« I wish I never knew you
Paintings by Saira Keltaeva » 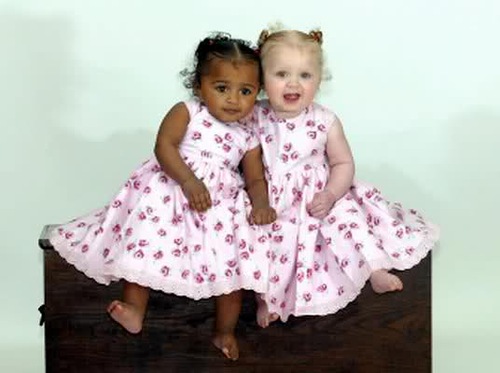 Black and white twin sisters Kian and Remee are 7 this year. One of them is black and has big brown eyes (Kian). And the other is a blue-eyed blonde with the palest of skin (Remee). They might share the same cheeky smile, but side by side, they could hardly look less alike. Yet remarkably, Kian and Remee are twins, born a minute apart. The odds of a mixed race couple having twins of different colors are a million to one. ‘And they don’t notice the color thing, not at all. They’ve grown up with light-skinned people around them, and they’ve grown up with black people. But they’re just themselves. They don’t see what everyone else sees. 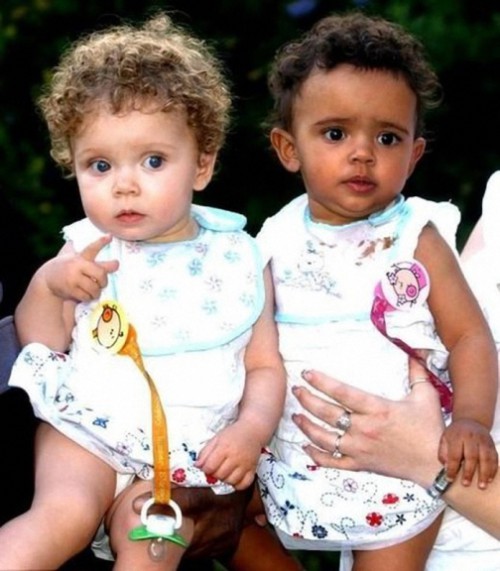 ‘They are such a perfect example of how it should be,’ their mother told. ‘They are not bothered about their skin color. It’s not the big issue everyone else seems to see it as. It isn’t important to them at all – it’s about what they’re like underneath.’

Meanwhile, in the below gallery – another set of twins with different skin colors.

British twin sisters Lucy and Maria were born with radically different coloring thanks to a quirk of their mixed-race parentage. Lucy and Maria Aylmer’s mother Donna is half Jamaican and their father Vince is white, and together they managed to produce one white twin and one black twin. ‘Most twins look like two peas in a pod – but we couldn’t look more different if we tried. We don’t look like we have the same parents, let alone having been born at the same time.’

The girls from Gloucester were born in January 1997. Their mother was astonished when she first saw the twins, as nothing on the scans had prepared her for their different skin tones. Fair-haired Lucy said: ‘It was such a shock for her because things like skin color don’t show up on scans before birth. ‘So she had no idea that we were so different. When the midwife handed us both to her she was just speechless.’

Non-identical twins come from separate eggs, so inherit different genes. The girls’ half-Jamaican mother carries genes for both white and black skin. By chance, Lucy will have inherited genes for white skin and Maria will have genes that code for black skin. People with Afro-Caribbean heritage often have some European DNA, dating back in many cases to the slave trade. This increases the chance of them passing on a gene for white skin to at least one twin.

The twins’ mother Donna is half Jamaican and their father Vince is white. The 18-year-olds have three older siblings, George, 23, Chynna, 22, and Jordan, 21. Lucy said: ‘Our brothers and sisters have skin which is in-between Maria and I. We are at opposite ends of the spectrum and they are all somewhere in-between. 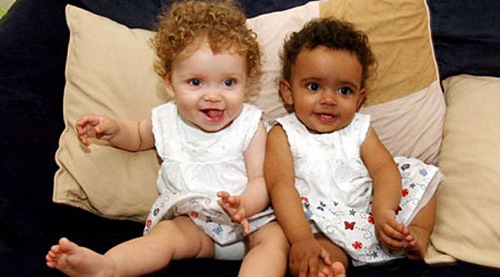 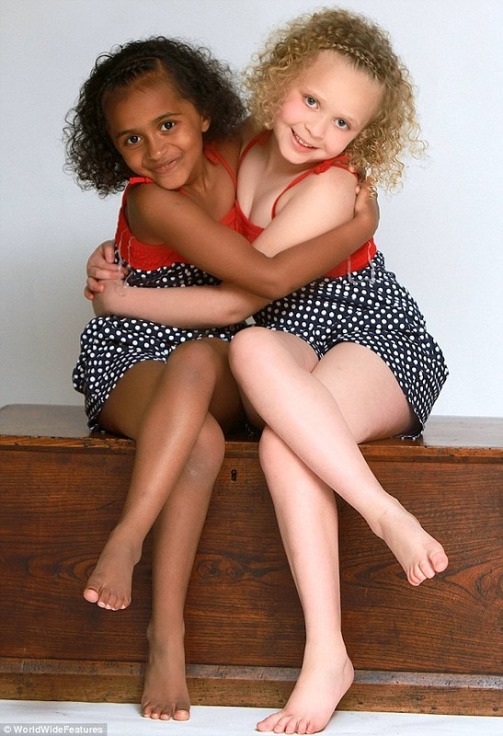 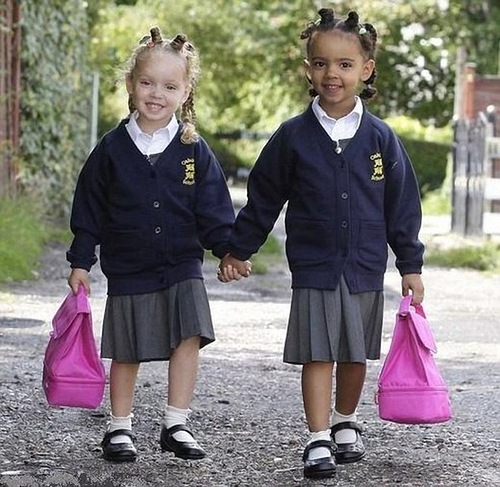 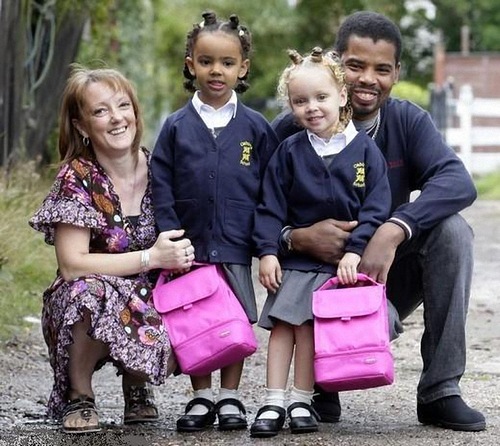 Proud parents and their daughters – Kian and Remee 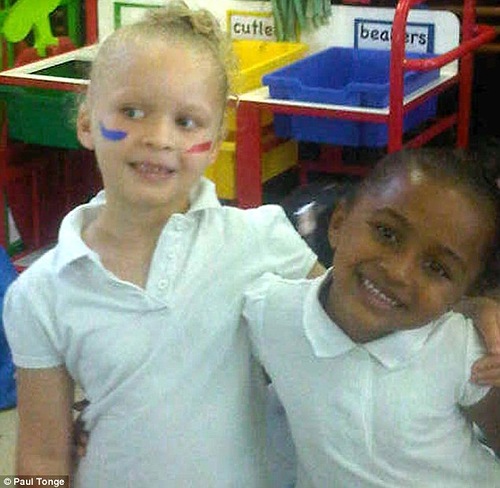 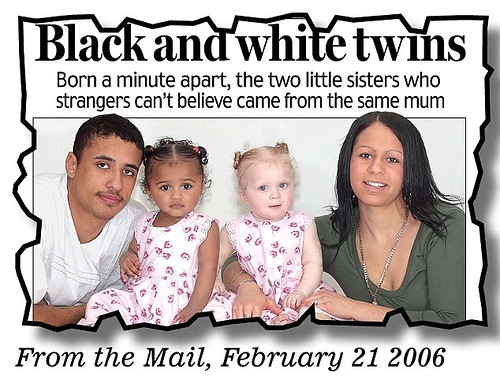 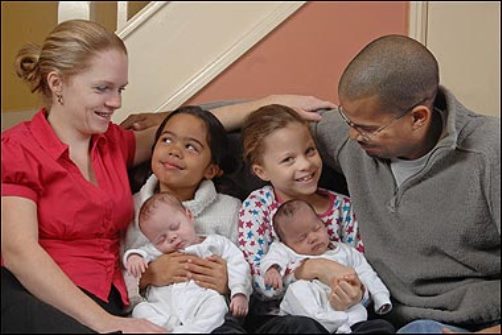 Alison and Dean Durrant with two sets of twins 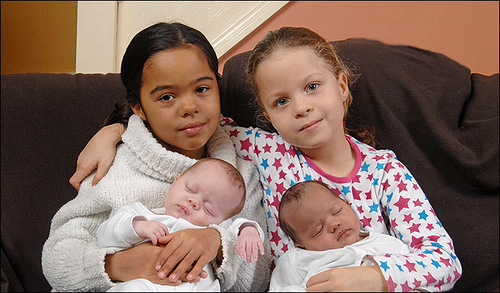 Another family – Alison and Dean Durrant with two sets of twins 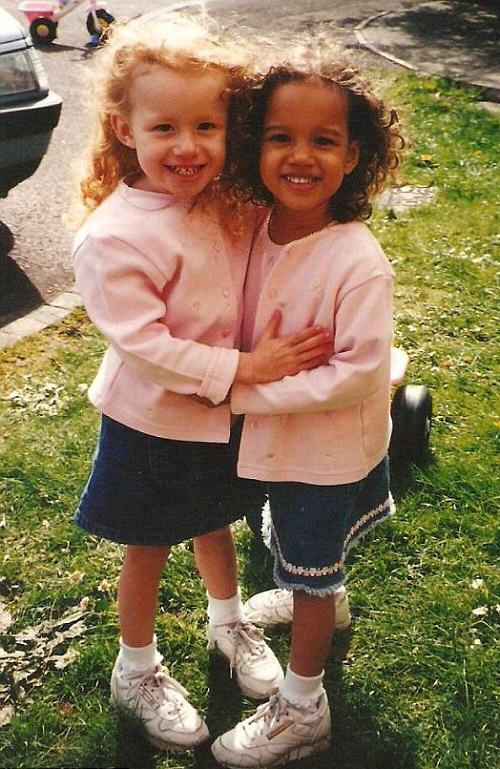 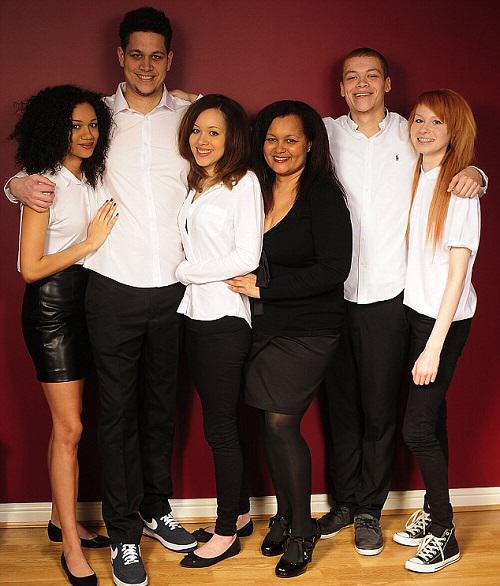 Maria and Lucy with their mother Donna and siblings George, 23, Chynna, 22, and Jordan, 21 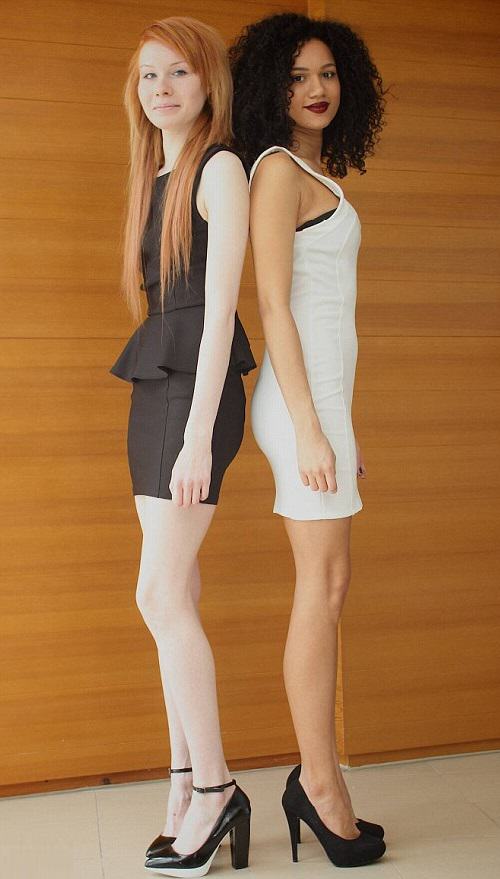 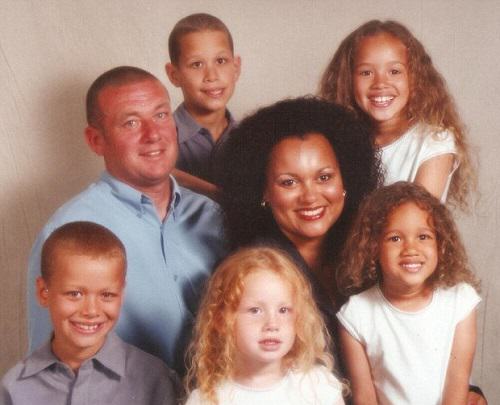