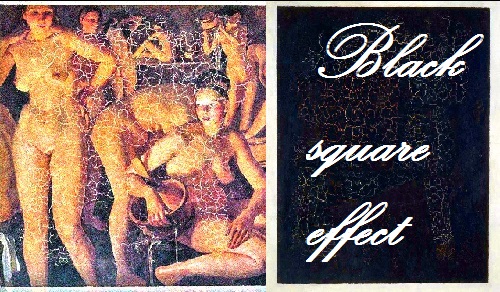 Black square effect. The latest methods of CT scan helped experts to detect hidden under a layer of paint image, explaining the mysterious magnetism of “Black Square”. According to the Register, “Sotheby’s” cost of this is estimated today at $ 20 million. In 1972, the English critic Henry Weitz wrote: “It would seem – what may be easier: on a white background – black square. Anyone probably could draw like that. But here’s the mystery: a black square on a white background – a picture of Russian artist Kazimir Malevich, founded at the beginning of the century, still attracts researchers and art lovers as something sacred, as a myth, as a symbol of Russian avant-garde. What explains this puzzle? … 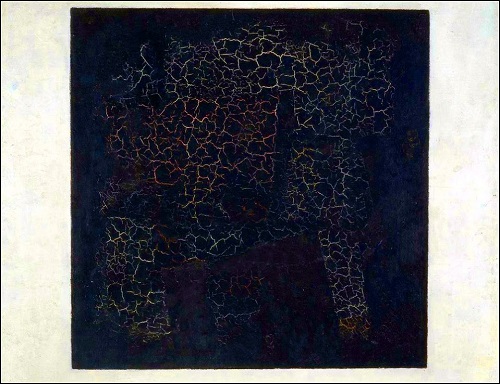 He continues: “It is said that Malevich, painting “Black Square”, for a long time told everyone that he could not eat or sleep. And he did not understand what did. Indeed, this picture – the result, apparently, of some complicated work. When we look at the black box, then under the cracks we see the lower layers of colorful – pink, purple, ocher – apparently there was a certain color composition, which couldn’t be recognized and recorded as a black square”.

Tomographic scanning in the infrared showed the following results: 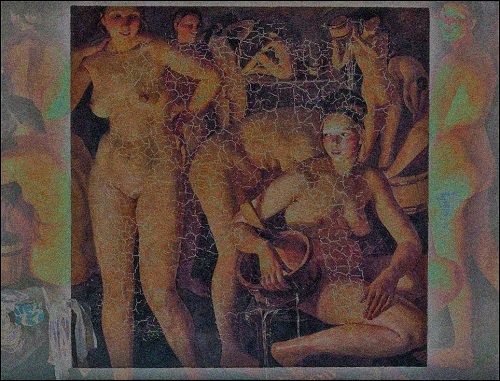 Tomographic scanning in the infrared showed the following results

The discovery has excited critics and cultural studies, forcing them to revert to archives in search of an explanation. 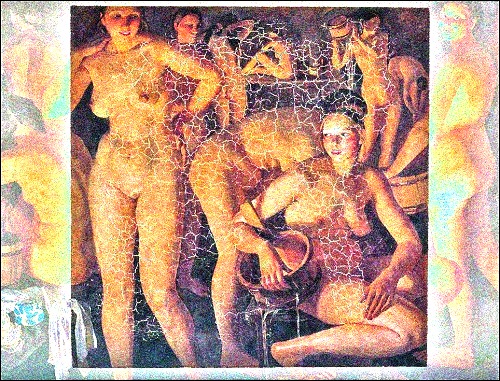 Here I used color filters on Microsoft editor, the same image as above

My investigation was very simple. The author of this painting can’t be Malevich, because the painting “Banya” belongs to Zinaida Serebryakova, 1913 (The State Russian Museum). The theory of hidden in black square beautiful image is just an attempt to explain the Black square effect.

Kazimir Malevich was born in Kiev February 23, 1879. He grew up a smart child, once he wrote a school essay: “My dad works as a manager at a sugar factory. But life is not sweet. All day long he hears how workers use foul language when drunk. So when he returns home he often swear on my mother. So when I grow up, I will be an artist. It’s a good work. No need to swear with the workers, to carry heavy loads, and the air smells with paint, not sugar dust, very harmful to health. A good picture is worth a lot of money, and is drawn for just one day”. After reading this essay mother Ludwiga (nee Galinovsky) gave him on the 15th anniversary a set of paints. And at the age of 17 Malevich entered the Kiev drawing school.

In August 1905, he arrived in Moscow from Kursk and applied for admission to the Moscow School of Painting, Sculpture and Architecture. However, he was not accepted. Malevich didn’t want to come Back to Kursk, he settled in an art commune in Lefortovo. Here, in a large house of painter Kurdyumov, lived about thirty “commune members”. Malevich had to pay for the room seven rubles a month – by Moscow standards, very cheap. In the summer of 1906, he again submitted the documents to the Moscow School, but he was not accepted for the second time.

From 1906 to 1910 Kasimir attended classes at the studio of Rerberg in Moscow. About this period of his life shed light letters of the artist to musician M. Matiushin. One of them describes as follows. To improve his finances Kazimir Malevich began working on the series of paintings about the women’s bath. Paintings were sold not expensively, besides, nudes required additional payment for models, but at least he had some money.

One day, after working all night with nudes, Malevich had fallen asleep on the couch in his studio. In the morning there came his wife to take from him some money to pay for the grocer’s bills. Seeing beautiful painting, she seethed with anger and jealousy, grabbed a big brush and painted the canvas with black paint. Waking up, Malevich tried to save the picture, but useless – the black paint was already dry. Critics believe that at this moment Malevich was struck by the idea of ​​”Black Square”.

The fact that many artists long before Malevich tried to create something similar. These paintings are not widely known, but Malevich, who had studied the history of painting undoubtedly knew about them. Here are just a few examples.

Malevich called the Black Square a ‘naked icon without a frame’, and himself a ‘President of space’. He openly declared his intention to ‘kill the art of the picturesque, and put it in a coffin.’

This success came to Malevich only once, in 1929, when Lunacharsky made ​​him The People’s commissar of Narcompros. As part of this post Malevich took his “Black Square” and other works for the exhibition “Abstract and Surrealist painting and plastic” in Zurich. It was followed by his solo exhibitions in Warsaw, Berlin and Munich, where he also published his new book “The World as pointlessness”. The fame of the Malevich’s Black Square went all over Europe.

From Moscow colleagues did not escape the fact that Malevich used his position not so much for the international promotion of Soviet art, but as propaganda for his own creativity. And on his return from abroad, fall of 1930, Malevich was arrested by the NKVD after being denounced as a “German spy”. However, thanks to the intercession of Lunacharsky, he spent in prison only 4 months, although had lost the position of The People’s Commissar of Fine Arts” forever.

However, it should be noted that the name of Malevich is forever inscribed in the history of art. His “work” is the most vivid illustration of the laws of psychology, according to which the average person is not able to think critically and independently distinguish “art” from “non-art”, and in general the truth from falsehood. The majority is guided primarily by recognized authorities, making it easy to convince public opinion in the fidelity of any, even the most absurd statement. In the theory of “mass psychology”, this phenomenon is called “the effect of the Black Square“. On the basis of this phenomenon Goebbels formulated one of his basic tenets – “A lie, repeated in the newspapers a thousand times becomes the truth”. Sad scientific fact, widely used for political and public relations in many countries.

And, finally, one of the most absurd paintings sold for millions: 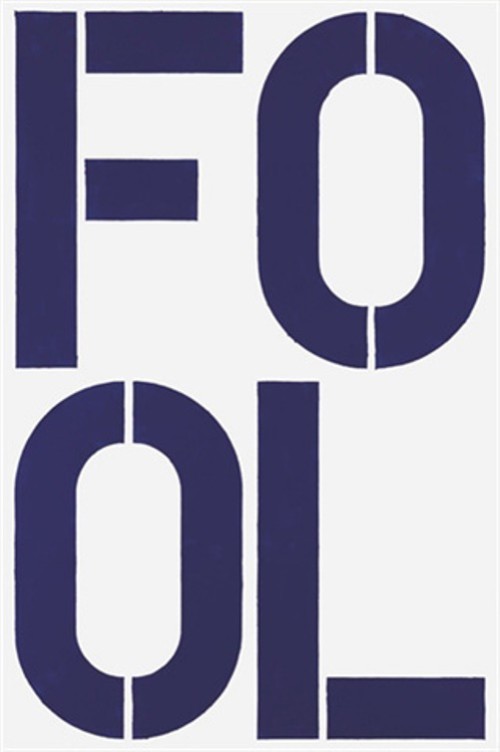 And finally a picture with the symbolic name “Blue Fool” – the most fitting end of this article. It is difficult to resist to Christopher, who specializes in writing words on canvas, and had good laugh when the painting was sold. Bravo, Christopher! 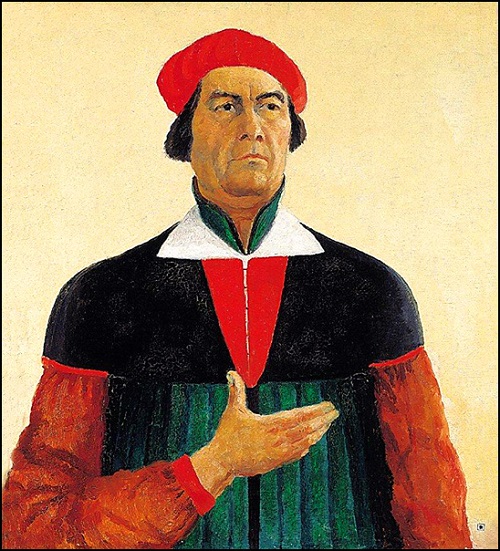 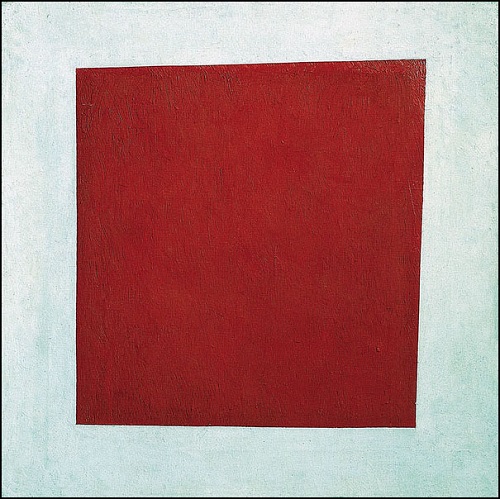 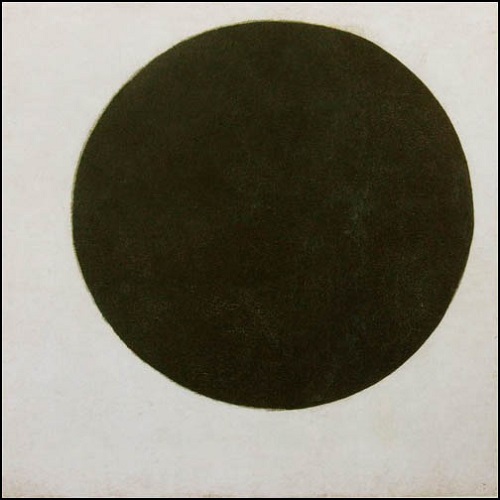 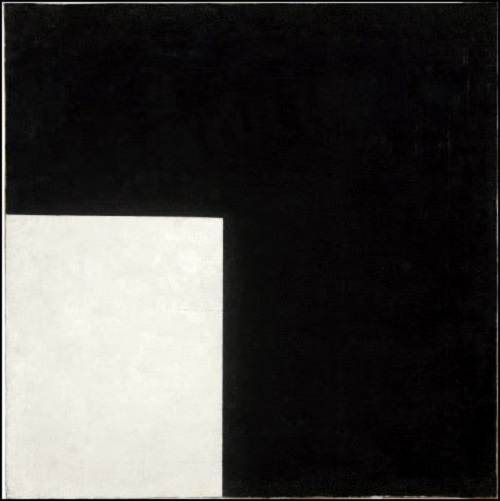 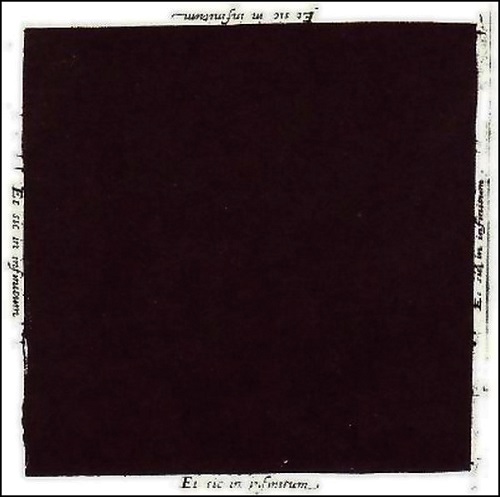 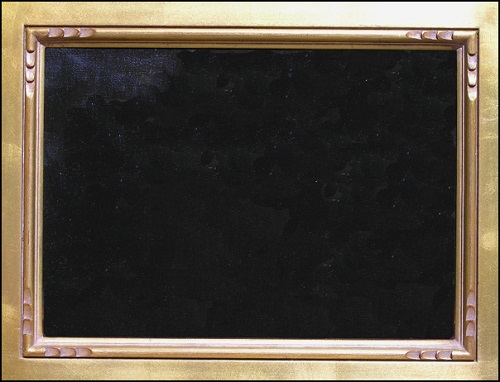 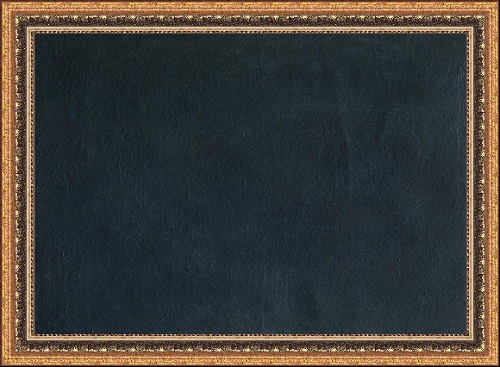 Paul Bilhaud, ‘Negroes Fighting In a Cellar at Night’, 1882 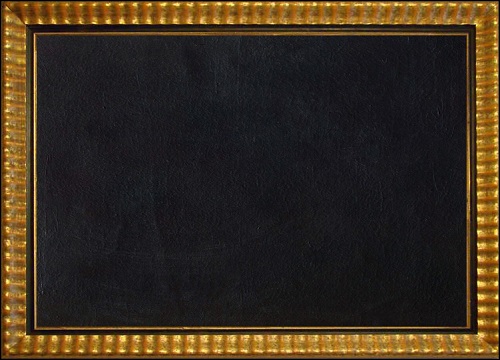 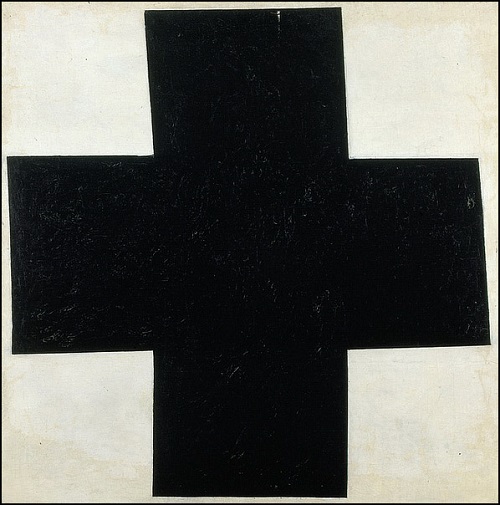 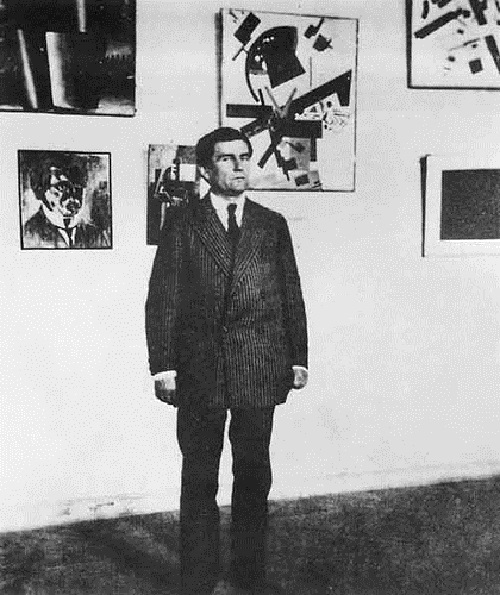 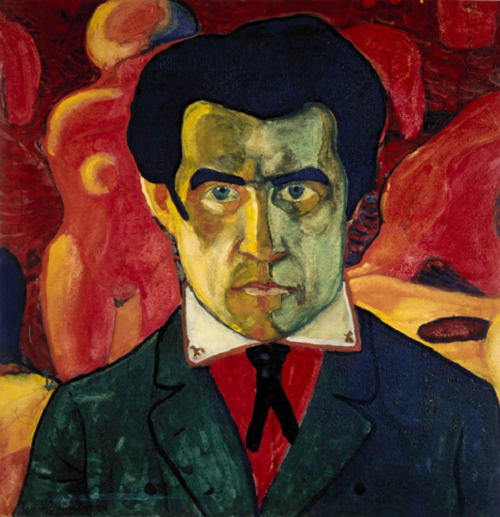 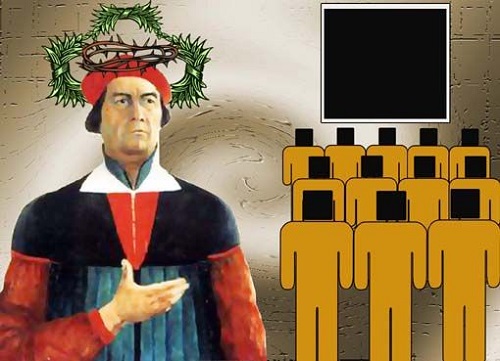 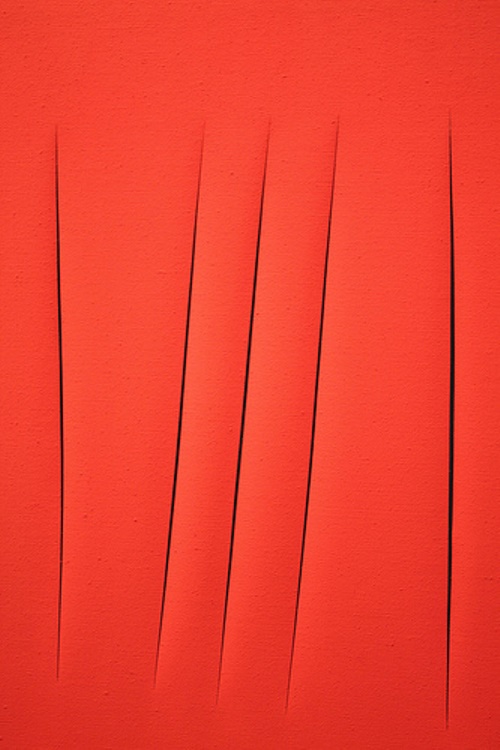 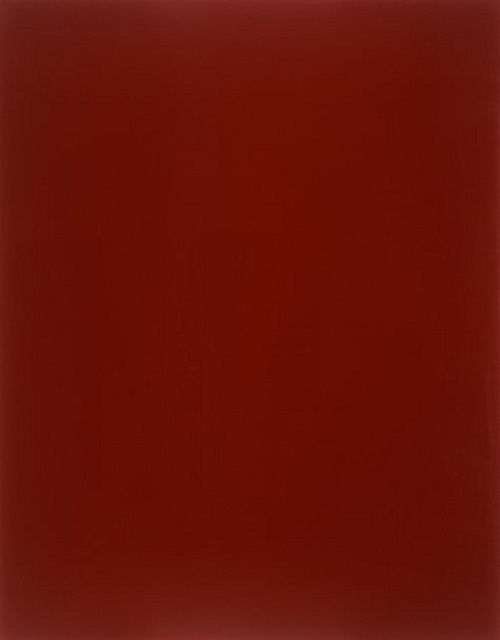 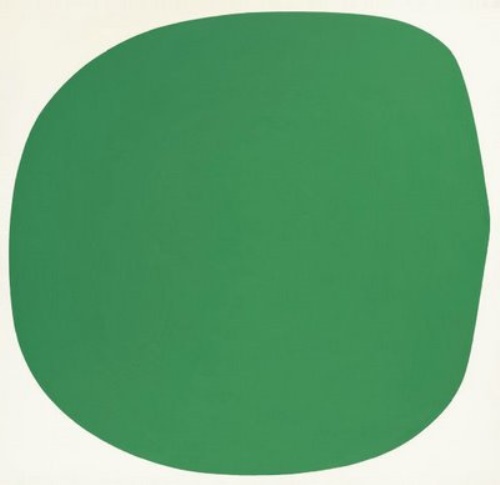 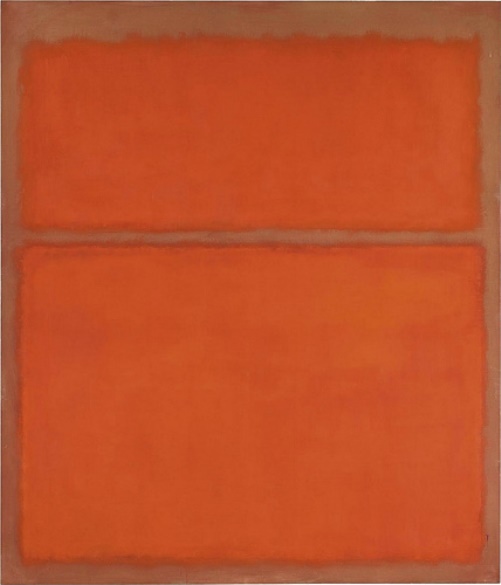 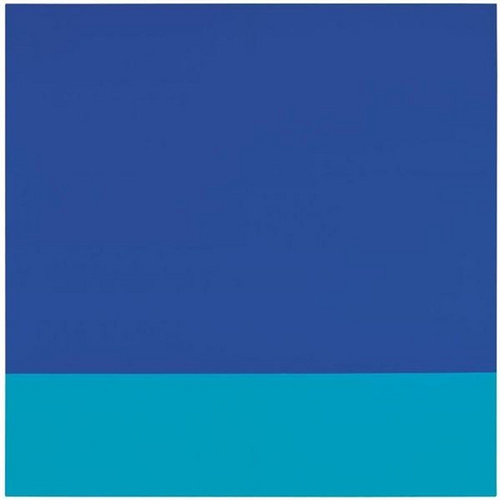 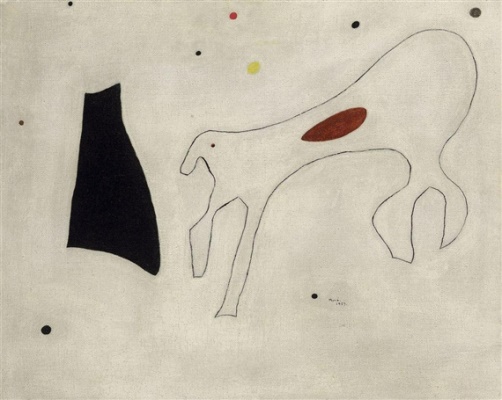 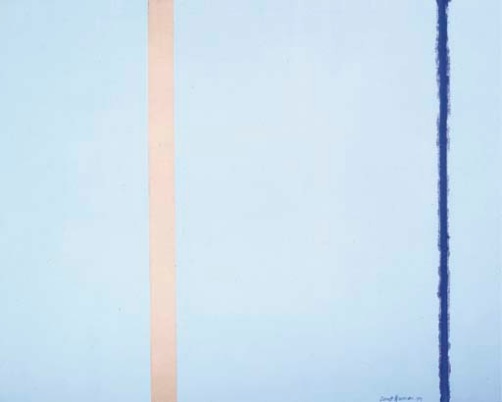 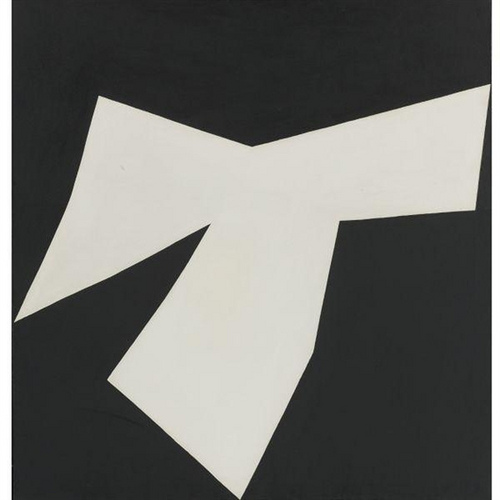