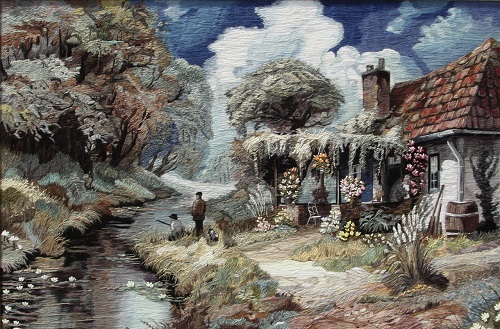 Born in 1945, in Kursk, Nadezhda Liberova graduated from the Moscow State Pedagogical Institute named after Lenin. While Nadezhda was working as a school teacher (for forty years), at the same time she was engaged in various kinds of creativity: khokhloma, batik, collage, crochet and macrame. Since 2000, she began her creative career in artistic embroidering. Since 2004, Nadezhda Liberova has been a member of the Creative Union of Artists of Moscow. She participated in exhibitions in the house of creativity in Parnu (Estonia), in the exhibition hall of the Union of Artists of SEAD Moscow “Springs” in October 2007, her solo exhibitions took place in 2003, 2004, 2005. 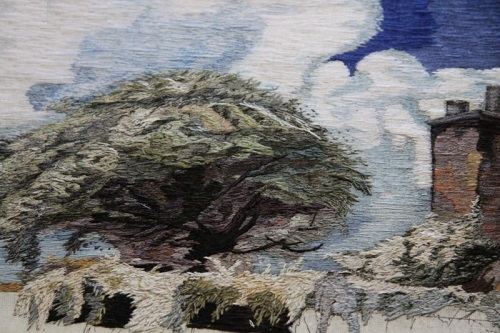 Nadezhda Liberova works a lot – ten, and sometimes fourteen hours a day. All paintings are totally different, not repetitive. Time length for work is different, depending on the complexity, size, and can range from one month to six months. Throughout the last twelve years, Nadezhda’s husband helped her, thanks to him she could do so much work. April 7, 2012 he passed away.

Embroidery stitch art – is a creative process that requires some knowledge of the principles of building shapes and fundamentals of color science (of dyeing), as well as attention, perseverance and diligence to furnish details of the future picture. Stitch embroidery technique can accurately simulate brush strokes, allowing the needle to draw landscapes, still lifes, genre scenes and even portraits. To create each embroidery requires hundreds of different shades of yarn. Each embroidered piece – the months and years of creative, hard work of the master. 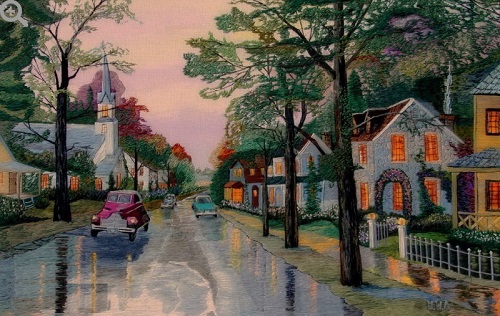 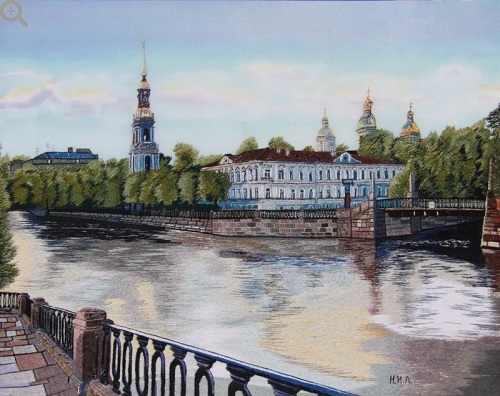 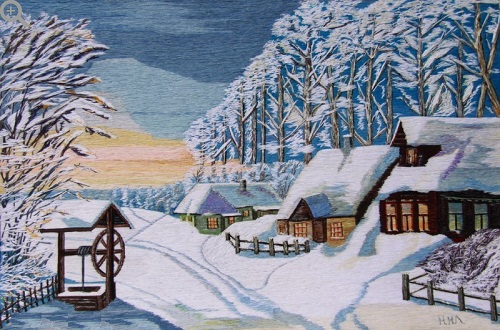 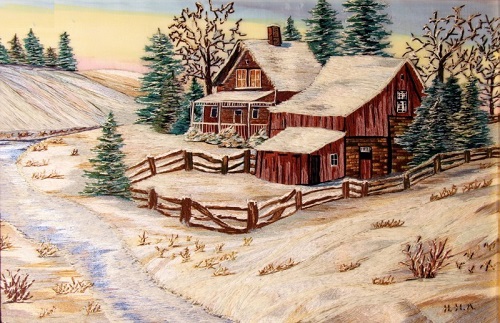 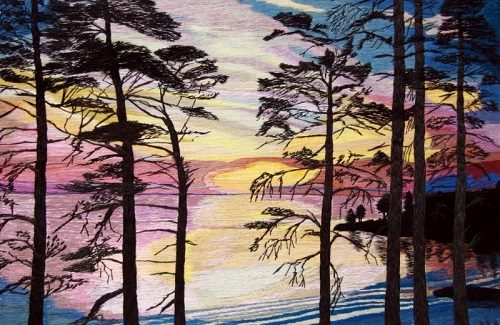 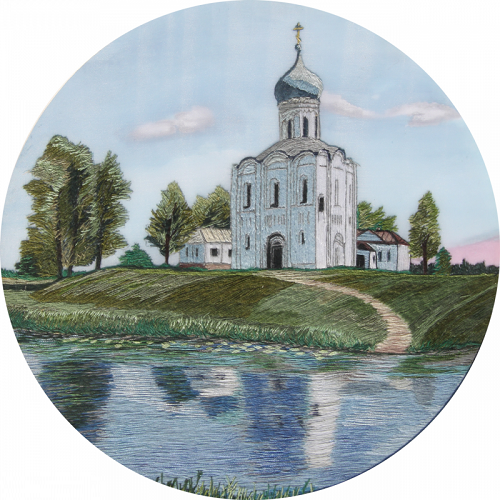 The Church of the Intercession on the Nerl 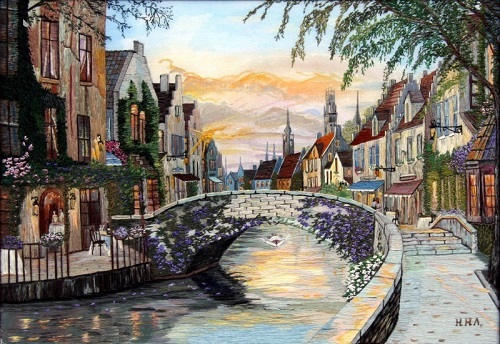 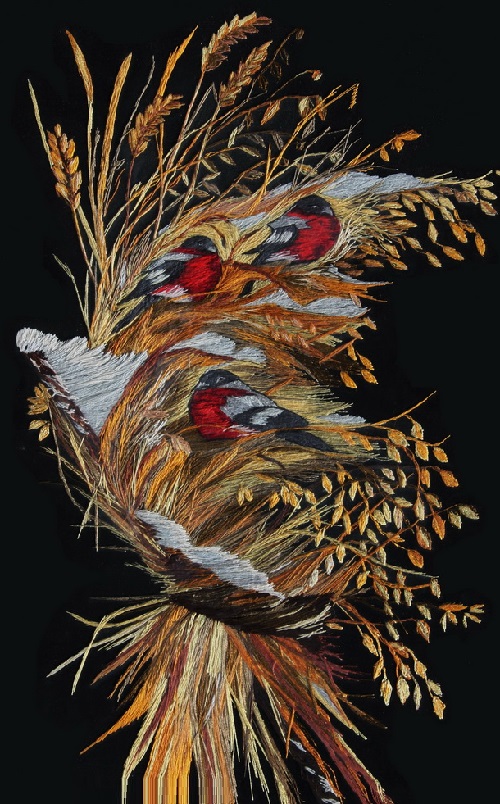 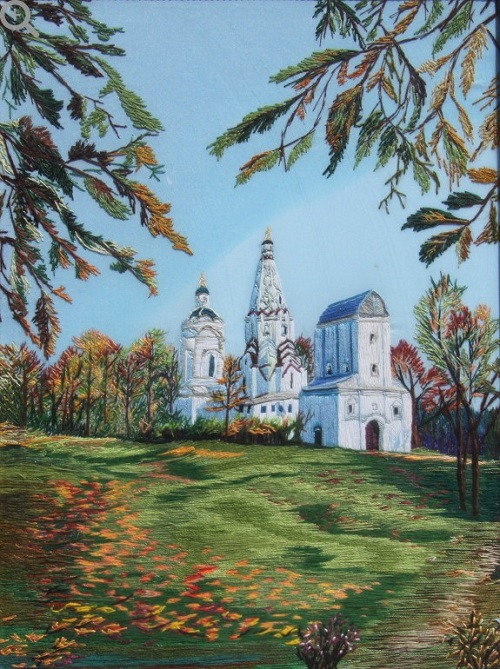 Cathedral of the Ascension in Kolomenskoe, Moscow. 2012 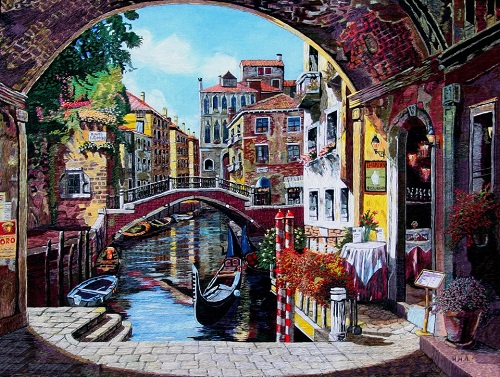 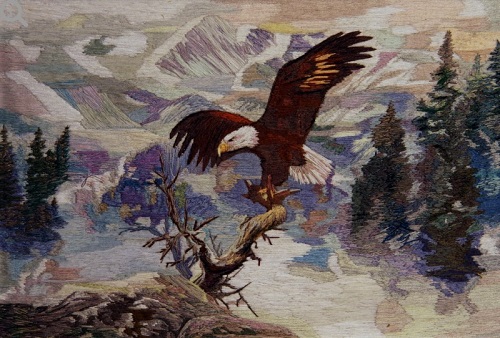 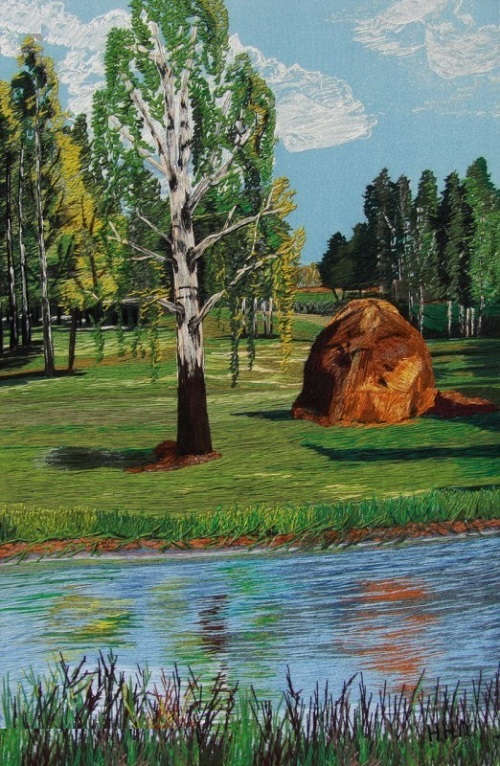 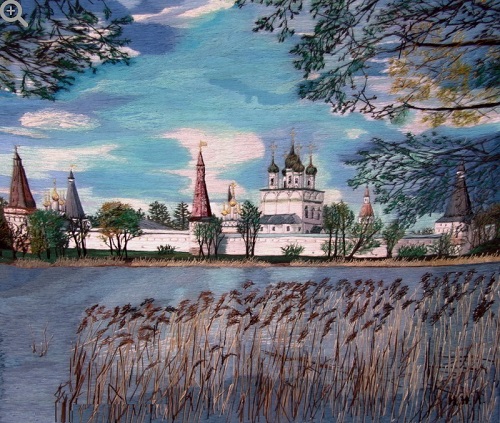 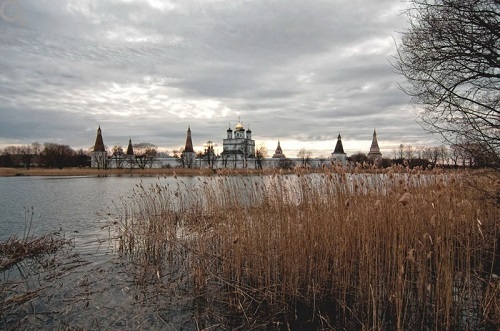 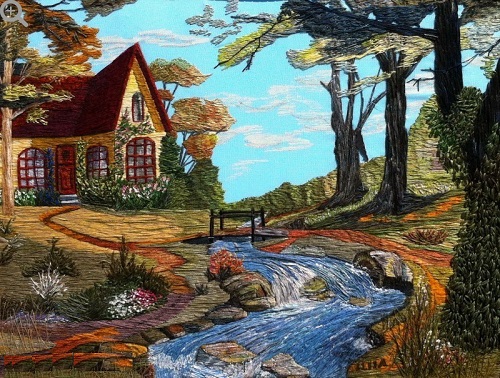 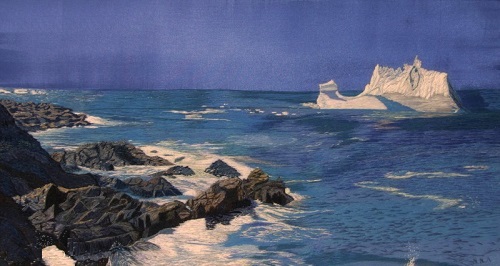 Iceberg. 2006. The picture embroidered on a natural dark blue fabric 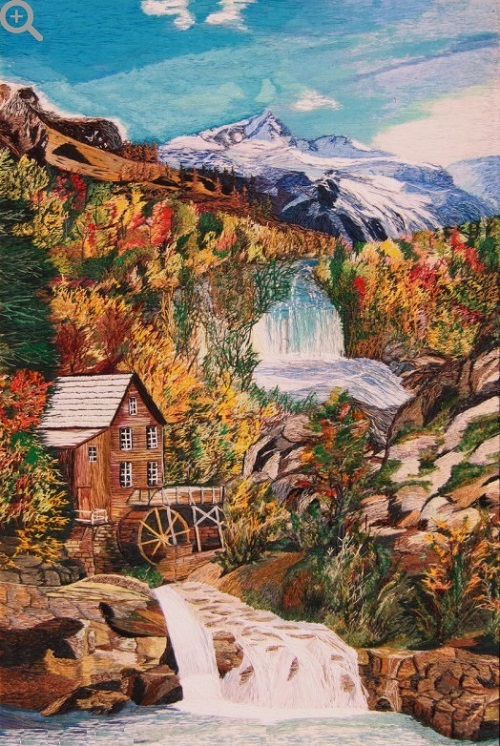 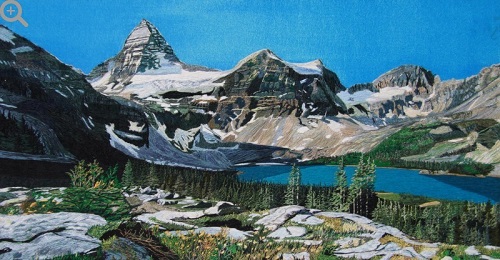 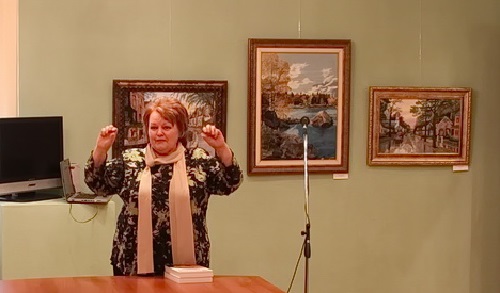 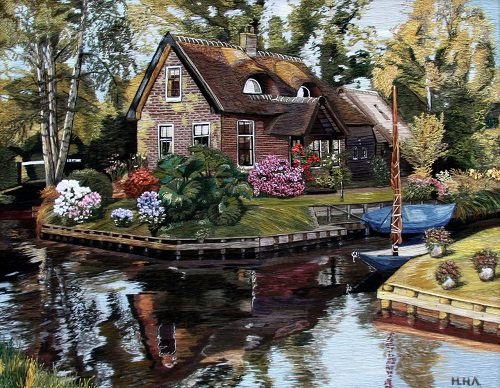 Sitch Embroidery. Rural landscape. Giethoorn. Netherlands. (A simple sketch by author, then she ‘draws’ everything with the needle and thread)