« Painted houses of Stein am Rhein
Monuments to photographers and cameras » 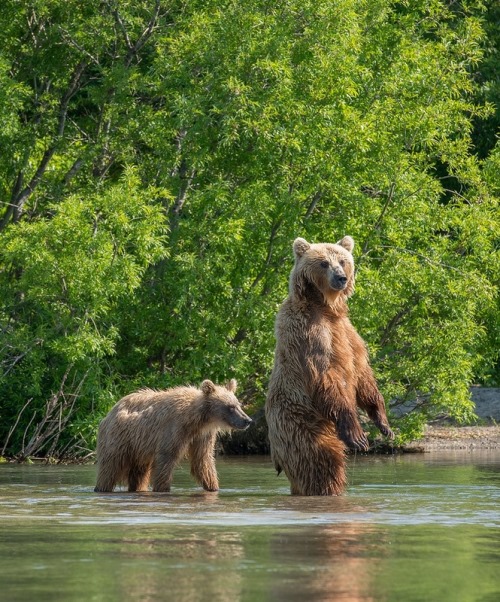 Kamchatka bears on Kurilsky lake
Formed 8-50 thousand years ago, Lake Kurilsky on Kamchatka peninsula is 300 m deep and 12 km long. The lake is famous for its wonderful landscapes, surrounding volcanoes, and also for bears, and there are plenty of them here. In fact, the lake is full of salmon, that’s why bears are never hungry here. Meanwhile, according to researchers, up to 1.7 million fish use the lake and its tributaries for spawning. The reason of Kamchatka bears’ non aggressive behavior is their fish “diet” that they have preferred to the meat. However, the place inhabited by bears is surrounded by an electric fence to stop the animals from attacking people. They stay on their territory and forget about people. So, the fence is just a restricting factor. 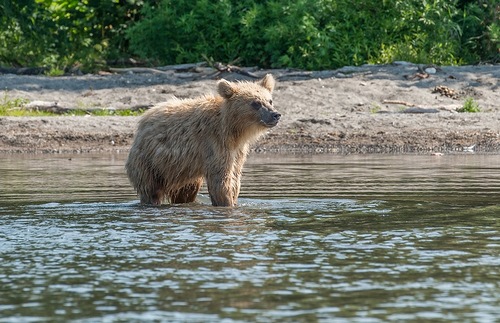 Measurements of the numbers of salmon entering the lake and the spawning of juvenile fish are conducted by observation stations (manned by the Pacific Research Institute of Fisheries and Oceanography, which is located on the western shore of the lake. 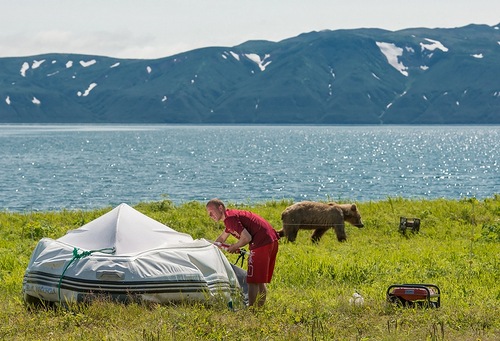 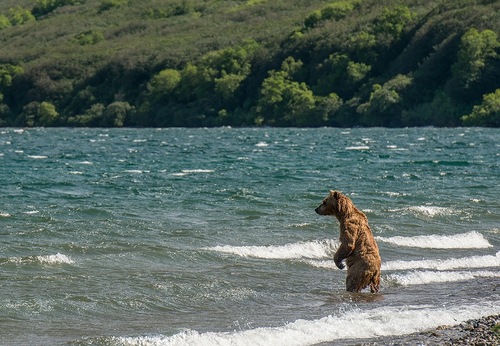 In search of fish 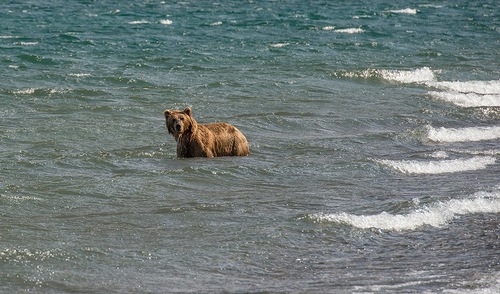 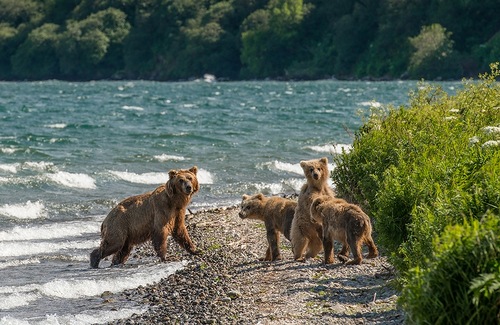 While catching fish, mother bear gives a lesson to her cubs 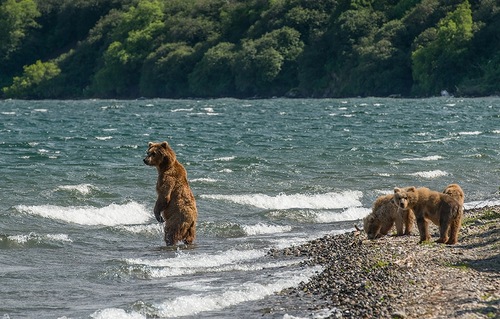 Little bears stay on the shore 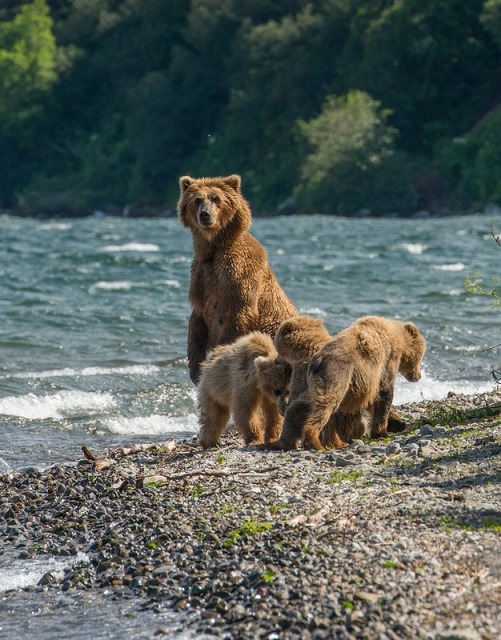 Mother bear with her cubs 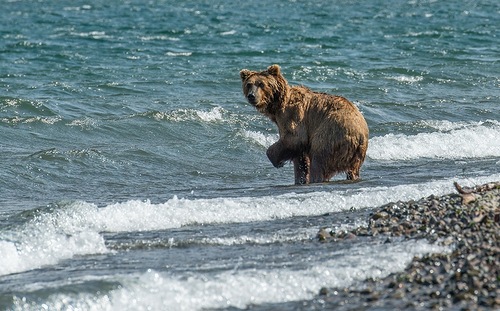 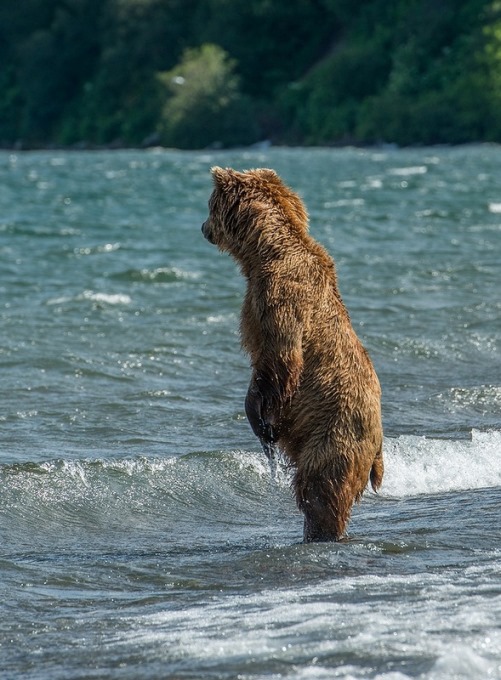 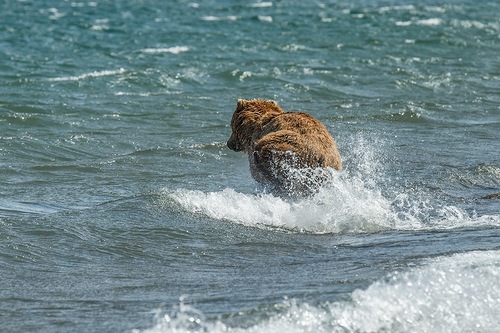 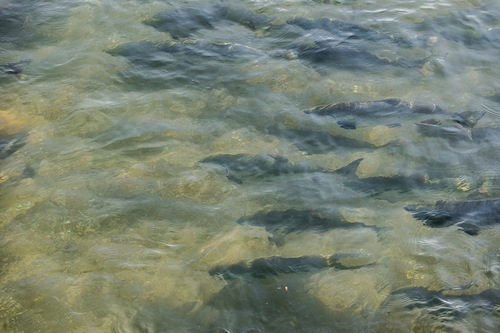 The lake is the largest spawning ground for sockeye salmon in Eurasia, and second in the world only to Alaska 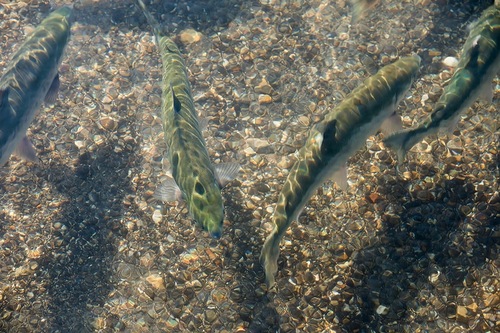 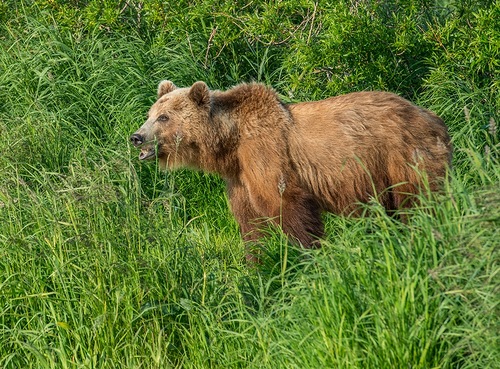 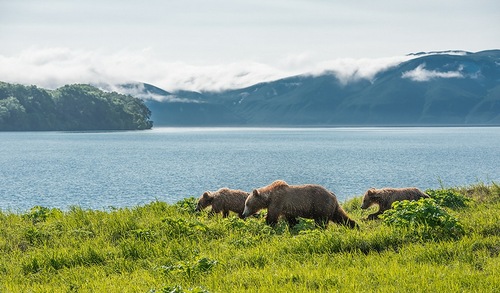 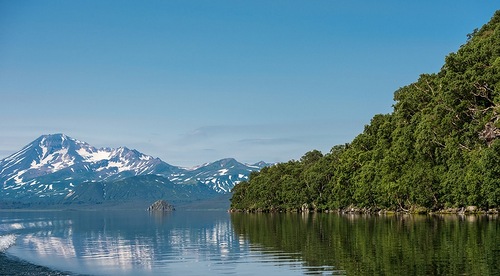 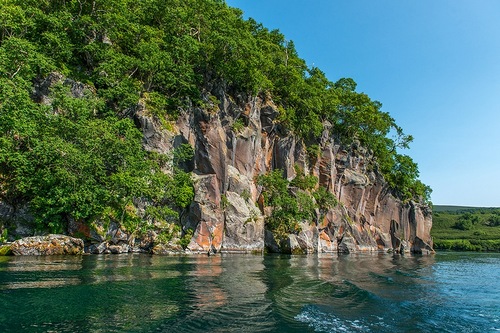 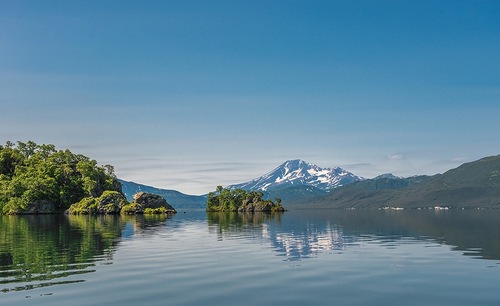 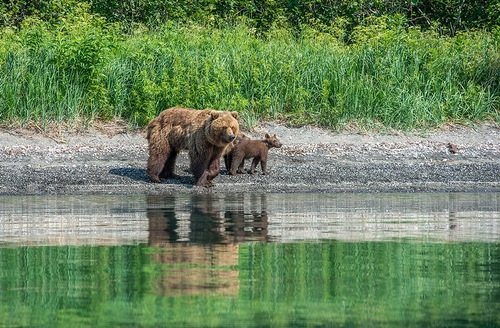 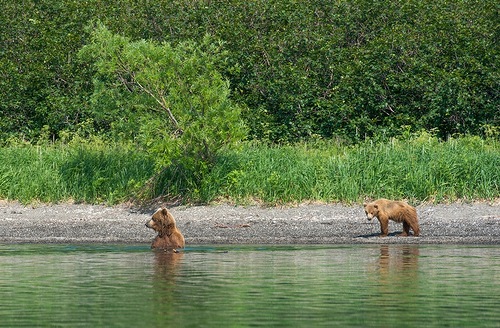 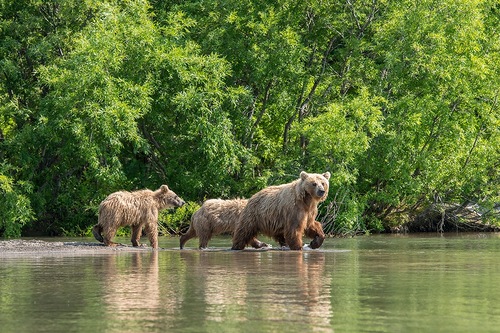 Photo of bears on Kurilsky lake