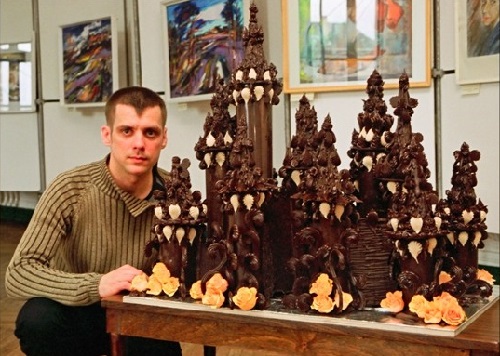 Cake wizard Aldis Brichevs
38 year-old Aldis Brichevs has more than 10 years of “chocolate experience”. He advises cooks, and in his free time in the studio mixes the chocolate molds and various goodies out of it, which then gives to children. Now Aldis has come to Moscow to become better acquainted with the famous palace in Tsaritsyno. Born into a large family – seven brothers and two sisters, his mother died when the boy was barely fifteen. His father started a new family. The remaining relatives told Aldis to feed himself – “you are not a disabled”. So, young Brichevs faced adulthood: cleaning barns, milking cows on a private farm … To the question “How did you become a pastry chef? ” – Aldis gives a very vital explanation: – As soon as I was left alone, had to constantly think about how to feed myself. 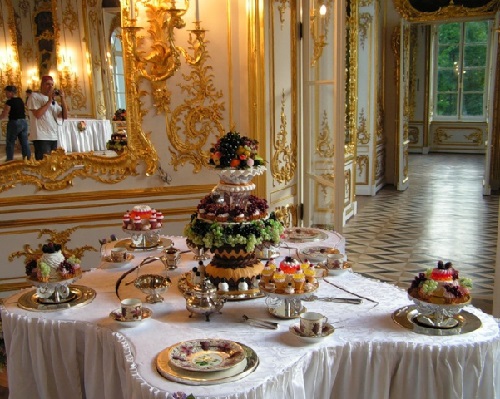 Aldis once caught the announcement of the hiring: a nearby farm required a confectioner. “To take me or not, the commission decided. Well, who am I? No school, no education. I came in holey shoes, having grabbed a pillow and sheets – there was nothing more at home. Judges with certificates and diplomas immediately said “no”. But one of them was an elderly woman who said: “I believe he will be a pastry chef”. Apparently, her voice was important, so I got the job. It was in 1989.

Aldis has reached the level of the student for two months – some spend on it for several years. And two years later became a master, but he admits that he is self-taught. After a few years in the distant city of Valmiera announced a contest among confectioners, which will be attended by people from all over Latvia. But Aldis was not warned that we must take materials and tools. He took the last place. But the Swedes, the organizers liked how he managed with the situation, and invited him to study in Sweden.

In his collection – dozens of unusual projects. For example, a 100 -pound Edole Castle, when it was placed on the table, it reached a chandelier. On the 860th anniversary of Moscow Aldis made ​​a crown of live orchids and chocolate. Another masterpiece – Trans-Siberian Express: height of about 60 cm and a length – four meters. Express train carriages are filled with candy, about 70 kg/ Aldis gave the cake to the children from the orphanage. For one of the charity festivals Aldis did castle “Swallow’s Nest”.

Cake wizard Aldis Brichevs is the only in the world pastry chef who creates these masterpieces, and this is not the most simple craft, to which he devoted his life. 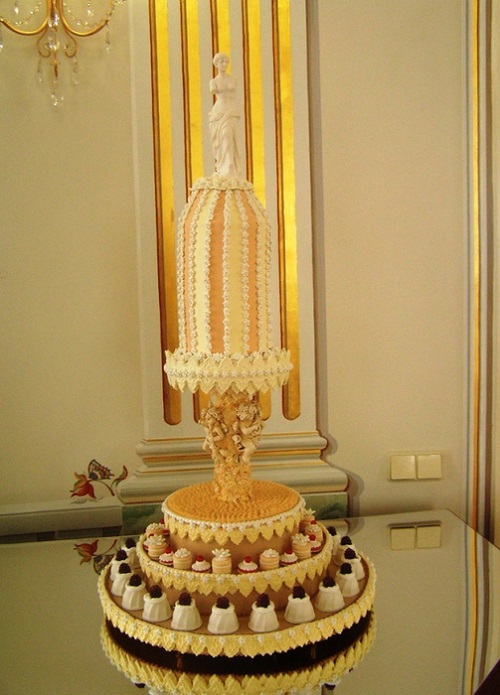 Cake ‘Aphrodite’. Made of sugar by the engraving of the XIX century Marzipan, sponge cake with praline cream on a plinth decorated with flowers, angels

On the first floor of canape cake – Pudding decorated with berry mousse. On the second floor, Marshmallow “Kolomna, Nougat”. Sweet masterpieces in the style of «Piece Montee» (from the French “Assembled from parts”) performed by a pastry master, chef Aldis Brichevs, made on the surviving prints, dated 1751. 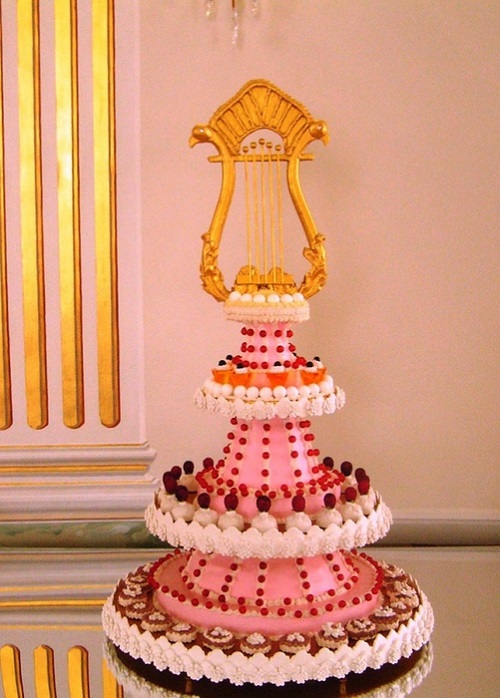 Cake ‘Lyre’ – (I quarter of the XIX century. era of Empire). Made by Cake wizard Aldis Brichevs

Cake ‘Lyre’ – (I quarter of the XIX century. era of Empire). Three- tiered “hill-cake” on the board. On the first floor, Small sized gingerbread decorated with lights. On the second floor – canape cake “Blancmange decorated with blackberries”. The third tier – canape cake “Peach jelly on baked Bourgeois with cream”. The composition is crowned with a golden lyre. 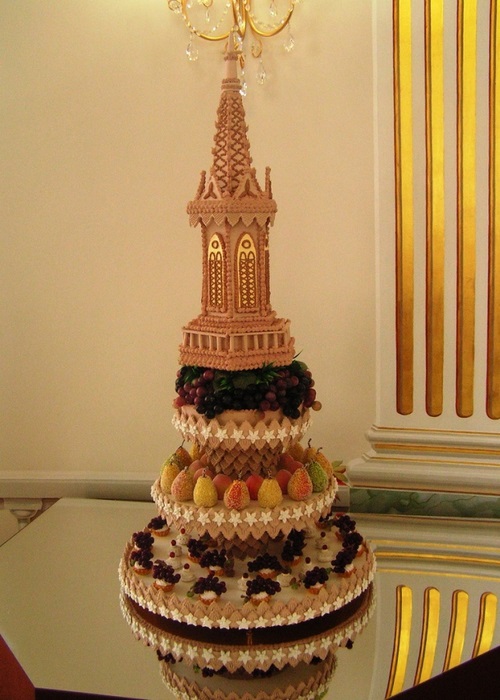 Birthday cake ‘Gothic Tower’ (the last quarter of the XIX century. 1840). On the first floor – canape cake “tartlet pastillage with berries. On the second floor, Candied fruit. The third tier – Bunches of grapes. The composition of the tower is decorated with sugar in the style of Gothic. Sweet masterpieces made ​​by the wizard – confectioner Aldis Brichevs on the surviving prints, dated 1751. 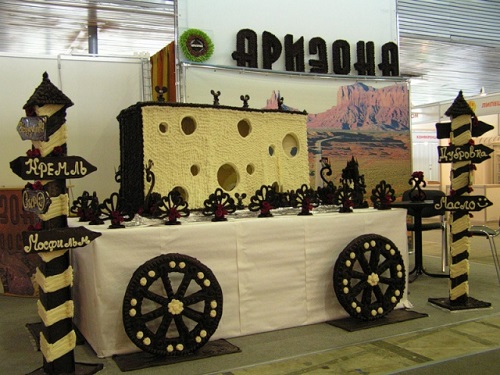 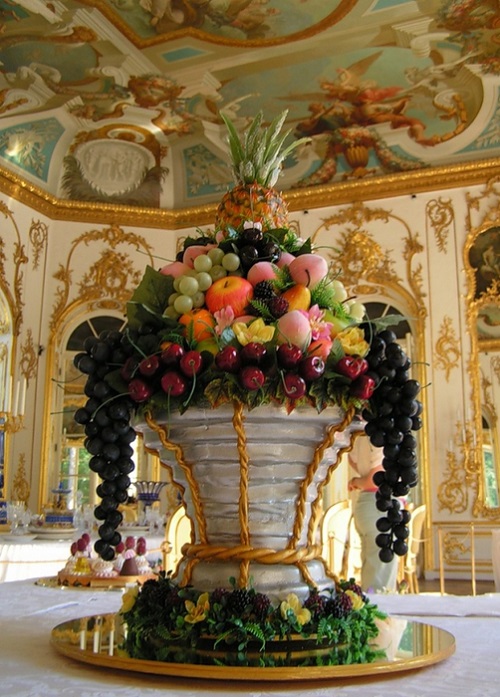 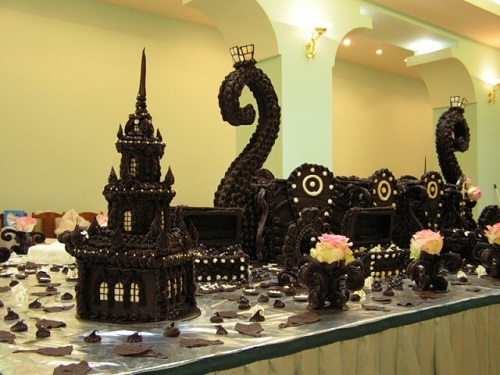 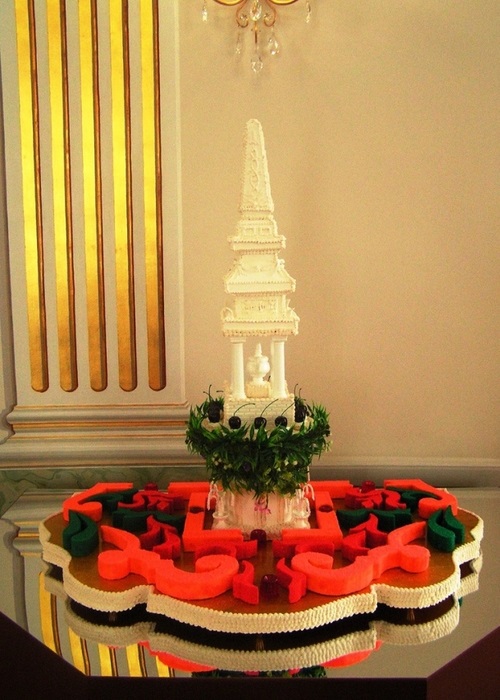 ‘Parter’ with the obelisk in honor of the victory 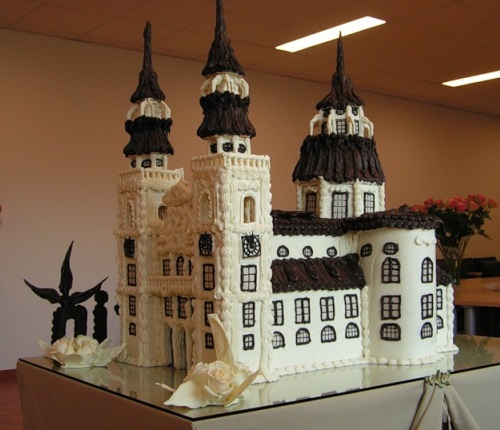 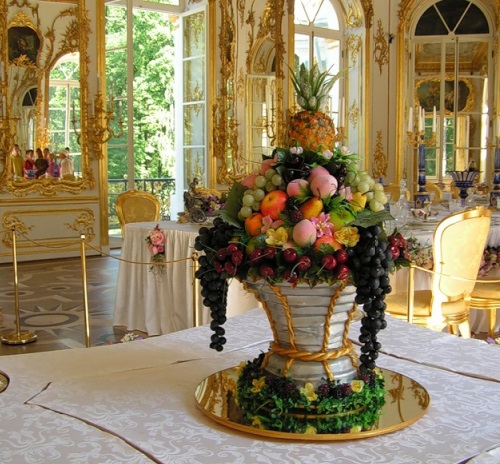 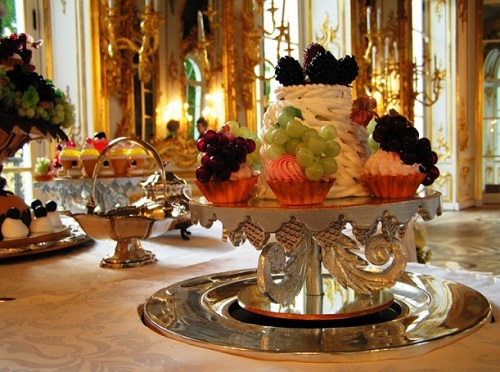 Dessert for emperors and kings, created by Aldis Brichevs