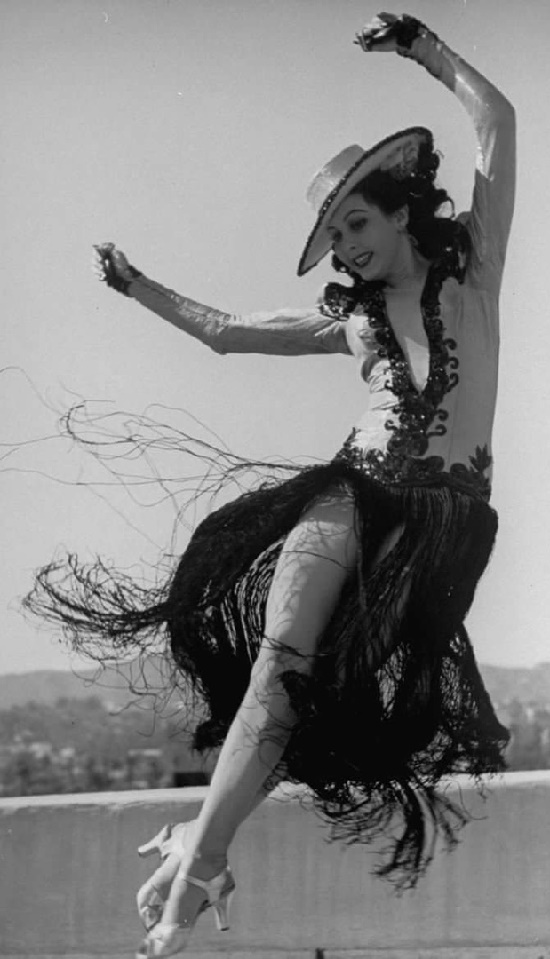 Tap Dance Queen Beautiful Actress Ann Miller
Born Johnnie Lucille Collier April 12, 1923, Ann Miller became especially popular in 1940s-1950s, American dancer, singer and actress. Famed for her speed in tap dance and called Tap Dance Queen, she could tap 500 times per minute!
Little Johnnie Lucille (real name of the actress) was ill with rickets, so at least somehow to reduce this ailment, the parents gave their daughter to dance classes. Ann fulfilled her childhood dream and played several performances on Broadway. Noteworthy, in the late 1940s, Ann Miller introduced pantyhose into everyday life. Thus, she solved the problem of constantly tearing stockings during the dance performance. Traditionally, stockings were sewn to the underwear of a dancer, and if even one stocking torn, the dancer had to completely change the whole design. That’s why Miller asked for herself to make pantyhose, which could easily be replaced with another pair, if torn.
END_OF_DOCUMENT_TOKEN_TO_BE_REPLACED 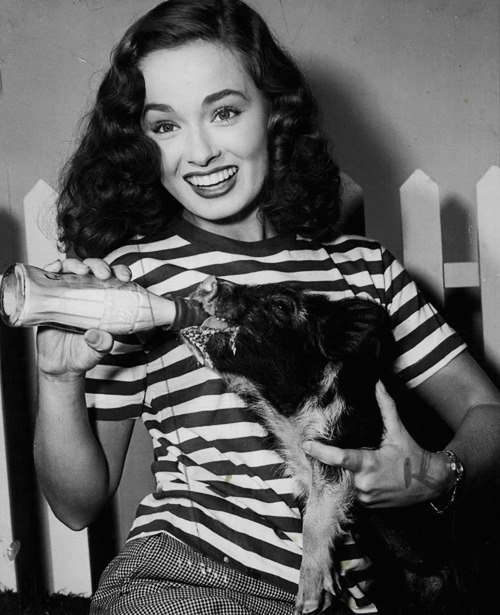 1940s Hollywood star beautiful actress Ann Blyth
Born 16 February 1928 in a provincial town of New York state, Ann Blyth was the second child in the family of Harry and Nan. Unfortunately, her parents divorced soon after her birth. As a result, the mother with her two daughters had to survive. Besides, this was the peak of the worst economic crisis, known as the Great Depression. Father never provided any assistance to his family and appeared only when Ann had already become a famous actress.
Raised by her mother in Catholic traditions, Ann, however, has shown great singing and acting talents since childhood. Noteworthy, 13-year-old Annd debuted on Broadway, and at the age of 15 she became a Hollywood actress! When Ann was 18, her mother died (June 1946).
And the peak of her popularity in Hollywood was in the middle of the last century. In fact, nature has endowed Ann in full – she had an attractive appearance, and innate acting talent. And most importantly, she sang beautifully, having a soprano professionally delivered voice. Thus, she had everything to achieve success in the world of show business. The actress successfully starred both in musicals and in films of other genres – dramas, noir, comedy, westerns, adventure and historical.
END_OF_DOCUMENT_TOKEN_TO_BE_REPLACED 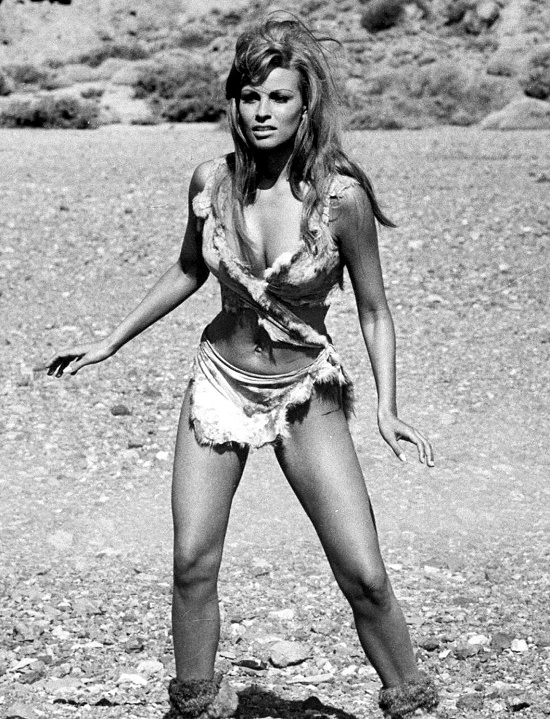 Beauty Icon and New Woman Raquel Welch
“I am Myra Breckenridge, and no man will possess me … I’m a New Woman … a creation of imagination, a dream that embodied the eternal desire of all women to regain the dominant position they had lost in the Bronze Age …”
This self-characterization belongs to Myra Breckinridge, the heroine of the eponymous novel by American writer Gore Vidal. Written in the now popular genre of satire with elements of fiction, Vidal’s novel tells of the transformation of a man named Myron into a woman named Myra. And the cinematic career of this super-woman who set herself the goal of winning Hollywood and through it the whole male half of the human race.
The book was a success and, of course, Hollywood immediately bought it. Then, a curious thing happened. Hardly had the film been put into production, as it became the subject of scandalous gossip on the pages of cinematographic and general press. The Time Magazine wrote: “Since the days of Cleopatra, not a single film has caused so much gossip, speculation, and expectations – up to backstage skirmishes …”
Gossip and skirmishes in many ways related to the choice of the performer of the title role. At first, it was assumed that Elizabeth Taylor would play the role of Myra. Reports about this have already appeared in the press, and journalists have speculated how the superstar of Hollywood will handle with the role of superwoman…. However, filmmakers announced: they invited one of the rising stars of modern cinema, Raquel Welch to play Myra.
In addition, the author of the article in Time magazine called Raquel Welch “America’s response to Ursula Andress.”
END_OF_DOCUMENT_TOKEN_TO_BE_REPLACED

Hollywood beauty Anne Jeffreys
One of the most beautiful and elegant actresses of Hollywood passed away last year. Anne Jeffries has always been for me the standard of how to beautifully age. What a naturally beautiful and charming woman. A Southern Belle from North Carolina…
Born Anne Carmichael in 1923 in Goldsboro, North Carolina, the girl was fond of classical music since childhood. But as a result, preferred a model agency to the conservatory. The naturally stunning Anne began modeling in New York then turned to acting, debuting in La Boheme in 1940. Participation in this production opened her way to the big screen, and in 1942 she made her debut in the musical “I’m Married to an Angel”. She starred with Nelson Eddy and Jeanette MacDonald in their last pairing.
END_OF_DOCUMENT_TOKEN_TO_BE_REPLACED

1960s beauty icon Swedish actress Britt Ekland
From time to time it is worth remembering the past, at least to understand how beautiful it was, how light and easy we sometimes were without putting any effort.
But in our time, permanent selfies, cheap cosmetics and fashion for everything that is shocking, contradictory and scandalous (thanks to the reality show), we gradually lose some subtle, elusive sense of style.
Sex appeal is now much more aggressive than 50 years ago. Clothes become more and more frank, the cult of the ideal body gradually takes fanatical turns, and the main tasks and goals of youth are becoming simpler and easier.
But do we have the lightness and grace that the representatives of previous generations had? Who is the current equivalent of Audrey Hepburn? Can any of our contemporaries compare with Marilyn Monroe? And have we allowed the fall in the standards of beauty? Of course, there are a lot of different opinions and positions on this subject, and fashion is constantly evolving, but one can hardly deny the attractiveness of classical beauty.
This post is a reminder of the style of beauty of the past. And in particular, the stunningly beautiful Britt Ekland, who embodies the standards of beauty of the past, and it’s just great.
END_OF_DOCUMENT_TOKEN_TO_BE_REPLACED

Rolling Stones beautiful muse Anita Pallenberg
A model, actress and designer, Anita Pallenberg was the muse and one of the most vivid personalities of the era of rock’n’roll. The girl of Brian Jones and the civil wife of Keith Richards from 1967 to 1980, Pallenberg had a significant influence on the work of the Rolling Stones. From the second half of the sixties and throughout the seventies, publications mentioned her as the image-maker of The Rolling Stones, who played an exceptional role in the group. And in particular, in the “male” world of rock and roll of the late sixties, unlike the “girl from the hangout”, the wife or the member of the team.
END_OF_DOCUMENT_TOKEN_TO_BE_REPLACED

Do not gossip – especially about other women. Kindness is the secret to true femininity. American beauty Carole Landis (1919-1948)

American beauty Carole Landis
Life of one of the most beautiful Hollywood actresses of the late 1930s – 1940s Carole Landis proves the idea – people who live fast – die young.
Born Frances Lillian Mary Ridste in Wisconsin in 1919, Carole Landis was the youngest of five children. Her father (Norwegian in origin) left the family before her birth. Her stepfather, Charles Fenner gave the girl strict Catholic education.
A winner at various beauty contests, the girl got married and left school at the age of 15 (January 1934)! Her husband was a 19-year-old neighbor Irving Wheeler, with whom she divorced a week later. However, six months later they married again.
Meanwhile, Frances Lillian decided to start a career in show business. And even before her debut in 1937 in the movie “A Star Is Born” she worked as a singer and dancer and one of the nightclubs of San Francisco. After that, she dyed her hair blonde and changed name to Carole Landis, after her beloved actress Carol Lombard.
END_OF_DOCUMENT_TOKEN_TO_BE_REPLACED