Born 4 April 1941 in Berlin, one of the most beautiful in 1960s German cinema – actress Angelica Domrose

Popular in 1960s German actress Angelica Domrose
Once, in one of the newspapers of 1958, an announcement appeared: director Zlatan Dudov was looking for a young girl to play Zigi in the film “Confused Love.” Then, of the many contenders, the director chose a seventeen-year-old stenographer, Angelica Domrose. She was beautiful, charming, photogenic and most importantly, natural in any circumstances. Besides, she had a very rare feature – not to be timid in front of Jupiters in the pavilion and street gapers in full-scale shooting.
The first heroine of Domrose – a shabby girl with cute and mischievous habits – brought popularity to the beginning actress. But very few people at that time knew that a year before her film debut, she failed at the entrance exams to the Institute of Cinematography. And after the film “Confused Love” Angelica Domrose entered the institute in Babelsberg. 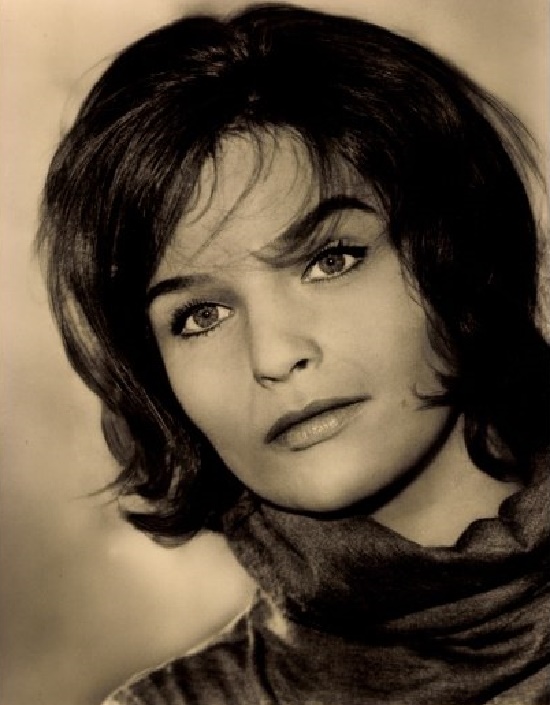 Even in the years of study Angelica received lots of offers, and starred in several films. In particular, “A new daddy’s friend,” “Guys from the 12th B”, “Love and co-pilot”, and “Amateur driver”. And her popularity did not decrease, because she was still charming and extremely natural.

Perhaps, the application for her own, non-exclusive actor’s theme flashed in Angelica’s role as the French girl Jeanne in the film “At the French Fireplaces” (1962). The subject of the picture and its artistic structure are quite traditional for the GDR cinema – it is a film about the war, about how unexpectedly and tragically it can invade the life of a man. The story of the soldier of the Bundeswehr Klaus and his rebirth from the obedient executor of orders to the fighter against the criminal intentions of his command – told simply, without publicistic pathos. In it, Jeanne-Domrose, the beloved and faithful friend of Klaus, and a person of high moral perfection to hirself and others. 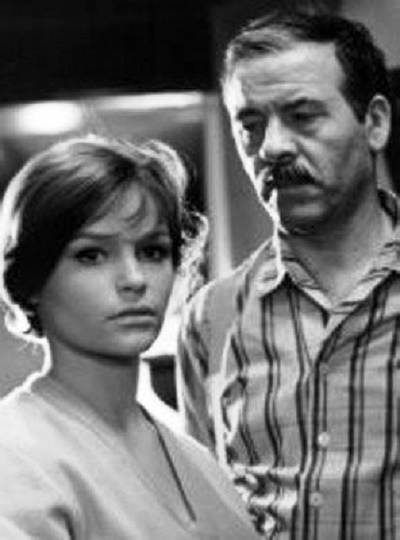 The fulfillment of this role confirmed the reputation of Angelica Domrose as a serious actress, and after the institute she entered the troupe of the world famous theater “Berliner Ensemble”. Since 1966, her repertoire included plays by Brecht and Helmut Bieler. Fortunately for Angelica, her teacher was the assistant director from Berliner Ensemble. He believed that Angelica – an interesting find for the theater, and said this to his chief director Helene Weigel. Soon, Angelica received a telegram from Weigel: “I want to meet you.” 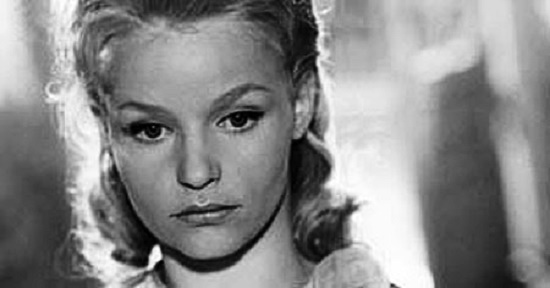 Later, she joined the troupe “Volksbuhne Berlin” (until 1979). Since that she was constantly watching the game of experienced masters, and soon she appeared on stage as a court lady in Brecht’s play The Life of Galileo. The first major work was the role of Babette in the play “Days of the Commune”, where Angelica created a poetic image of an ordinary girl, a cheerful, mischievous, bravely battling on the barricades. Then there was the role of Polly in the “Threepenny Opera”, Katie in the play “Schweik in the Second World War”. In the theater, she continued to develop the theme that she found for herself in the cinema. She best managed the role of women from the people, selfless, strong and generous soul. 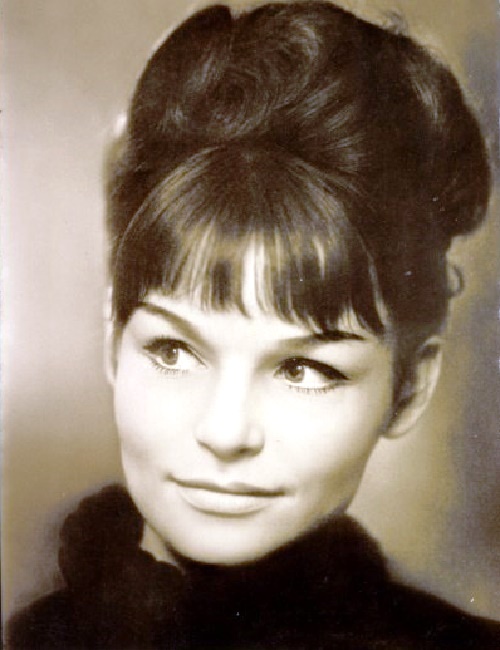 In one of the interviews to the question: “Did the institute give you a lot?” Angelica answered very definitely: “In terms of general education – yes, to acquire mastery – not very much.” She had to gain professional skills in the theater. The Brechtian principles of acting developed the manner of performance of Angelica, gave it completeness. The accuracy of the social portrait – one of the central requirements of the Brecht theater – determined the style of Angelica Domrose. 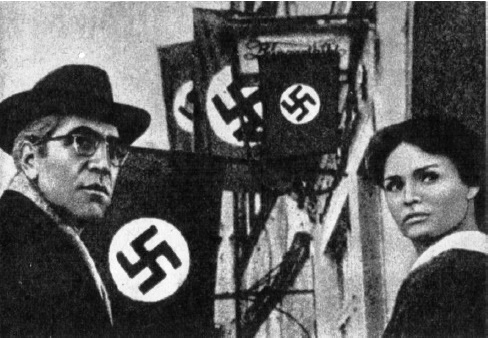 Brecht’s training immediately affected the new film work: in the film “Julia lives” Angelica restrainedly and worthily played the impressionable, closed, very feminine nurse Lee. But all the experience accumulated by Helene Weigel, she put into the role of Ruth Bodenheim in the film “The Chronicle of a Murder”, based on the novel by Leonhard Frank “The Apprentice of Christ.” To date, this is her best role in the cinema. 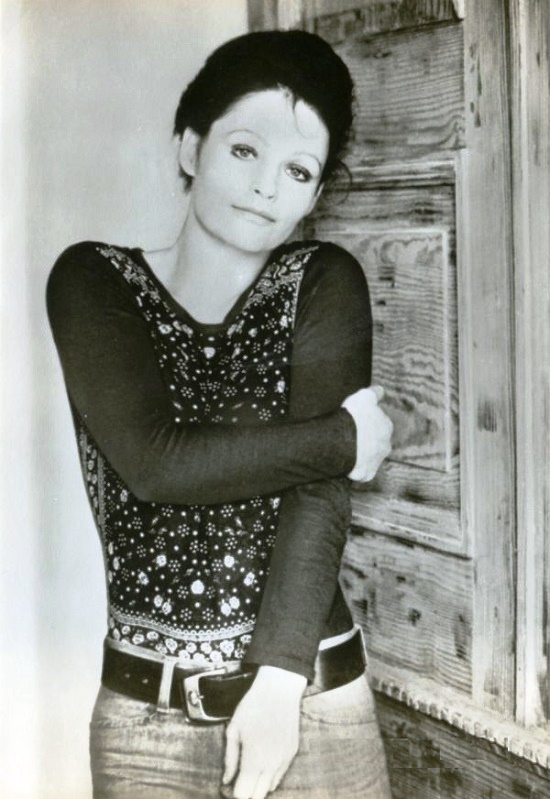 In the 1970s, the actress worked mostly in the theater – Princess Eboli in the tragedy of Schiller’s “Don Carlos” and Cleopatra in “Caesar and Cleopatra” by Bernard Shaw.
Angelica Domrose is still very young, and in front of her is the long and arduous road of this artist.
She also starred in the DEFA film studio and worked on television and radio. Laureate of the National Award of the GDR (1976).

However, in 1980, the actress moved to West Germany, where she worked at the Schiller Theater in Berlin and was shot on television. Since 1992, she taught at the School of Dramatic Art of Ernst Bush in Berlin. And in 2003, the actress published her autobiography. 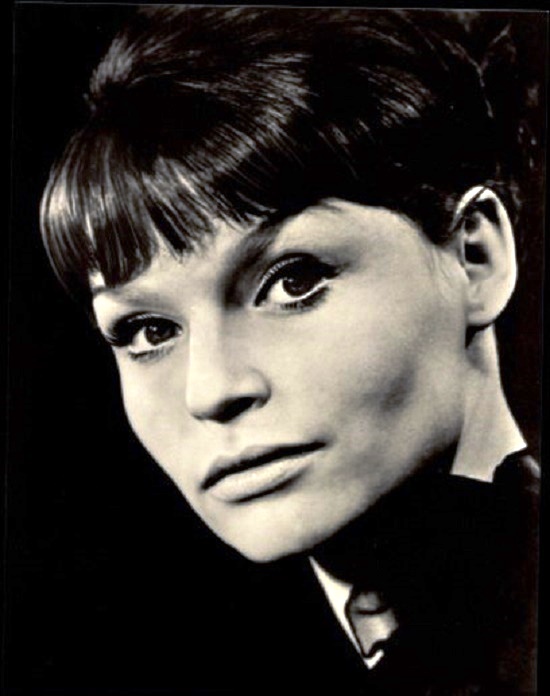 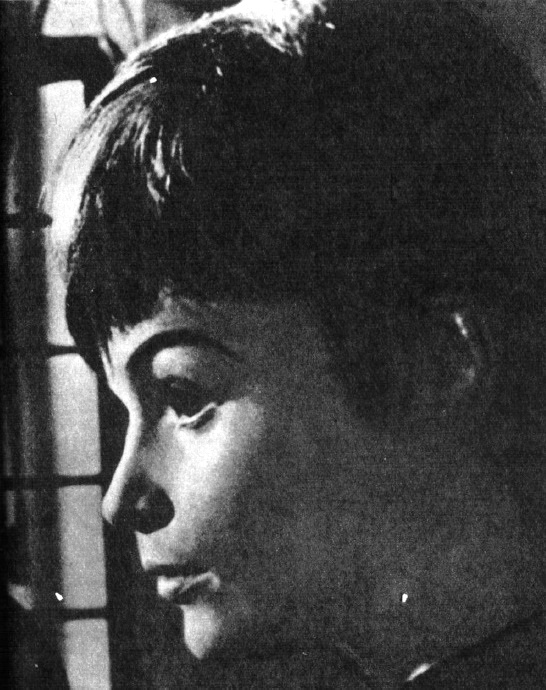 Film, based on work by Leonhard Frank Chronicle of a Murder, 1964-65 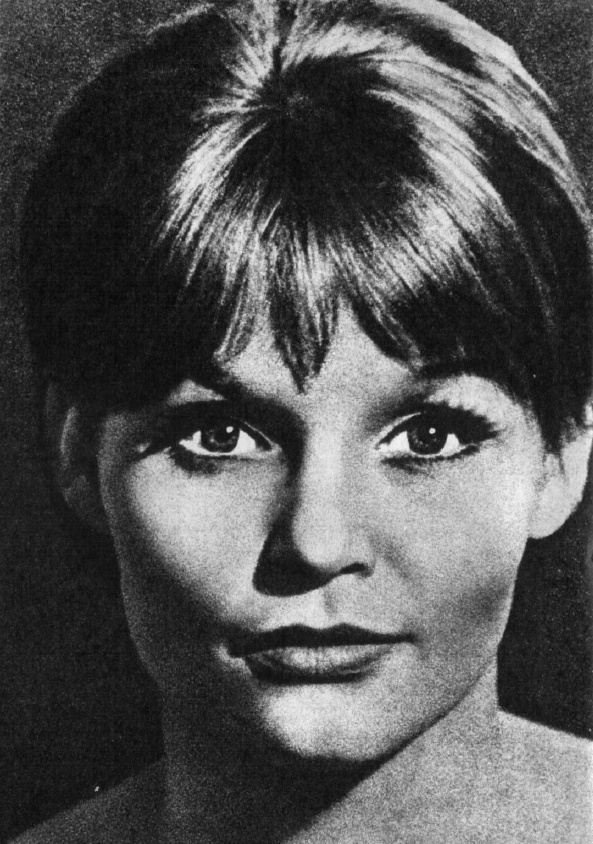 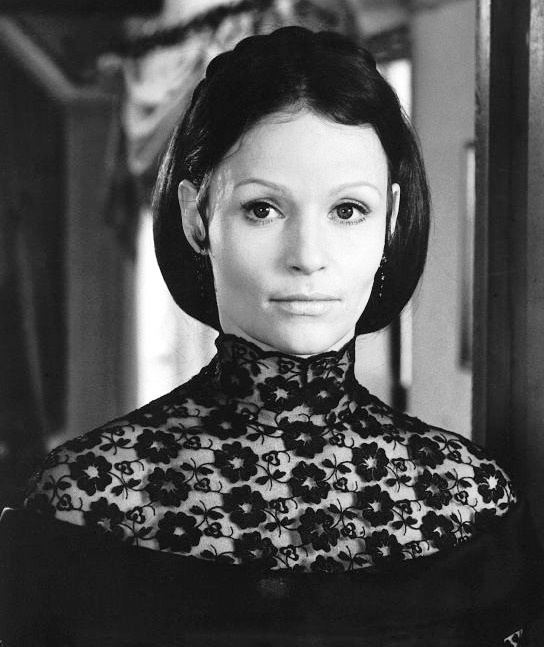 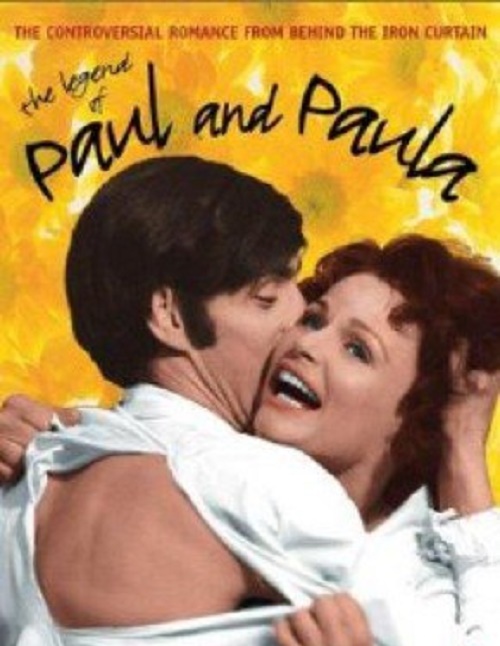 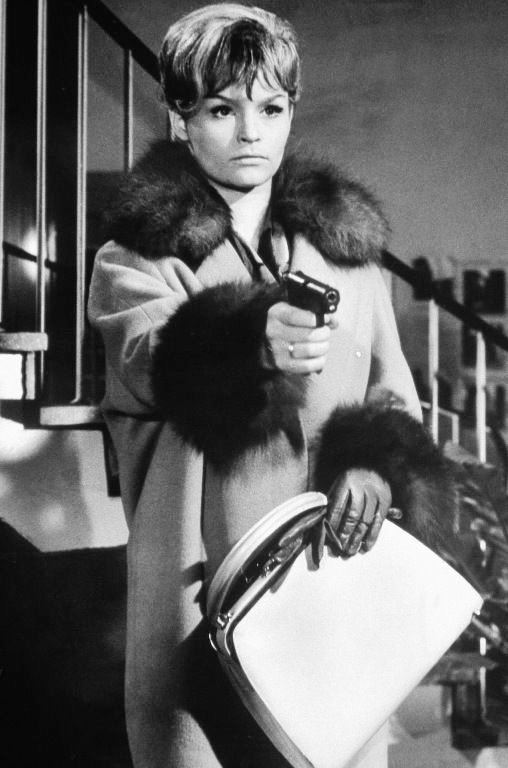 Scene from the film, Angelica Domrose 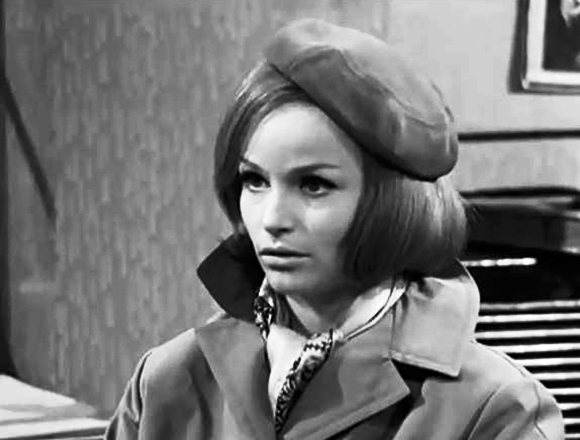 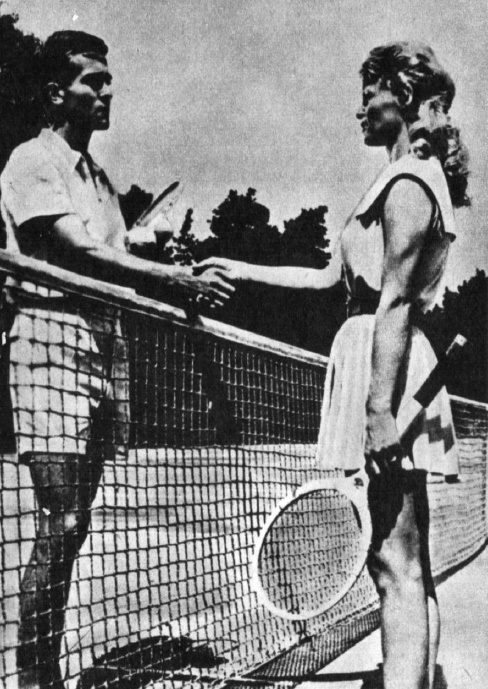 The Adventures of Werner Holt, 1965 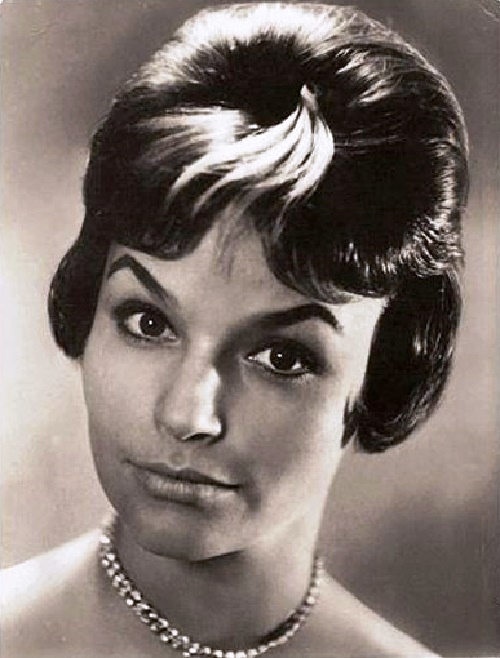 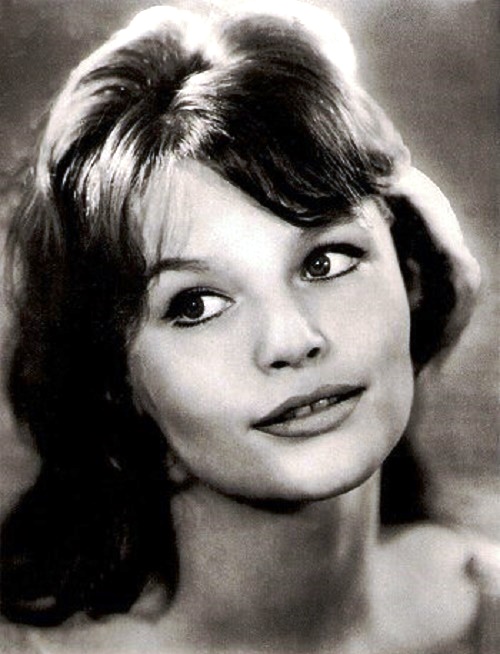 Based on the article in the magazine ‘Actors of Foreign cinema’, 8-1973