Beautiful German actress Jutta Hoffmann
She was lucky: until now she had played only interesting, multifaceted roles. But to be more precise: she herself helped her happiness a little, gently, but persistently rejecting the uninteresting (or what she herself thought was so).
Jutta Hoffmann began her acting career in 1960, but became famous after her role in the film “Julia is alive” (Julia lebt) in 1963. Indeed, her gentle girl’s face with big eyes remained in memory. According to critics, she was an extremely sensitive creature – either a child, or a woman, surprisingly receptive, ready to respond. As the newspaper “Neues Deutschland” defined the nature of her talent, “This is something very beautiful and sublime”.
The same year, television offered her the first major role in “Wandering, searching”. It was the story of the hopeless love of the ironing handler Lene Nimpch and lieutenant of the cuirassier regiment Boto von Rinecker. This her role met a lot of criticism. And the opinion of the audience was somewhat ambiguous. First, the public had to get used to her peculiar, severe charm, as the canons of beauty of this thin woman were far from the generally accepted on the television screen.

Meanwhile, the next major role on television, Jutta received not immediately, but only in 1967. It was Emma Pinneberg, from the adaptation of the novel by Hans Fallada “Little Man – What Next?”.
“Jutta is one of the most powerful personalities that ever appeared on our television screen. She leaves many famous super players far behind, “- wrote “Svenska Dagbladet” about the young actress after the release on Swedish television.

However, Jutta Hoffmann herself did not feel so unusually strong. She had her own doubts, remorse, hesitations, and questions. Although some considered her arrogant, but she was not, she was just demanding to herself. Some people confuse this. There is always some alertness, distance, some waiting, as if she was always on the alert, afraid of flattery, hating the empty chatter. Jutta loves additional checking”, “systematization”, and Handel’s music, because it is “transparent”. Also, she loves the famous actress Inga Keller, “since she always makes it clear when she does something”.

Director Egon Gunther, who shot her in two TV movies – “The Young Woman of 1914” and “Run”, and in the movie “The Third”, admired the actress. According to him, she simply rejects any dictatorial demands in the text or in the directions: verbally or by her play at the rehearsals. “This is an unusually valuable and rare quality. And I do not think that for this she had to make some kind of heroic effort, it’s just her nature. She is standing in front of you, saying something, doing something like this, and not otherwise, and simply can not do otherwise. Let’s dare to such a statement: her achievements are born from identification and counteractions. I consider her a significant actress.” 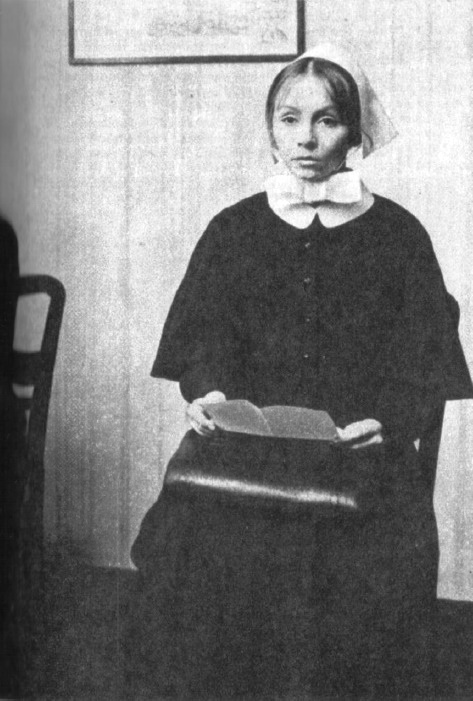 According to Jutta Hoffmann, not always in the work on the role, she experiences difficulties, but always – joy. And she always strives to be extremely natural. She knows how to make herself feel like there is no camera, as if she is all alone and does not answer for anything. Perhaps this is because she knows that behind her she has such an intelligent, sharp-witted, reliable director as Egon Gunther, and such a surprisingly sensitive operator as Erich Husko. 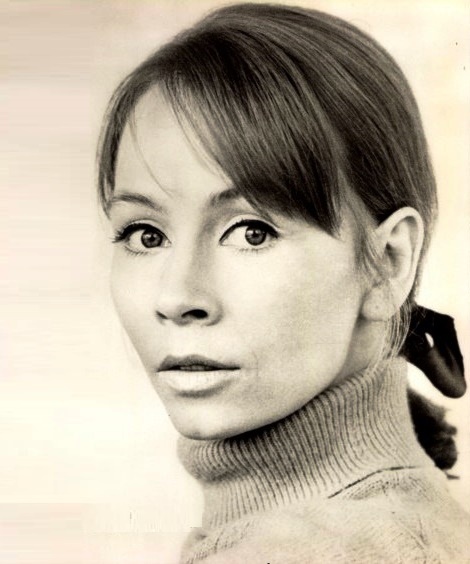 Somehow, in an interview in March 1971, she was asked a few questions.
“Are you ambitious?”
A short reflection.
– If I take up a case, I would like to gently and well bring it to the end. If this is ambitious, then I am really ambitious. And the fact that working on the stage or for the screen does not mean for me simply making money, perhaps this is ambition … I can not answer more definitely.
– In what role did you most manage to remain yourself?
– Unfortunately, almost in all.
– Unfortunately?
– Unfortunately! Actor’s game, it seems to me, begins when you look for character traits not only in yourself, but you take something from other people.
– What is the most beautiful thing for you in the profession of an actor?
– Hard to say. When you play, you are always happy. Despite the fact that you always deal with people. I’m glad when I feel that the audience have been thinking …
– And what is less beautiful?
– The fact that you have to deal with yourself.
– The audience first of all love your naturalness. Is there anything you do not like about yourself?
– My fanaticism, and that I’m not independent in my work. I neglect myself when I work, I even forget to eat. 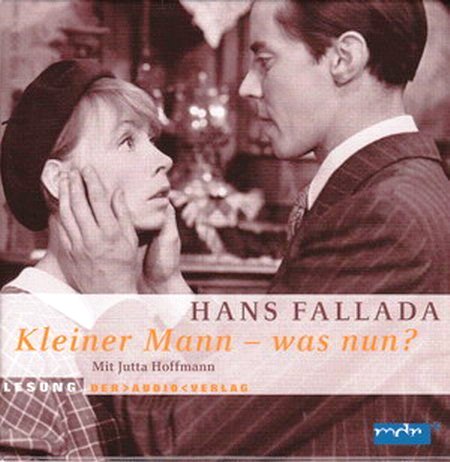 Now we can look back. For ten years she played at the Maxim Gorky Theater. Also, she played at the invitation of the Friendship Theater, at the Deutsche Theater. And there must necessarily be something very serious for her to miss the performance. Jutta says: “This is probably due to my stamina.” 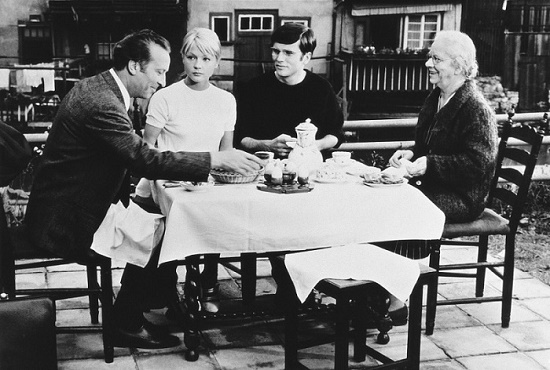 Then, in an interview in March 1971, she had twenty-four performances and eight filming days (or nights) in the two-part film about Liebknecht (“As long as I’m alive” and “Despite anything”) in the monthly theatrical repertoire.

In 1972, “The Third” received the main prize in Karlovy Vary, and a few months later appeared at the XX International Film Festival in Venice. Jutta Hoffmann, as the best female actor, received the Silver Lion award.
Besides, the same year she received the National Prize of the GDR, and in West Germany her game earned special “award of criticism”.

… A few more details that may be of interest: the place of birth – Halle. In her school years she performed on the amateur stage in the “Buna Verke” plant. An unforgettable event of those years – the film “They Called Him the Amigo.” Graduated from the Higher Film School in Babelsberg. In 1961-1973 she worked at the Berlin Theater of Maxim Gorky, and from 1973 – in the “Berliner Ensemble”. Made her debut at the cinema in 1961 (Das Rabaukenkabarett), in 1982, she moved from the GDR to West Germany. There she began working in the Hamburg Theater, with the famous theater director Peter Zadek. Besides, she worked a lot on TV. In 1993-2006 she was a professor at the Hamburg Higher School of Music and Theater. Married twice, her first husband was actor Nicolaus Haenel and the second – Herrmann Zschoche, director and screen writer. 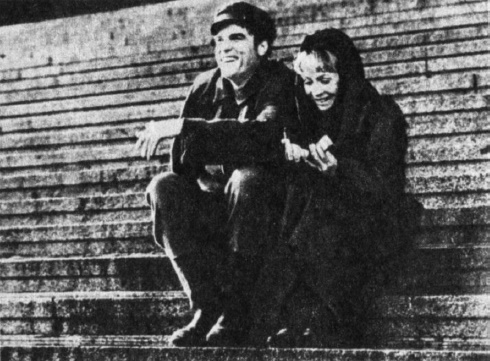 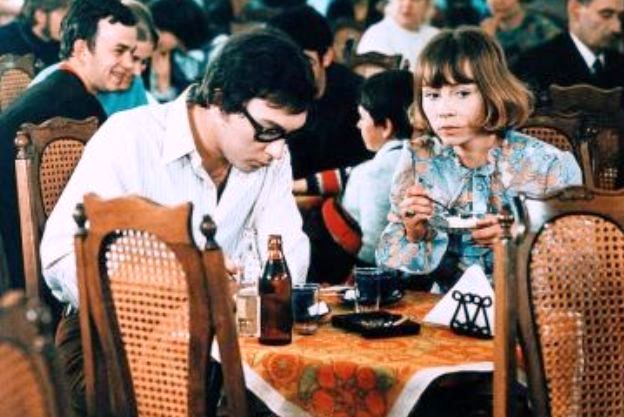 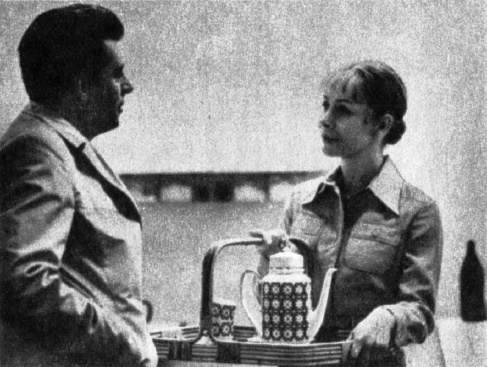