Charlize Theron as Aphrodite for the VOGUE 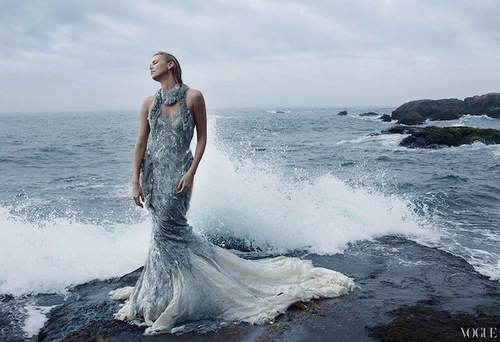 Beautiful Charlize Theron as Aphrodite for the VOGUE 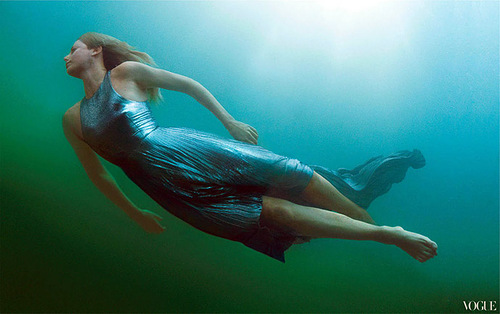 Underwater shot of Charlize Theron for the VOGUE

Although seeing herself as a dancer, Charlize Theron at 16 won a one-year modeling contract at a local competition in Salerno and with her mother moved to Milan, Italy. After Theron spent a year modeling throughout Europe, she and her mother moved to New York City and Miami, Florida. In New York, she attended the Joffrey Ballet School, where she trained as a ballet dancer until a knee injury closed this career path. As Theron recalled in 2008 – “I went to New York for three days to model, and then I spent a winter in New York in a friend’s windowless basement apartment. I was broke, I was taking class at the Joffrey Ballet, and my knees gave out. I realized I couldn’t dance anymore, and I went into a major depression. My mom came over from South Africa and said, “Either you figure out what to do next or you come home, because you can sulk in South Africa.”

Having signed a deal with John Galliano in 2004, Theron replaced Estonian model Tiiu Kuik as the spokeswoman in the “J’adore” advertisements by Christian Dior. From October 2005 to December 2006, Theron earned US$3 million for the use of her image in a worldwide print media advertising campaign for Raymond Weil watches. In February 2006, she and her loan-out corporation were sued by Weil for breach of contract. The lawsuit was settled on 4 November 2008.

Born 7 August 1975, the fame came to Charlize Theronh in the late 1990s. Then, followed roles in such films as The Devil’s Advocate (1997), Mighty Joe Young (1998), and The Cider House Rules (1999). Meanwhile, Theron received critical acclaim for her portrayal of serial killer Aileen Wuornos in Monster (2003). However, for this film she won the Silver Bear, Golden Globe Award, Screen Actors Guild Award, and Academy Award for Best Actress. In fact, she became the first South African to win an Academy Award in a major acting category. In recent years, she has moved into the field of producing, both in television and film.

Charlize Theron as Aphrodite for the VOGUE 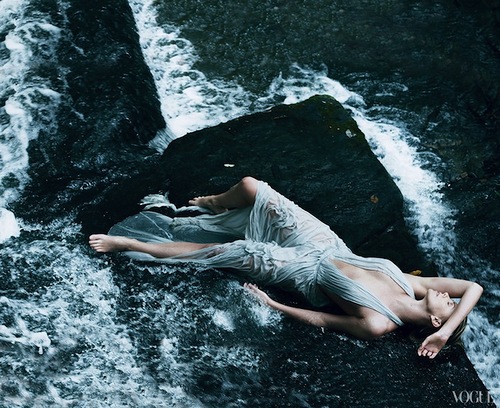 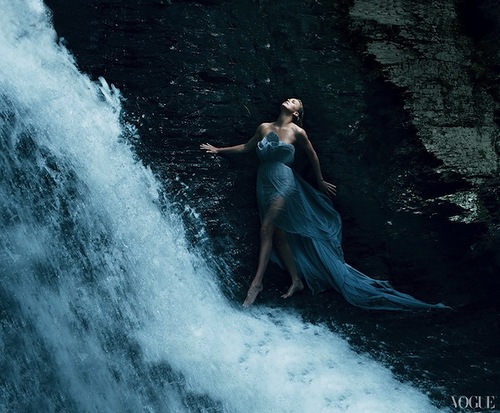 A the waterfall. Charlize Theron in VOGUE 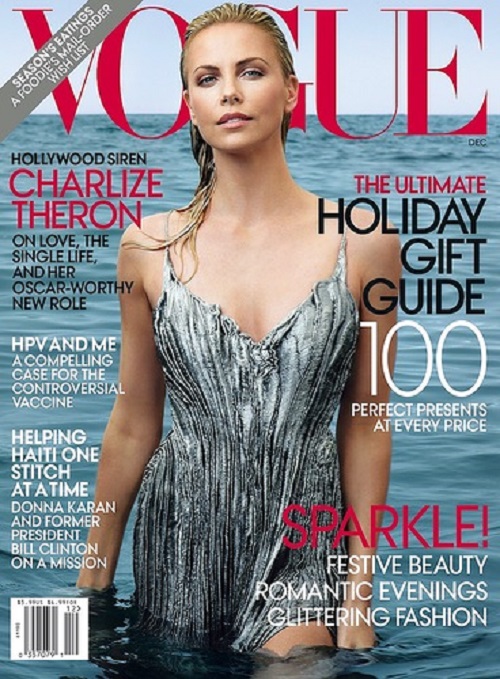 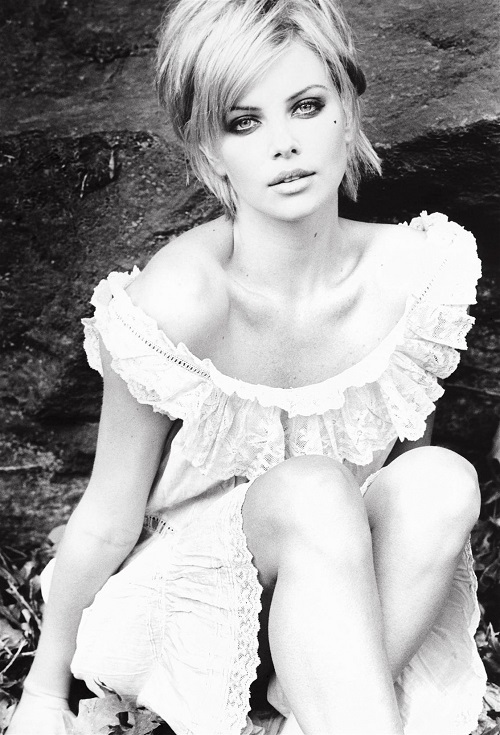