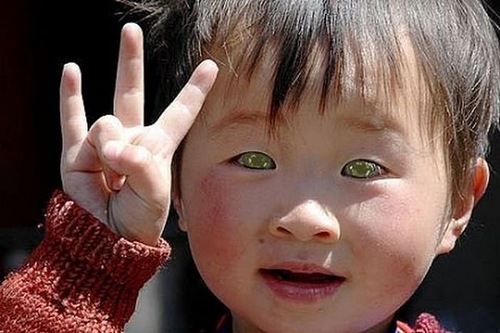 Chinese cat-boy Nong Youhui
The Miraculous boy has stunned medics with his ability to see in pitch black with eyes that glow in the dark. In fact, the doctors have studied Nong Youhui’s amazing eyesight since his dad took him to hospital in Dahua, southern China. However, the relatives of the boy concerned over his bright blue eyes. According to Ling, Youhui’s dad, he hopes this will end some day. He said: “They told me he would grow out of it. His eyes would stop glowing and turn black like most Chinese people but they never did”. Meanwhile, according to medical tests conducted in complete darkness, Youhui can read perfectly without any light. In fact, he sees as clearly as most people do during the day. 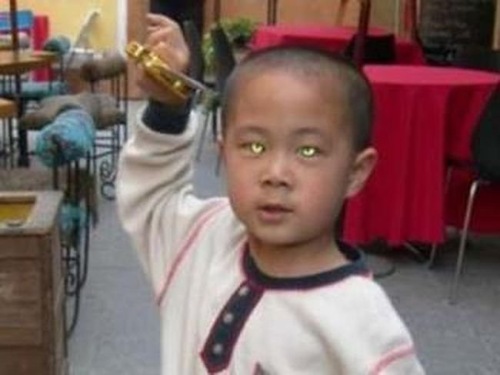 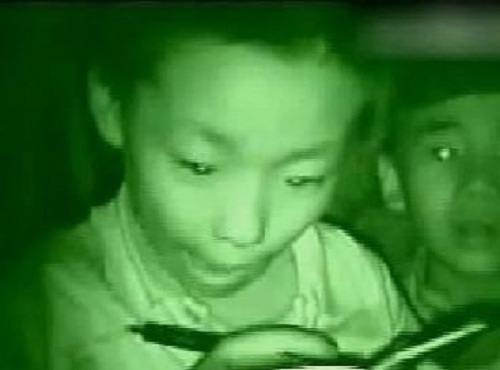 They say, Nong’s blue eyes reflect neon green when light is on them 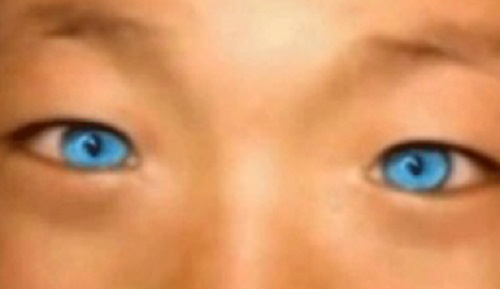 Amazing blue eyes that glow in the dark

Nong enjoys playing outside with his schoolmates but struggles with in bright sunlight. According to the boy, he can see perfectly clearly even in complete darkness. 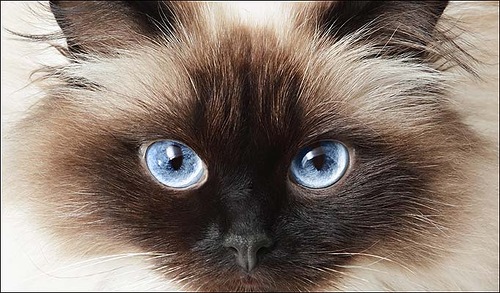 Stunning Blue eyes that glow in the dark