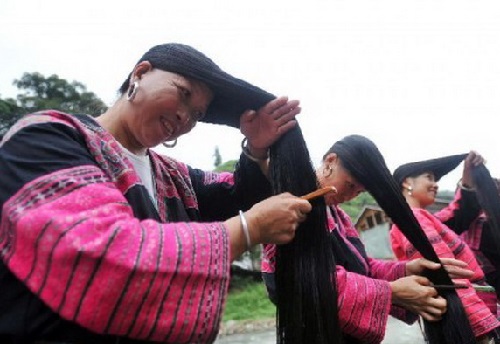 Long haired women of the village Huangluo Yao
Ethnic Yao women living in the Chinese village of Huangluo Yao are famous for the fact that they have long hair. Noteworthy, they cut it once in their life, at 16 years old, before they start their search for a husband. Residents of the village Huanlo honor the tradition, which says that the wealth, longevity and good fortune in their lives brings nothing but a luxurious head of hair. For centuries, to see the gorgeous hair was allowed only to her husband (and only on the wedding day) and children. In summer and autumn, they wash hair in the river, carefully hiding it under a towel. 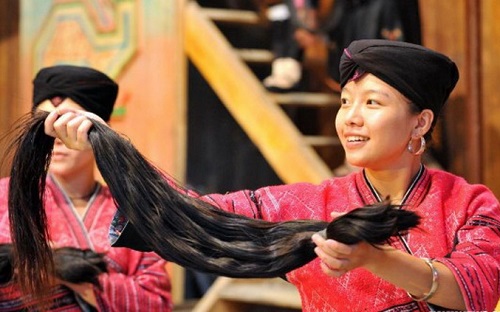 There was even a rule that a man (whether local or foreigner), who saw the woman’s hair, was obliged to live in her family for three years as her husband. In 1987, fortunately, the law was repealed and Chinese women had the opportunity to demonstrate their beautiful black hair. These Chinese women have taken their long hair to new lengths (average hair length of 5.5 feet. The longest locks measure more than 6.8 feet) making a Guinness World Record as the world’s first long hair village. 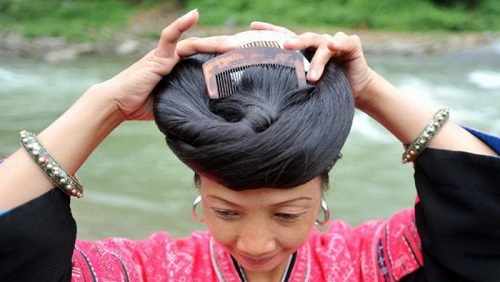 Carefully combed long hair in a hairdo. A woman of Huangluo Yao, the Chinese village 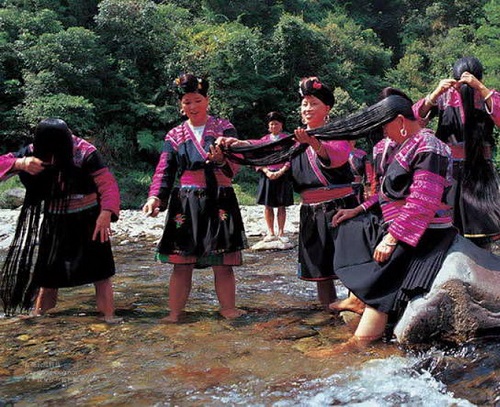 The village women gather at the river. Long haired Chinese women of the village Huangluo Yao 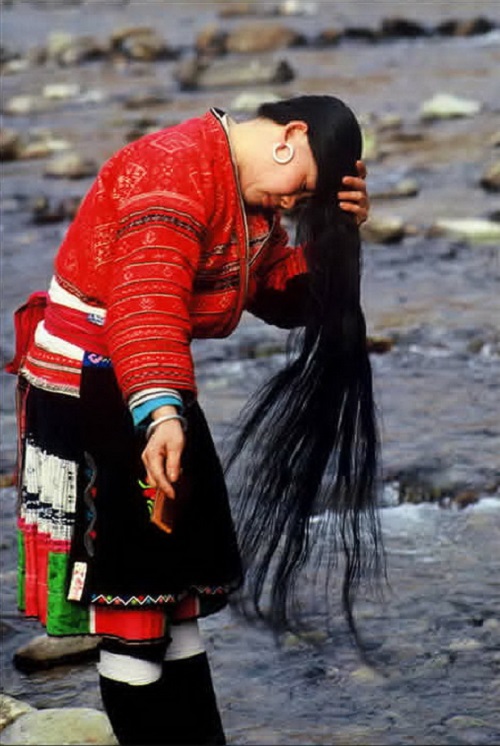 Traditionally, the women of the Chinese village of Huangluo Yao wash their hair in the river 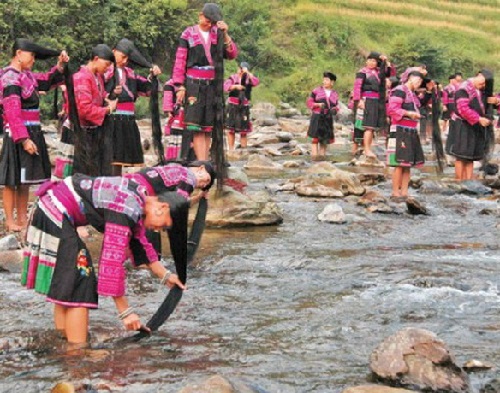 In fact, the women wash their beautiful long hair in the waters of a local river. Long haired Chinese women of the village Huangluo Yao