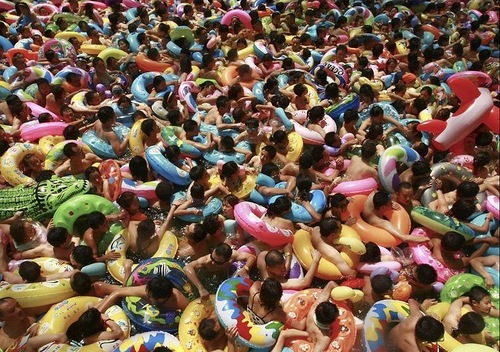 Public pools are so crowded that all a person can do is stand on the spot. Chinese Swimming Pool

Chinese Swimming Pools
For most Chinese, pools are only a place to cool off, so during the summer time when the heat becomes unbearable, the pools explode into a riot of colors of thousands of people. The popular slang expression used for going swimming is “boiling dumplings” because public pools are so crowded that all a person can do is stand on the spot. Some of the pools are massive. The “Dead Sea of China” is a saltwater swimming pool located in Daying county, Sichuan province, inspired by the original Dead Sea in the Middle East. The pool covers an area of 30,000 square meters and accommodate up to 10,000 visitors at once. Another swimming pool in the Yao Stink district is able to accommodate a staggering 230,000 swimmers at one time. 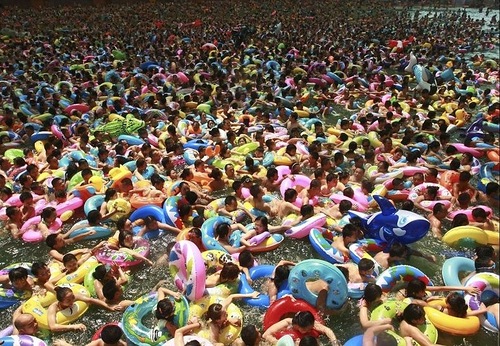 According to China’s Health Ministry report announced last year, out of 5,639 public swimming pools tested in 24 Chinese provinces, 10 percent of the pools exceed the safe limit for urea levels. In case you don’t know, urea comes from urine.

Research also determined that the total percentage of bacteria in a swimming pool can reach 92.3 percent while the rate of coli bacteria can be as high as 96.9 percent. The consequences of this can be fatal.

In 2008, one man died and 3,158 swimmers critically poisoned when they swallowed the pool’s water which was laced with the urine and fecal matter of 47,000 swimmers in the gigantic Mao Mao Municipal Pool in Beijing.

A toxicologist noted after taking a sample of the water that urine and fecal matter consisted of nearly 90% of the mix.

Meanwhile, crowded pools are also common in Japan. National Geographic photographer Michael Yamashita captured pictures of a typical summer day at one of the largest water park, the Tokyo Summer land (in the gallery below). 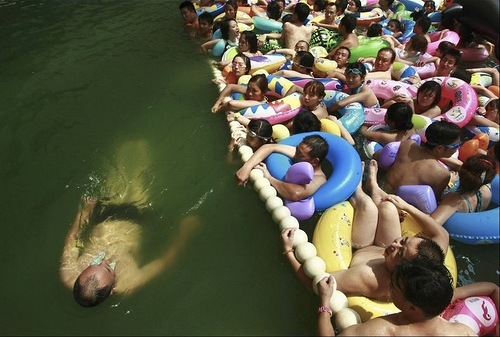 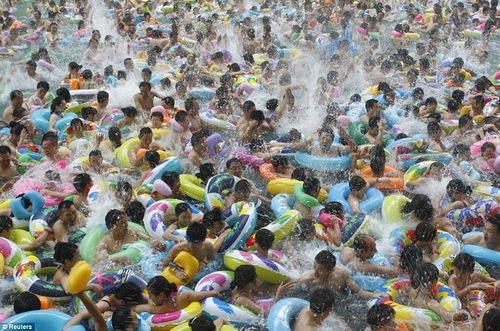 Meanwhile, out of 5,639 public swimming pools tested in 24 Chinese provinces, 10 percent of the pools exceed the safe limit for urea levels 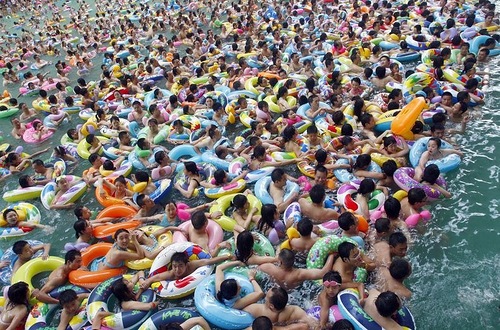 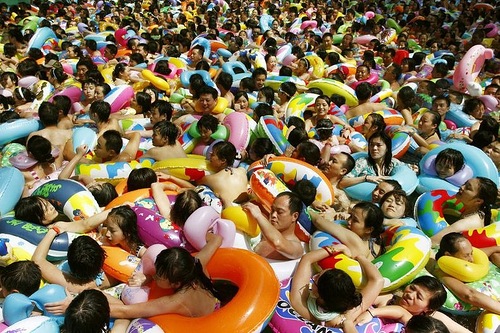 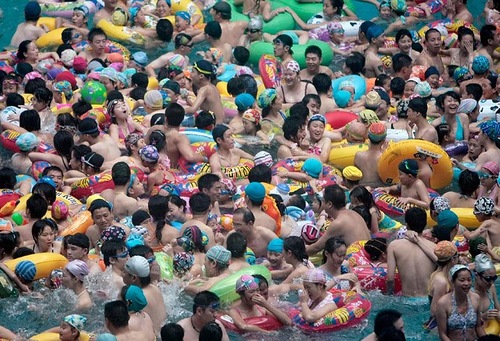 Not a pleasure at all, Chinese Swimming Pool 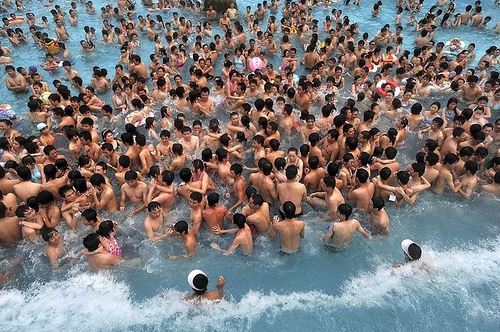 In one of the Chinese Swimming Pools 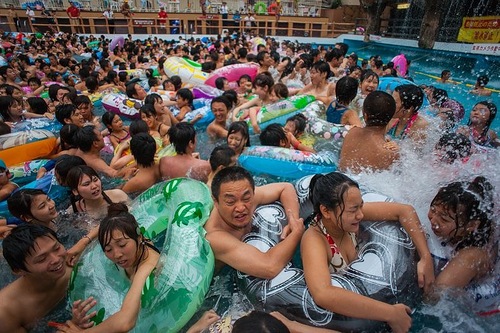 According to this photo, swimming in such a crowded pool is far from being a pleasure 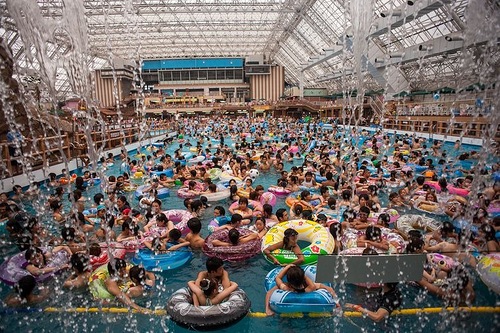 One of the most popular attractions in China – Swimming Pool 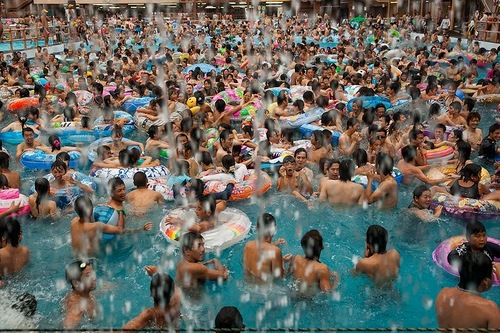 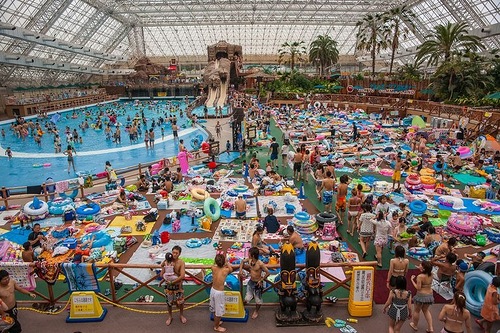