The Butchart Flower Gardens in Canada 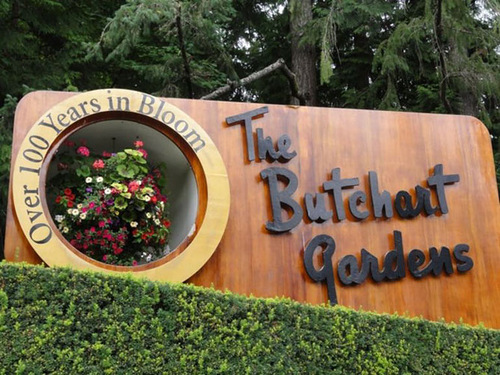 Over 100 years in bloom, The Butchart Flower Gardens in Canada

The Butchart Flower Gardens in Canada is a group of flower gardens in British Columbia, near Victoria on Vancouver Island. More than a million people visit this place every year. The history of the garden – is the story of an entire Butchart dynasty, who decided to grow a garden on their land, leaving the industry craft. Robert Pim Butchart (1856-1943) began production of cement in 1888 near the site of his birth Owen Sound, Ontario, Canada. He and his wife, Jennie Butchart (1866-1950) came to the west coast of Canada for its rich limestone deposits necessary for cement production. In 1904 they built their home on Vancouver Island. 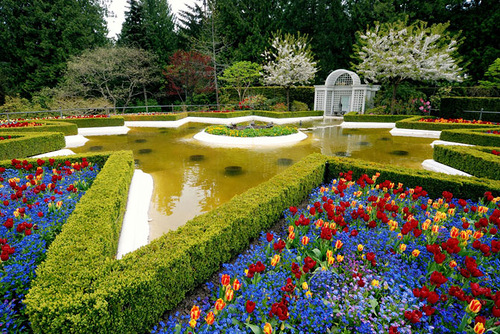 In 1907 65-year-old landscaper Isaburo Kishida from Yokohama came to Victoria at the request of his son to build a tea garden for Esquimalt Gorge Park.

This garden has become very popular, so it is not surprising that several prominent citizens (Jenny Butchart among them), asked Kishida to help in the creation of Japanese gardens for their possessions. Isaburo returned to Japan only in 1912.
In 1909, when the limestone quarry was exhausted, Jenny started to turn it into the Sunken Garden, which was completed in 1921. Butchart called his home “Benvenuto” (“Welcome” in Italian), and began to receive visitors in their gardens.

In 1926 Butcharts replaced their tennis courts, an Italian garden, and in 1929 a large rose garden.

That’s right, what tennis, what tomatoes, when there is such beauty!

In 1939, Butchart Gardens gave his grandson to Ian Ross (1918-1997) on the day of his 21st birthday. Ross successfully developed the gardens until his death 58 years later.

In 2004, two 9-foot totem poles were installed to mark the 100th anniversary of the Butchart Gardens and the gardens were officially declared a national historic monument.

The Butchart Flower Gardens in Canada 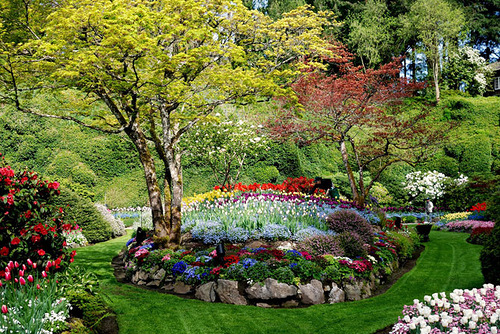 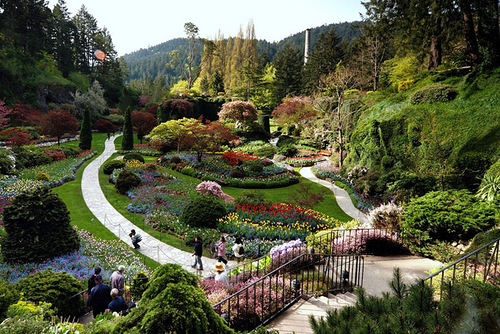 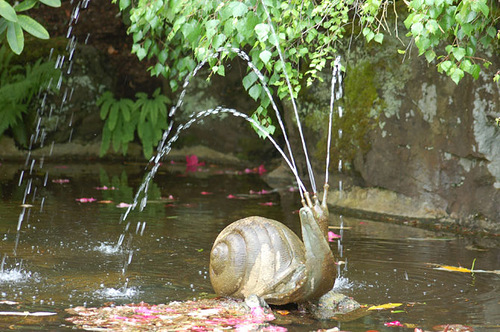 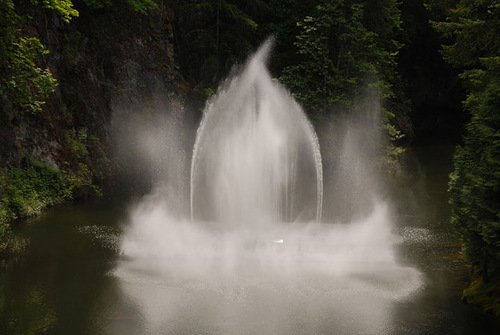 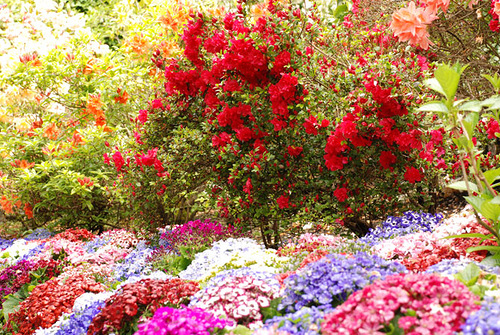 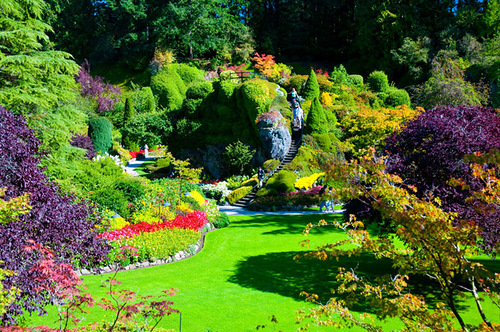 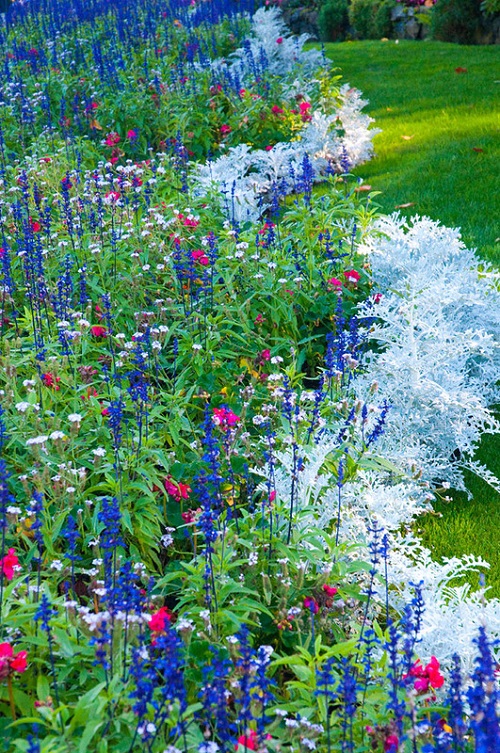 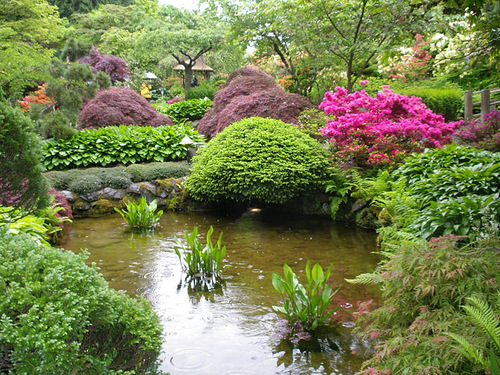 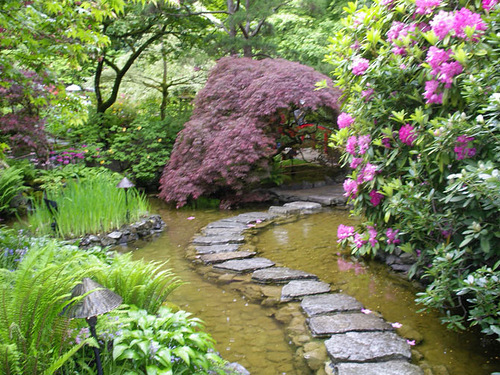 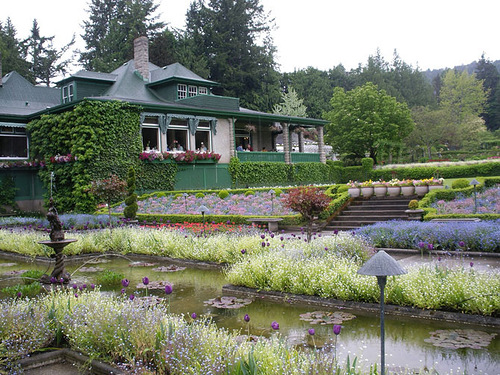 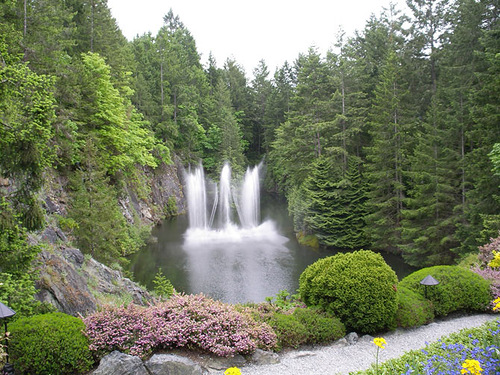 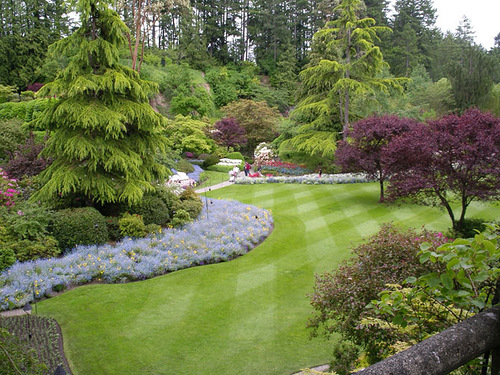 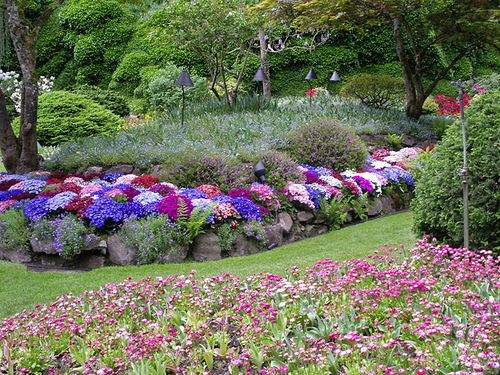 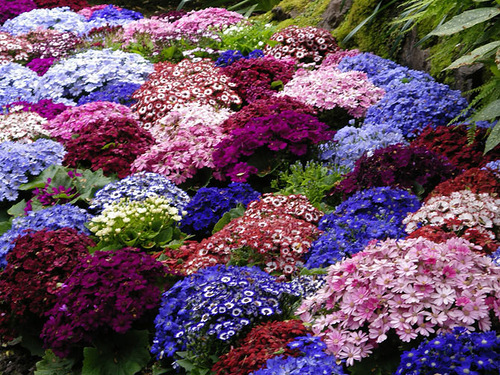 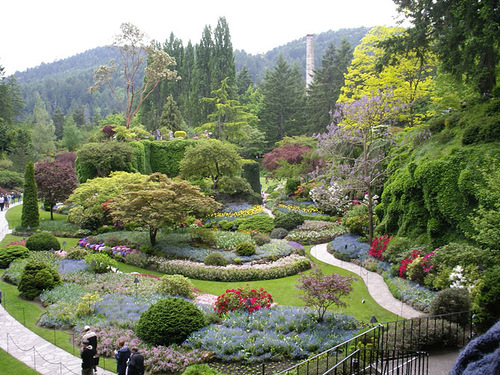 One of the most beautiful gardens in the world, The Butchart 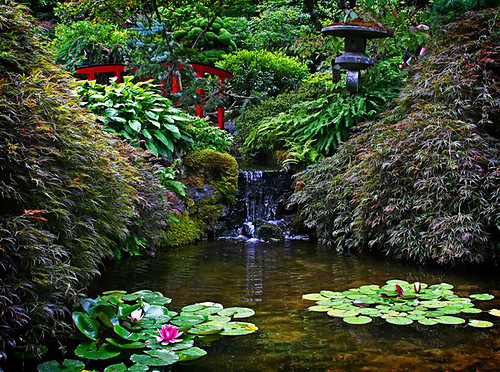 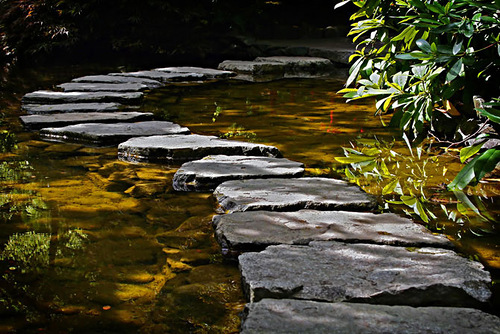 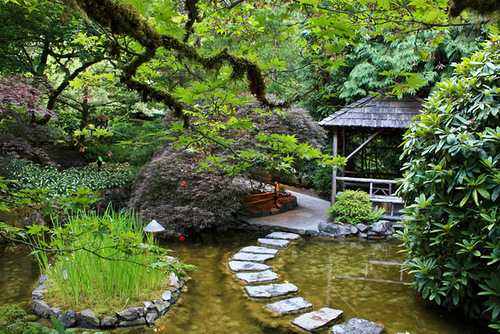 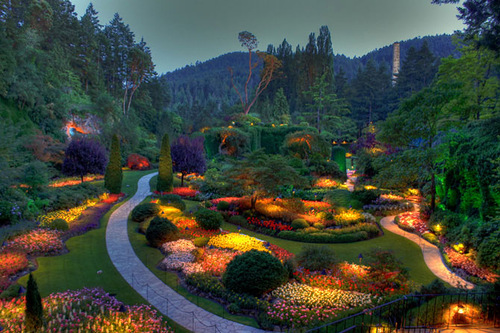 Fantastic view in the evening 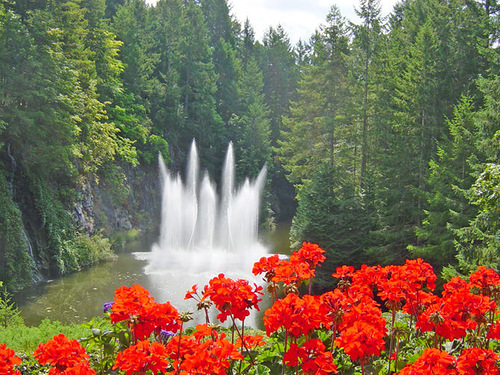 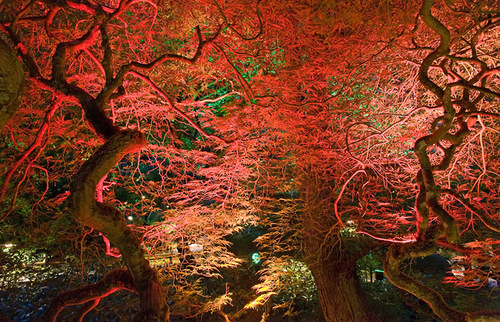 Hooked and twisted branches of trees 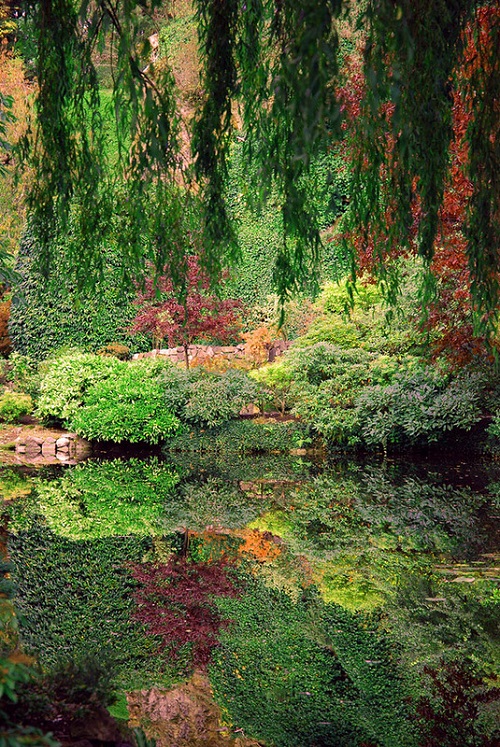 Green kingdom of The Butchart 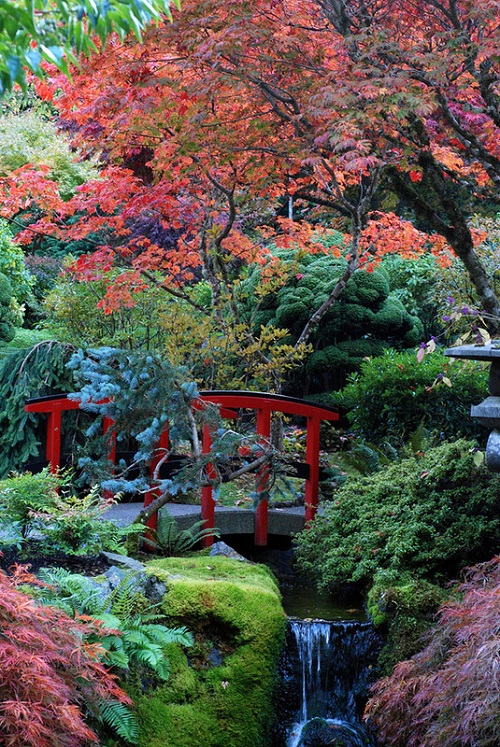 Colors of The Butchart 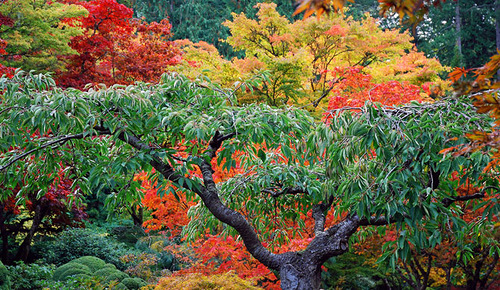 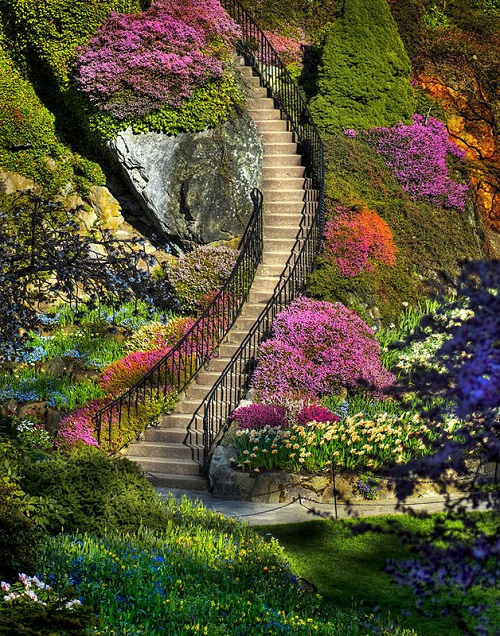 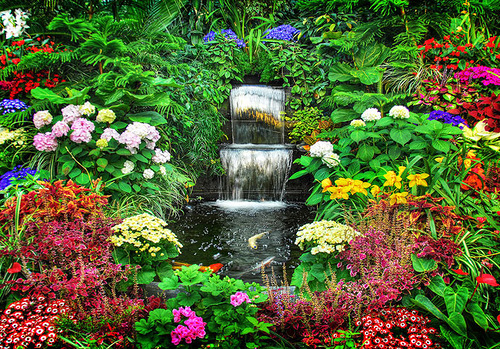