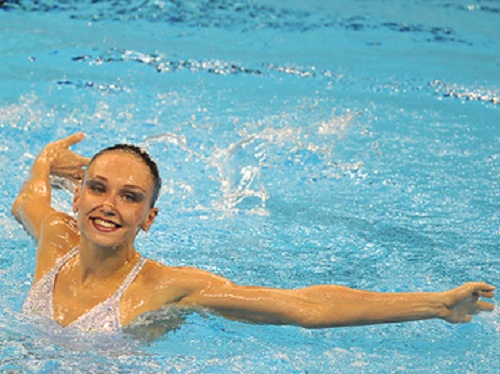 Natalia Ishchenko, the first in the history of synchronized swimming 11-time world champion

Russian synchronized swimmers rule the pool
The team has won the Olympic synchronized swimming event in London to capture Russia’s fouth consecutive sweep of gold. Strengthened by two-time Olympic champions Natalia Ishchenko (photo above) and Svetlana Romashina, the team were head and shoulders above their opponents finishing with more than a three-point lead. After a flawless technical routine to Russian Dance by Denis Garnizov, Tatiana Pokrovskaya’s charges looked even more solid on Friday to score 98.930 out of 100 for their performance and a total 197.030 points. 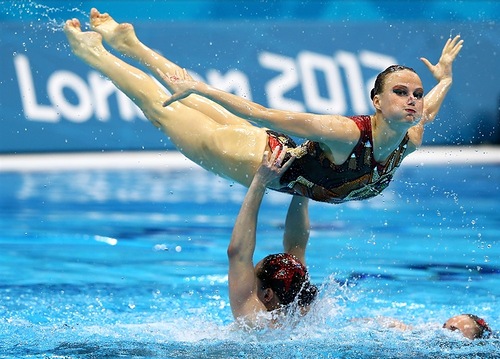 The family of future Russian competitor in synchronized swimming Natalia Sergeyevna Ishchenko, soon after her birth (8 April 1986, Smolensk) moved to the Baltic Kaliningrad. When she was five years old, her mother brought Natasha once to two sports clubs – rhythmic gymnastics and synchronized swimming in the sports complex “YOUTH”. But soon to combine classes in two sections became difficult and she stopped at the synchronized swimming.

For nearly 10 years, she trained under the direction of Kaliningrad specialists: Svetlana V. Ustyugova, Lada Anatolievna Stepanovich and Lyudmila Igorevna Mizina. All of them have contributed to the future success of Ishchenko. Natalia Ustyugova was responsible for choreography, and Mizina and Stepanovich – for technical training. At age 14, she moved to Moscow to train at the famous Olympic water sports center.

Ishchenko was part of the Russian gold medal team in 2008 and 2012, and also won duet competition at the 2012 Summer Olympics with Svetlana Romashina. She will retire on the 1st November 2012. 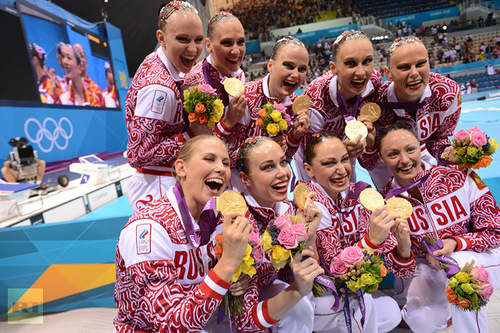 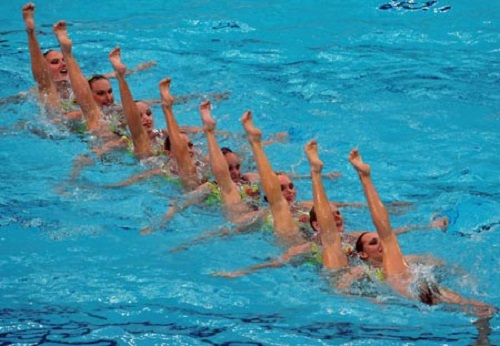 Fabulous performance of the Russian team 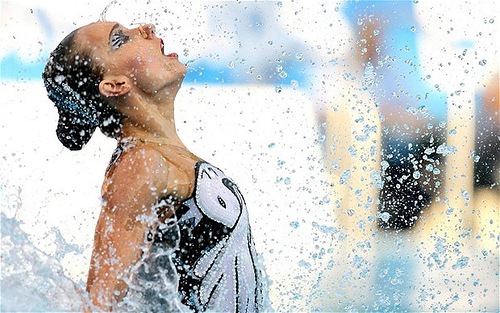 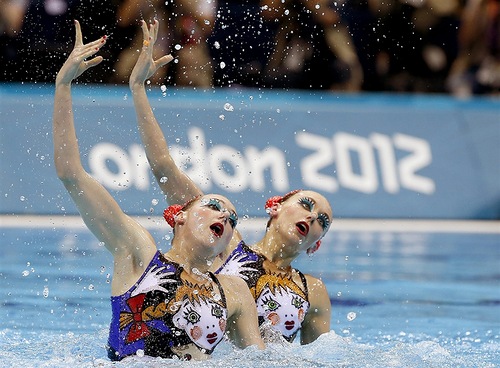 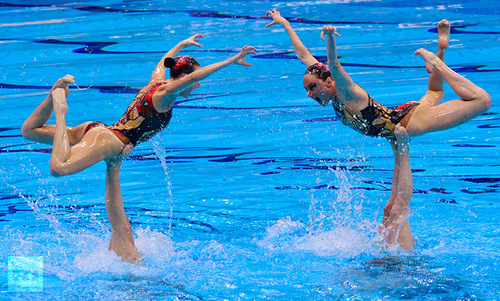 Dance on the surface of water 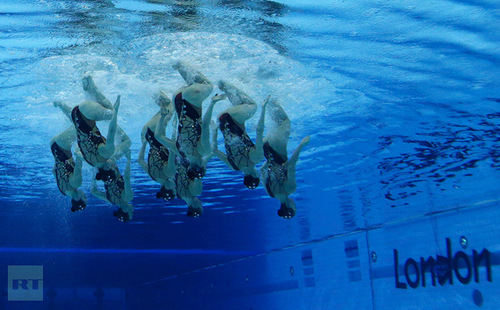 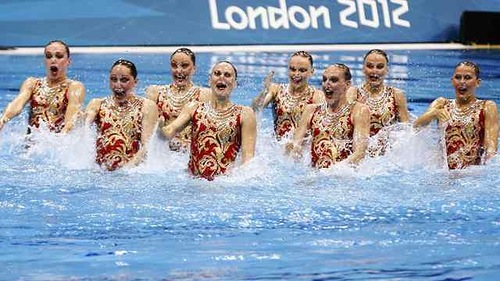 A team of swimmers 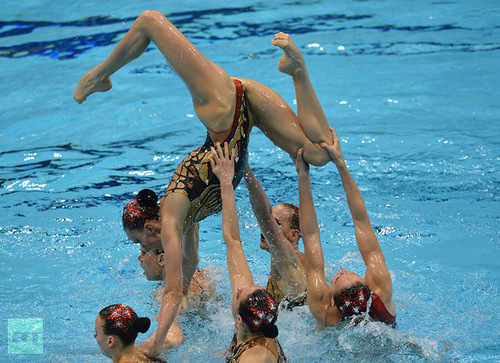