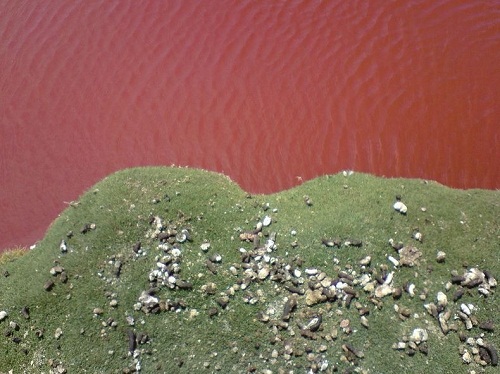 Red Laguna in Chile
In the city of Kamina, on the north of Chile, 147 km from the city of Iquique and approximately 3,700 m above sea level, there is the Red Laguna. Its waters have so bright red hue, that it seems that red ink or blood fills this lagoon. Noteworthy, the local people knew about this place, but the National Service of Tourism didn’t, until 2009. This region has long been inhabited by Aymara Indian people, who managed to preserve the ancient secrets and legends of this land. The same as Egyptian tombs have mysterious curse, this red pond also is rumored to be damned, and a curse imposed on anyone who approaches the red waters. That’s why no one knows where exactly the lagoon is, and just for this reason it is not on the map. 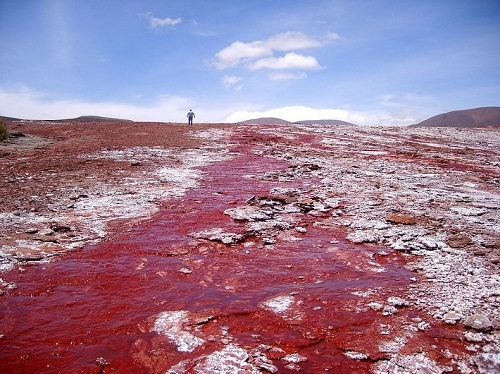 The disappearance of thousands of Aymara people is also credited with this curse, because representatives of the ancient people allegedly drank water from the lagoon

In fact, red-brown color of the water is caused by sediments and pigmentation of some algae growing there. The area of the lagoon inhabited by a large number of flamingos. Here you can also find Andean and Chilean flamingos, but in small quantities. In 2007, Lagoon was one of the nominees in the contest to choose the new seven wonders of nature, but by the number of votes did not let it get to the final. 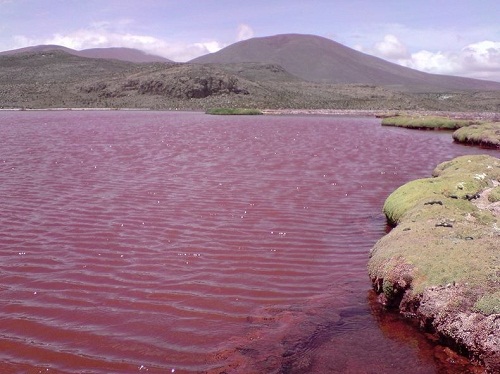 Lagoon surrounded by two pools of yellow and green water, and, they say, if there appear evil people, the water is starting to boil 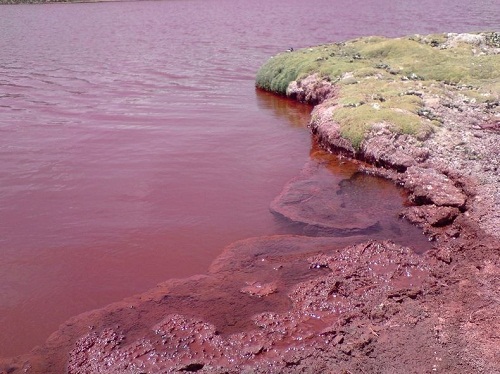 According to belief, the devil is the owner of these pools 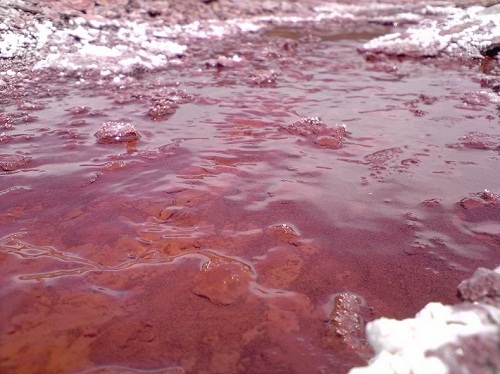 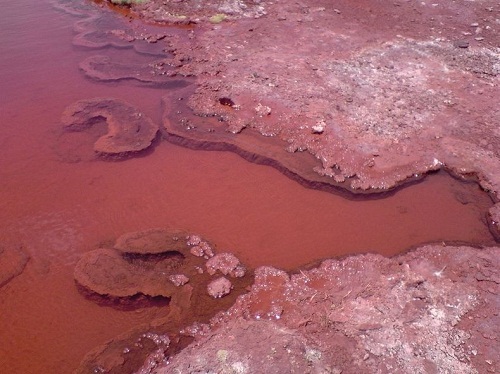 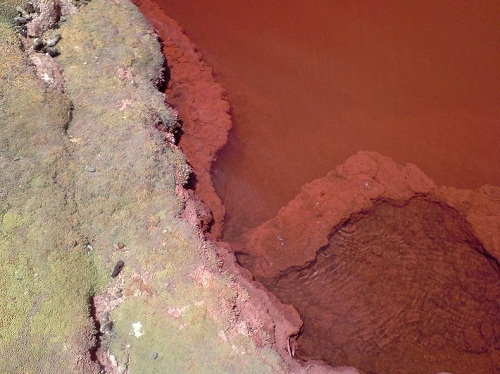 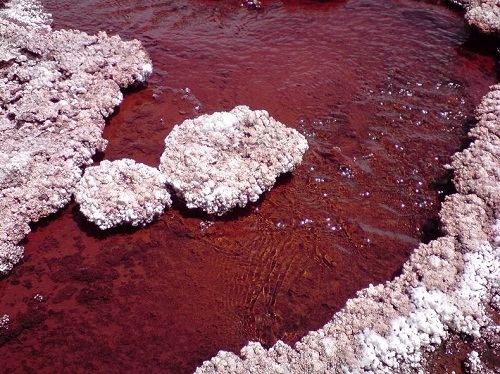