« Burrnesha men who were women
Most impressive weight loss 2012 » 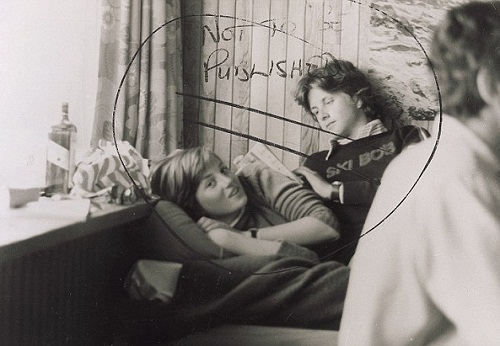 Diana Spencer and Adam Russell in Not to be published photo. Beautiful 18-year-old future Princess of Wales Lady Diana Spencer pictured with an English aristocrat Adam Russell, the great-grandson of former Tory prime minister Stanley Baldwin. They are shown relaxing during a group ski holiday in Val Claret in the French Alps in 1979. The old photograph shows Diana lying on a bed in a chalet with Mr Russell, who is resting his book on her shoulder. On the window ledge behind them is a bottle of Johnnie Walker whisky. Mr Russell declined to comment the innocent photo with censorship note ‘Not to be published‘. The Daily Mirror bought the photo two days after Diana’s engagement to Prince Charles in February 1981, it is now being auctioned in the US. 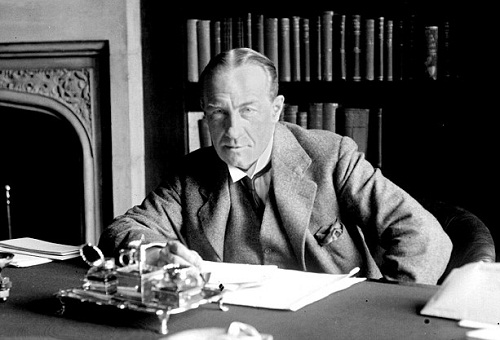 Library photo of Prime Minister Stanley Baldwin dated 26/05/23.
We can see the handwritten annotation ‘Not to be published’, because the media at the time told that Diana was the chosen one because she had no “history”. This photograph at least suggests otherwise. Eric Caren, owner of the Caren Archive, the largest privately owned printed newspaper collection in the US said: ‘This would certainly not be the way the Royal Family would have wanted Diana to be presented at that moment, given that two days before her engagement had been announced. 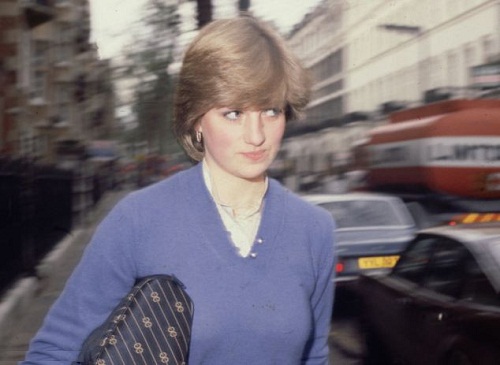 According to royal author Andrew Morton, Mr Russell went traveling for a year, and when he returned to the UK in 1980 and told a friend that he liked Diana, he was told: ‘You’ve only got one rival, the Prince of Wales’. He tactfully decided not to pursue her, but the pair remained great friends. 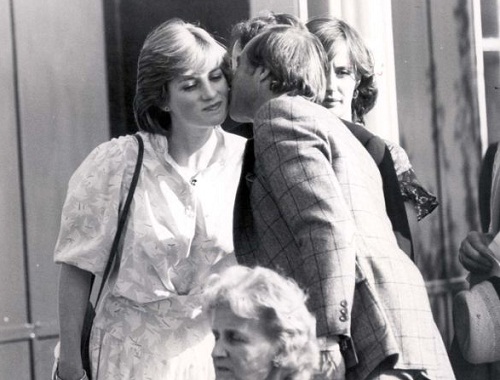 One of the late princess’s closest male friends at the time, James Colthurst, once recalled going with her on a skiing holiday around the time in question. He said: ‘She slept on the sofa bed. It was fun. There were lots of pranks – Diana was great company – lovely, outgoing and frivolous and she enjoyed practical jokes.’
One comment to the article – “That guy would probably have been a better choice for her”. 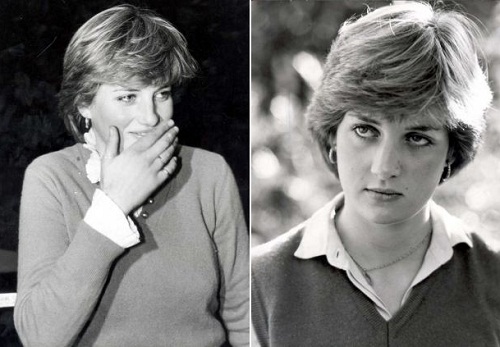 Bidding will take place over the internet between January 17 and 24.
Diana Spencer and Adam Russell in Not to be published photo. 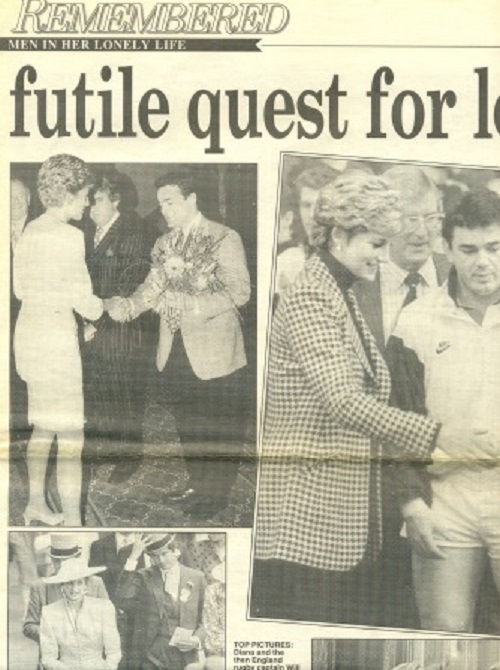 Men in her lonely life

Men in her lonely life: 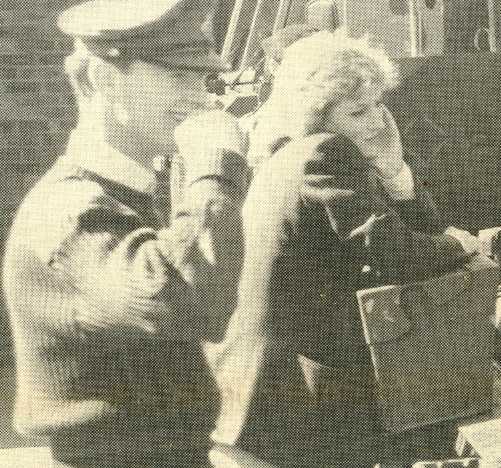 Diana was deeply in love with James Hewitt, who gave William and Harry riding lessons at Combermere barracks in Windsor

People have said rather loftily that Diana needed to be loved. Of course she did. Who doesn’t? Deprived of the domestic happiness she thought she had secured when she married the Prince of Wales, it was perhaps only natural that a young woman should seek to fill that emptiness in the company of other men.
Not, it must be said, that she set out remorselessly on a love quest. She did indeed need warmth and affection, but also, above all, companionship.
The men with whom she was at first most comfortable when her marriage foundered were mainly the Brigade of Guard type – rangy, well groomed and well spoken, understated, and with a gentle, wry humor. 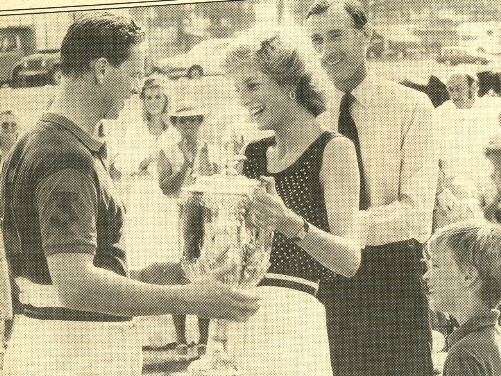 In the summer of 1989 Diana presented James Hewitt with a polo cup. They had been having an affair for two years

James Hewitt, a Captain in the Lifeguards, was the classic specimen and the only one for whom she has said publicly she felt “love”. He breached their trust with a tasteless memoir. James Gilbey of the distilling family, though, has never talked of the extent of his friendship with the Princess.
Oliver Hoare and Will Carling, who followed, were different. For a start, they were married. Hoare, an old friend of the Prince of Wales, was a sophisticated man who dealt in oriental antiquities. His marriage survived the friendship and the controversy of those “silent” telephone calls to his home.
Carling’s marriage to television presenter Julia did not. 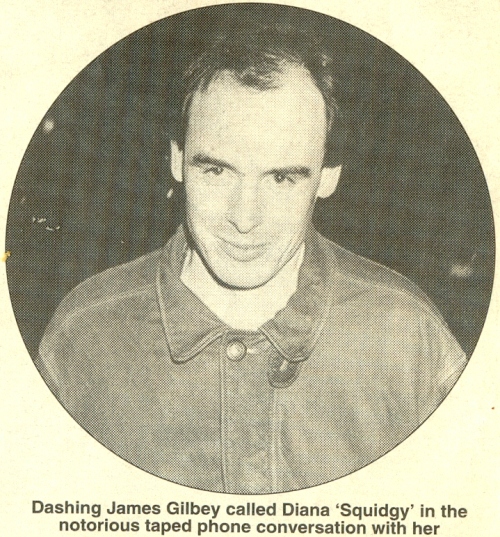 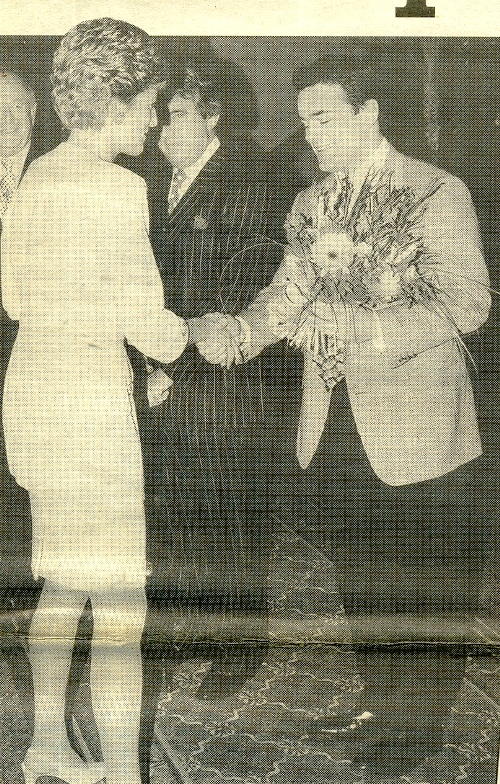 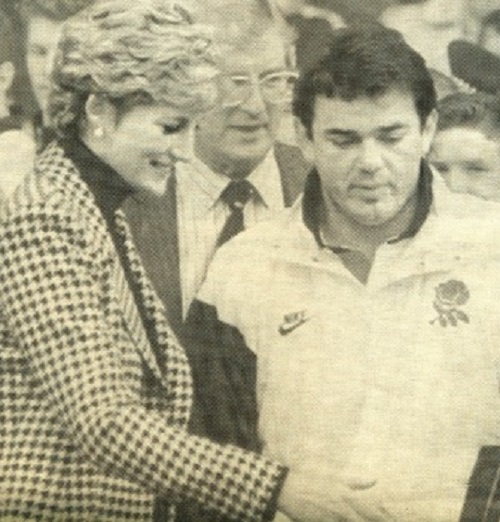 More recently, the men who interested the lonely Diana changed to those with strong family backgrounds, so different from her own. This is what drew her to enjoy the company of Asians such as Dr. Hasnat Khan, the young Pakistani cardiologist at the royal Brompton Hospital, and another Pakistani, electronic tycoon Gulu Lalvani, who took her dancing. 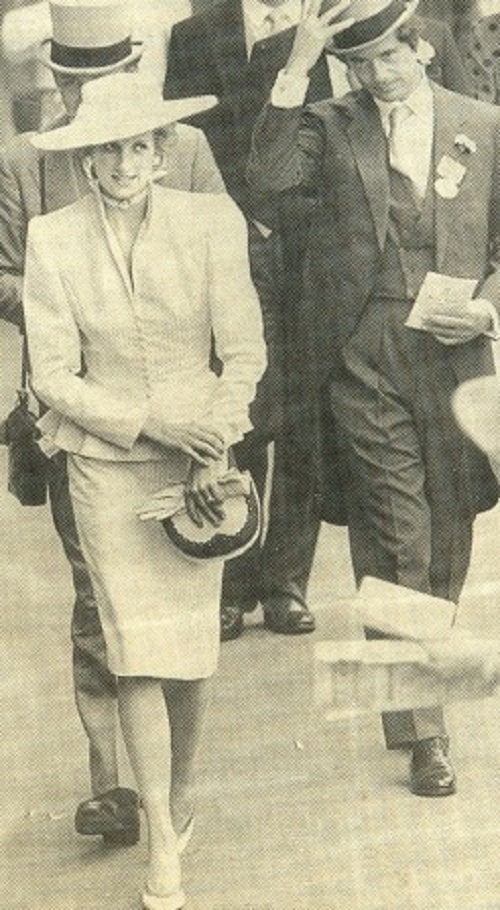 Diana with art dealer Oliver Hoare at Ascot in 1986. He reportedly met her for secret dinner dates in 1995 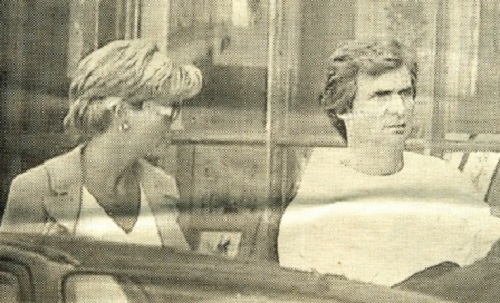 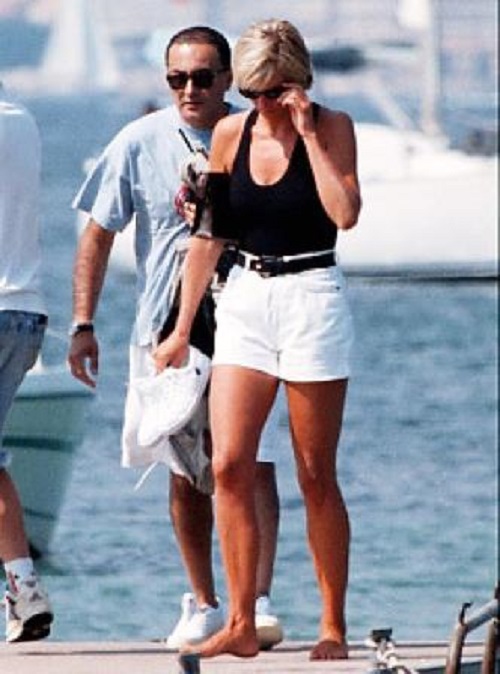