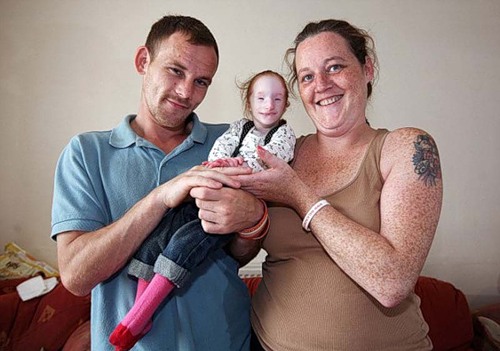 Elf girl goes to primary school
The world’s smallest girl, Charlotte Garside, took a big step – she went to a primary school. 5-year-old girl, 68 cm tall and weighing less than 4 kg – less than a newborn baby and less than her favorite teddy bear. Last week, she first joined her peers at school. This day has become significant for the proud parents of the girl Scott Garside and Emma Newman, who are trying hard to give their girl a normal life. Charlotte was born with the unique shape of the embryonic dwarfism – so rare that doctors have not given it a name. Doctors warned that Charlotte would not live up to two years, but she grew up very active and inquisitive girl. “She may be small, but she has a big heart and wants to do what normal five-year-olds do. She is very curious, and at school we have been already said, that she has development of a three-year-old child, which is much higher than we thought, “- says her mother, Emma. 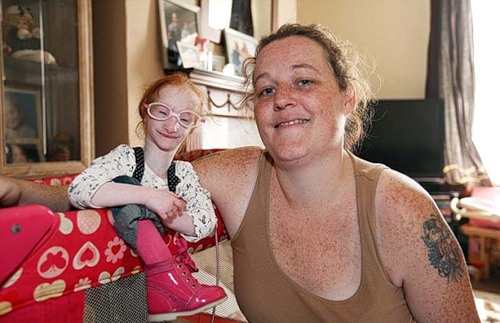 “Of course, I was afraid that she might suffer from other children, but she has a personal teacher, besides, she is not as fragile as she looks,” – says the proud mom. Charlotte at birth weighed less than a kilogram, and her growth was 25 cm She had to dress in costumes for the dolls.

Charlotte could be placed in the front pocket of sweatshirts, and her diapers were the size of a credit card. Now her growth – a little less than 70 cm, she still wears clothes for babies and seems smaller than normal cats. Laughing Charlotte Garside, with her mum 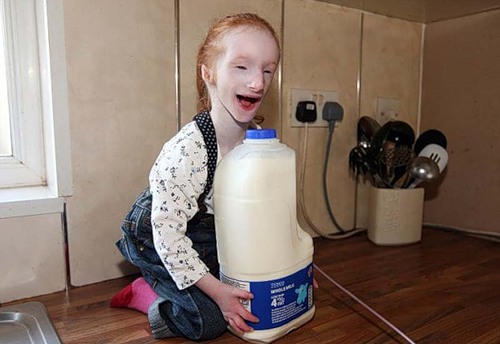 The smallest girl on Earth 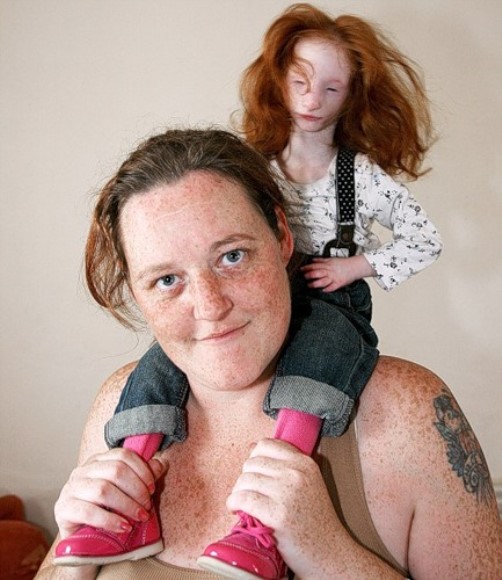 Resembling a doll, Charlotte with her mom 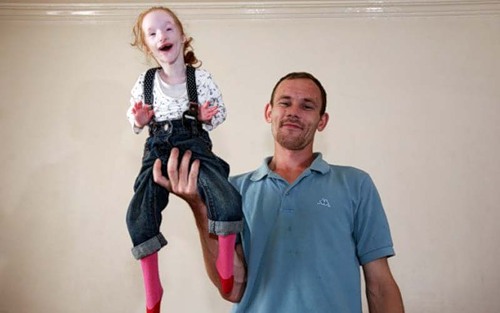 Dad holding his daughter on a palm 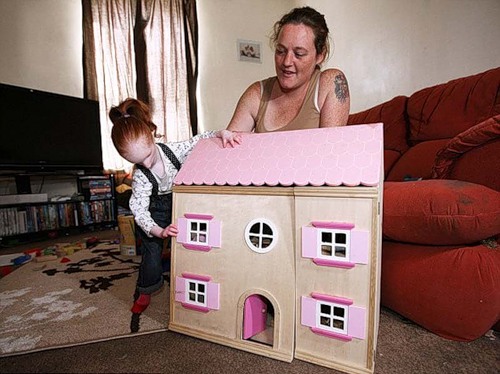 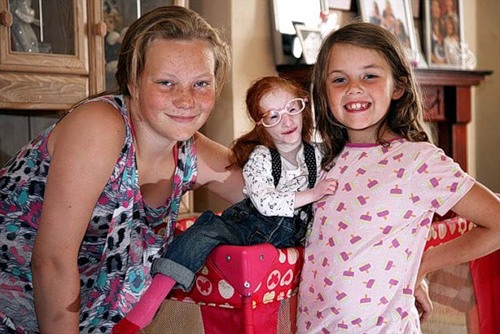 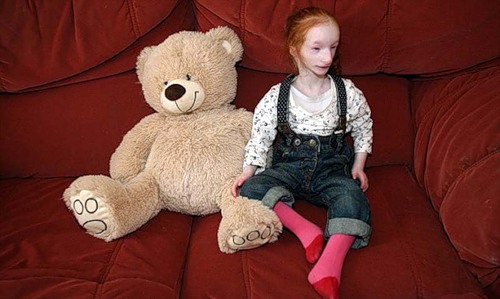 Next to a toy bear 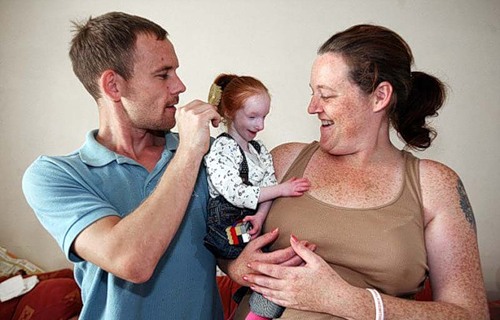 Parents and their amazing girl Charlotte 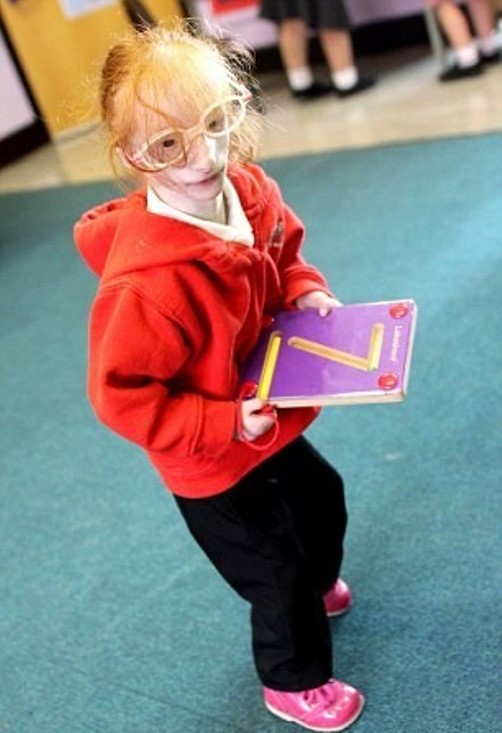 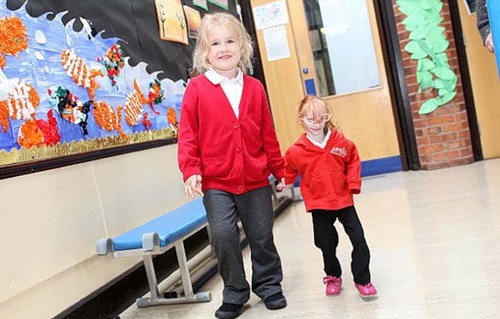 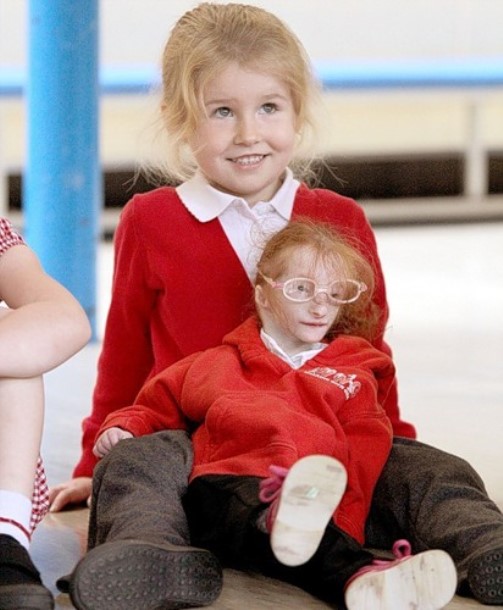 Charlotte with her classmate 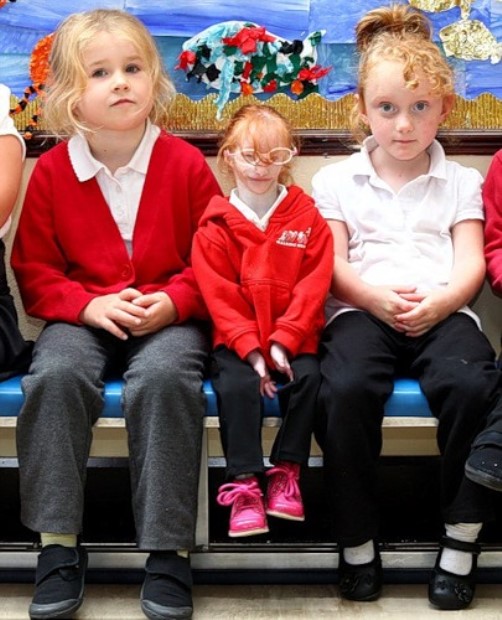 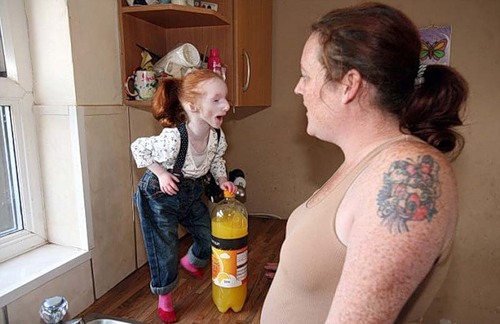 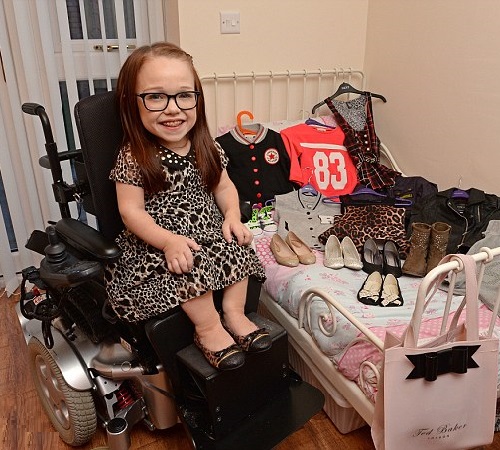 ‘I just forget I am small. I see myself as the same as everyone else’, says Georgia 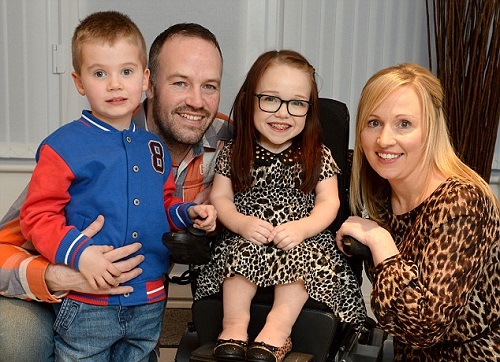 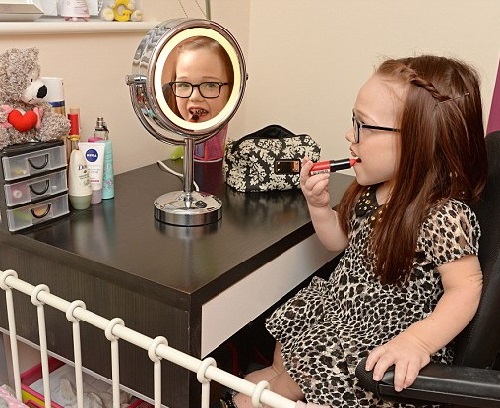 Britain’s smallest teenager has become Georgia Rankin from Warrington, Cheshire, Great Britain. 15-year-old Georgia’s height is 2ft 8in, but despite anything, Georgia is called Lil G. by her closest friends, and she likes what other teenage girls enjoy – going to her school prom, playing on the beach and winning a spot in the X Factor studio audience. Georgia was born with a rare form of skeletal dysplasia, known by many as dwarfism, which meant her bones fused together permanently when she was a toddler.

Georgia’s parents Andrea and Simon were told she would not survive beyond her early teens. But more than a decade of medical care later, Georgia is a happy, outgoing teenage girl who doctors believe can live a normal life. She wears clothes made for a three-year-old girl