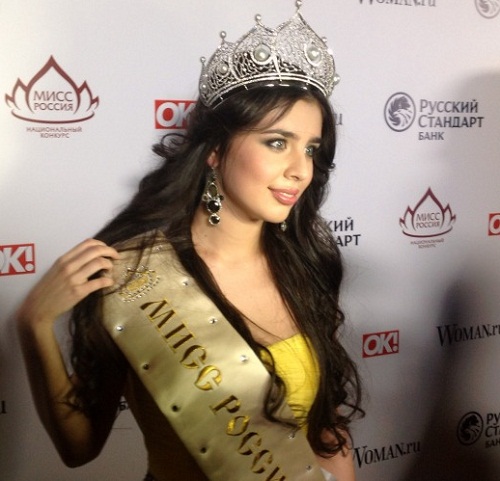 Beautiful 18-year-old brunette from a Siberian town of Mezhdurechensk of Kemerovo region, has become the most beautiful girl. Elmira Abdrazakova Miss Russia 2013

Beautiful 18-year-old Elmira Abdrazakova from a Siberian coal mining town of Mezhdurechensk, Kemerovo region, has become miss Russia 2013. The event took place on March, 2, 2013. Besides, Anastasia Yazykova from Yaroslavl has become the first vice-miss, Irina Tumanova from Kalmyk republic – the second vice miss. However, the first reaction from internet users is mostly negative. In their opinion, the chosen miss Russia has an ordinary appearance, just as thousands girls in Russian towns.
Traditionally, the 34th National competition Miss Russia was in “Barvikha Luxury Village». The winner crowned the title of “Miss Russia 2013”, traditionally received lots of presents. In particular, a crown, jewelry, $ 100,000 and a car. By the way, “Miss Russia 2013” crown is world’s most expensive beauty pageant crown. Made of white gold, studded with diamonds and pearls, its cost is over a million dollars. TV version of the final ceremony of the “Miss Russia 2013” will be broadcast on March 8 on the NTV channel. 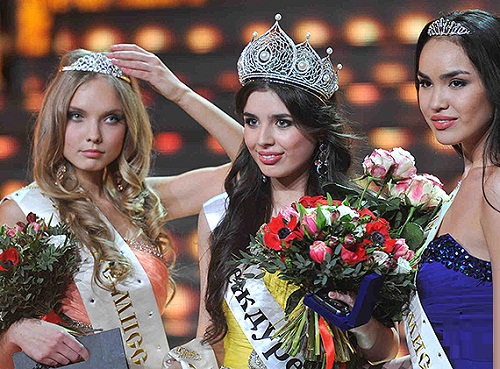 Miss Russia crown is world most expensive beauty pageant crown, made ​​of white gold, studded with diamonds and pearls, worth over a million dollars

For the first time in the history of the competition the most beautiful Russian girl was elected by the winner of the title “Miss World” Chinese Yu Vensya and “Miss Universe” Olivia Culpo from the U.S. Among other judges were Russian singer Dmitry Malikov, businessman Arkady Novikov, fashion designer Valentin Yudashkin, athlete Anastasia Myskina and many others. 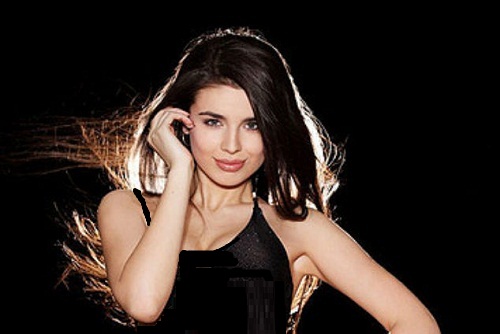 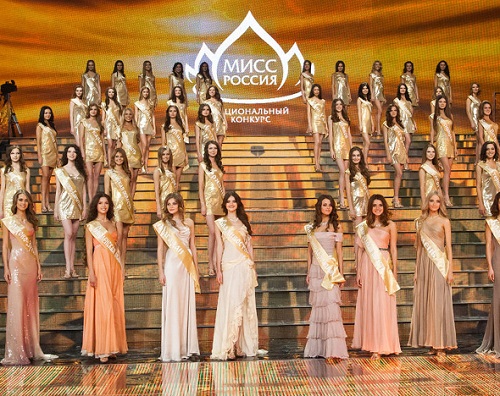 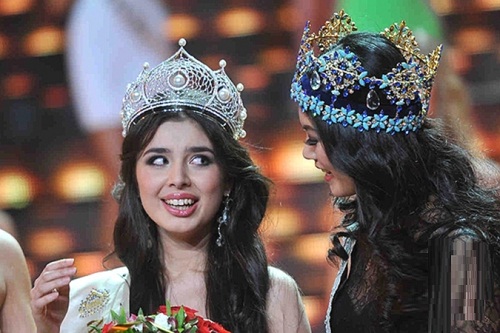 Olivia Culpo from the U.S. Miss Universe 2012 was one among the judges 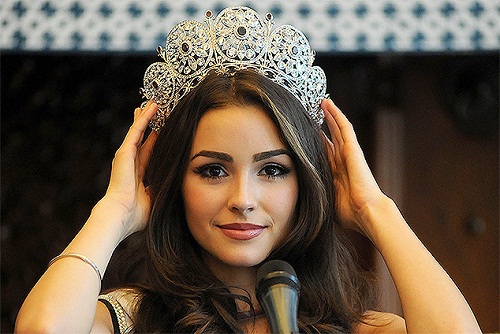 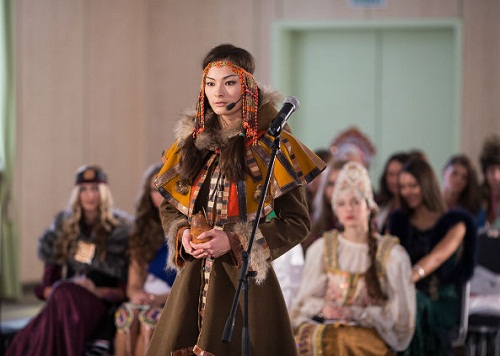 Russia is a multicultural country, participants demonstrate their national costumes 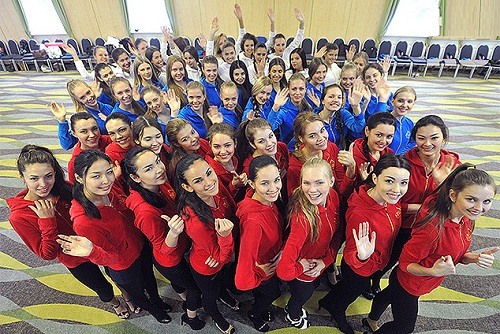 The participants of beauty pageant 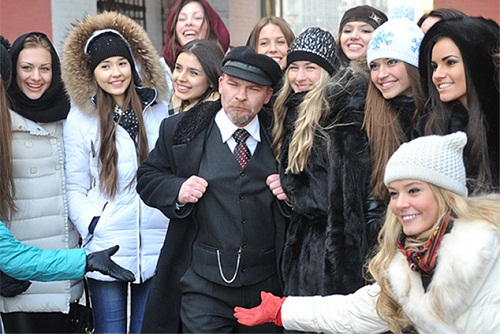 Lenin double with the participants of beauty pageant 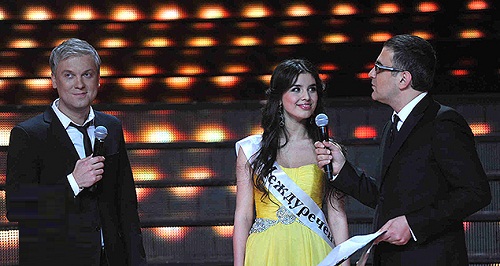 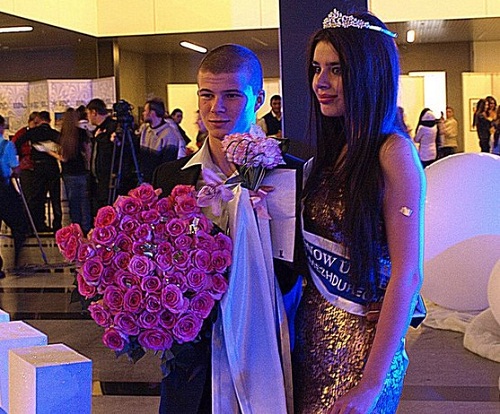 Accompanied and actively supported by her boyfriend, Abdrazakova 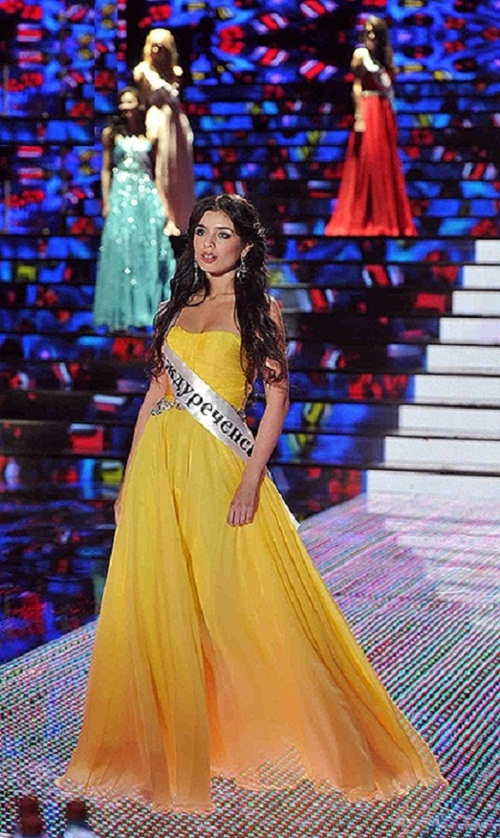 Precious Miss Russia crown is world most expensive beauty pageant crown. Made ​​of white gold, studded with diamonds and pearls, worth over a million dollars 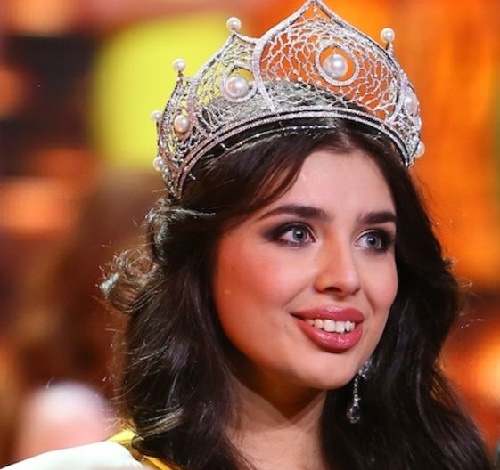 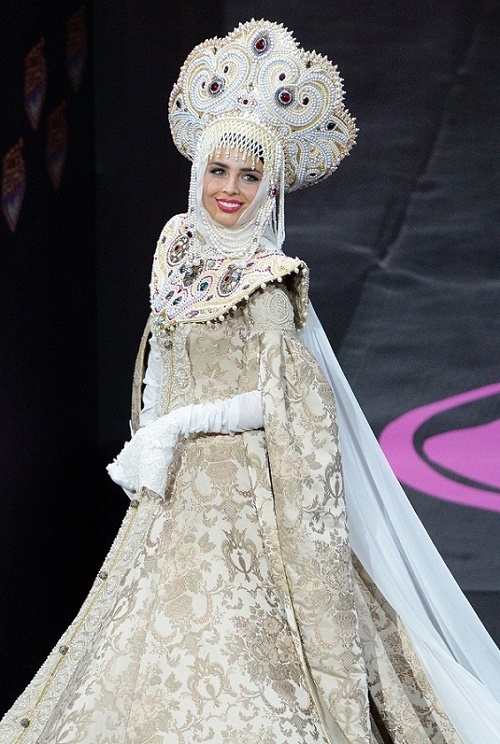 3 November 2013. Abdrazakova during the parade of national costumes on the show “Miss Universe 2013” in Moscow. Ilya Pitalev, RIA Novosti