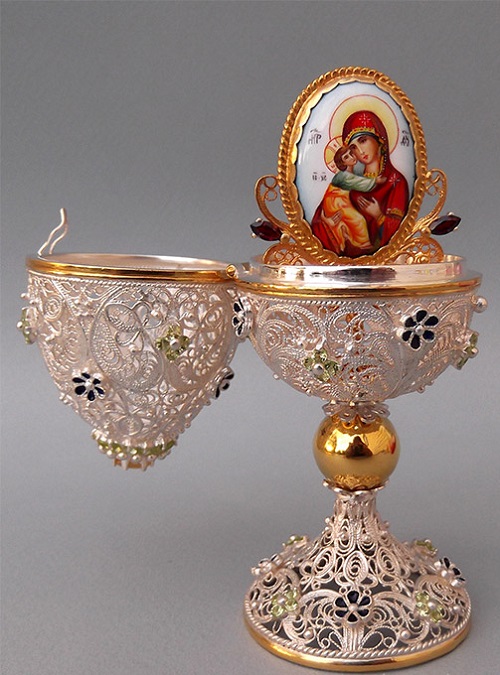 Enamel painting by Vyacheslav Abramov. Vyacheslav Abramov is a talented Russian artist, born in 1952, in the city of Rybinsk, Yaroslavl region. In 1978 he graduated from the Rybinsk Aviation Technology Institute, and worked at a plant until 1990. But he never gave up on creativity – was engaged in wood carvings from 1980 to 1992. He has created more than 500 works for the interior decoration. As a woodcarver has participated in amateur and professional exhibitions on the regional level. In 1990 he had become intensely engaged in jewelry business and painting on enamel. First it was the exclusive jewelry, then Easter eggs, and finally – salary for icons. Since 2001 Abramov is a Member of the Union of Artists of Russia. 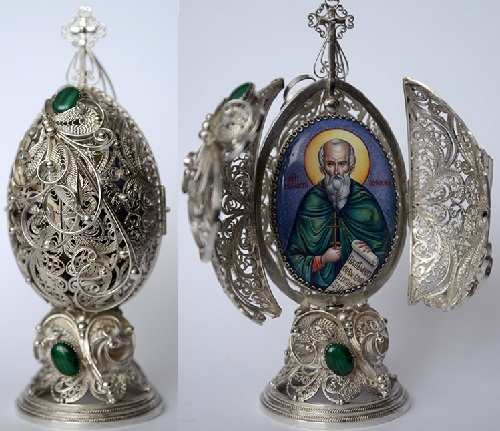 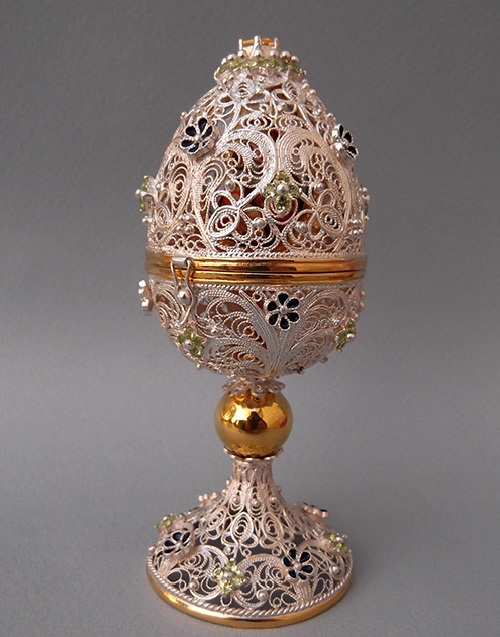 Saints Peter and Fevronia, Patrons of family and marriage

The icon of St. George

Worn under of Kazan Mother of God 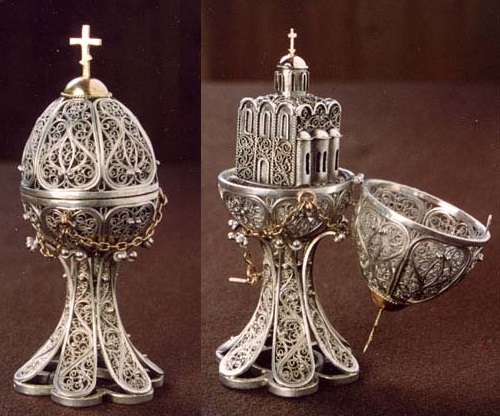 Easter egg with a copy of a cathedral in Vladimir 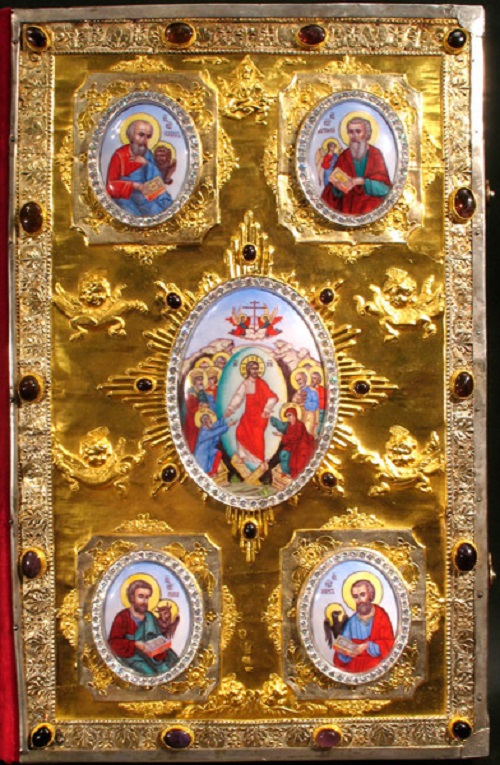 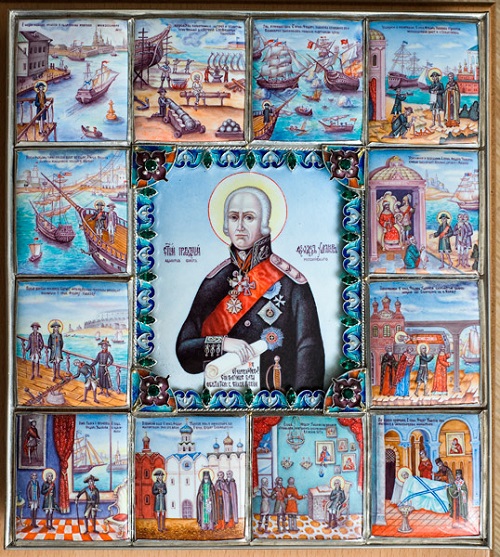 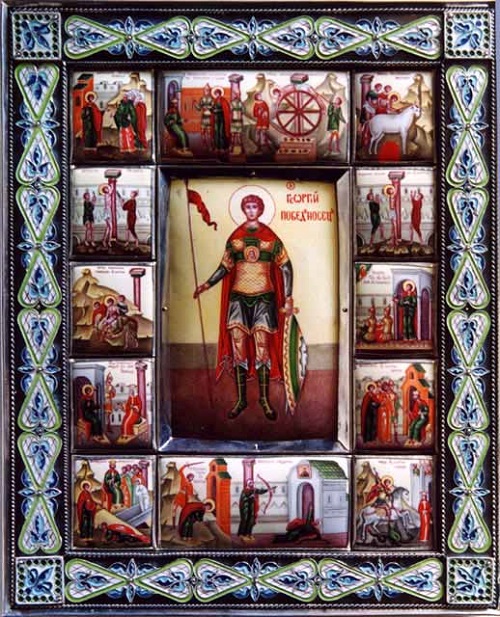