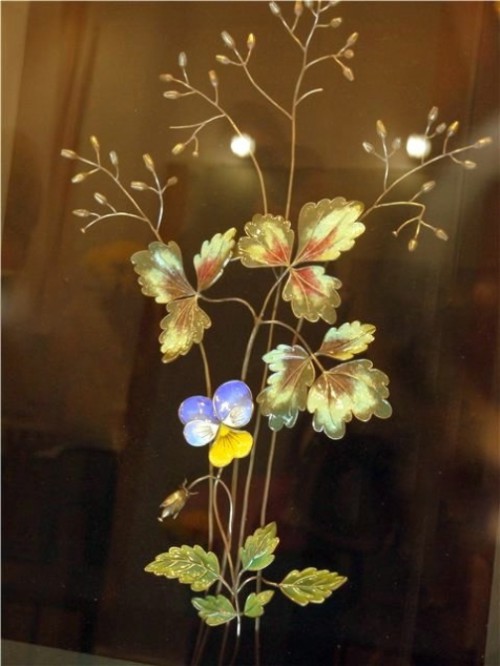 Russian Enamelist jeweler Nikolay Suslov is a child of the war, deaf and dumb from birth. Born September 25, 1941 in Kostroma, he was the son of students of Kostroma Textile Institute. Then it was impossible to predict that he would be a Honorary Citizen of his native city of Kostroma. Nikolay Suslov has served the fatherland about 20 years as a rector of his Alma Mater. He is a creator of a dynasty, which has given about 100 years of excellent service to the university. Passion for creativity woke up in Nikolay Suslov quite early. For him, who was born deaf and disabled, classes in drawing and painting were successful adaptation. Children’s Art Classes at the school contributed to the development of creative abilities. Boarding school for deaf children, in which he studied, paid much attention to the crafts lessons. Natural hard work, wise parents and teachers helped to develop the sensitive artistic ability and the right choice of profession. 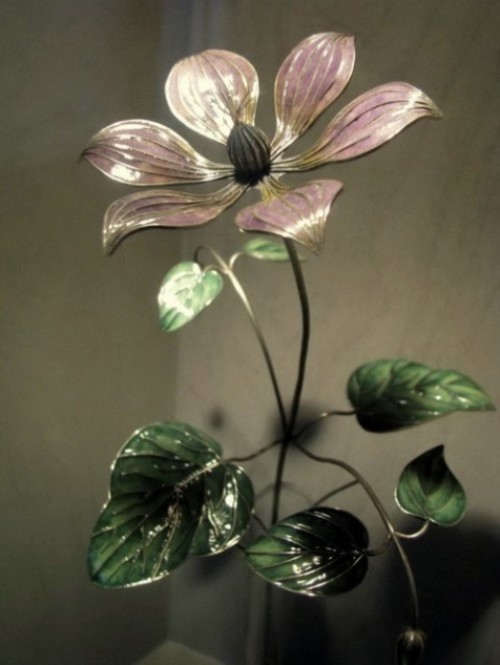 The first professional degree in metal Technology Nikolay Suslov received in the Institute. As a student Nikolay successfully showed his ability not only academically, but also in sports, inventive activity (was engaged in missile modeling). At the X Olympic Games of the Deaf (United States, Washington, DC, 1965), he won a silver medal in the 4×100 m relay.

Nikolay started his professional career in an experimental creative-industrial studio “Russian Souvenir” and Fedoskino factory of miniature painting, where the artist has been working to this day. Works of Suslov won praise from the Queen of England. A few years ago one of his compositions was sent as a gift to Her Majesty. Now Nikolay Suslov lives and works in Moscow. His wife is also deaf, and works as an artist – jeweler.

In the work of Nikolay Suslov prefers antique Russian jewelry art (hot Cloisonne enamel), also works in the media: filigree, mounting, chasing, and actively participates in Russian and foreign exhibitions. His works are in many public museums and private collections around the world.

Cloisonne (French, cloison, ‘partition’), a technique in enamelwork in which thin strips of metal are attached to the background surface, forming a design made up of various little compartments that are filled with the vitreous enamel paste. The technique was known in the ancient Mediterranean world and has also been much used in China, but it is perhaps best associated with *Byzantine art, particularly with the celebrated 11th- and 12th- century Pala d’Oro (Golden Altar screen) of St Mark’s in Venice. 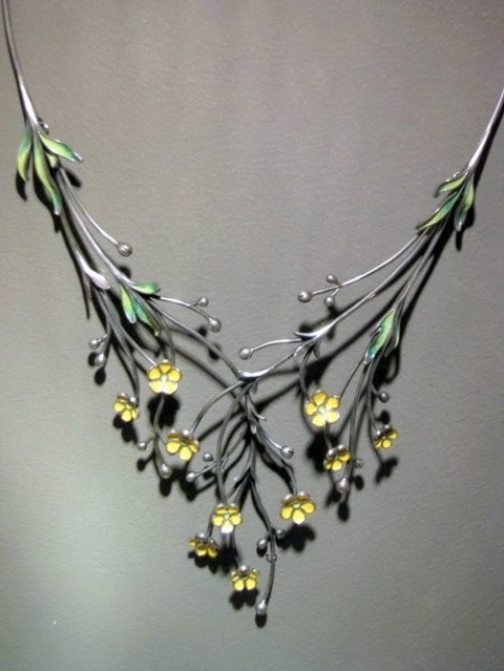 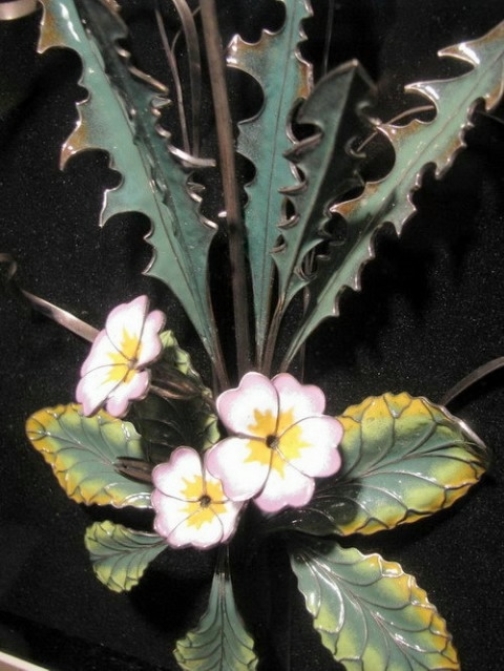 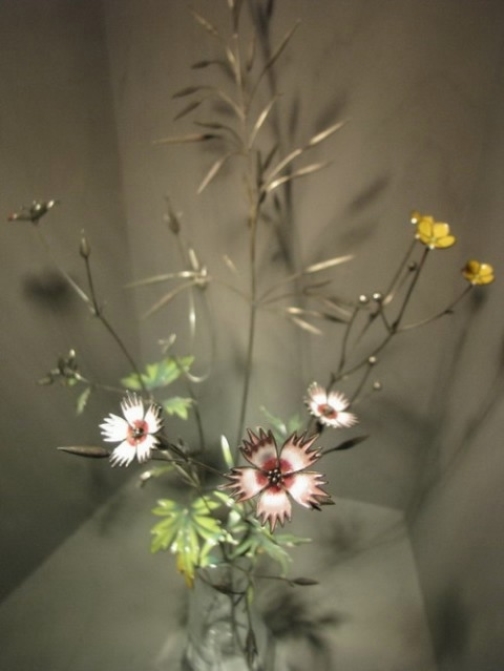 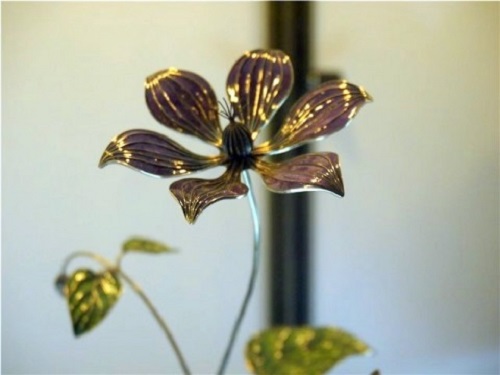 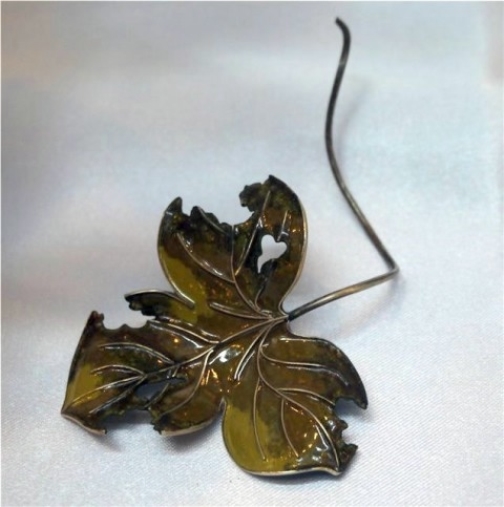 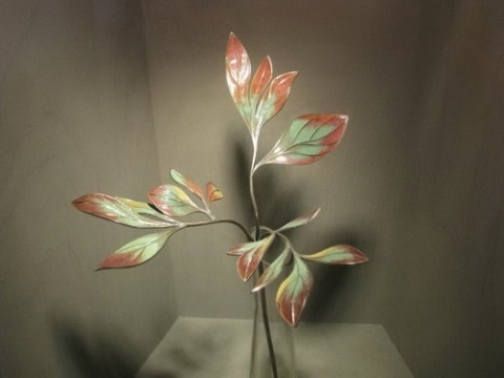 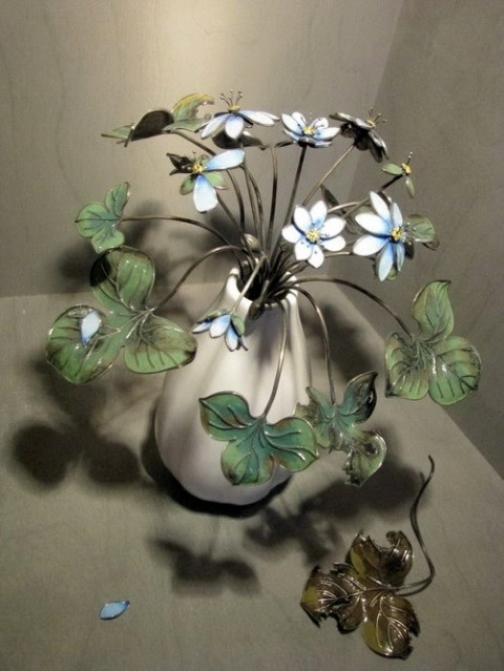 A vase with flowers 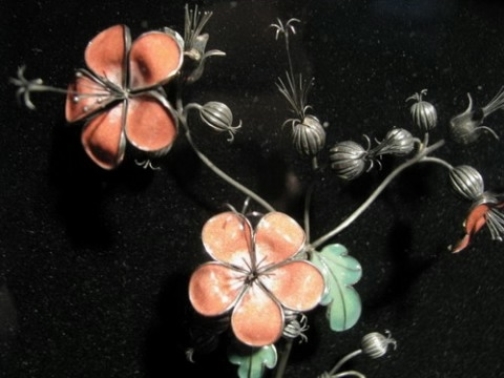 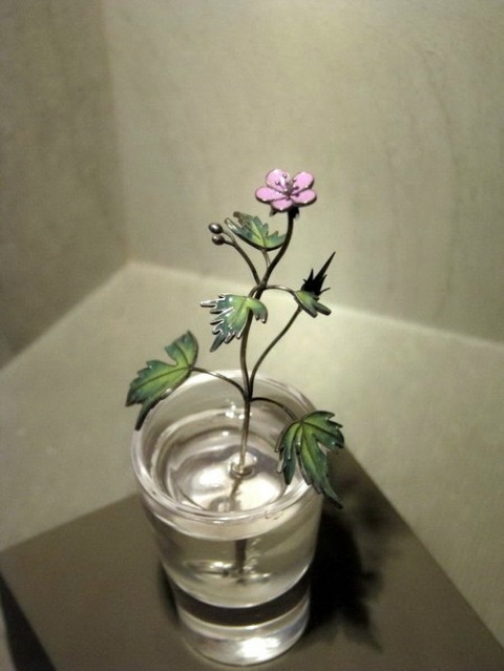 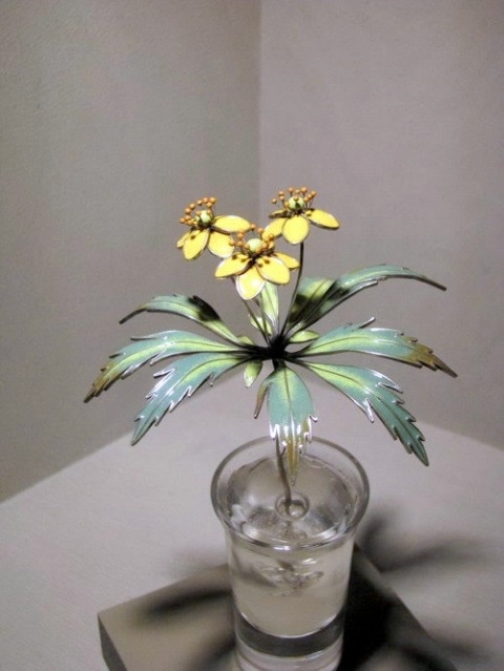 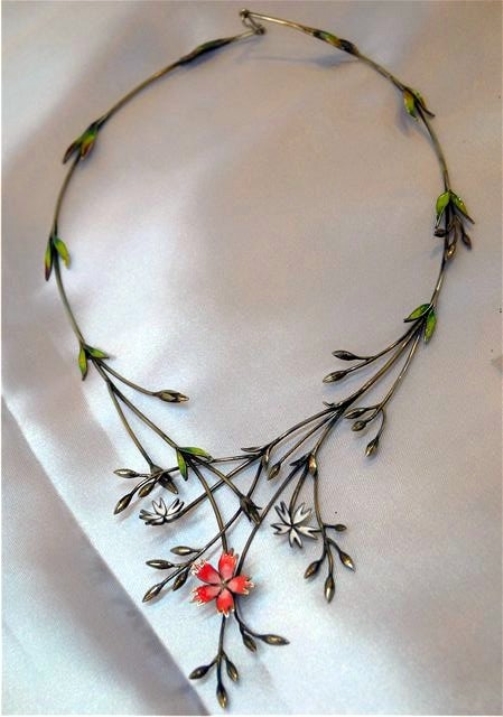 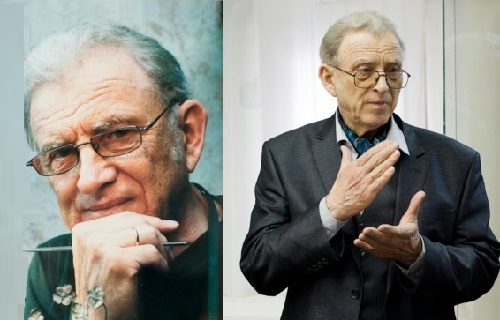