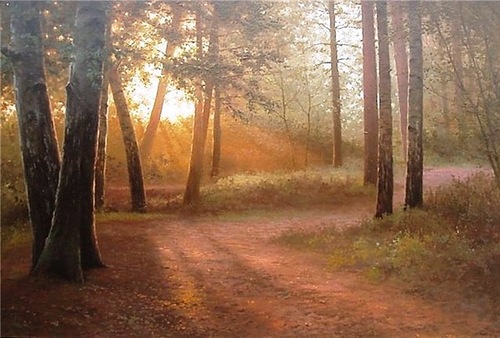 Landscape transparency in Vyacheslav Khabirov’s art
born in 1967 in Ust-Kamenogorsk, Kazakhstan, Russian artist Vyacheslav Khabirov showed great interest and passion for art in early childhood. Aged 13, he began to paint in oils. And while studying at art school, participated in national exhibitions held in the Kazakh capital. Constantly striving for perfection, the artist has devoted much time to working with the literature, examining the legacy of the great painters of past ages, in order to produce his own style, technique and color palette. Since 1994 the artist lives in Moscow, working in different genres, mainly landscapes that differ in clearly composite construction, and transparency. Vyacheslav is a member of the Artists’ Union of Russia (2000). Most of his works are in private collections in Russia, Germany, China, Japan, UAE, USA and France. 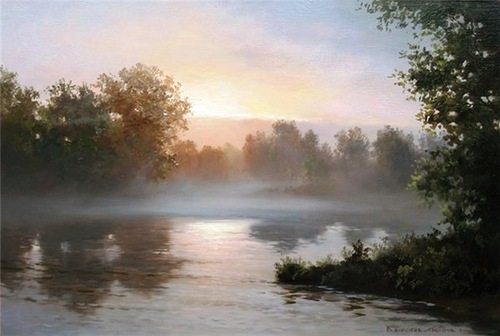 Being a student of an Art school Vyacheslav participated in the exhibitions of republic level in the capital of Kazakhstan – Alma-Ata. His works received prizes and special grants. Aiming at perfection, the artist spent a lot of time working with literature and studying the old masters school. Vyacheslav Khabirov worked out his own style, his special technique and color scheme.
After finishing school, Vyacheslav entered the Institute of Architecture to continue the cause of his father. But being in the fourth year he realized that, in fact, his vocation was painting.

Working as a restorer, he studied the art of icon-painting and with great skill restored several precious icons which were in extremely bad condition. At the same time, he created some monumental works for the town, including the exposition “The Soldiers of the Eastern Kazakhstan during the Great Patriotic War”. He also designed many cultural events in the town. Since 1994, the artist has lived in Moscow. He works in different genres, but the base of his art is landscape and seascape paintings. They are noticeable for the accurate composition and definite ways of painting that combine pasty manner with the transparency of glaze. 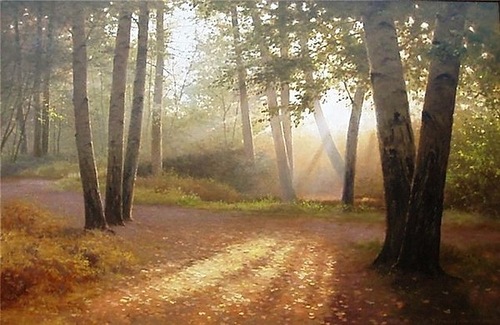 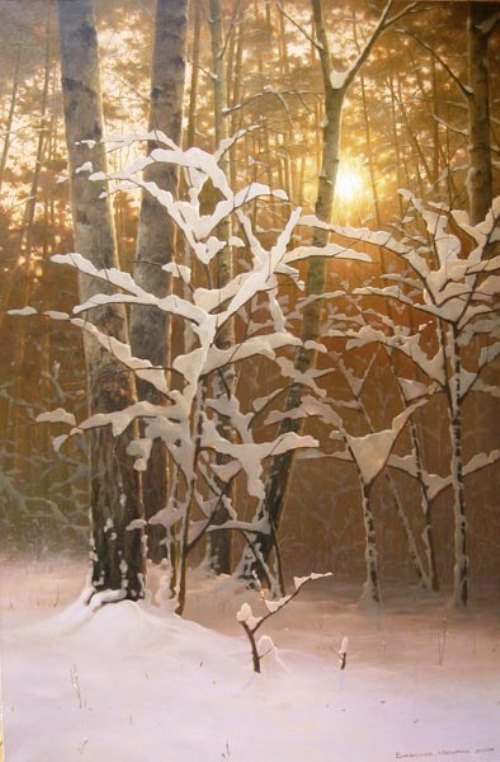 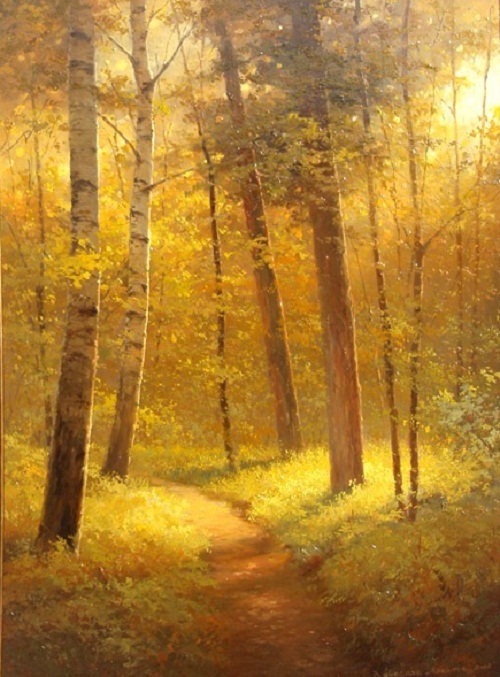 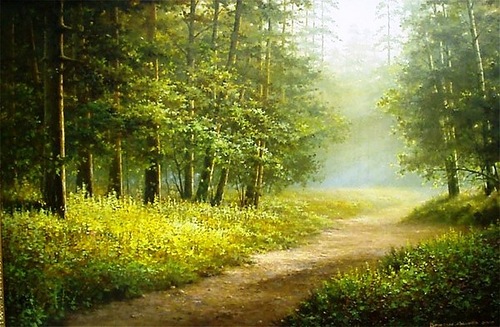 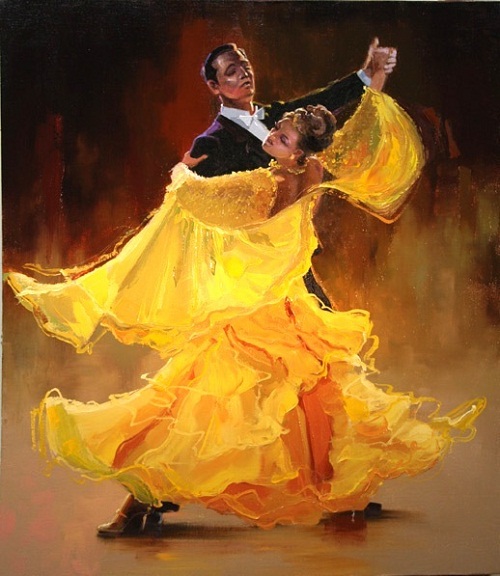 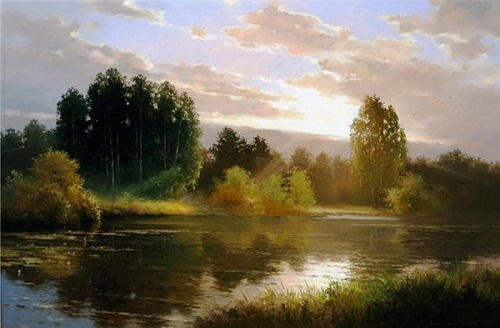 Sunset over the river 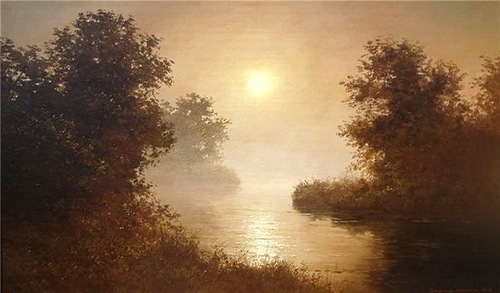 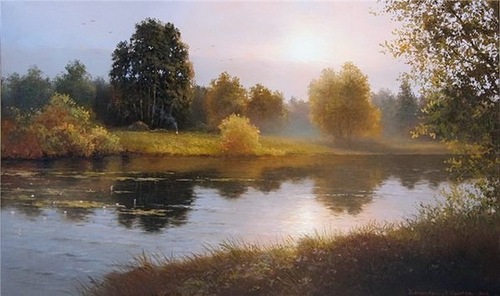 Morning at the river

Road to the church 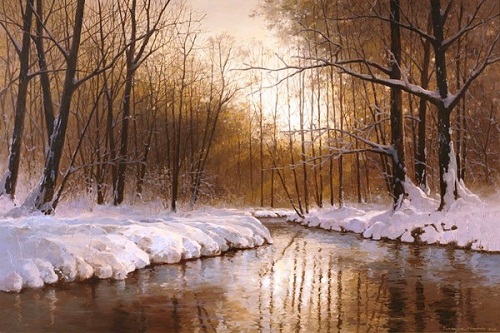 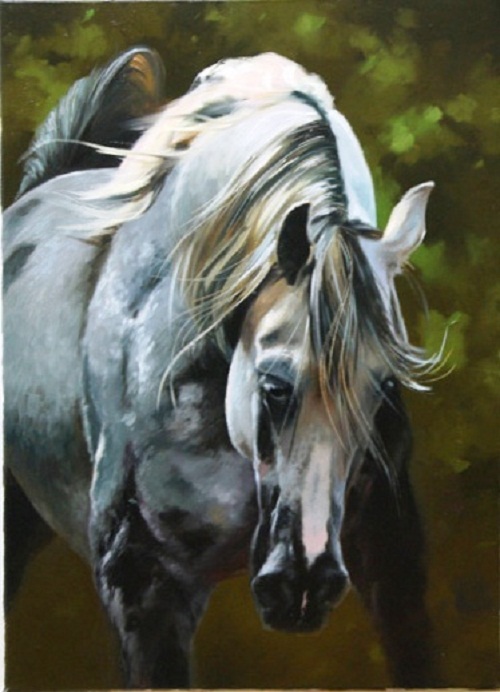 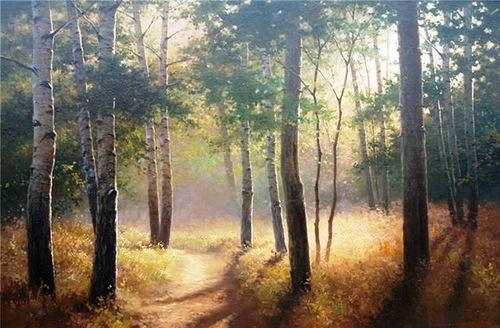 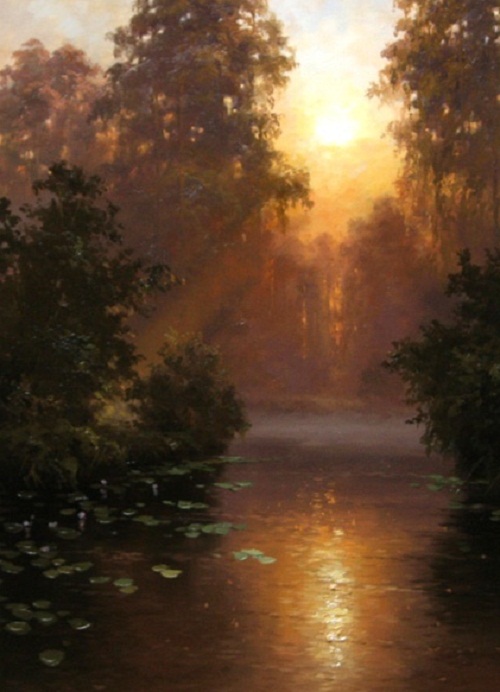 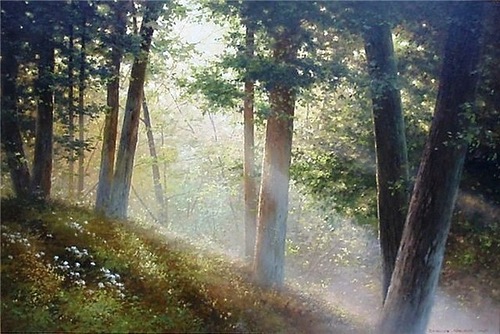 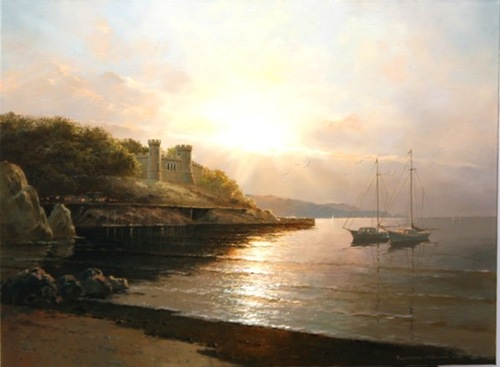 Boats on the sea 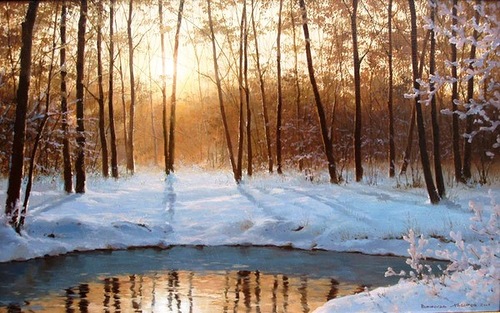 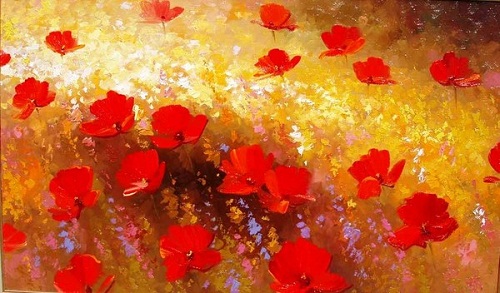 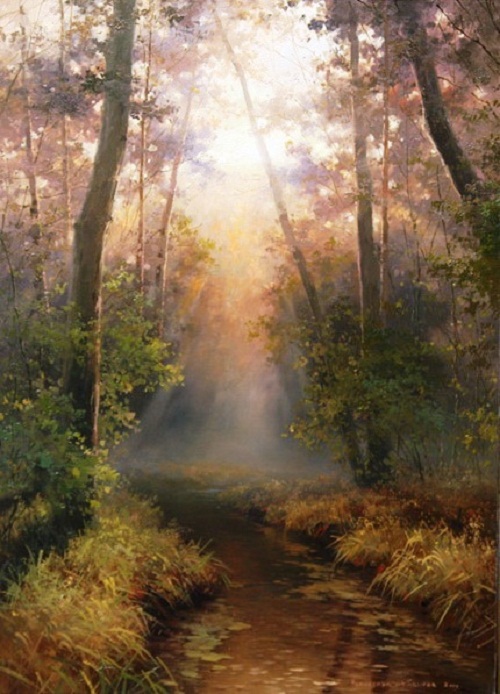 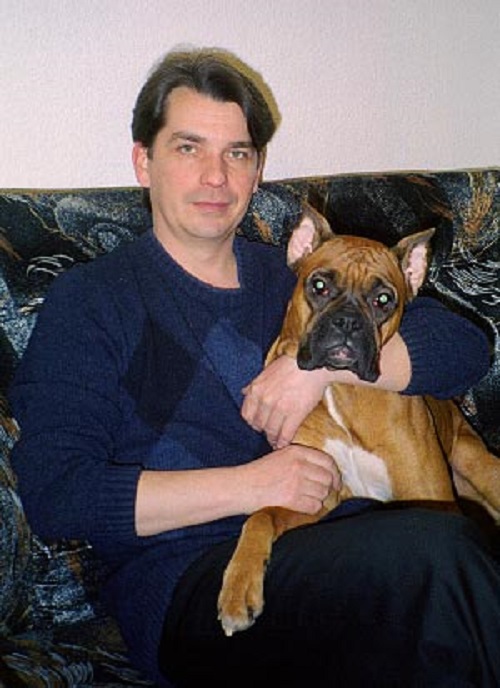