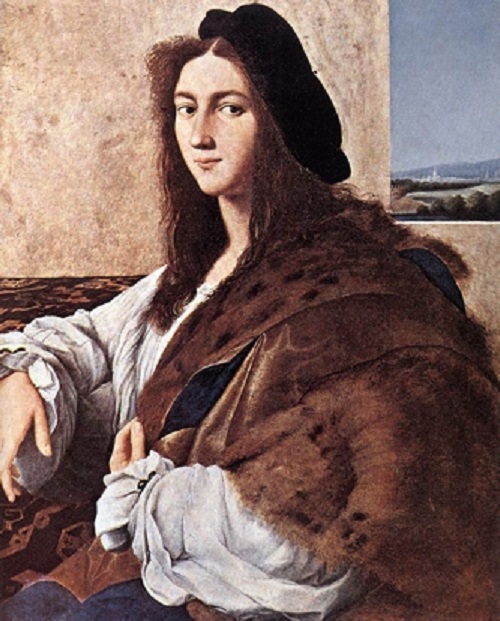 Rafael ‘Portrait of a Young Man’. Cost – about $ 100 million. Most expensive stolen artworks

Most expensive stolen artworks.
On the black market sale of works of art – museum exhibits or stolen cultural property from private collections have long been a part of well-established and profitable business. The turnover of only the American underground art market is estimated by experts at six billion dollars. Not surprisingly, the world each year loses tens of thousands of paintings, sculptures, prints, collages. Forbes compiled a list of the ten most expensive stolen artworks, their fate remains a mystery. In the above picture – Raphael’s painting. It belonged to a noble Polish Czartoryski, was confiscated in 1939 by the Nazis. Shortly before the end of the Second World War picture came into the hands of the governor-general of occupied Poland Hans Frank. In 2012 it was reported that it is in a bank vault in either the U.S., or Europe. 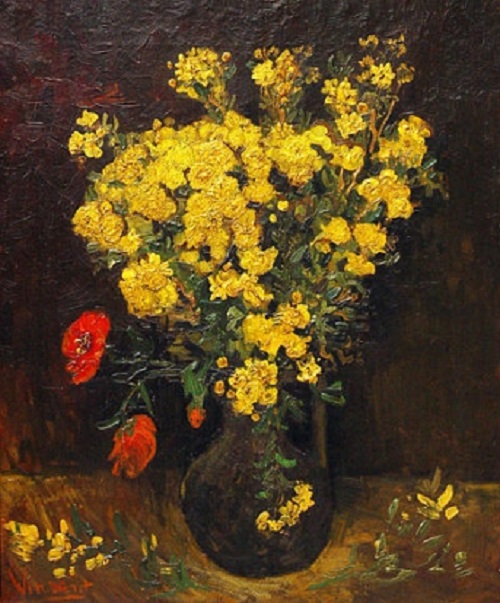 Dutch post-modernist painting was stolen in 2010 from the Cairo Museum of Mohammed Mahmoud Khalil, which was about to close for repairs. Neither exhibits alarm nor surveillance equipment was working. Hoping to catch a picture, intelligence agencies blocked the airports, railway stations, docks, but all efforts were in vain. After a couple of years, British experts made a sensational statement that the real ‘Poppies’ was stolen from the museum in 1977 and thieves risked their freedom for the sake of a fake. 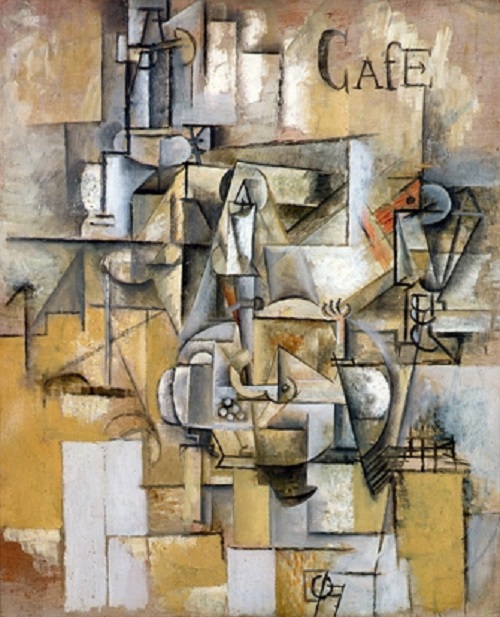 In May 2010 in France there was a robbery of century – as it is considered by art lovers. The thief was likely to have acted alone, he entered the Paris Museum of Modern Art, having cracked a window grille. Slowly, he pulled out of the frame five paintings – by Pablo Picasso, Henri Matisse, Georges Braque, Amedeo Modigliani and Fernand Leger. According to the records of the cameras, the perpetrator acted calmly, as if he was sure that he would not be caught. He was wrong: one and a half years after the theft investigators caught the thief, and the customer. The thief admitted that he felt under surveillance, panicked and destroyed all the paintings, including the most valuable – “Dove with Green Peas”. The police did not believe him and continues to search for stolen paintings. 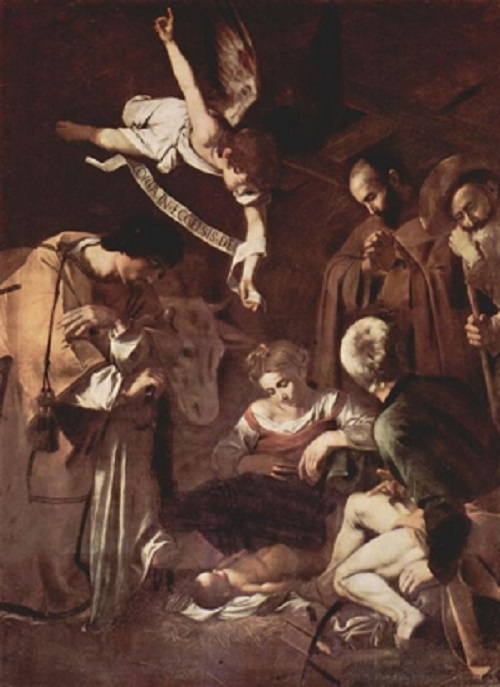 The tradition to keep the great paintings in churches and cathedrals played a cruel joke with the Italians: in 1969, from the chapel of San Lorenzo in Palermo vanished one of the works of Caravaggio. The main suspects in the theft were considered representatives of the Sicilian Mafia, but intelligence agencies for a long time could not find any customers or the painting. The truth about the sad fate of the “Christmas” was opened in 2009, when the hitman Gaspare Spatutstsa in court said that the painting was kept in a shed of the farm Pullara. Mafiosi didn’t take care of the painting, and it was gnawed by rats and pigs. Realizing that the damaged canvas would be impossible to sell, it was burned. The public, however, still hopes to find the painting. 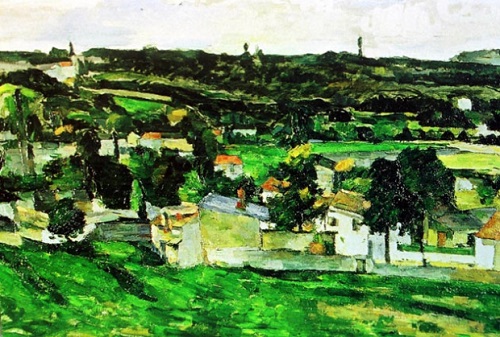 Luxury New Year’s gift made for himself the thief, having stolen the painting “View of Auvers- sur -Oise” from the Ashmolean Museum of Art and Archaeology in Oxford in 1999. While the entire country was launching fireworks, drank champagne and counted the seconds before the turn of the millennium, a thief sneaked unnoticed into the hall with the Impressionist paintings, and took one of the most valuable. 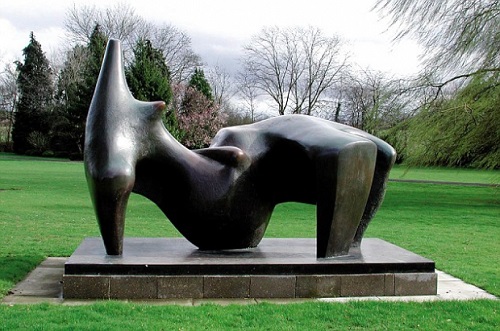 In 2005 the statue was stolen in Britain by three unknown people, the size of sculpture reached three and a half meters in length and two – in height and width. “Reclining Figure” was created by modernist Henry Moore, it belonged to the county of Hertfordshire. Sculpture in minutes was lifted onto a truck under the CCTV cameras. After several years of fruitless searching the police came to the conclusion that the ‘Reclining Figure’ was melted. 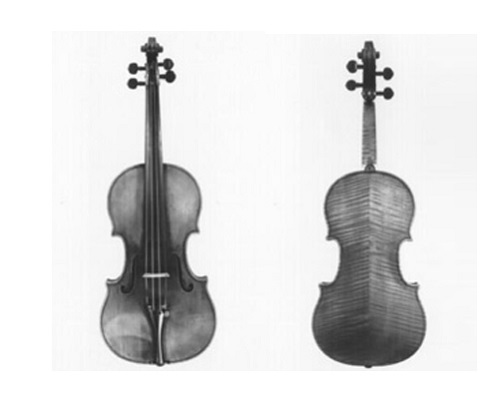 One of the most cynical of thefts in the field of art was made in 1995, when out of the New York apartment of the famous Austrian violinist Erica Morini disappeared tool made by Antonio Stradivari. The woman, who by that time was over 90 years old, was in the hospital in serious condition. After some discussion, the friends and relatives of the Morini decided not to tell her the sad news, fearing that the heart of the old woman simply would not sustain such a loss, because the violin was given to her by father more than half a century ago. Morini died in some days – in blissful ignorance. 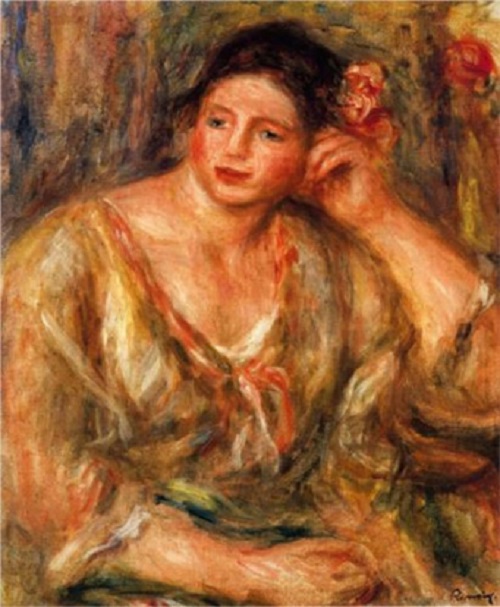 Most expensive stolen artworks. Auguste Renoir ‘Madeleine with flowers in her hair, leaning on her elbow’. Cost – about $ 1 million

September 8, 2011 a gunman burst into a rich house to the west of Houston, Texas, and threatening with a pistol he demanded money and jewelry. The frightened landlord found the strength only to have to point to a picture hanging on the wall and told its approximate cost. Delighted with unexpected good fortune, the offender grabbed the “Madeleine” and disappeared into the darkness. 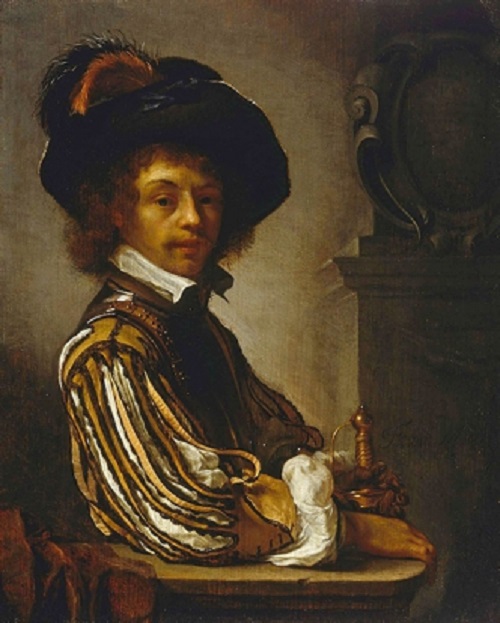 Staff at the Art Gallery of New South Wales in Australia, where in 2007 self-portrait of van Miris disappeared, suggest that a thief was inspired by the small size of the painting – only 20 to 16 centimeters. Moreover, experts tend to believe the theft was spontaneous. 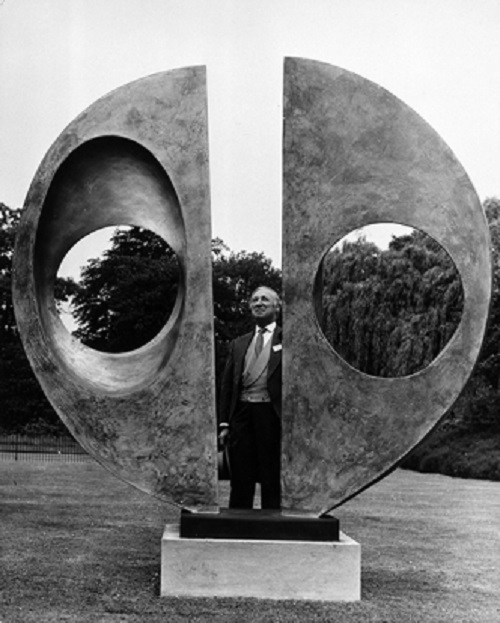 In 2011, London police reported that from Dulwich Park disappeared sculpture by Barbara Hepuort “Two Forms”. The hope of its return is low.