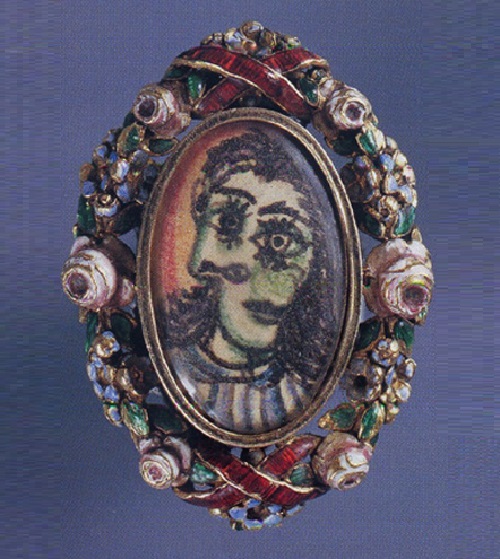 Unknown jeweler Pablo Picasso
The fact that Pablo Picasso had also worked in this direction of art is not often remembered. Maybe because comparing to his paintings, these jewelry artworks looked not bright enough. Or maybe just because their price never reached that for his paintings. Several intricate works of the great artist were brought to the public only in 1998. Although these jewels were kept in the house of Dora Maar, Pablo Picasso’s love for many years, very few people knew of their existence. Jewelry artworks were up for auction only a year after her death. Marc Blondeau – the founder of Sotheby’s auction helped make jewelry catalog in 1998. He did it in the apartment of Dora Maar on Rue de Savoie in Paris, where she lived from 1936 to 1945, during her affair with Picasso. “Jewels were everywhere, under the bed, in old shoe boxes …” – recollected Blondeau. “She kept them carefully, with a memory of Pablo.” 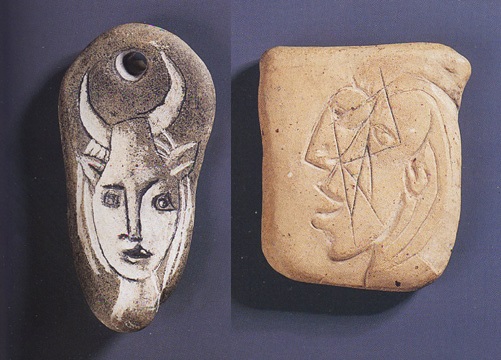 Engravings (total six) were made on plain gravel, which Picasso picked up on the beach. He drew portraits on stones with a simple pocket knife. Two summers in a row loving couple spent in Juan-les-Pins in the south of France. Almost all of the prints from the tiles, some with holes in the top, so that Maar could wear them as amulets. 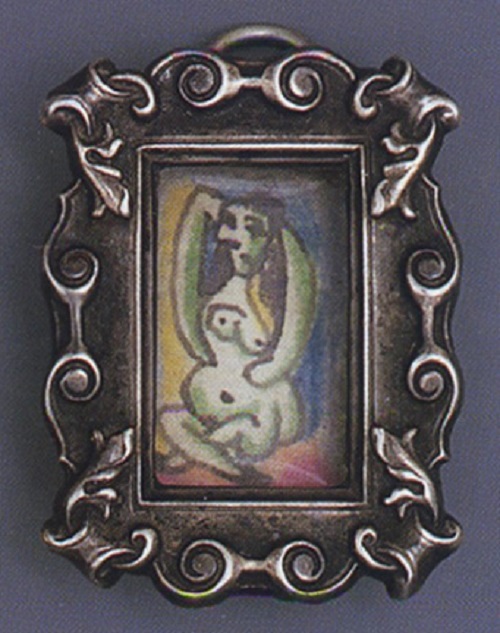 Even the experts in the jewelry works of modernists had no idea until the discovery what Picasso was engaged in. Picasso created jewelry long before his commercial cooperation with a jeweler Francois Hugo at the end of the 1950s and 1960s. Among the items were brooch, four pendants, watches and rings, beautiful frames in which the artist inserted miniature portraits, basically most of Dora Maar. 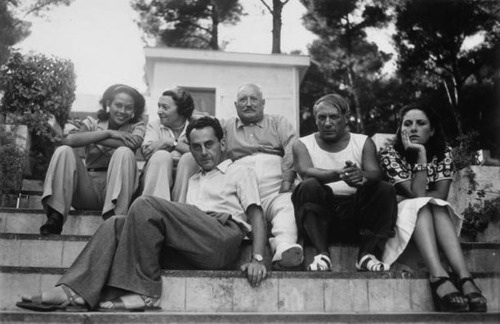 A lot of artists – even some of the greats – made jewelry for their loved ones. And these products were completely uninteresting from the point of view of jewelry – just like a piece of history. The mere fact that Picasso made these ornaments and made them for Dora Maar is incredibly interesting, no matter what they represent in terms of style and aesthetics. Certainly, such a find is an epoch-making event.

The main part of jewelry was made from 1936 to 1939, the second in the first three years of the romance of Picasso and Maar. The only written record of these products, which the researchers were able to find appears in the biography of Picasso and the Oder, written by James Lord. James Lord lived in Paris after World War II and was a friend of both Picasso and Maar. According to the Lord, first ornament Picasso did for Maar to comfort her after the loss of the ring with a ruby. The golden ring was obtained in exchange for one of his watercolors. 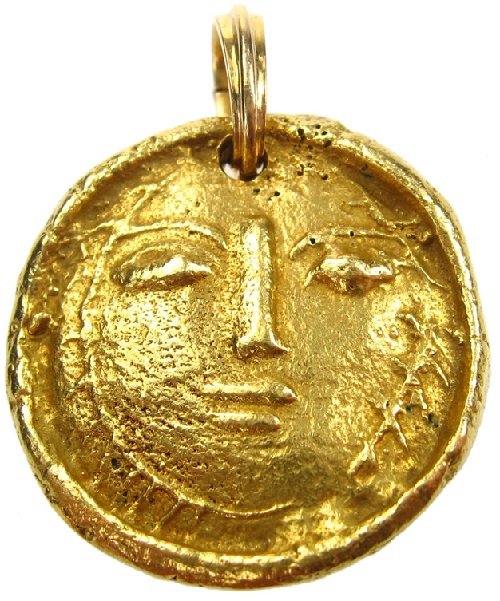 “During the walk, passing the bridge, he got into a dispute between the two lovers. Picasso rebuked the Douro had persuaded him to give his art work in exchange for a trinket. At some point, Dora decisively took off the ring finger and threw it into the Seine, making Picasso silenced. Later she was upset that she did it so impulsively. During some days Dora was on duty on the bridge, in the hope of finding the ring. But it was lost forever. And all this was the fault of Picasso. Dora could not forget the story until Picasso did a ring of his own design for her. It was too precious and too fragile to wear it. Of course, to some extent, this was his revenge. 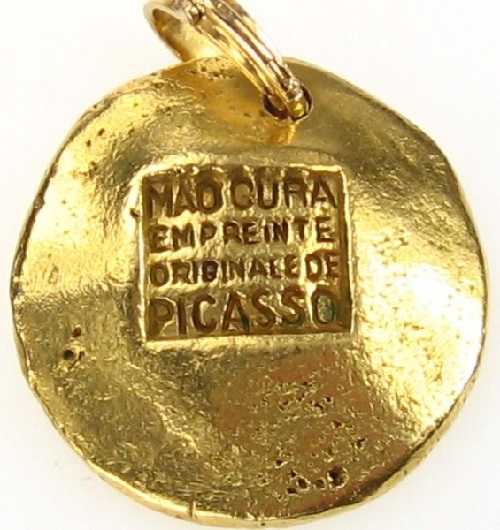 Obviously, Lord did not know about the other jewelry that Picasso did for Maar. One day she showed to Lord silver lighter engraved with her portrait, in a manner typical of Picasso in the late 1930s. 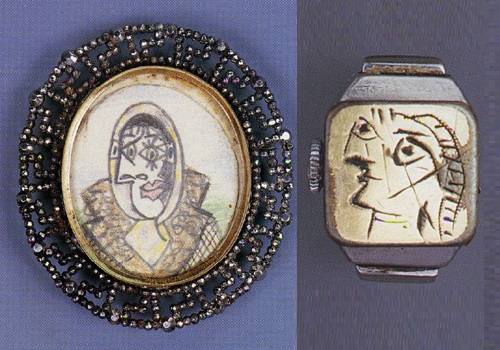 Lord describes the cabinet of mahogany, which Maar called “private museum”. There were items made by Picasso, including a bronze bust and the hands of Maar, match boxes with pictures on them, several large books illustrated by Picasso, and a menagerie, and a poultry house, made of wood, paper, plaster, metal …”He does not know how to stop creating things,” – explained Maar to Lord when he first saw the collection in 1953. “It must have been unbearable for him. Course, it becomes unbearable for us.” 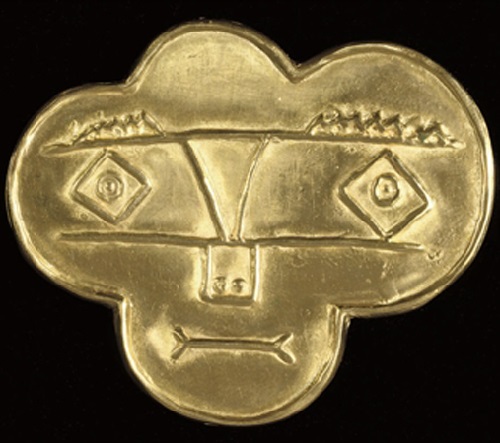 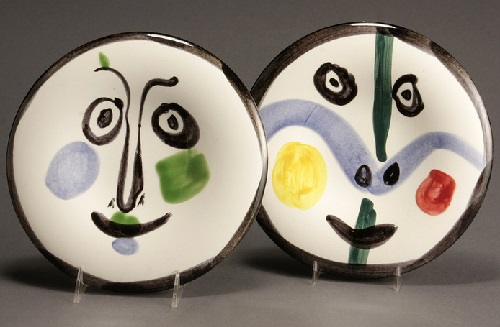 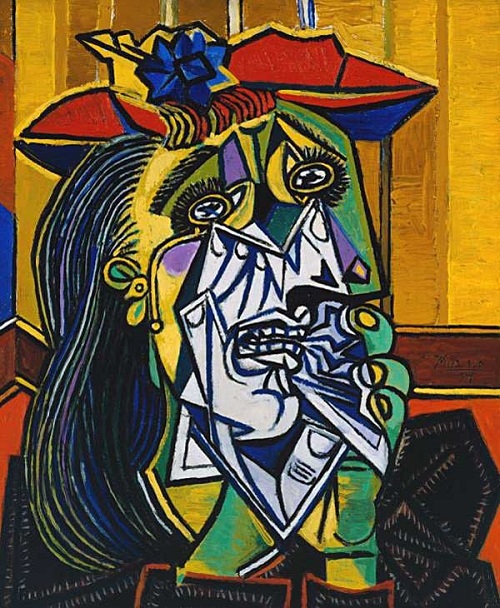 Although Picasso and Maar were never married and did not live together, their relationship has inspired many artists to work during the war. Maar was shocked when Picasso left her for Françoise Gilot (who bore him two children, including Paloma) and spent some time in a mental hospital. However, some of jewelry found in her flat prove that they remained connected for a long time thereafter.
Lord recalls how in 1950 Dora Maar asked him:

– Do you see Picasso’s painting on my wall, how much it costs?
– Half a million dollars. Maybe a little more ..
– Much more! And I’ll explain why. On the walls of the gallery, maybe it only costs half a million. On the walls of Picasso’s mistress, this picture deserves a substantial premium. Premium of history … 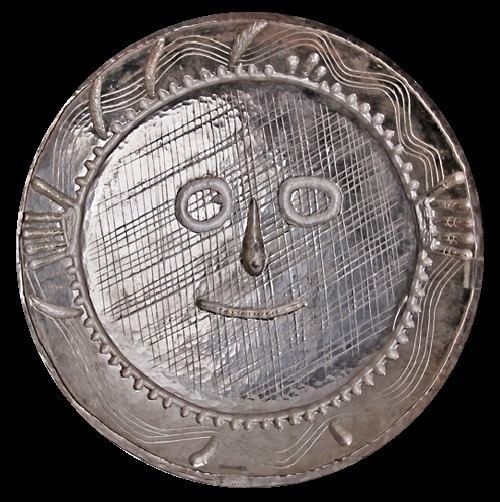 Silver dish, created by Spanish painter and sculptor Pablo Picasso was stolen during the Festival of Contemporary Art in Miami “Art Basel”. Value of the stolen artifact is estimated at 85 thousand dollars. Stolen dish called Visage aux mains is part of a series of 20 silver objects created by Picasso in 1956.