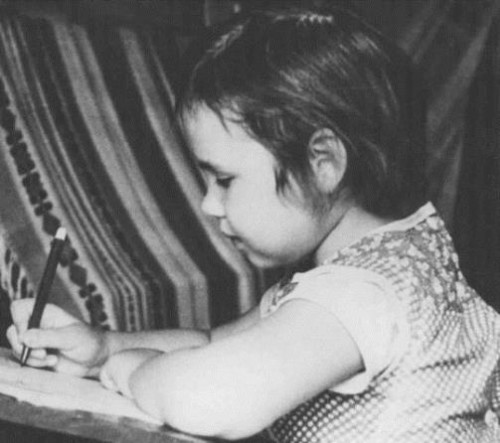 Extraordinary artist Alexandra Putrya
She became notable through thousands of her artworks, before dying at the age of 11 from leukemia. Born December 2, 1977 in Poltava region, then USSR, Alexandra Putrya started painting at the age of 3. By the time of her death, at age 11, she had created around 2279 paintings, drawings, and even technical sketches. Collected within 46 albums, they are on display in a museum in Poltava. Her creative collection includes also poems, embossing, embroidery, clay products and soft toys.
Alexandra Putrya had an intense interest in India, though she had never been there. She loved the country, its music, clothes, and customs, and even dreamed of marrying an Indian Movie Star. Noteworthy, she was buried, dressed in Indian sari, in 1989. 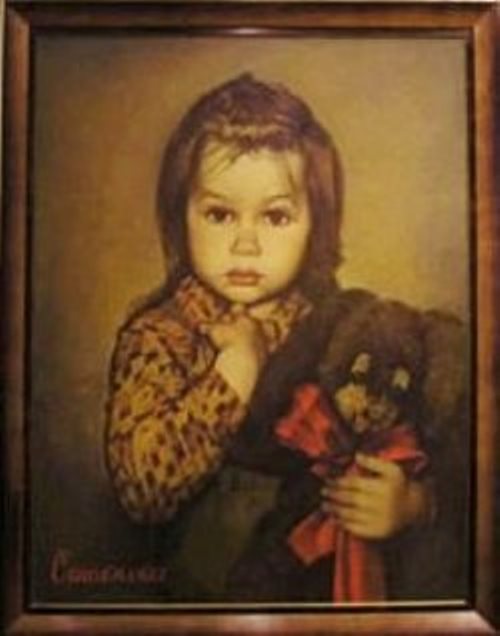 With her art Alexandra Putrya wanted to help adults reach the moon and make asphalt pavement road without cracks. Drawing for Sasha was as natural as sleeping and eating, it often replaced for her communication with friends and children’s games.

Sasha’s father is an artist, her mother is a school choirmaster. Sasha grew up in a creative atmosphere, she had an absolute ear for music, beautifully danced. Still drawing prevailed over other hobbies. She was allowed to paint everywhere: on walls in the bedroom and bathroom, beds and chairs. At the age of three Sasha confidently used a pencil and a paintbrush. She drew without ceasing, and often fell asleep all covered in paint. Her father Yevgeny Vasylyevych made for her a small art studio in her bedroom and tried to teach the girl academic program, but ran into a delicate rebuff. As an artist Sasha formed independently, guided by her own experiences and imagination.

When Alexandra was five years old, she was diagnosed with leukemia. Trying to ignore the pain, Sasha began to devote more time to her favorite pastime. At this time, funny animals and fantastic characters that she painted were replaced by the images of Hindu philosophy, self-portraits – many-armed god Shiva, adult Indian woman, the eyes of whom reflected a deep sadness for our Earth.

Sasha fought for her life for six years, and then asked her parents to let her go. Shortly before her death, she asked her dad to put a hand on a white sheet of paper, circled the contour with pencil, then put her hand on top and has done the same. The finished drawing was found after 24 January 1989, when the girls was gone. There she drew a Star of Sirius, which Sasha wanted to fly to.

Since 1989, there has been more than hundred solo exhibitions of Alexandra Putrya in many countries around the world, about the little girl were shot several documentaries and written a documentary novel. On the wall of a kindergarten where she was raised, there is a memorial plaque and a museum. In Poltava, children’s art gallery named after Sasha, supports talented children, organizes international children’s drawing competitions.

Sasha was buried in a sari she wore on her last New Year’s day in 1989. In the coffin was also put a portrait of her favorite Indian actor Mithun Chakraborty. Much later the Indian Ambassador to Ukraine learned about the unique girl who loved his country so passionately, asked Sasha’s father what her family name Putrya means. “Putrya – a ancient national food of the Ukrainian people,” – replied he. “And the Hindi word “Putri” means “daughter” – ambassador surprised him.

Works of young artist Sasha Putrya known in more than 50 countries. In India she was posthumously awarded with the National Award of Child association Nehru Bal summit.

Once Sasha asked her father whether he sees gold snakes in the air. Previously, he was not paying attention to the golden point, which on a sunny day really appears before his eyes. “These are “tremors”- explained Sasha to her father and gave an amazing theory. From these golden snakes consist of all living creatures – insects, microbes, animals, fish, trees and grasses. When the creature dies, they leave him and fly free. That’s when we see them. They are very smart and know that people do not know, and the halo of a saint – is also “tremors”. 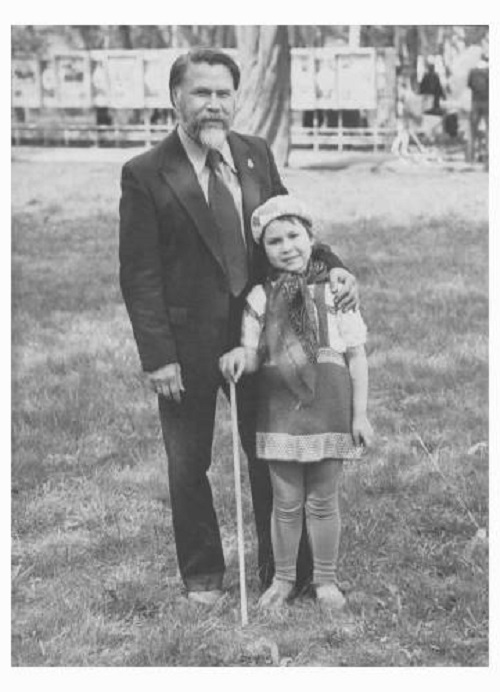 Alexandra Putrya with her father 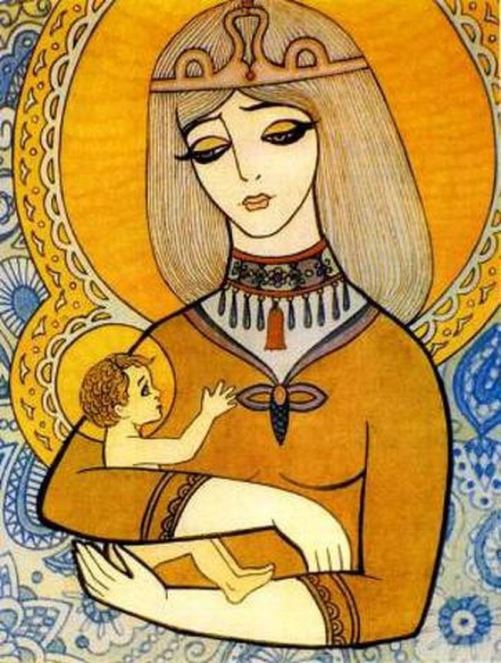 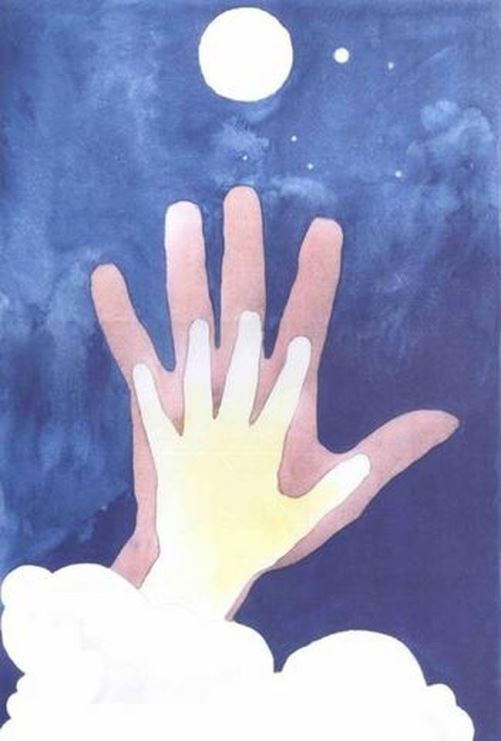 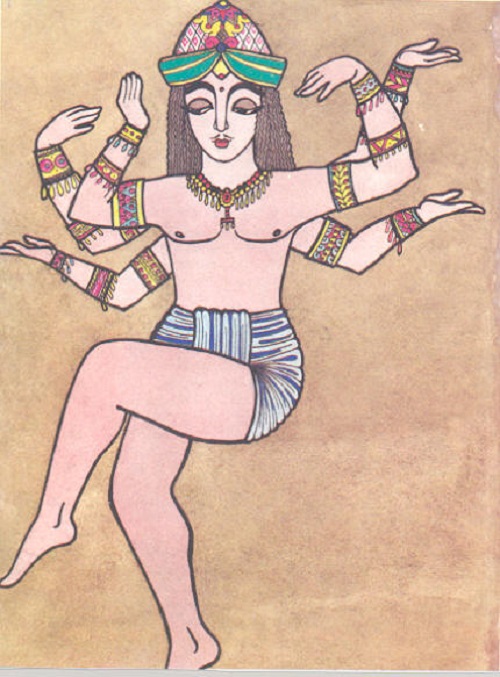 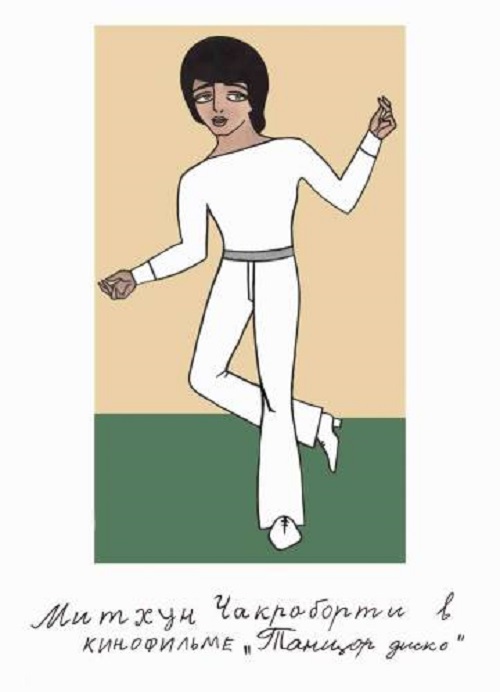 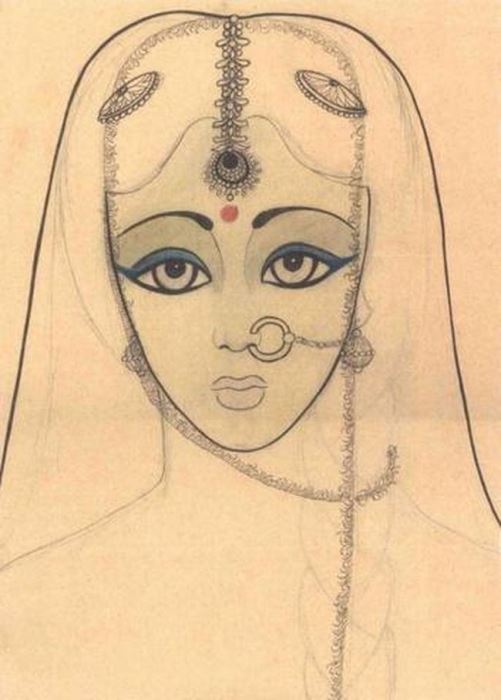 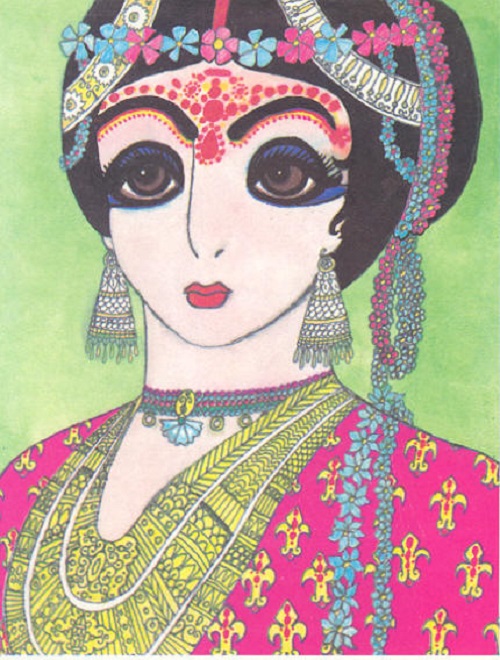 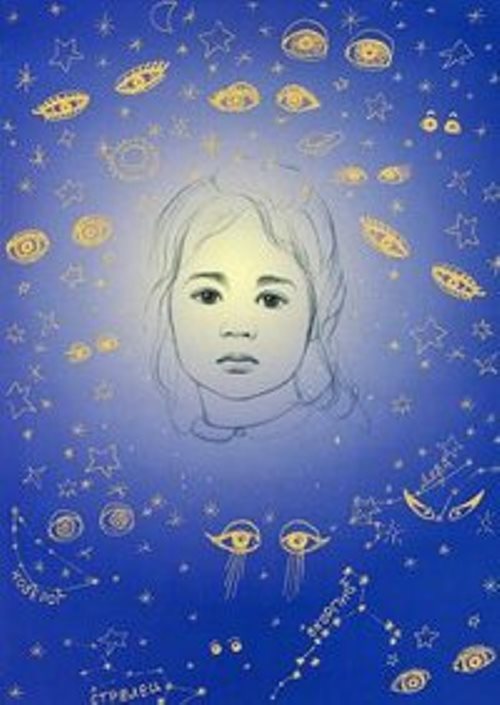 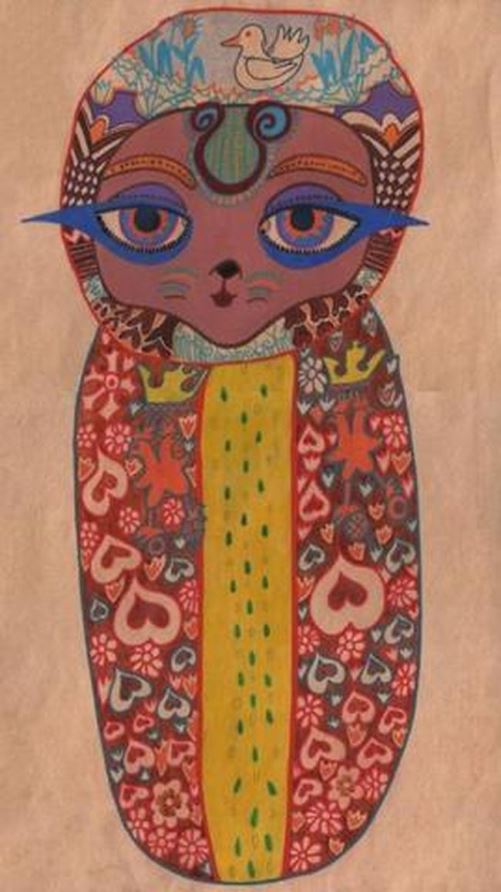 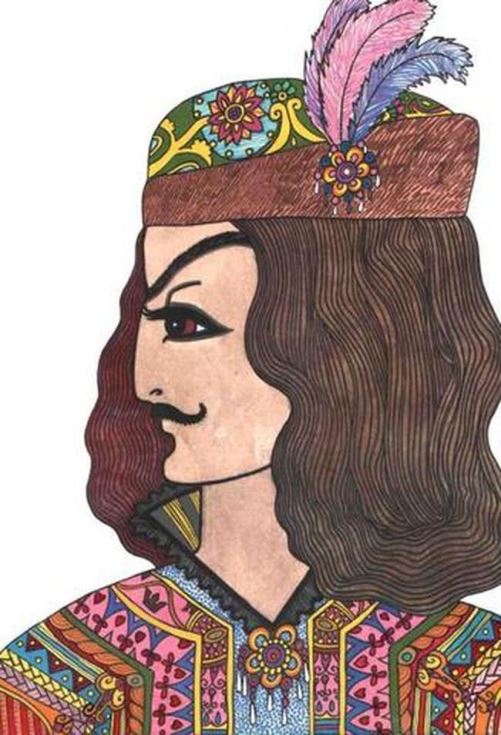 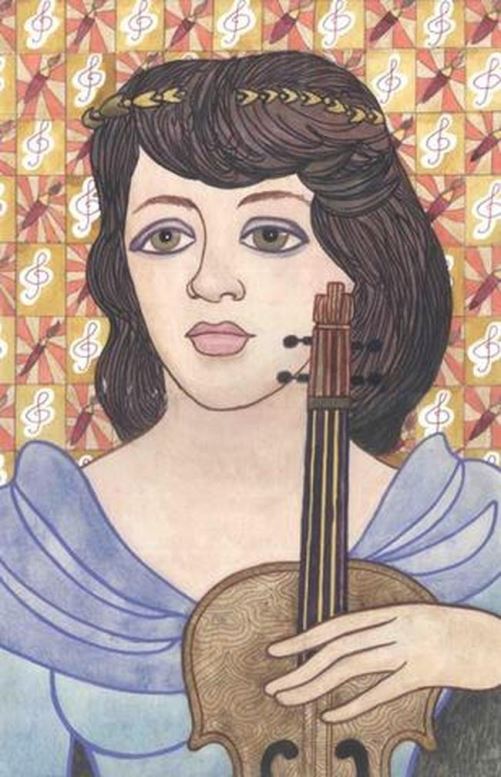 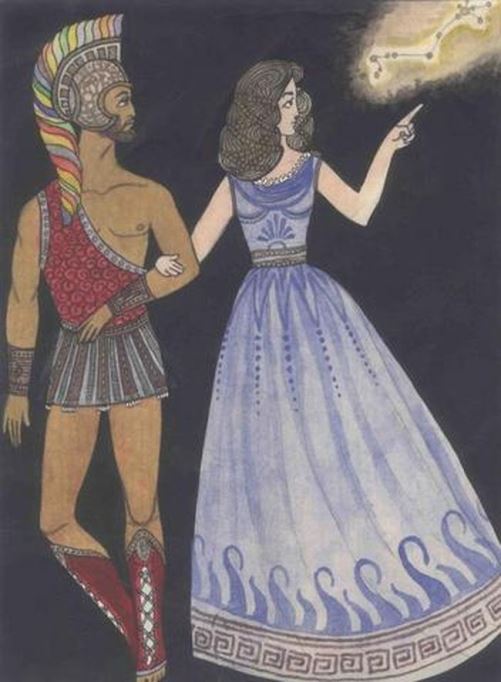 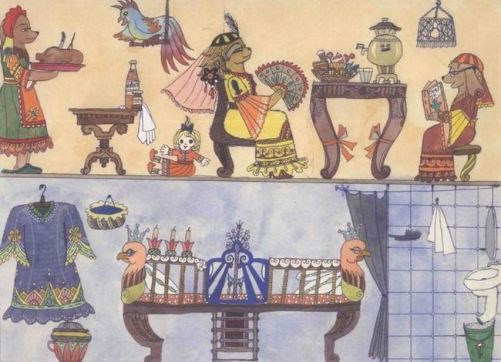 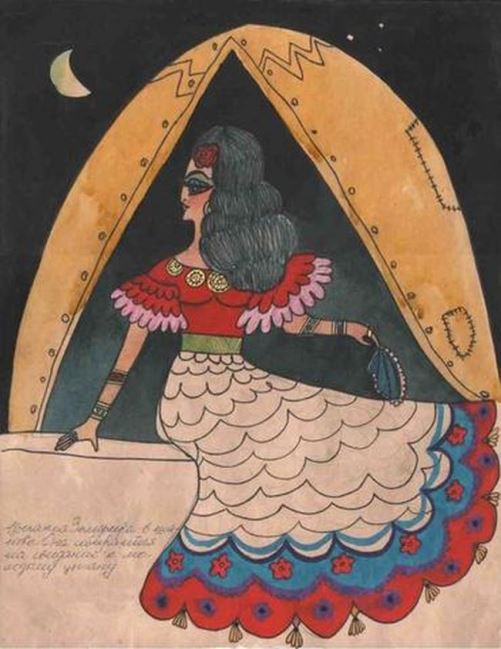 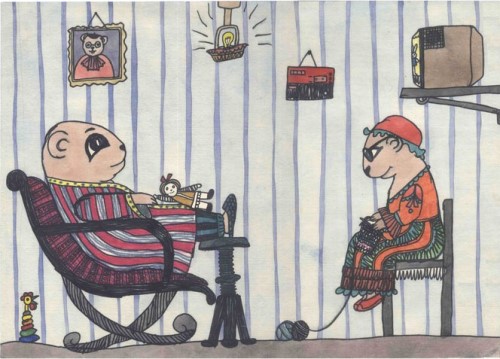 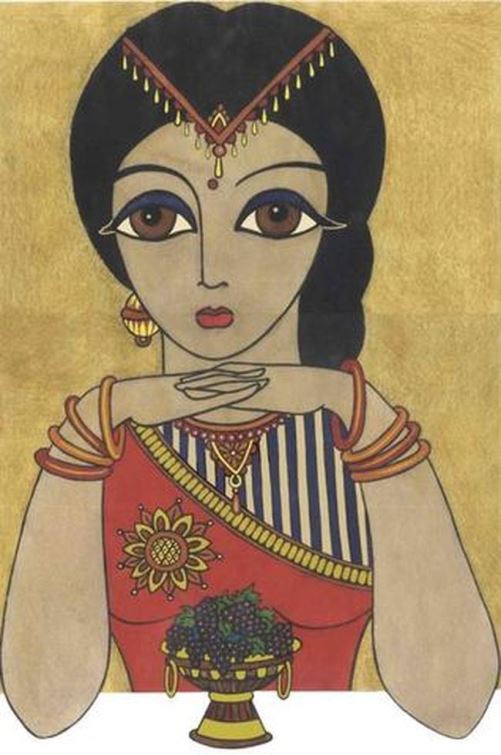