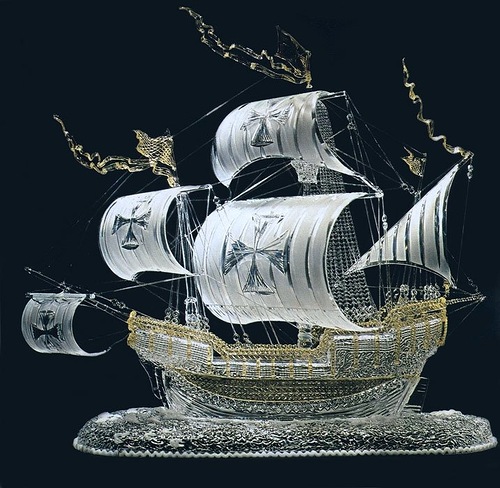 Glass Art by Alexei Zelya
Born in 1944 in Moscow, Alexei Zelya is a talented self-taught artist. According to the artist, he created his first glass-statuette at the age of 27. And this work became the opener for the whole animal statuette series in future. Meanwhile, his glass figurines of animals, which he made in the 1970s, reflects master’s love to the nature. And during the 1980s Zelya made lots of transparent sparkling compositions. In particular, “Flowering stump”, “Russian field”, “Indian summer” and “Dog-rose”. They all show the beauty of Russian nature, saturated with many details and biologically accurate. According to art critics, Alexei Zelya is a man of phenomenal visual memory and skilled craftsman with an inquisitive mind of a scientist. Besides, he constantly improves his skills, trying something new. However, he remains true to his favorite material – quartz glass, with which he has been working during last 40 years.
Glass by Alexei Zelya 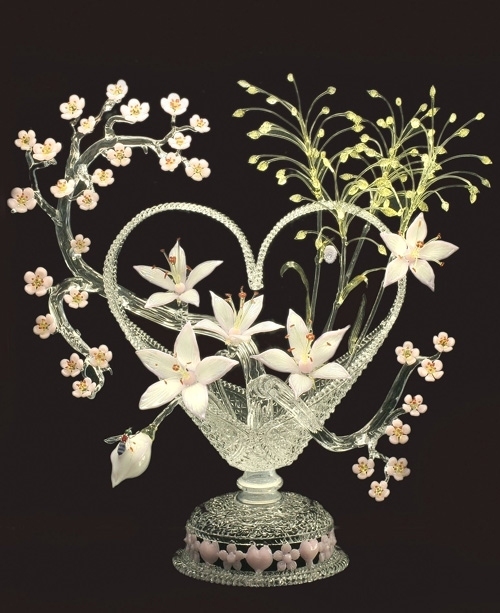 According to the talented blower, glass is beautiful. It is beautiful work and a beautiful piece of art. A fabulous material that refracts light in which everything plays and sparkles. 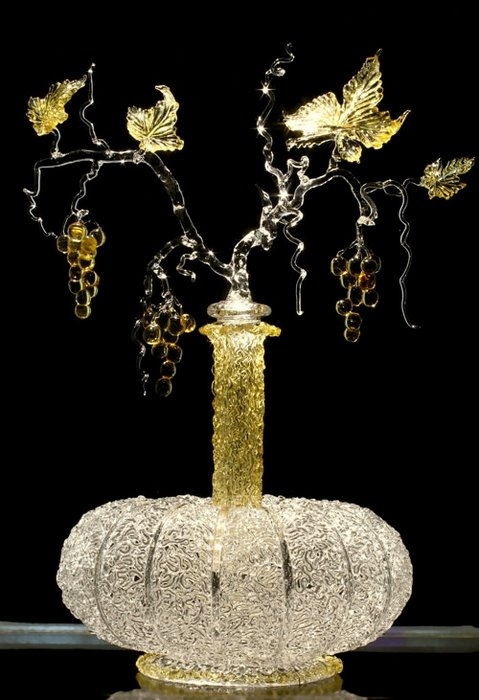 His works were exhibited at the Hermitage and the Tretyakov Gallery. In addition, Australia and Germany, the USA and Japan constantly invited Alexis Zelya to come to work. However, the artist refused, because of possible damage of his fragile sculptures.

Master works with non-traditional for the Russian (and world) glass-quartz glass. Years of hard work allowed him to develop a wide range of ways to handle this material. Combination of artistic talent and virtuoso in one person makes it possible to create works that have no analogues in the world. Recognized by experts of the highest level creations by Alexei Zelya allowed him to receive the title “People’s Artist of Russia” (1993). In particular, he he received this title for his contributions to arts and crafts and unusual skill, which he achieved on his own. 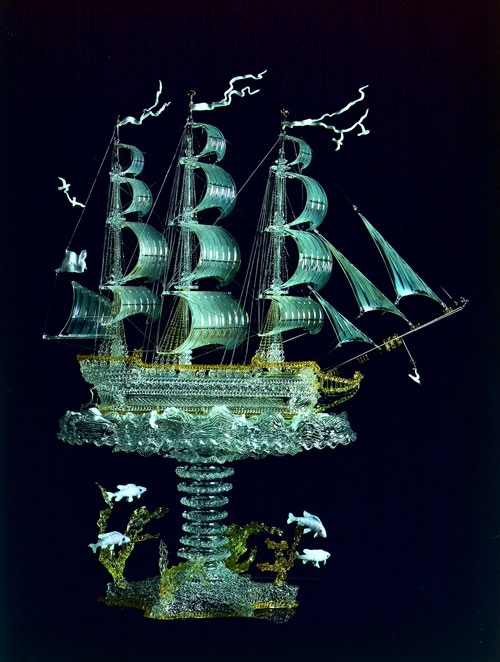 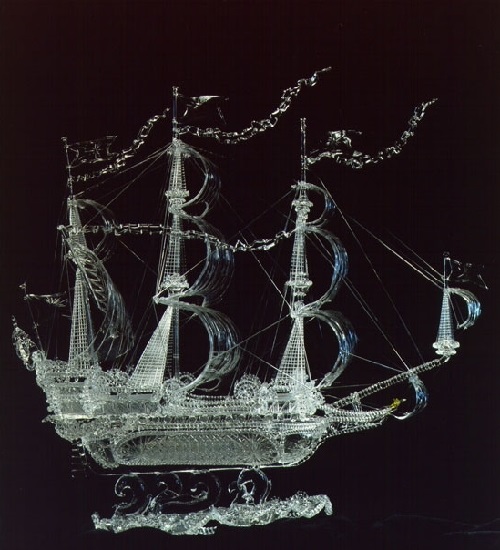 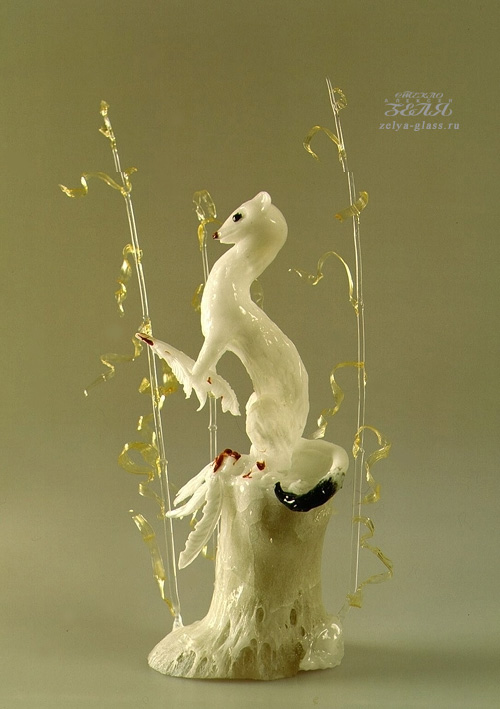 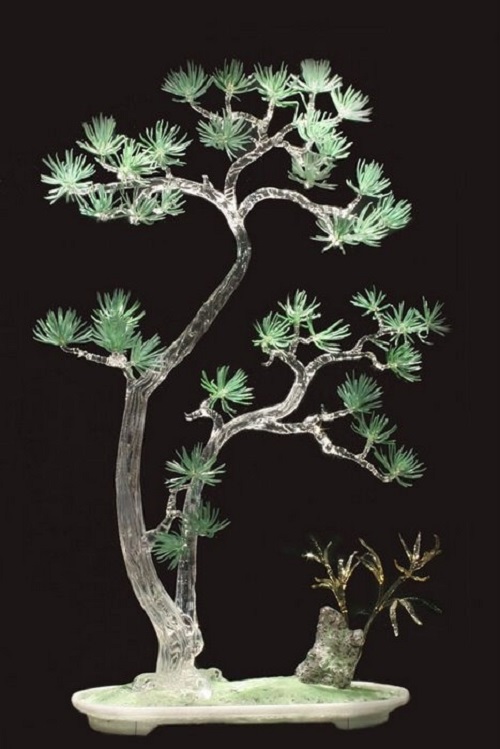 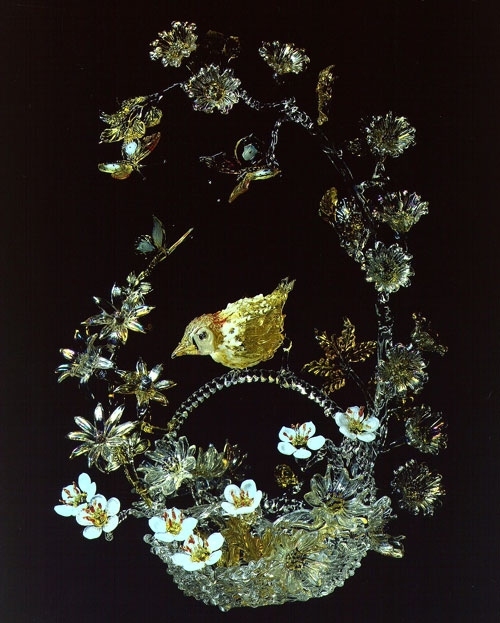 A basket with a little bird 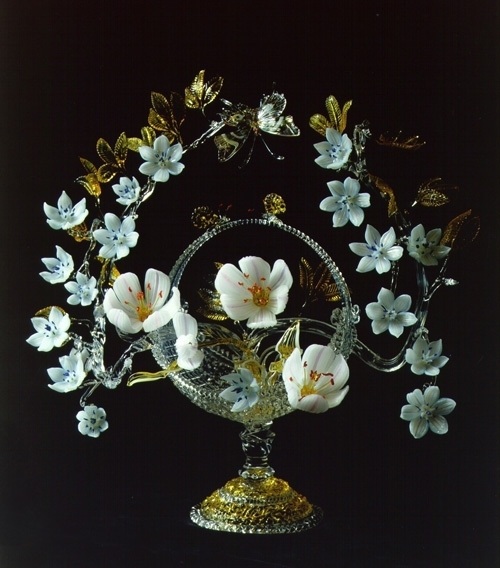 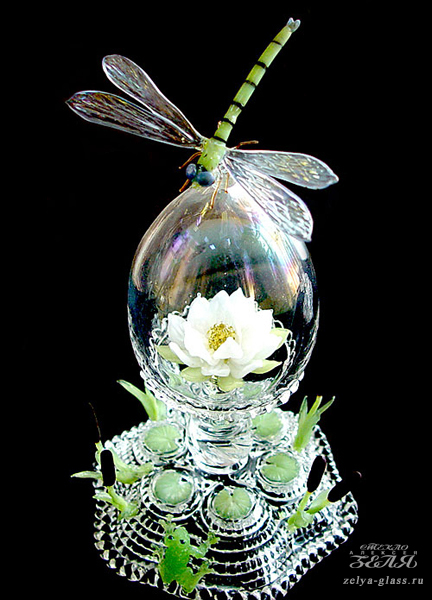 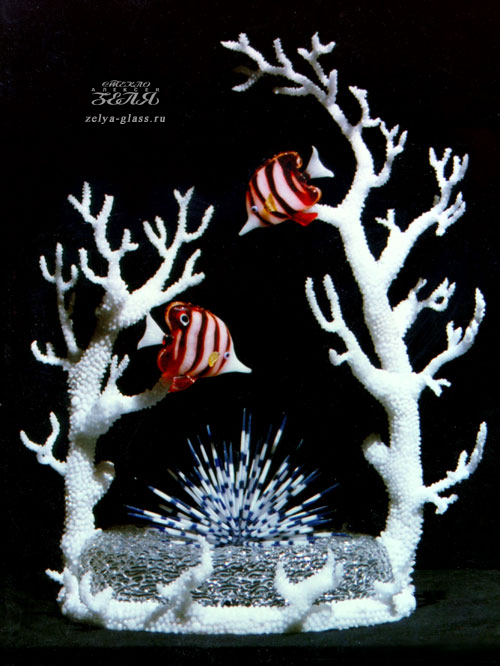 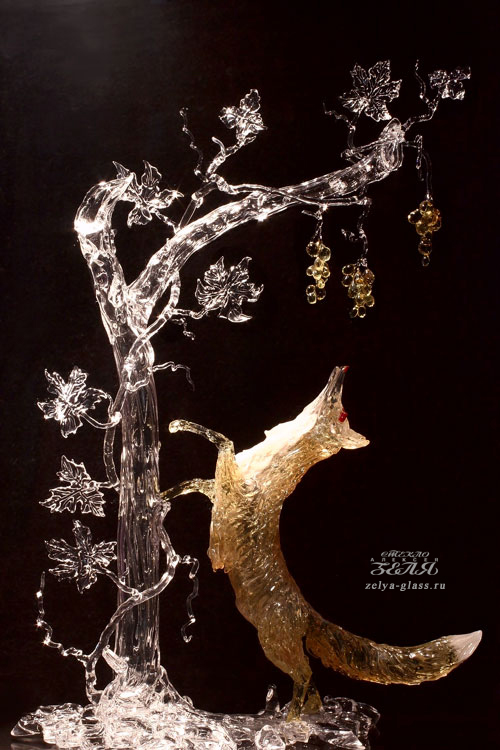 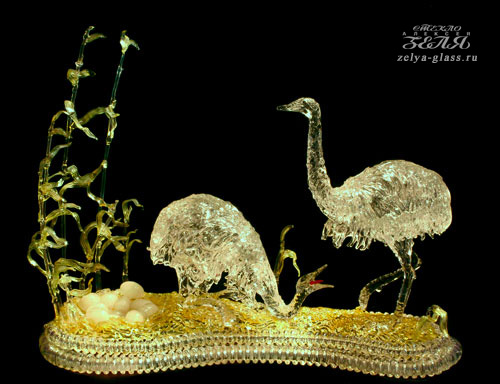 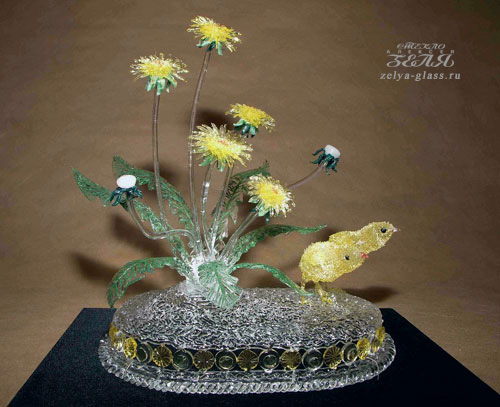 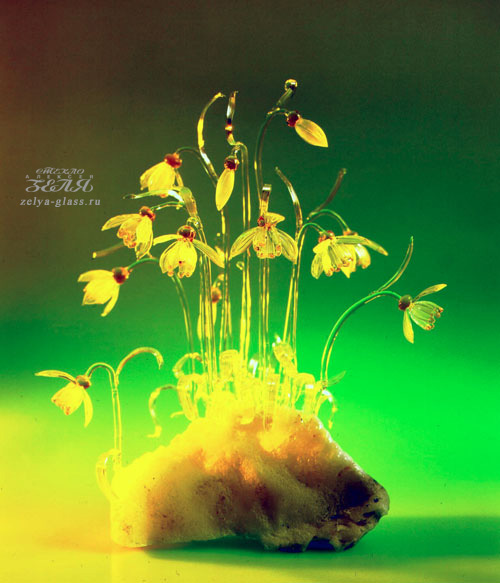