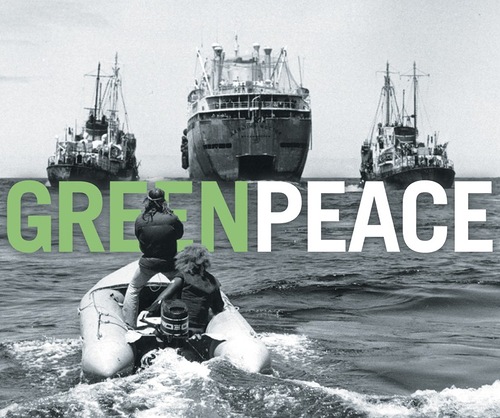 Group of Ecologists, Journalists, and Visionaries that Changed the World. Greenpeace is 40

Greenpeace is 40
Formed from the peace movement and anti-nuclear protests Greenpeace appeared in Vancouver (British Columbia) in the late 1960s and early 1970s. Besides, September 15, 1971 the newly created Committee «Don’t Make a Wave» sent a chartered ship «Phyllis Cormac» route from Vancouver to Amchitka (Alaska). And later the ship renamed «Greenpeace», protested against nuclear tests in earthquake-prone areas. In particular, protests of environmentalists forced the U.S. government to stop testing at Amchitka area and by the end of 1971 the island became a bird sanctuary. 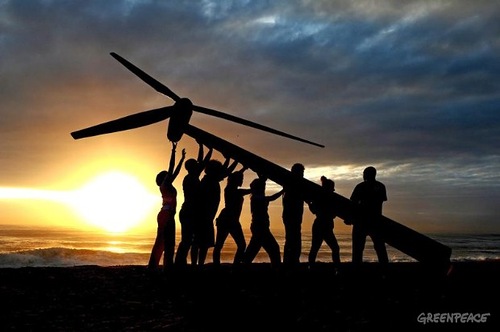 Raising a Wind Turbine in Durban

Tcktcktck and Greenpeace volunteers raise a wind turbine on the beach at dawn in Durban, South Africa. Campaigners say Durban must be a new dawn for the international negotiations to agree a fair. Ambitious and legally binding treaty to avert climate chaos. They are demanding that politicians stop listening to the polluting corporations and listen to the people who want an end to our dependence on fossil fuels. Africa is on the front line of dangerous climate change, with millions already suffering the impacts through increased drought and extreme weather events, threatening lives and food security. 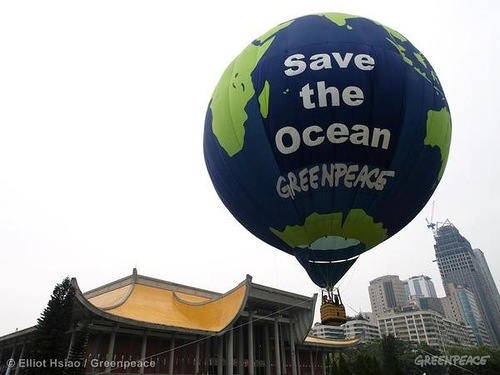 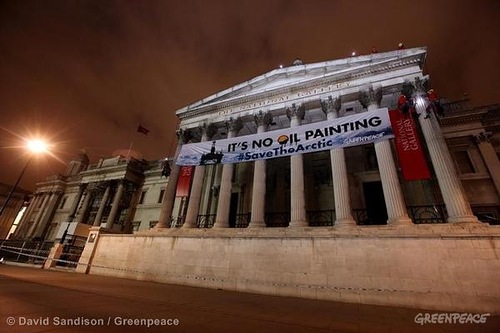 Campaigners climb the National Gallery in Trafalgar Square and hang a large banner from the front of the building. Shell are holding a prestigious event at the gallery with many influential and important people attending. Greenpeace is making sure these people know about Shell’s plans to drill for oil in the Arctic. 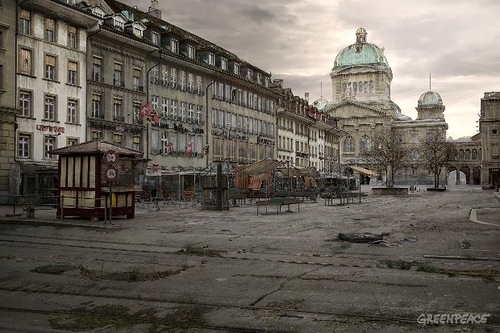 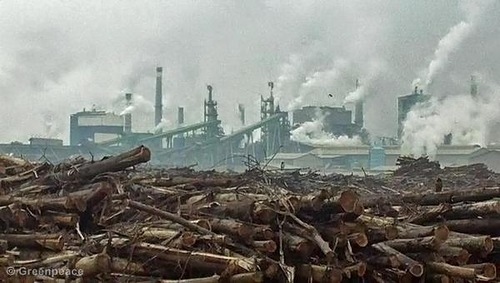 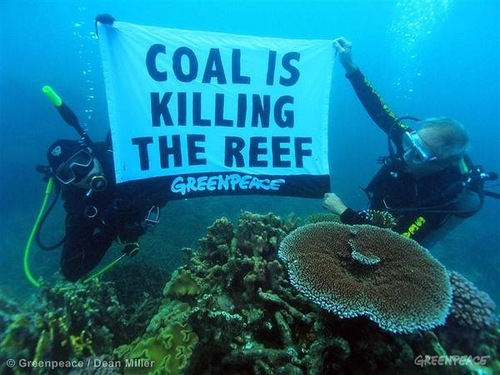 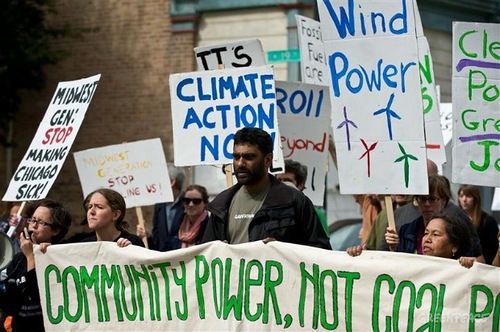 Kumi Naidoo, Executive Director of Greenpeace International, helps hold a banner at the front of a march with community activists near the Fisk Coal Power Station in a Moving Planet global day of action 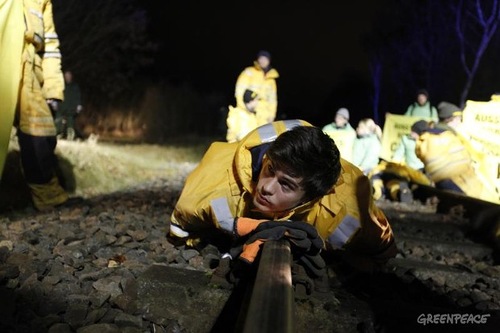 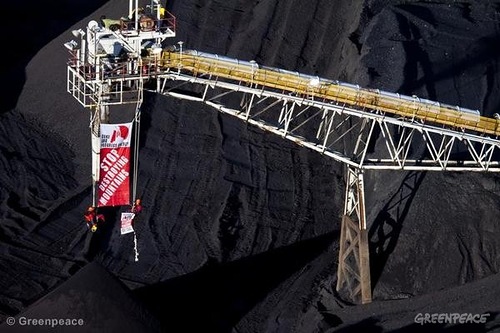 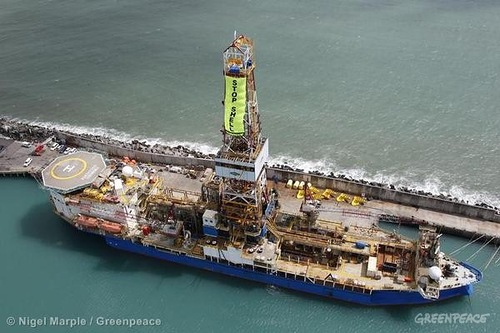 Actor Lucy Lawless joins Greenpeace New Zealand activists in stopping a Shell-contracted drill-ship from departing the port of Taranaki for the remote Arctic, where its exploratory oil drilling program threatens to devastate the Alaskan coastline 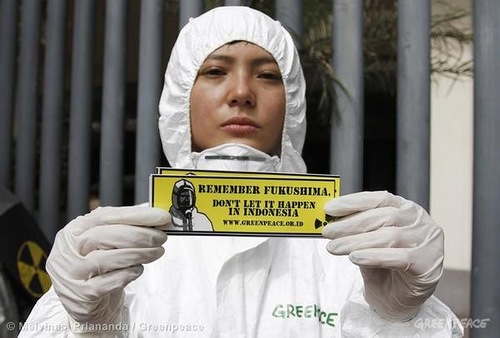 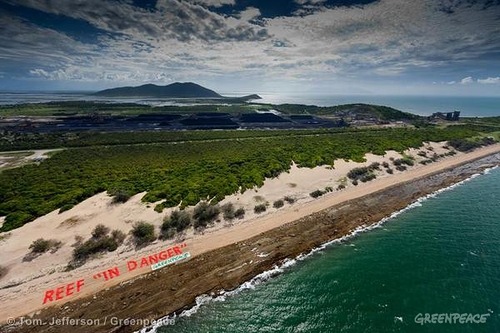 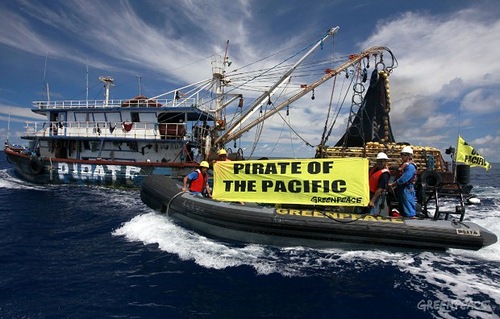