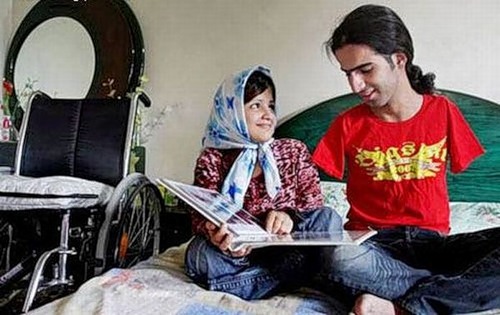 Married couple with disabilities Ahmed and Fatima
Undoubtedly, Happiness means appreciating what you have. And a married couple Ahmed and Fatima just prove this.
According to them, they tend to forget that happiness doesn’t come as a result of getting something they don’t have. “It is more important to recognize and appreciate what we do have.” 27-year-old Ahmed and 26-year-old Fatima both have disability. In particular, Ahmed has disability of both hands and Fatima has disability of both legs. But they are still happy. Meanwhile, the husband does all work about the house with his feet and his wife – with her hands. Fortunately, they love each other and they love life. 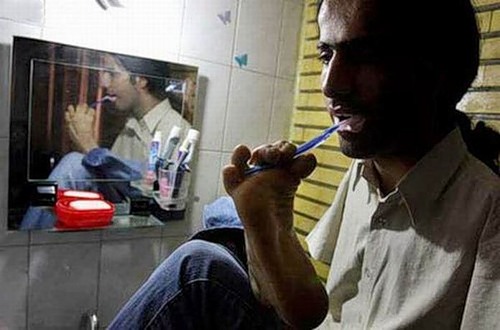 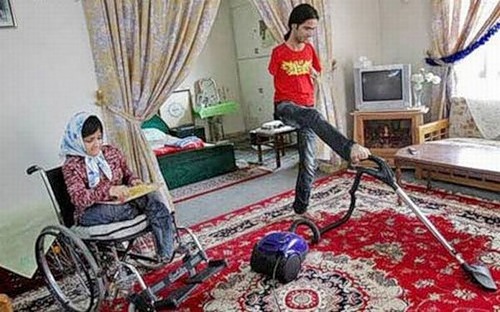 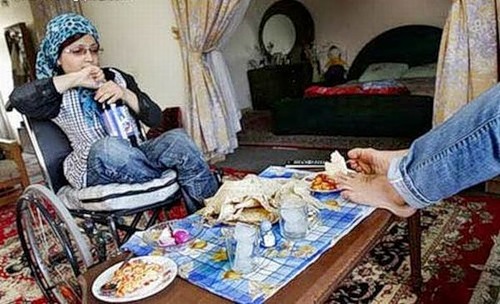 Ahmed and Fatima having lunch 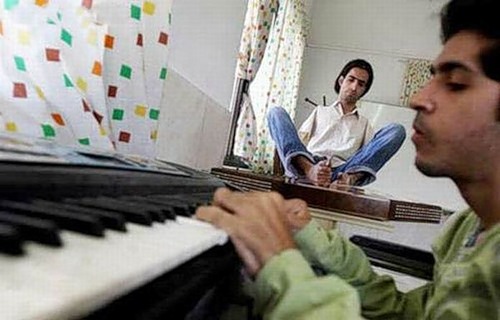 Talented Ahmed and his friend practicing a piece of music 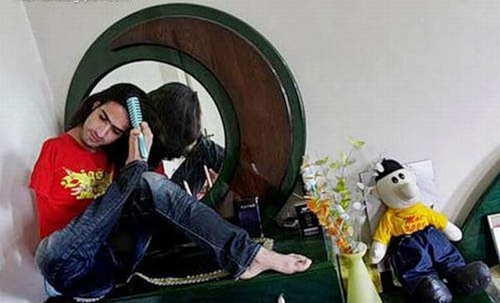 Combing his hair with his foot 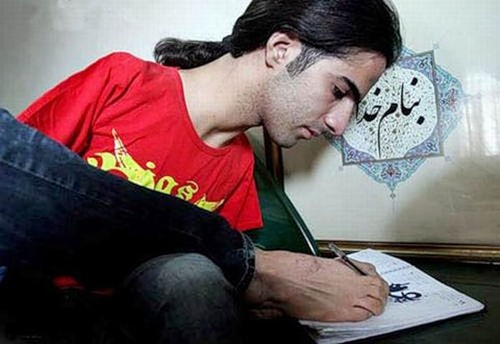 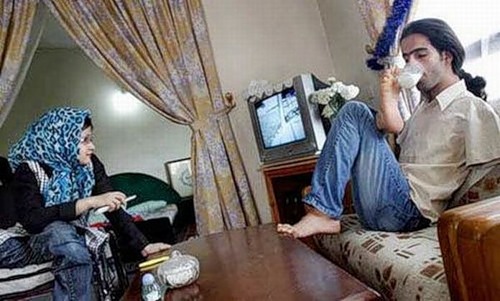 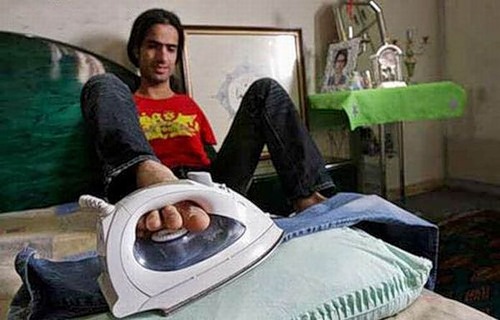 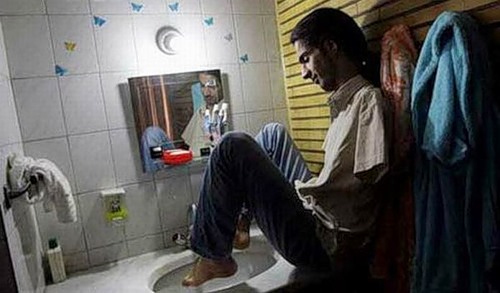 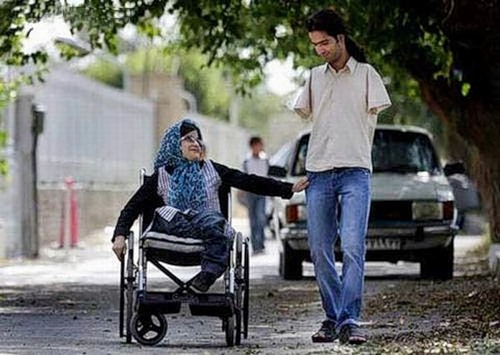 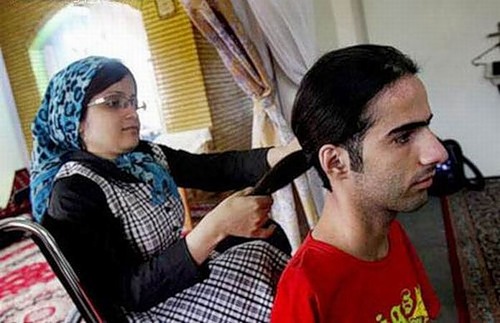 Wife Fatima is helping Ahmed to tie his hair 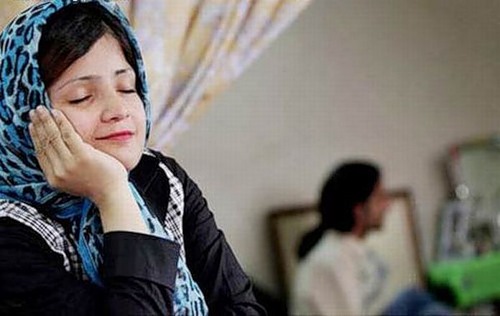 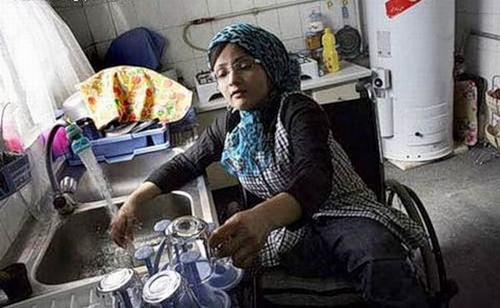 Housewife Fatima is washing dishes in the kitchen 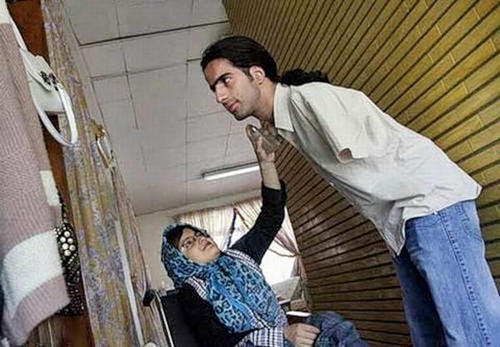 Spraying perfume on Ahmad’s clothes before going out 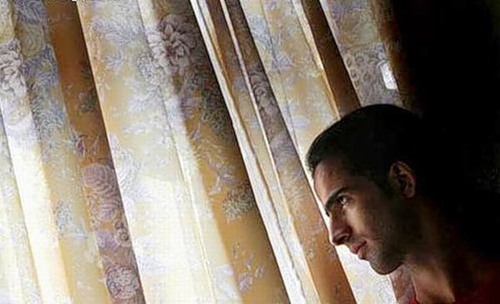 The young and passionate Ahmed sometimes speaks with God in solitude