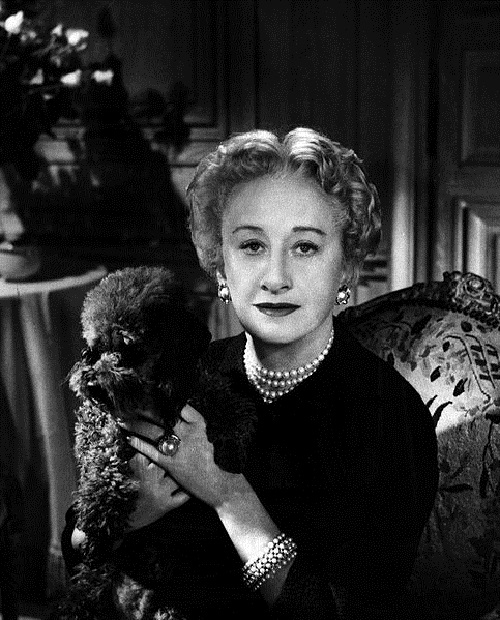 Successful American jewelry and fashion designer in the 1920s-1950s Hattie Carnegie was born Henrietta Kanengeiser on March 15, 1889 in Vienna, Austria (died 22 February 1956 in New York). Henrietta was born the second of seven children of Isaac Kanengeiser and his wife Helen Kranczer. In 1900 their family emigrated to the United States of America. The 16-year-old Henrietta worked as a secretary in the Macy’s Store, one of the famous New York department stores. It was her father, Jewish tailor, who had introduced her to the world of fashion. Elegant and beautiful Henrietta designed her own clothes and accessories. Henrietta adopted the name Hattie Carnegie after she had met the local dressmaker Rose Ruth Purchaser. In 1909 Hattie Carnegie and Rose Ruth opened their own fashion business on East 49th Street in New York. Nine years later she founded the Hattie Carnegie, Inc. 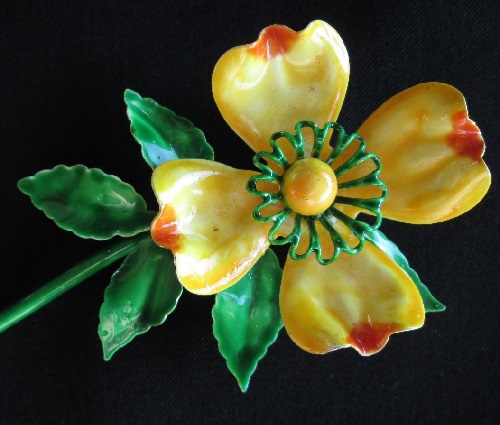 Hattie Carnegie’s elegant couture collection and secondary ready-to-wear lines were revolutionary in the sense that they introduced ready-to-wear to the high-end market. She pioneered the ‘head-to-hem’ boutique concept that paved the way for the future success of Ralph Lauren in America. Hattie Carnegie collection which included fashion jewelry, lingerie, hats and perfume in the range, was stylishly understated, yet elegant and luxurious – as she also corresponded to the American taste in fashion until the late 1920s. The made-to-order department was headed by Pauline Fairfax Potter for about a decade. 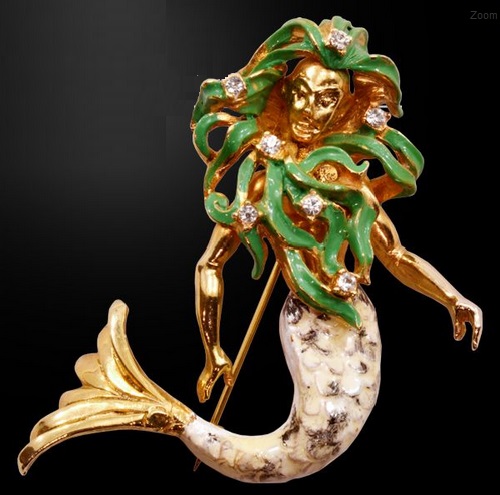 In 1925, Hattie Carnegie signed a contract with Isaac Magnin, who allowed her to open stores in Macy’s department stores. Hattie Carnegie designs came to Hollywood attention and appeared later in their productions. Famous designers such as Norman Norell, Pauline Trigère, James Galanos, Ward Bennett and Jean Louis learned the craft from her. Her clients included, among others, Joan Crawford, the Duchess of Windsor and Baroness de Rothschild. 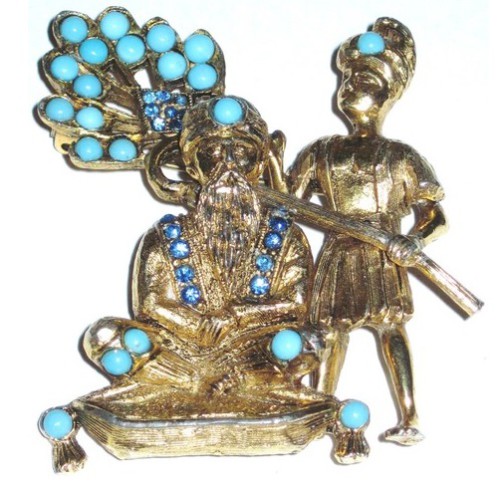 During the Korean War (1950-1953), Hattie Carnegie was commissioned by the U.S. Army to design new uniforms for female military corps. For this they received the highest civilian award from the Army (WAC) – the Congressional Medal of Freedom, as well as other charitable and patriotic contributions. The uniform was in use until 1968.

Hattie Carnegie married Zanft John (1883-1960) in 1928, but the marriage remained childless. When Carnegie died in 1956 in New York, Zanft John became the owner of an eight million businesses. 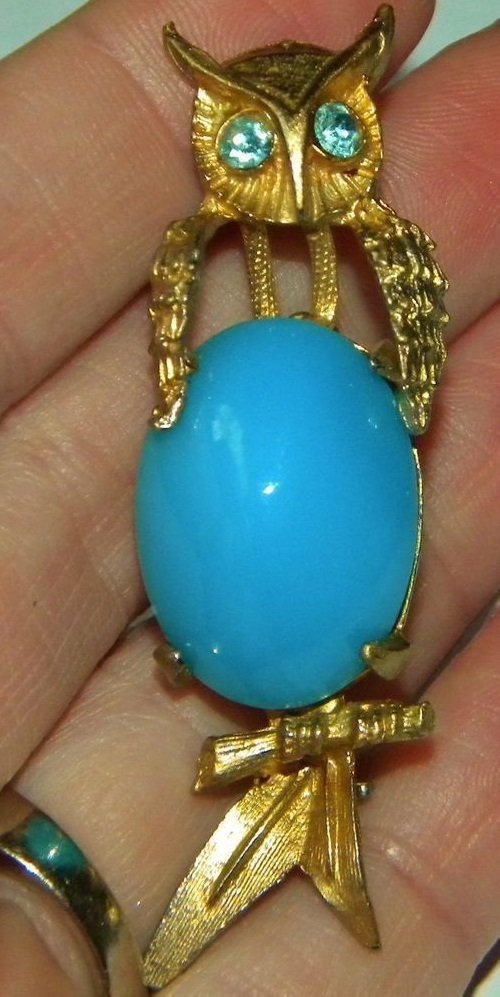 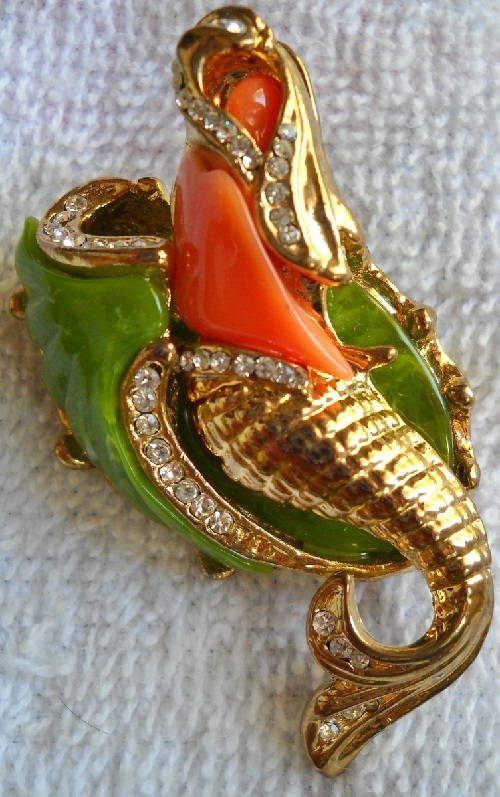 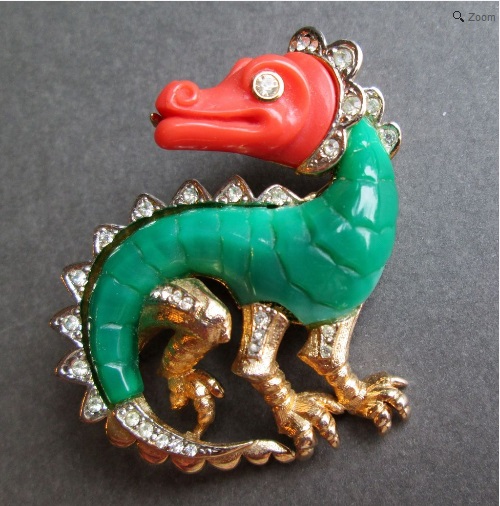 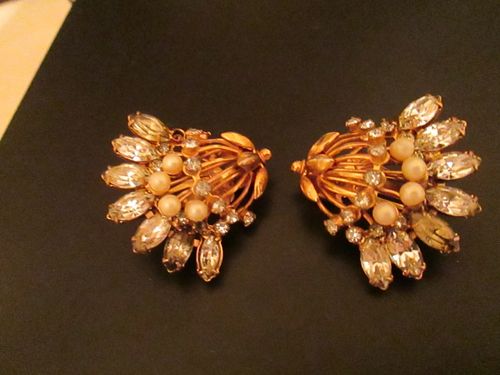 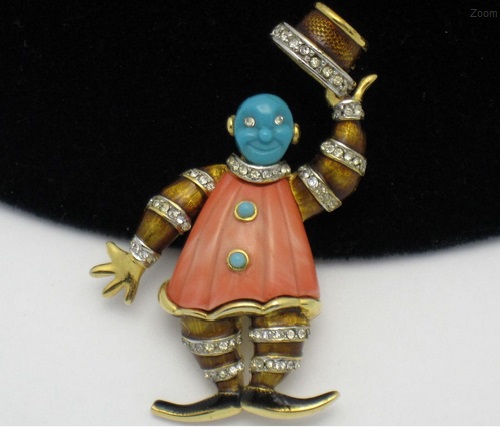 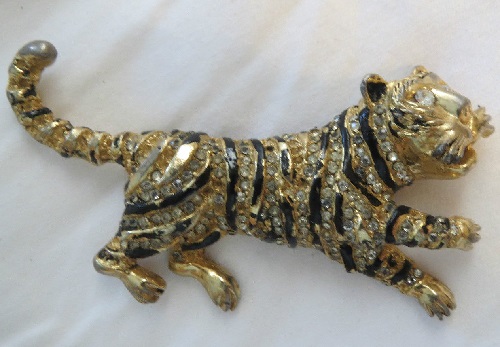 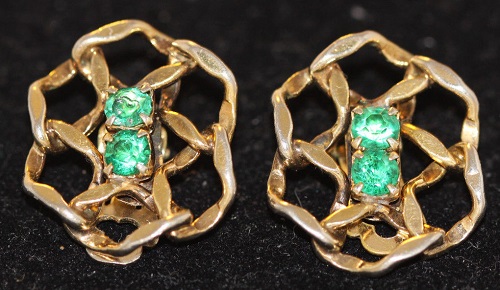 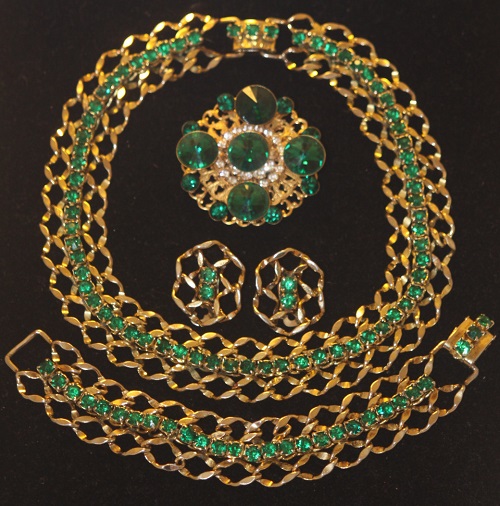 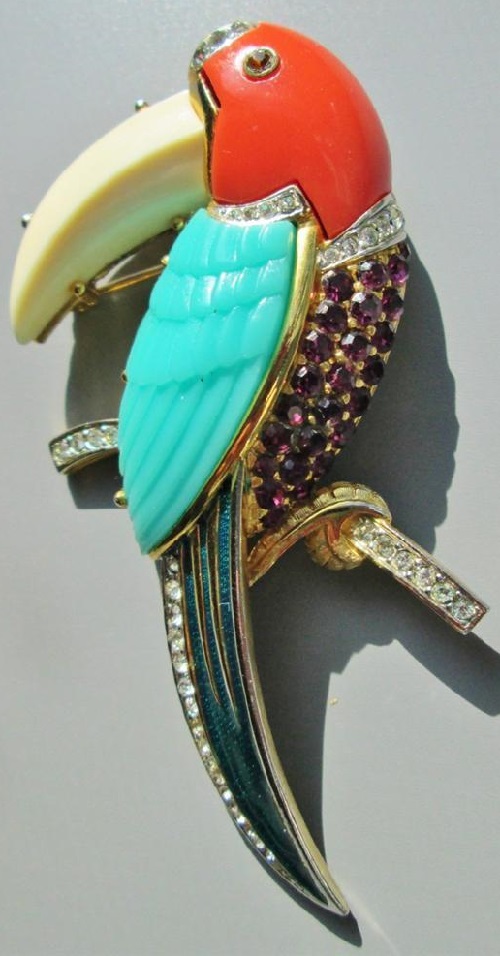 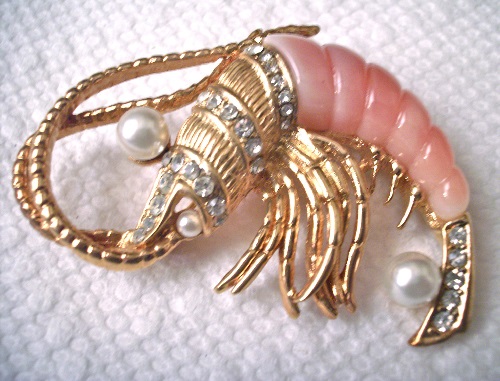 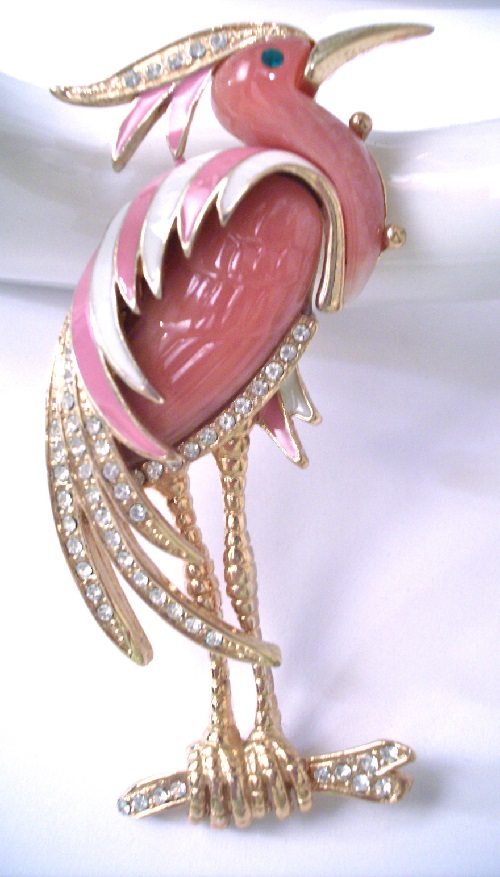 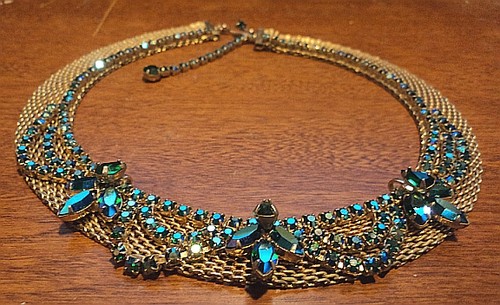 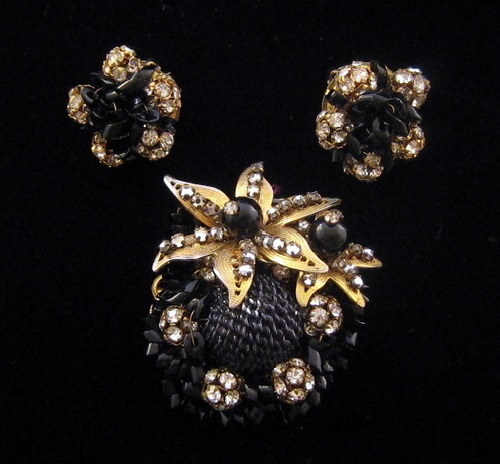 Bead and Filigree Pin and Earrings in black 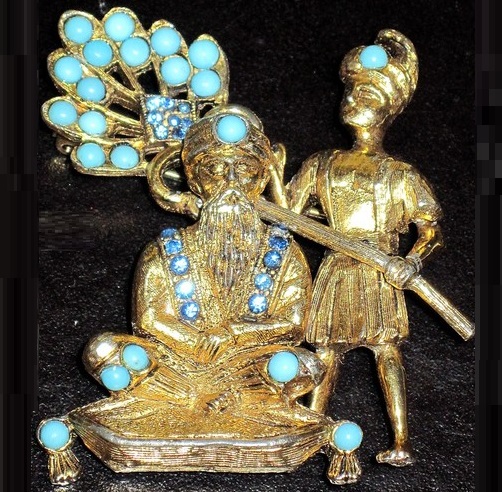 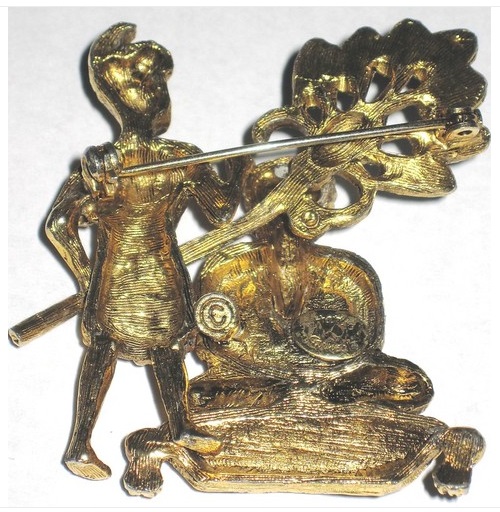 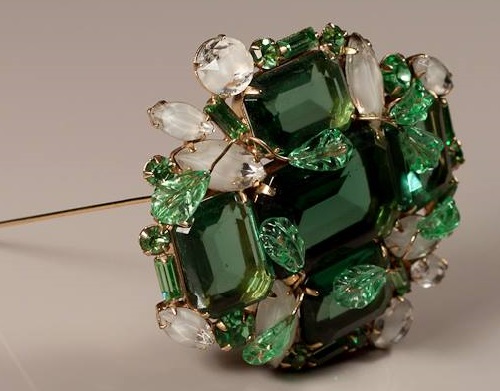 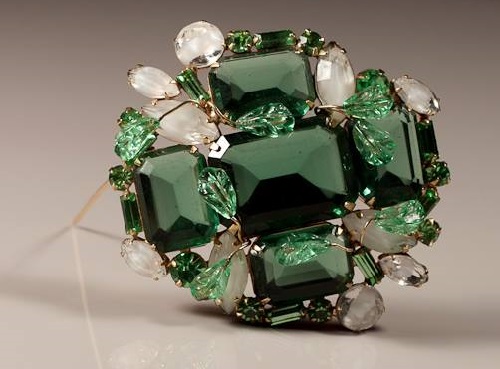 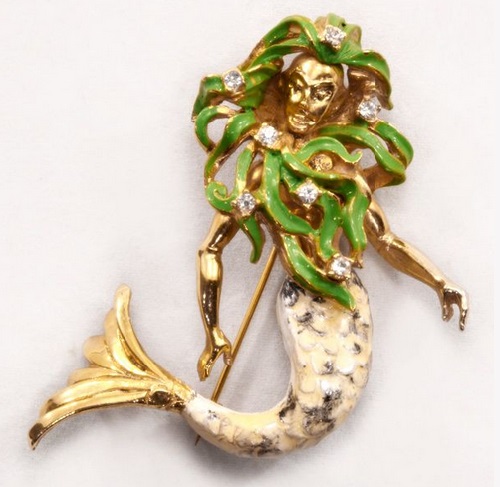 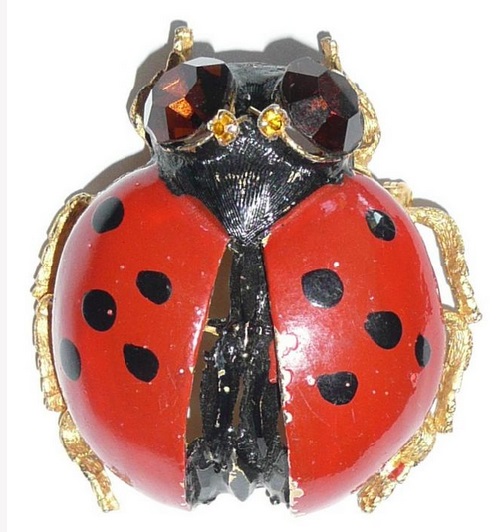 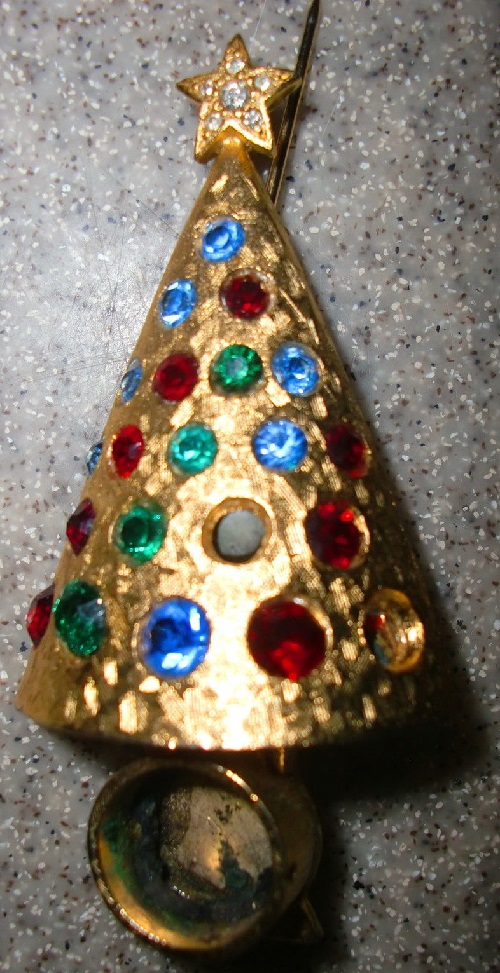 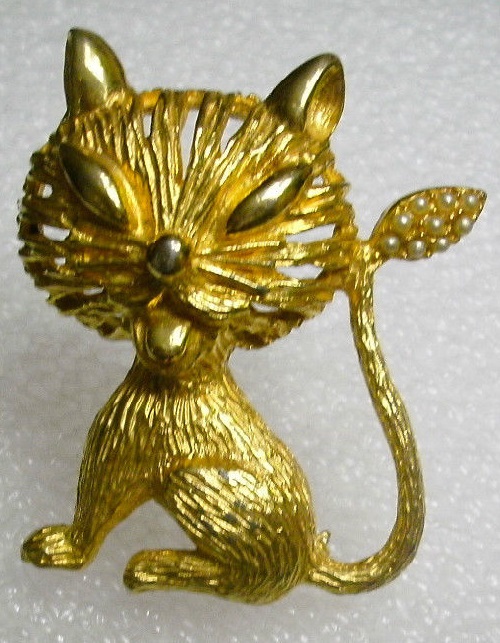 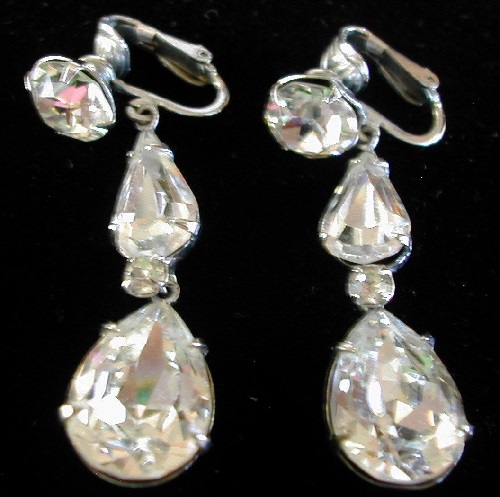 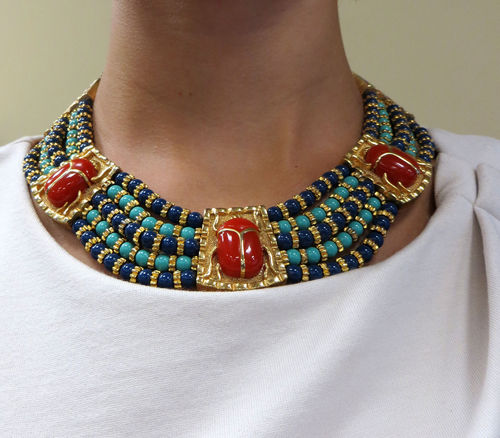 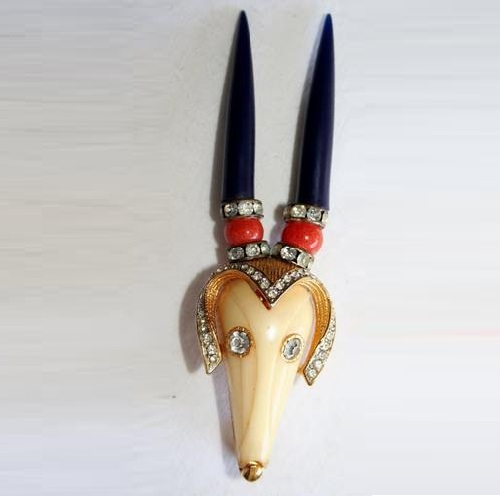 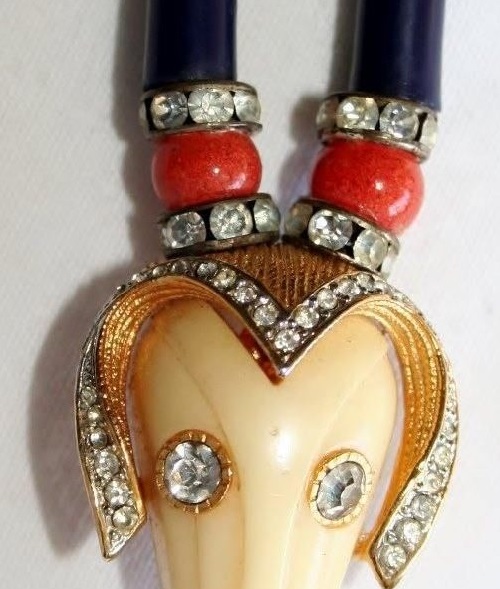