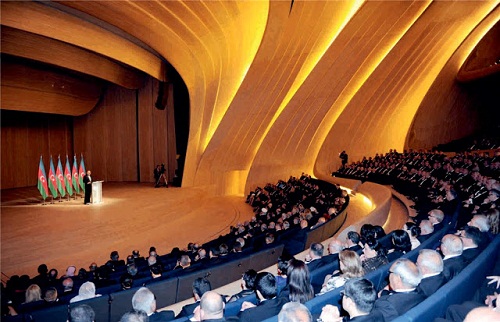 Built on Heydar Aliyev avenue in Baku, Azerbaijan Cultural Center decorates the capital of Azerbaijan. The complex construction includes the auditorium (Congress Centre), a museum, gallery halls, and administrative offices. The project designed in 2007 by architect Zaha Hadid. On May 10, 2012 the ceremony of Center grand opening took place, to mark the 89th anniversary of Heydar Aliyev. One of the masterpieces of world architecture, Heydar Aliyev Center is the symbol of modern Baku, bribing its unique and innovative architectural solutions. 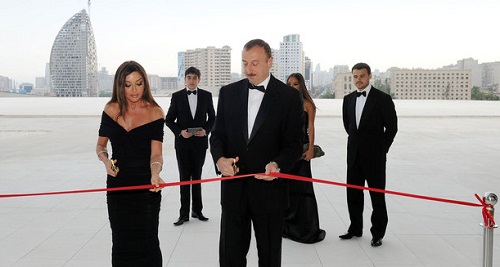 The building area of the center is 57.519 m ². The project of the building of the cultural center used no straight lines. The building shape is undulating and tall and smoothly merges with the earth. Such a structure represents not only a post-modern style of architecture, but also the length and infinity. Same line on the building symbolizes the connection of the past with the future. 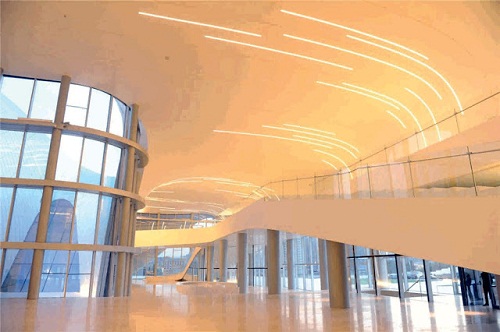 During the construction of the building, the network of iron structures has reached a total length of 90 km. According to sources, the builders used 12027 special panels of different sizes and various geometric shapes. In particular, triangles, rectangles, trapezoids, and parallelograms. 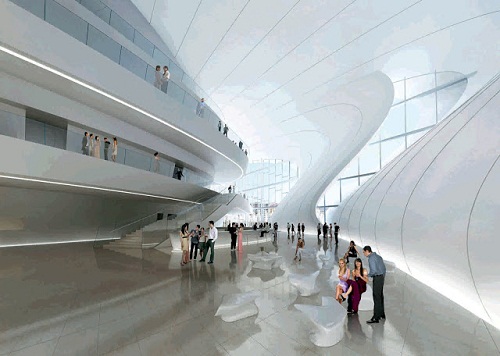 In addition, the center includes underground parking with total area of 13.58 hectares. Besides, the complex includes two ornamental ponds and an artificial lake. 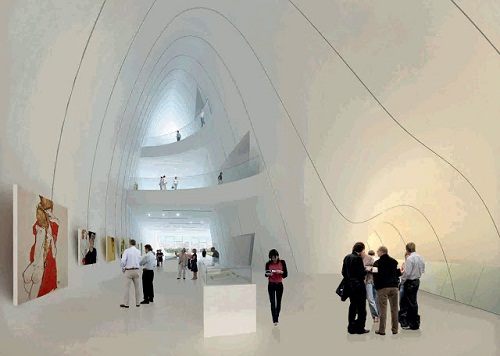 Thus, the exhibition includes examples of Gobustan rock art found during archeological excavations in Azerbaijan. Also, coins, jewelry, pottery and copper artifacts of the Middle Ages. Besides, there exposed ancient copies of the Koran, the Bible and the Torah. Among the exhibits there are also examples of folk costumes from various regions of Azerbaijan and Azerbaijani carpets of various types. In addition, there are ancient Azerbaijani musical instruments, and visitors can also hear the sound of each instrument.

June 21, 2013 the Center held an exhibition of works by American artist Andy Warhol titled ‘Life, Death and Beauty’ curated by Gianni Mercurio, just on the 85th anniversary of the artist. The exhibition held in Azerbaijan for the first time, consisted of more than a hundred of his works, including short films of Warhol. Also, photos of the author, and portraits of world stars of cinema, music, and fashion. Among other world-famous works – “Flowers”, “Camouflage”, “The Last Supper”, “Praying hands of men”, “Electric Chair” and others. Baku residents and guests were free to visit the exhibition which lasted til September 9, 2013. 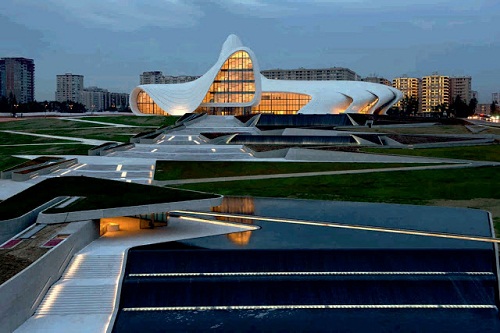 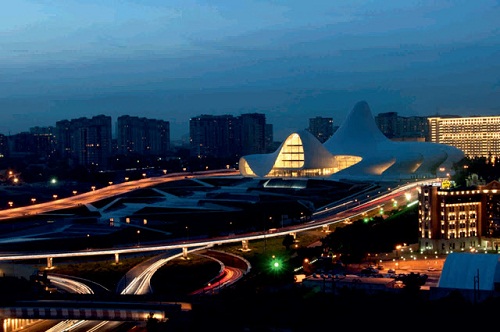 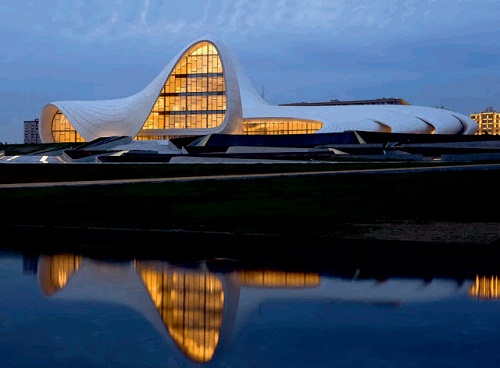 The building symbolizes the connection of the past with the future 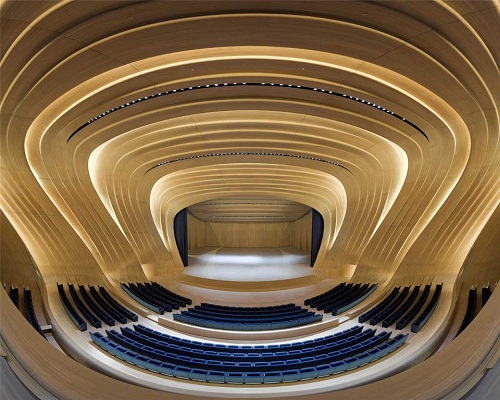 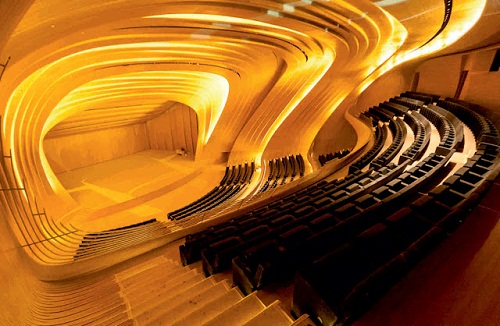