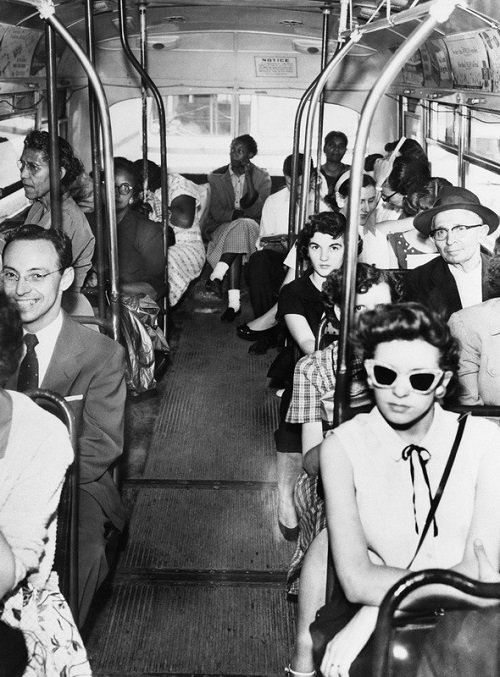 History in photography Black and white
The Montgomery Bus Boycott was a political and social protest campaign that started in 1955 in Montgomery, Alabama, United States. It intended to oppose the city’s policy of racial segregation on its public transit system.
Meanwhile, many important figures in the civil rights movement participated in the boycott. In particular, Reverend Martin Luther King, Jr., Ralph Abernathy, and others. The campaign lasted from December 1, 1955 since Rosa Parks arrest.
In fact, Rosa Parks committed an unforgivable offense in her time. On December 1st, 1955, she refused to obey a bus driver, sitting down on the places that were reserved to white people. Accordingly, arrested for refusing to give up her seat to a white man. For over a year, black passengers walked and carpooled to work until the bus company neared bankruptcy and downtown stores complained about the loss of business. The result was getting her to sleep in a jail of a police station. However, there was a bigger consequence: her bold gesture was the origin of buses’ boycott of Montgomery, starting point of the fight for the civil right of black people in USA, in the 1960s. 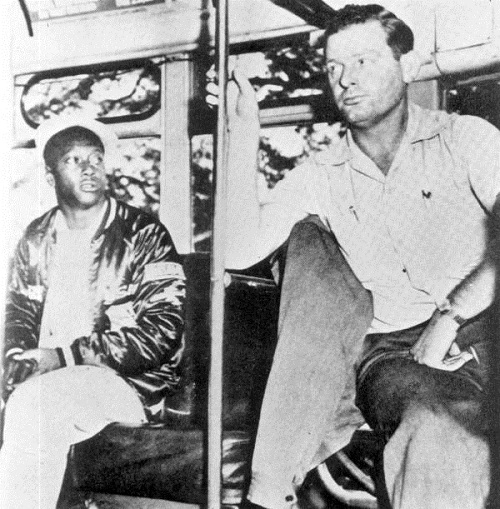 History in photography Black and white

Nevertheless, Parks wasn’t the only person to sleep behind the bars because of the civil rights. Martin Luther King was condemned to four months in prison 5 years later, on a pacific manifestation for the same cause. But he was set free by intervention of the future president John F. Kennedy.

Morris Thomas defying segregated bus seating – Tallahassee, Florida. Accompanying note: “Morris Thomas refused this Tallahassee bus driver’s request to move to the back of the bus. Thomas lived in Midway, but was home on leave from the Navy. He heard about a possible demonstration, did not know it had been called off and was probably the third black in Tallahassee to defy the convention.” 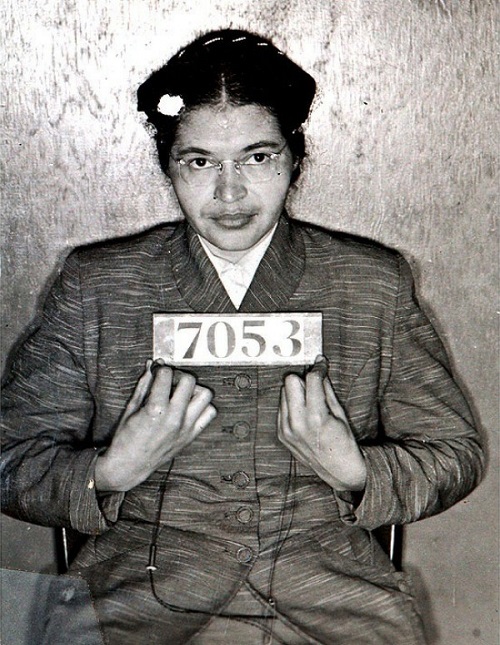 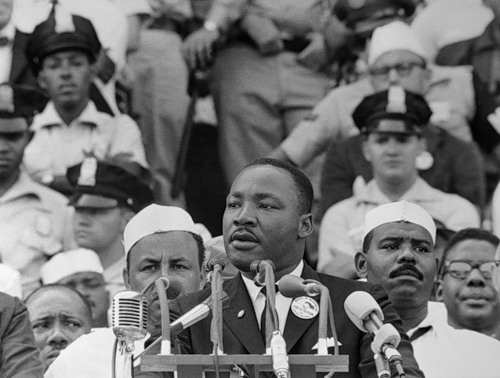 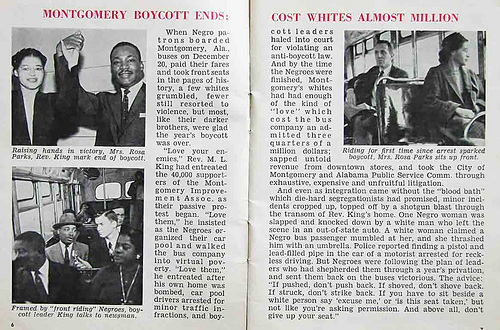 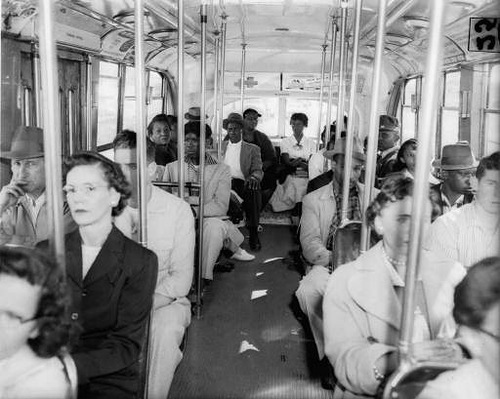 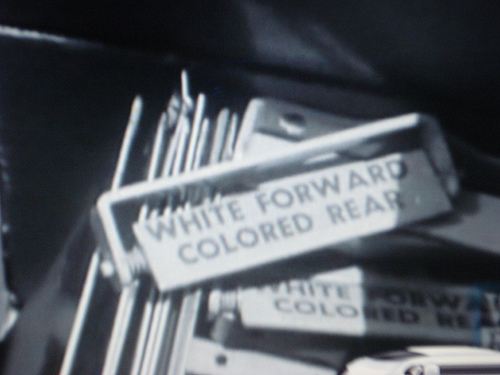 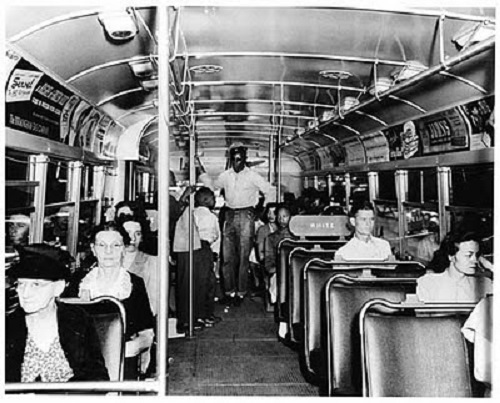 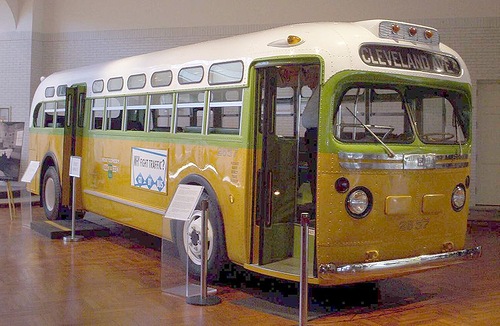 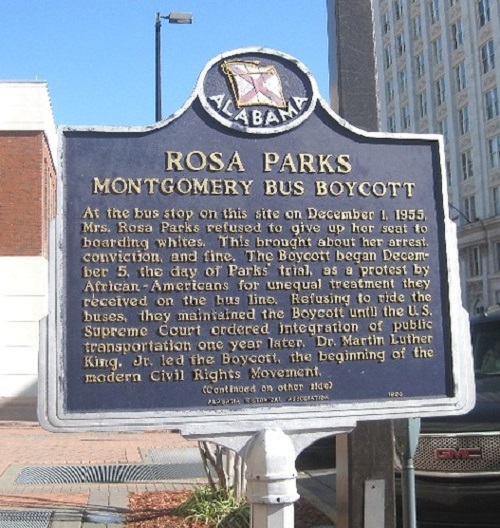