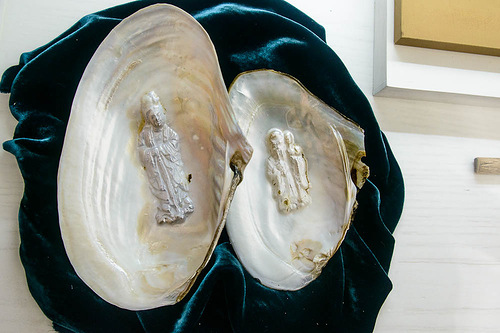 Buddhist holy mother of pearl shells on the walls. How pearls are harvested in the Emirates

In fact, UAE residents, before they found oil on their territories, made a living by pearling in waters of the Persian and Oman gulfs. First inhabitants of the Arabian Peninsula just dived wild for pearls, to a depth of several meters and collected shellfish in baskets woven from palm leaves. Of course, it was a difficult and dangerous job. And to protect against jellyfish they used special linen suits, and gloves to protect hands and, in addition, put clips on the nose. However, their eyes and ears were open, that’s why, very often professional pearl divers lost sight and hearing of the sudden changes in pressure and a long contact with salt water. But their work was always well rewarded, as pearls in the world market was very expensive. 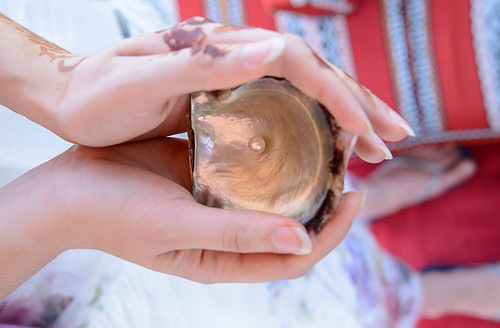 Precious pearl in a shell

It was before the turn of the 19th and 20th centuries, when the Japanese had patented the cultivation of pearls. Originated in salt water, pearls are still valued more than freshwater pearls, because they are more complex in the production or cultivation. Today saltwater pearls have a small share on the world pearl market: 95% of total production is fresh water.

Ras Al Khaimah – one of the seven emirates of the federation. It is the most northern, and so the temperature here a couple of degrees lower than that of its neighbors. In early September, the day temperature is around 37-40 degrees. The main influx of tourists to the Emirates begins in October. Then the temperature dropped to a more comfortable 30 degrees. Ras Al Khaimah as a core use pearl beads made ​​from the shells of freshwater shellfish raised in the Mississippi River.

Of course, after the mass cultivation of pearls equipment prices have dropped, and it became available, but still the cost of a single pearl can range from a few dollars to several hundred thousand. The price depends not only on the color, size, smoothness and shine, but the ability to choose equal in all these qualities pearls.

Meanwhile, the oldest large pearl in existence is La Peregrina, caught in the 16th century. Found of the coats of Panama, La Peregrina became the property of Queen Mary of Spain. However, in 1969 Richard Burton purchased it and made an exclusive gift to Elizabeth Taylor.

In the emirate of Ras Al Khaimah, cultivated on Japanese technology pearls are called “akoya,” and thanks to its brilliance – considered a benchmark of quality in the world market. 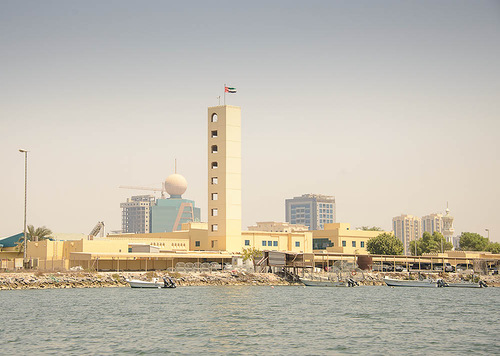 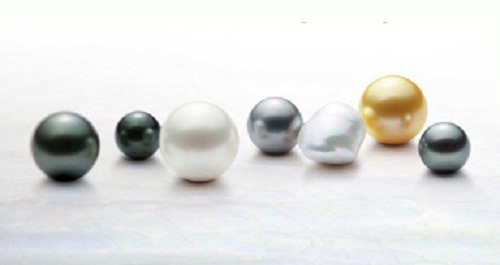 The price depends not only on the color, size, smoothness and shine, but the ability to choose equal in all these qualities pearls 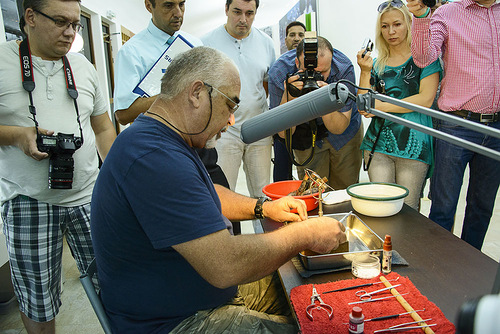 laying the foundation for future pearl in an oyster 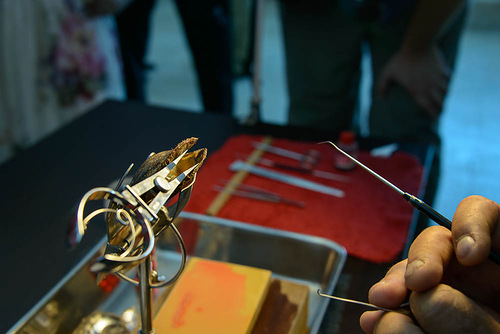 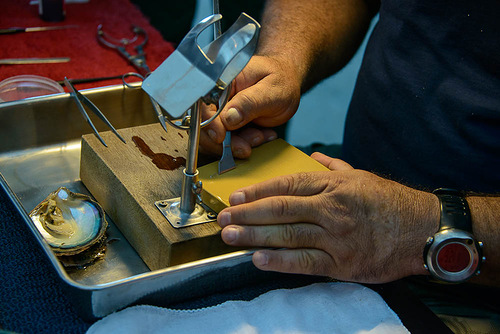 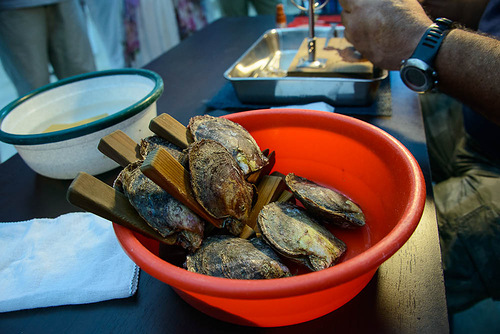 Harvesting pearls in the Emirates 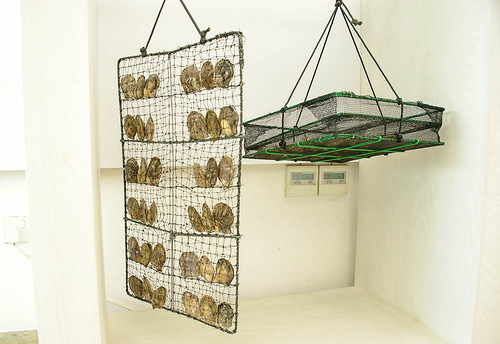 Occupied by the modern cultured pearls that all its life languishing here in these nets, cages. But before get there, they get on the table to the “pearly surgeon.” 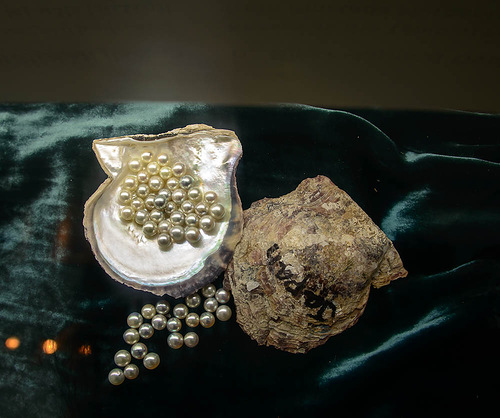 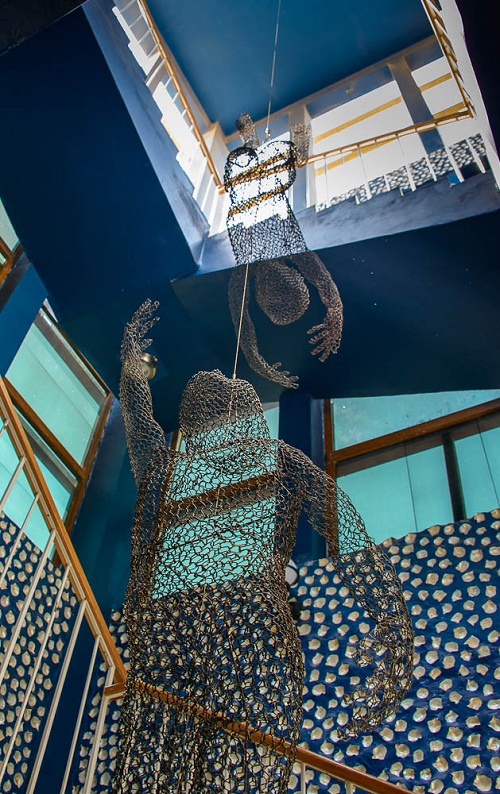 the installation in the museum staircase – wire sculptures of pearl divers 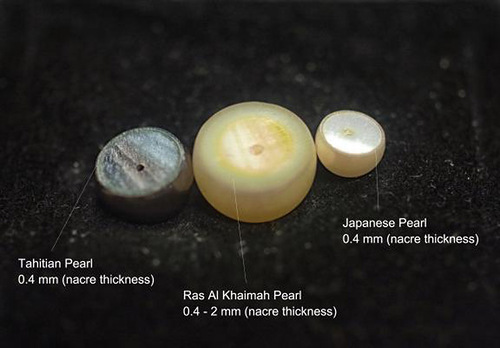 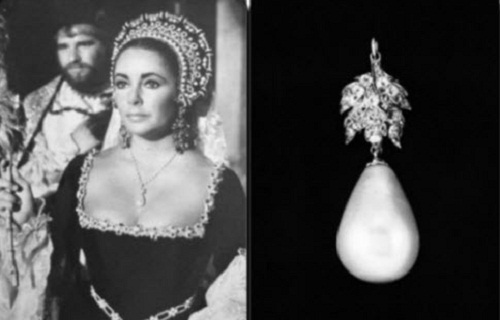 La Peregrina, caught in the 16th century, purchased in 1969 by Richard Burton as a gift for Elizabeth Taylor 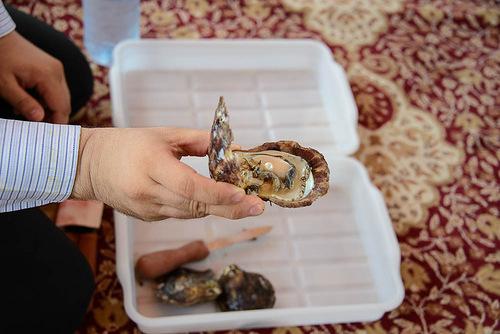 The uncovered oyster with a pearl 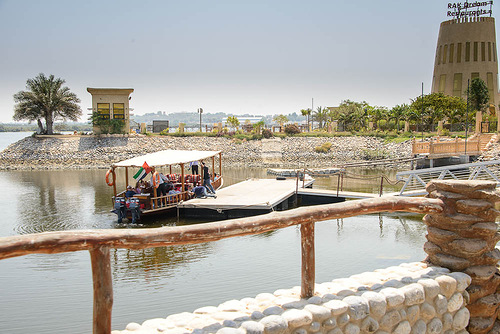 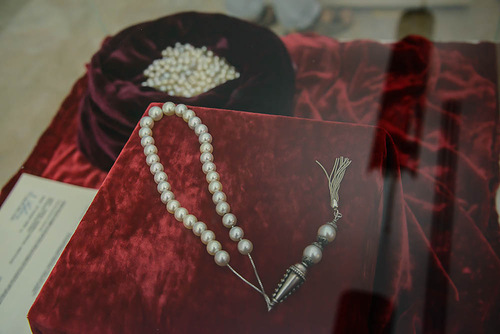 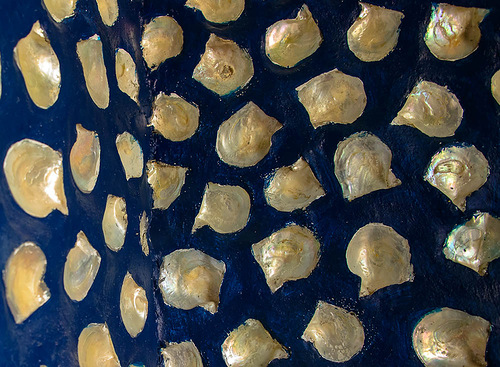 The walls of Pearl Museum covered with shells 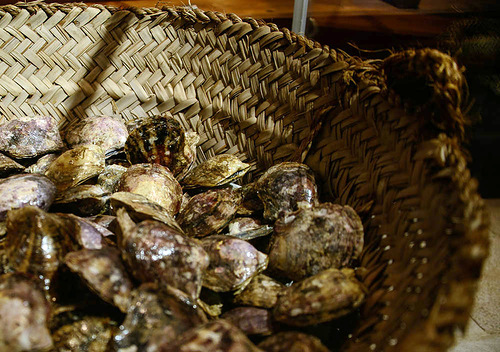 pearl clams outside are quite unattractive 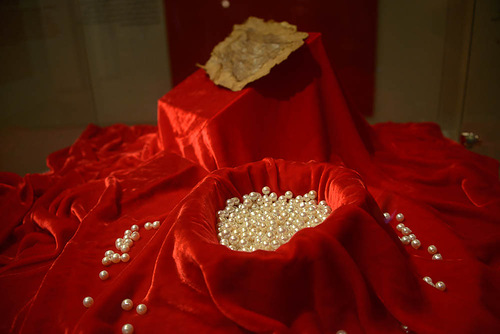 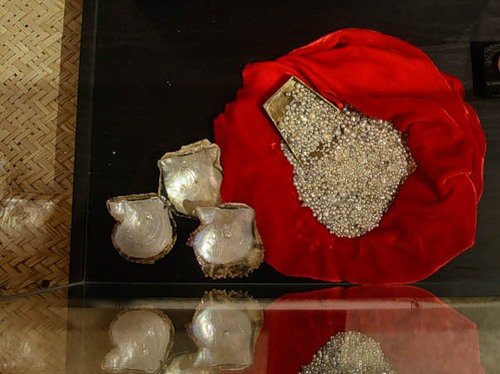 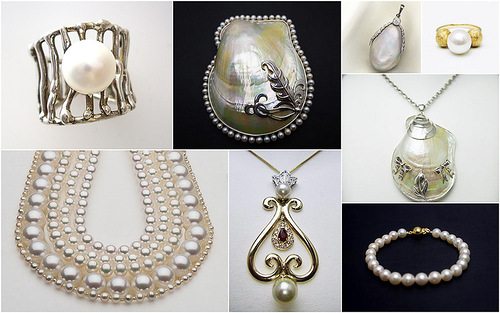 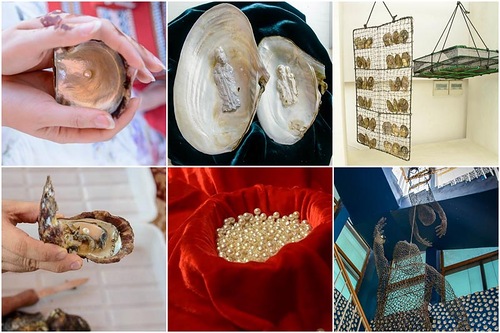 Pearls harvested in the Emirates