Incredibly Hairy People
The Chinese Kid Yu Zhenhuan was born in the city of Anshan in the Chinese province of Anshan in 1979 and began growing hair at the age of two that eventually covered approximately 96% of his body. As well as being incredibly hairy, The Hairy Chinese Kid is also an aspiring rock star and has used his unusual looks to launch something of a music career. 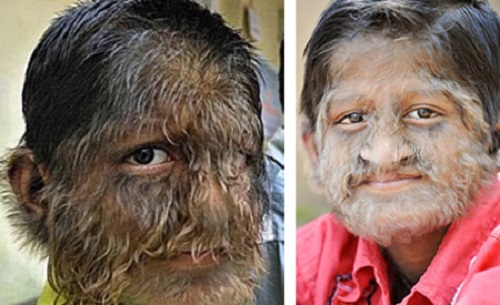 Pruthviraj Patil with ‘Werewolf Syndrome’ lives in the Indian district of Sangali, Mumbai

Pruthviraj Patil with ‘Werewolf Syndrome’ lives in the Indian district of Sangali, Mumbai. His parents have tried various traditional Ayurvedic remedies, laser surgeries and homeopathy, to cure the disease but none of them have worked. 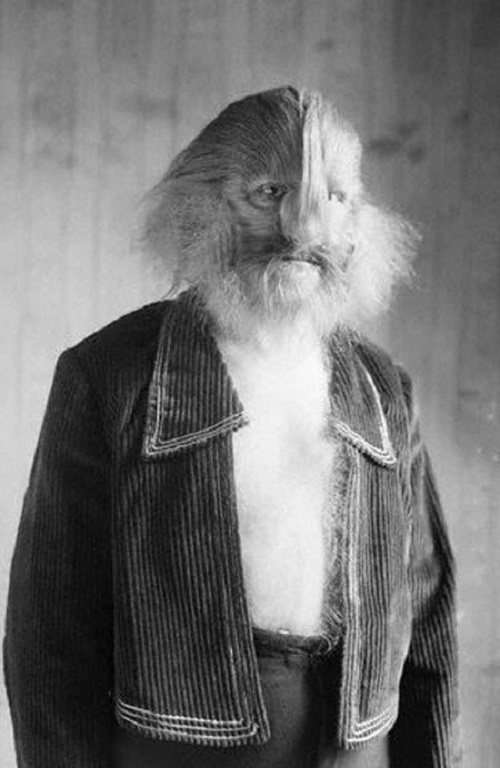 Stephan Bibrowski (1891–1932), better known as Lionel the Lion-Faced Man, was a famous sideshow performer. His whole body was covered with long hair that gave him the appearance of a lion. Bibrowski was born in 1891 near Warsaw in Poland with one-inch hair covering his body. His mother blamed the condition on the mauling of his father by a lion, which she witnessed while pregnant with Stephan. 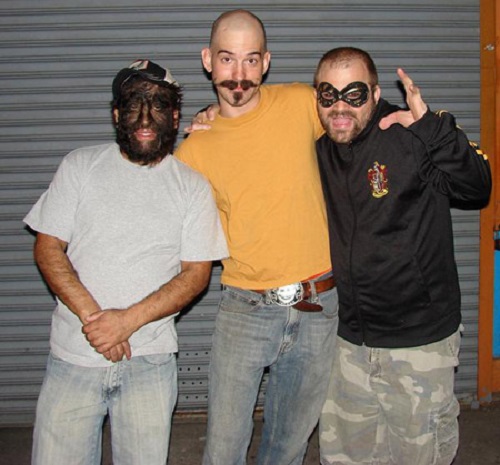 Jeses “Chuy” Aceves was born in Loreto, Zacatecas, Mexico, and is the second person in his family born with a rare condition known as hypertrichosis. Chuy’s face is covered with hair, making him resemble the legendary werewolf or, as some call him, a monkey man. Chuy is married and has two daughters, one of whom has the condition. In 2007, Chuy was featured in the books Ripley’s Believe It or Not! and Guinness World Records.

Pastrana exhibited herself in 19th-century Europe. An indigenous Mexican, she was born in 1834, somewhere in the Sierra of Sinaloa State. Her ears and nose were unusually large and her teeth were irregular. Charles Darwin described her as: “Julia Pastrana, a Spanish dancer, was a remarkably fine woman, but she had a thick masculine beard and a hairy forehead; she was photographed, and her stuffed skin was exhibited as a show; but what concerns us is, that she had in both the upper and lower jaw an irregular double set of teeth, one row being placed within the other, of which Dr. Purland took a cast. From the redundancy of the teeth her mouth projected, and her face had a gorilla-like appearance. 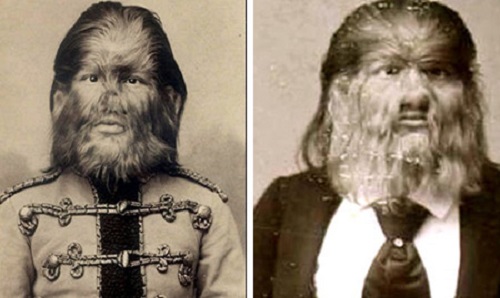 Born in 1868 in St. Petersburg, Russia, Fedor Jeftichew was indeed such a boy…Jo Jo The Dog Faced Boy to be exact, and despite sporting a warm and fuzzy nature that some would consider to be less than a blessing, Fedor made quite a life for himself, achieving world wide fame and fortune as he worked his act with P.T. Barnum from the age of 16. He also spoke Russian, German and English.

The owner of the richest hair is Sasuphan Supatra from Thailand