Jaume Plensa Sculpture made of letters 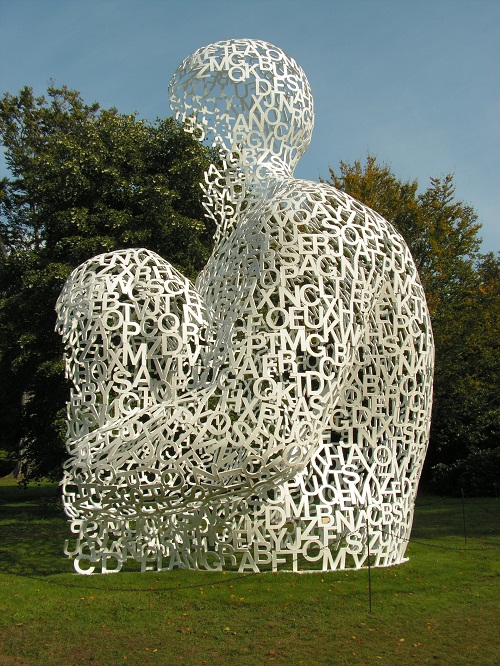 Work by Spanish artist Jaume Plensa Sculpture made of letters

Jaume Plensa Sculpture made of letters
Spanish artist and sculptor Jaume Plensa was born in Barcelona in 1955. Plensa’s work explores not only the human form, but also the role of language in the human experience. The contemplative poses of many of his figures also suggest the artist’s interest in the role of language in reflection. While true meditation may be thought of as the absence of thought, by quite literally forming shapes out of letters, Plensa seems to emphasize the importance of language in giving shape to our inner monologues. 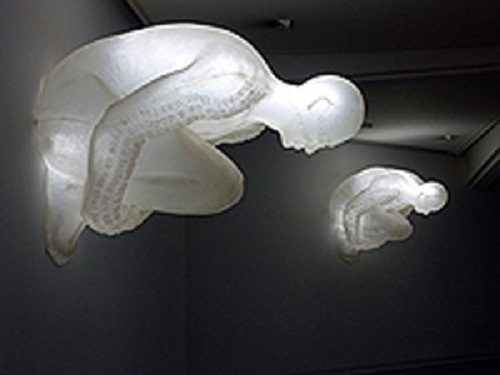 While the sheets of letters form “walls” around the viewer, the walls are transparent. This allows a visual interactivity with the entire room while the viewer reads the poem that mimics the way one also brings outside experiences and reference points to the reading of poetry in more traditional mediums.

From 1980 with his first exhibition in Barcelona until today, he has lived and worked in Berlin, Brussels, England, France, and USA. Currently he shares his residence between Paris and Barcelona. Jaume Plensa was a teacher at the École Nationale des Beaux-Arts in Paris, a lecturer at many universities and art institutions. He collaborates as professor invited at the School of the Art Institute of Chicago.

Since 1992 he has obtained various distinctions and awards, both national and international. Notably his investiture as a Chevalier des Arts et des Lettres by the French Ministry of Culture (Paris, 1993). Also, the National Culture Award for Plastic Arts of the Government of Catalonia (Barcelona, 1997). Among his awards –
Honorary Doctorate from the School of the Art Institute of Chicago (2005), and the Mash Award for Public Sculpture (London, 2009). Also, the National Award for Plastic Arts (Madrid, 2012), and most recently, the National Award for Graphic Arts 2013 (Madrid, 2013).

His sculptural work has gone through several stages developed largely with recuperation materials, iron, bronze, and cooper. Meanwhile, in 1986, he started a series of cast iron sculptures, then he incorporated light and relief written text. Recently his materials included synthetic resin, glass, alabaster, plastic, light, video and sound. He also has a large production of works on paper and etchings. In addition to sculpture, the artist often works on stage design and costumes for opera and theater productions.

Meanwhile, his sculpture decorates many cities of Europe installed in Spain, France, and Germany. As well as Japan, the United Kingdom, Korea, Canada, and the USA. In particular, the Crown Fountain, 2004, in Chicago’s Millennium Park, is one of his biggest project, and undoubtedly one of his most brilliant. In addition, finished in 2005 sculpture “Breathing” decorated the new BBC building in London. Then, in 2007 Conversation à Nice for the place Masséna in Nice, (France), and El Alma del Ebro for the Expo Zaragoza, 2008, in Zaragoza, (Spain). In particular, his various sculptures then appeared in Liverpool, Dubai, Ogijima, Salzburg, Houston, New York, Rio de Janeiro, and most recently, in Calgary. Currently he is exhibiting in the city of Bordeaux.

Jaume Plensa Sculpture made of letters 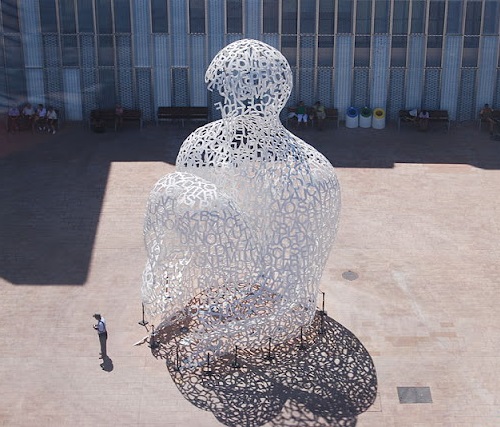 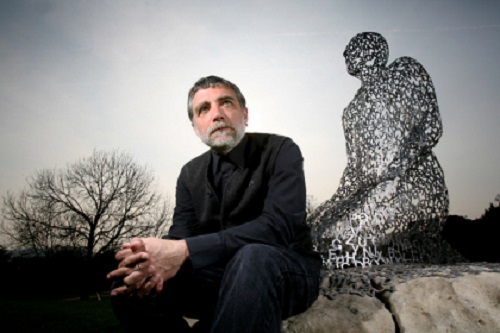 Spanish artist next to his creations 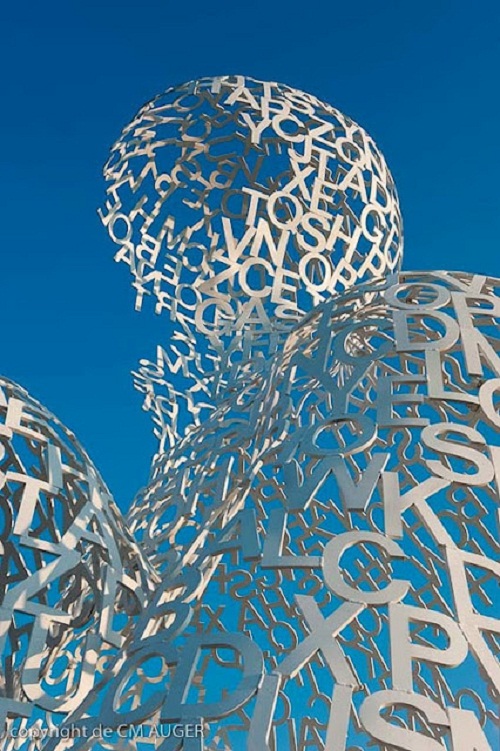 Closeup – sculpture made of letters 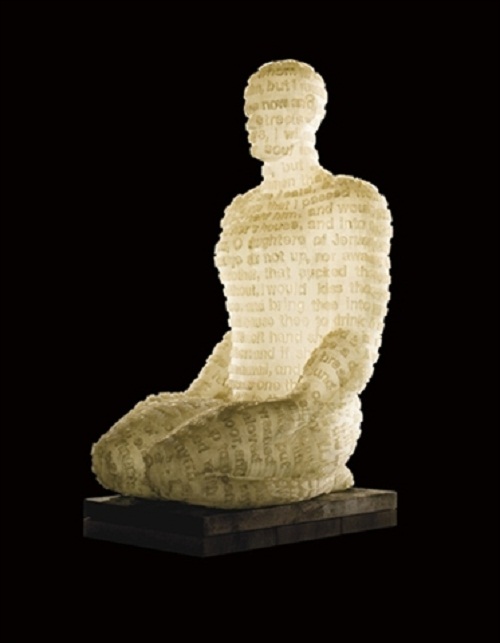 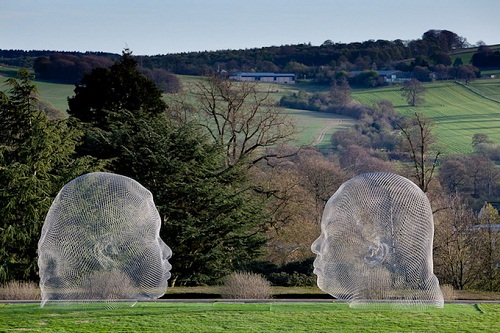 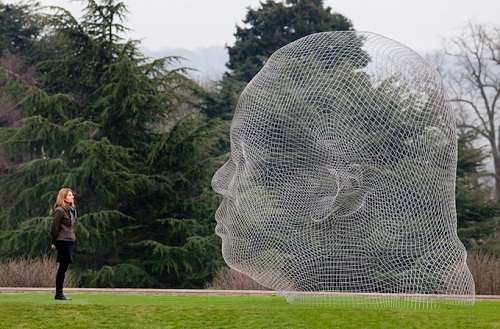 A woman looking at the giant head 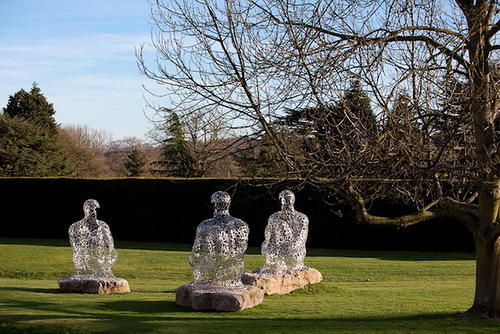 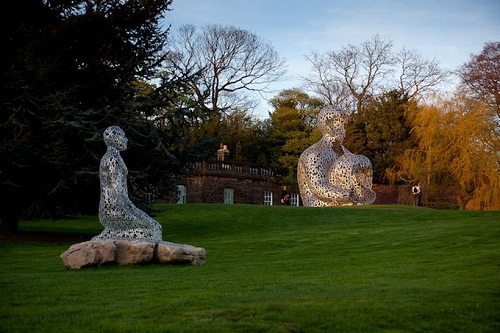 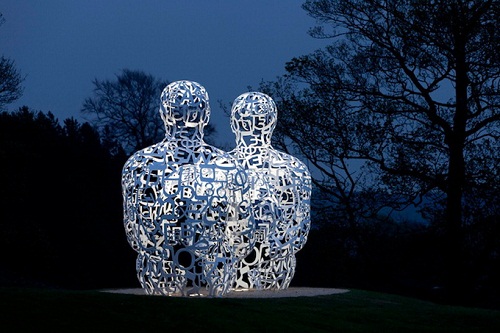 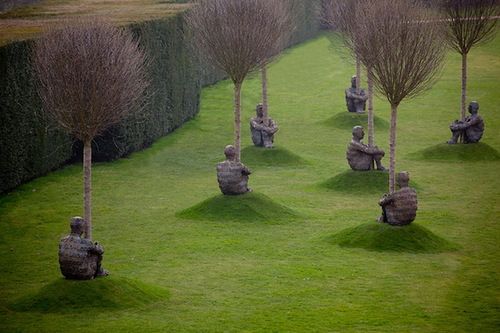 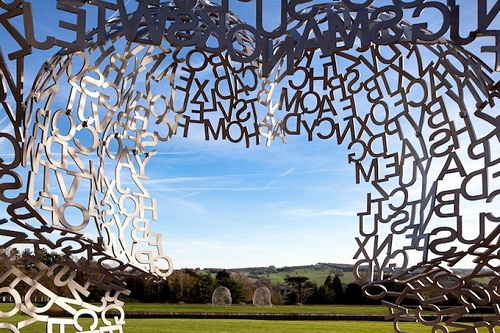 Fragment of Sculpture made of letters 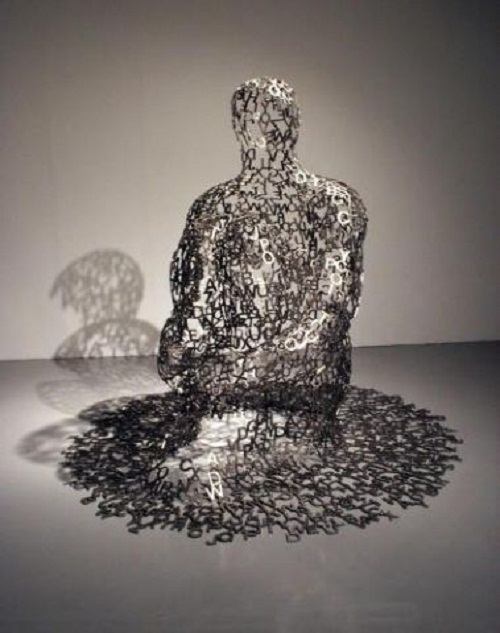 Sculpture made of letters by Spanish artist Jaume Plensa