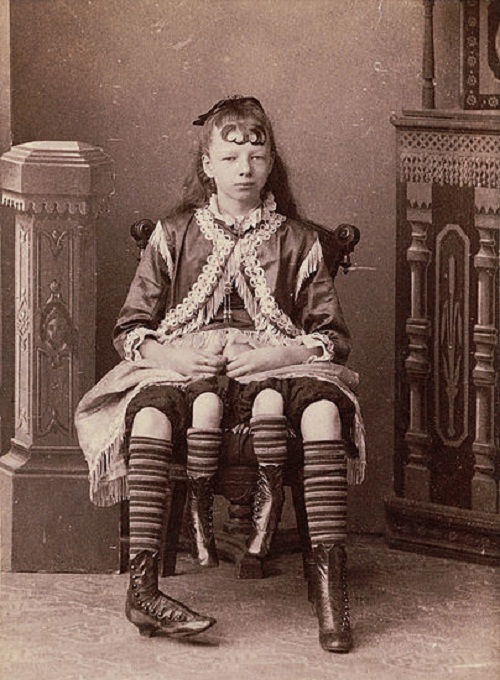 Josephene Myrtle Corbin Four-Legged Girl from Texas
Four-Legged girl Josephene Myrtle Corbin was born in Tennessee in 1868. Myrtle’s extra legs resulted from dipygus, a rare form of conjoined twinning, which gave her two complete bodies from the waist down. She had two small pelves side-by-side, and each of her smaller inner legs was paired with one of her outer legs. She could move the smaller legs but they were too weak for walking. At the age of 19, she married a doctor Clinton Bicknell and had four daughters and a son. Three of her children were born from one set of organs, two from the other. Corbin entered the sideshow circuit with the moniker “Four-Legged Girl from Texas”. Myrtle died on May 6, 1928, in Cleburne, Texas. 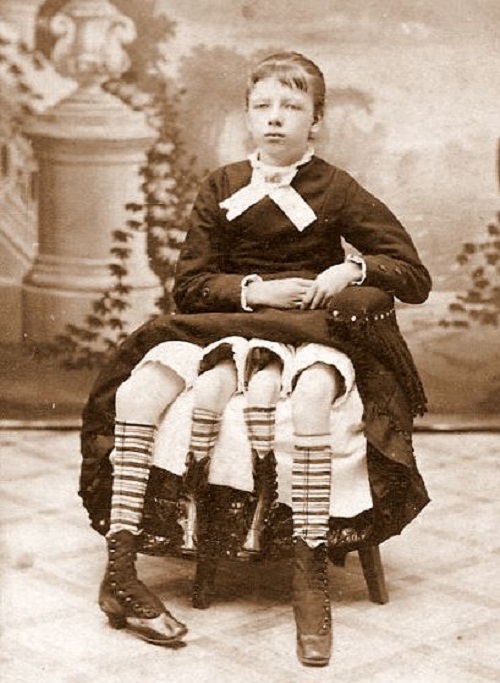 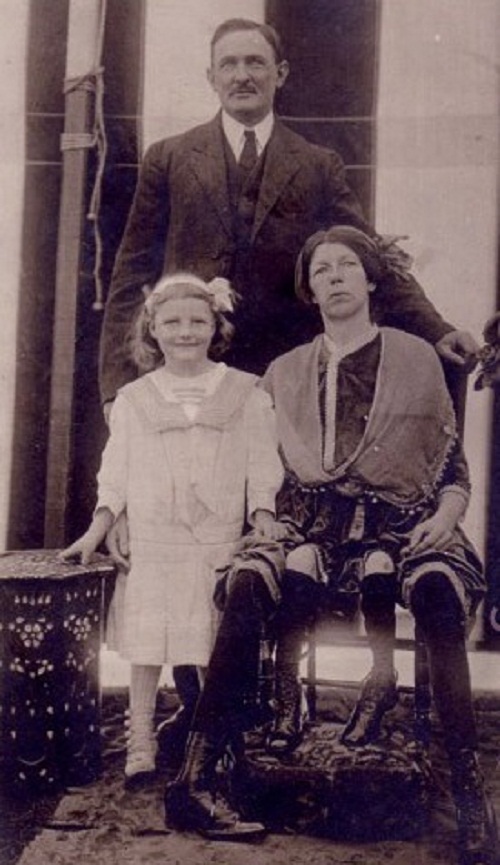 Myrtle Corbin with her husband and daughter 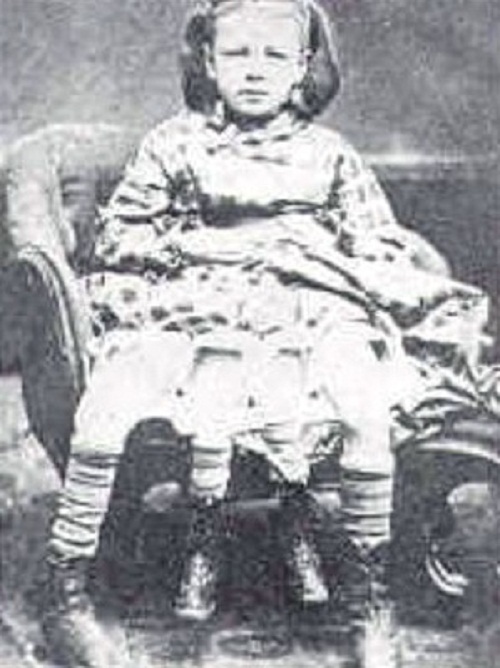 Corbin was able to move her inner legs, but they were too weak for walking. 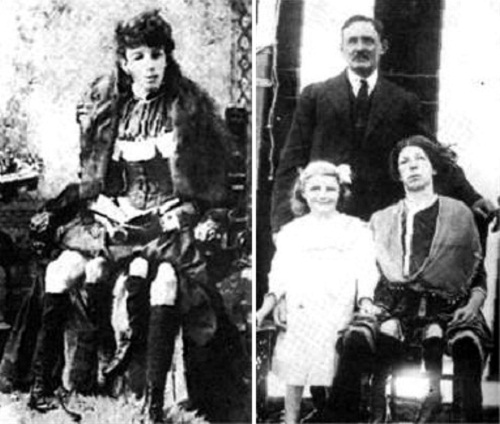 Josephene with her husband and daughter

The dipygus deformity is a severe congenital deformity where the body axis forks left-and-right partway along the torso with the posterior end (pelvis and legs) duplicated. Myrtle Corbin was a dipygus; she married and had 5 children and lived to within a few days of her sixtieth birthday. 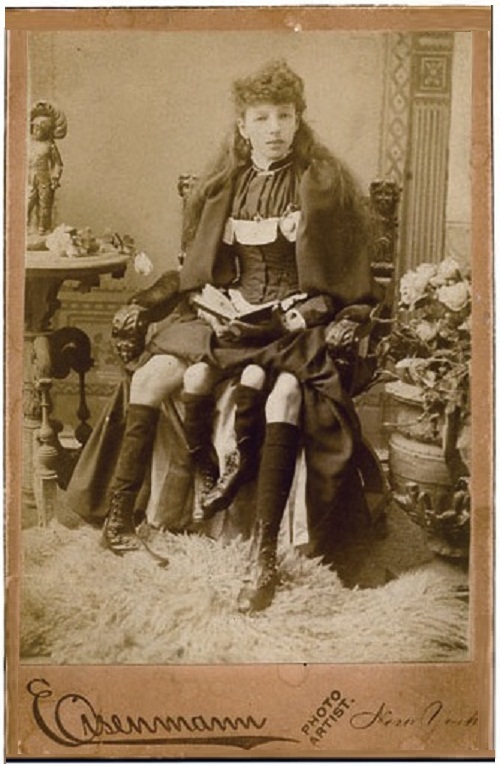 In human cases the inner two of the four hindquarters develop much smaller than normal. This is a type of “teras catadidymum” (“monster twinned below”). Another sort of deformity with extra legs can happen from a degenerated conjoined twin, as may have happened with Francisco Lentini with his third leg.