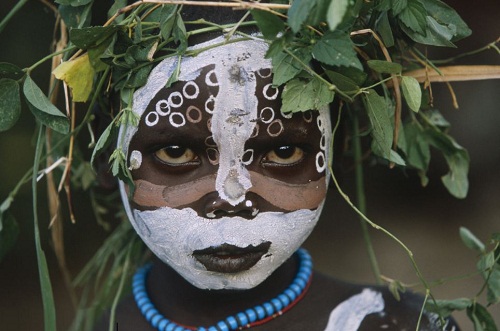 Lost Omo tribe in Ethiopia by photographer Hans Silvester
The photographs of colorfully painted faces, scarred bodies, extravagant headdresses of the Omo indigenous people were taken by photographer Hans Silvester and published in new book ‘Natural Fashion: Tribal Decoration from Africa’. These children are proud to be the members of east Africa’s most fascinating tribal group. Their faces decorated with colored clay and a floral headdress is a kind of natural camouflage of people who live peacefully and close to nature in the beautiful part of the world. The tribes people’s way of life is largely untouched by modernity, although the extent to which some of the bleaker elements of civilization are creeping into their world is apparent in another photograph in which a young boy, whose body and face are decorated with clay paint poses proudly with a toy gun made of wood. 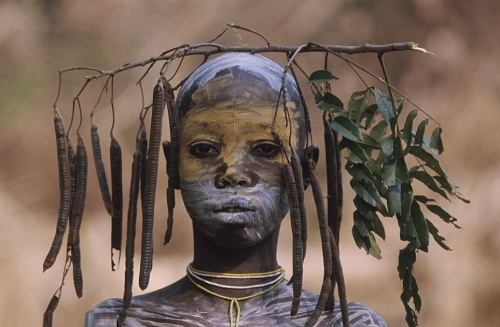 Hydroelectric dam and associated land grabs for plantations threaten the tribes of the Lower Omo River. The tribes have lived in this area for centuries and have developed techniques to survive in a challenging environment. The Lower Omo River in south west Ethiopia is home to eight different tribes whose population is about 200,000. They have lived there for centuries. They have not been consulted about the dam or the plantations and stand to lose their livelihoods based on the river’s natural flood cycle. 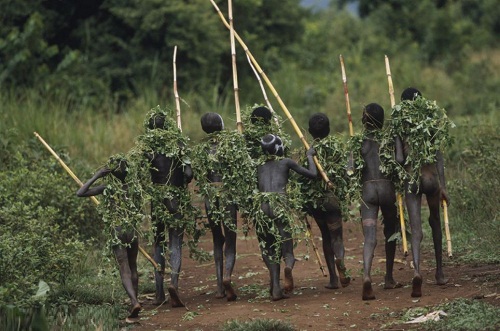 A group of Omo tribe

However the future of these tribes lies in the balance. A massive hydro-electric dam, Gibe III, is under construction on the Omo. When completed it will destroy a fragile environment and the livelihoods of the tribes, which are closely linked to the river and its annual flood.

The Bodi (Me’en), Daasanach, Kara (or Karo), Kwegu (or Muguji), Mursi and Nyangatom live along the Omo and depend on it for their livelihood, having developed complex socioeconomic and ecological practices intricately adapted to the harsh and often unpredictable conditions of the region’s semi-arid climate.

The annual flooding of the Omo River feeds the rich biodiversity of the region and guarantees the food security of the tribes especially as rainfall is low and erratic. They depend on it to practice ‘flood retreat cultivation’ using the rich silt left along the river banks by the slowly receding waters. 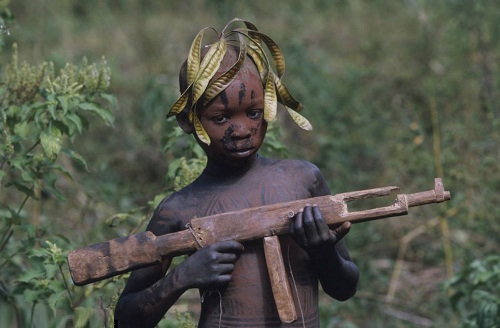 They also practice rainfed, shifting cultivation growing sorghum, maize and beans on the flood plains. Some tribes, particularly the Kwegu, hunt game and fish. Cattle, goats and sheep are vital to most tribes’ livelihood producing blood, milk, meat and hides. Cattle are highly valued and used in payment for bride wealth. 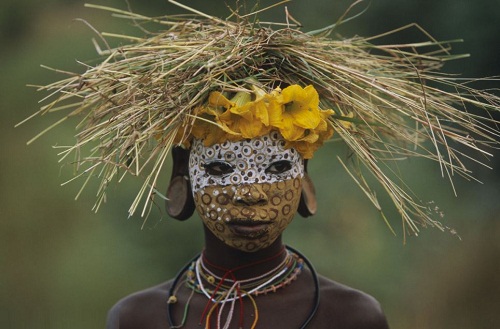 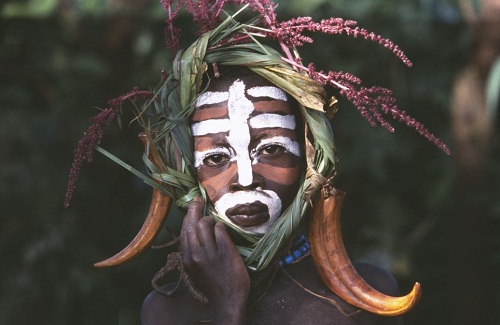 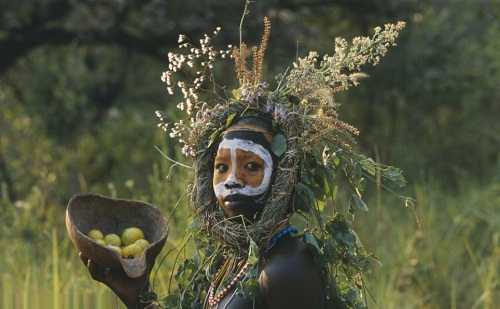 Decorated with grass and paints 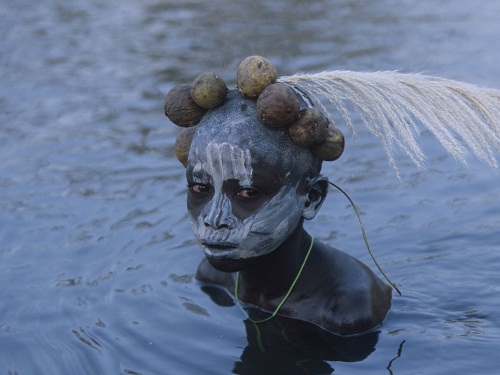 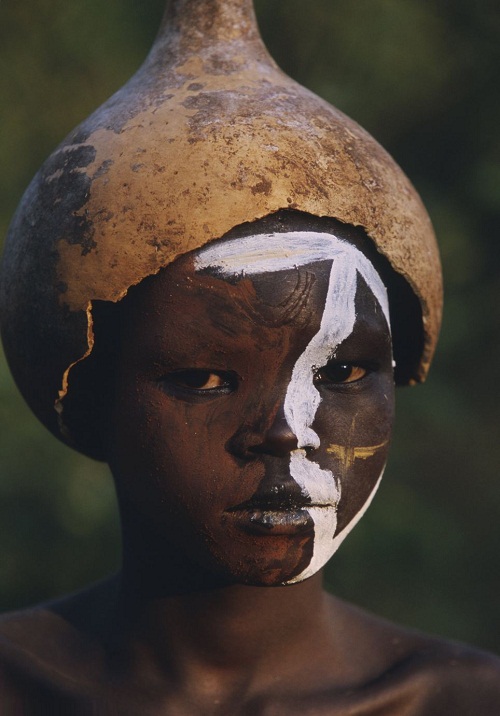 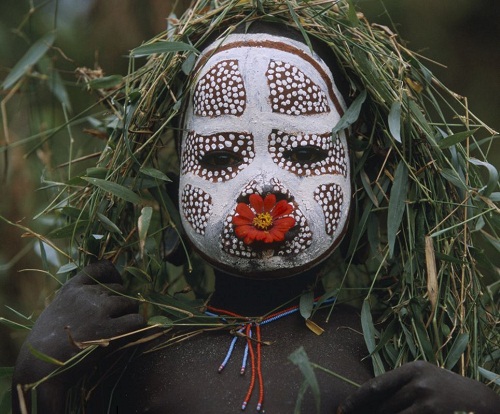 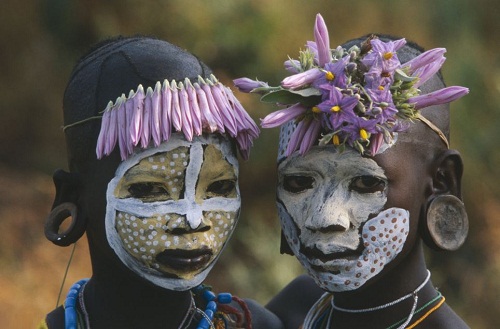 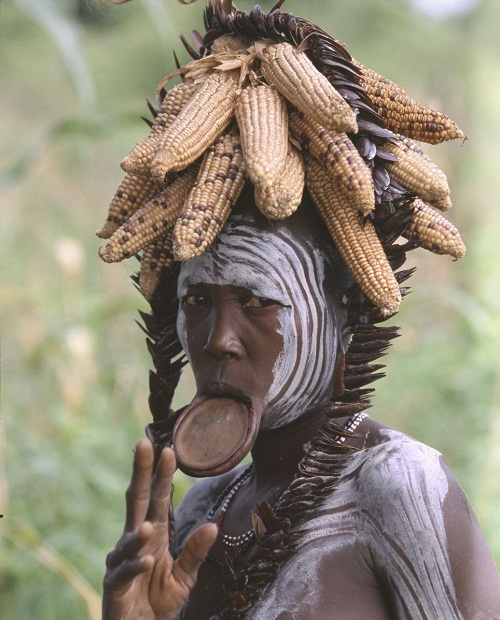 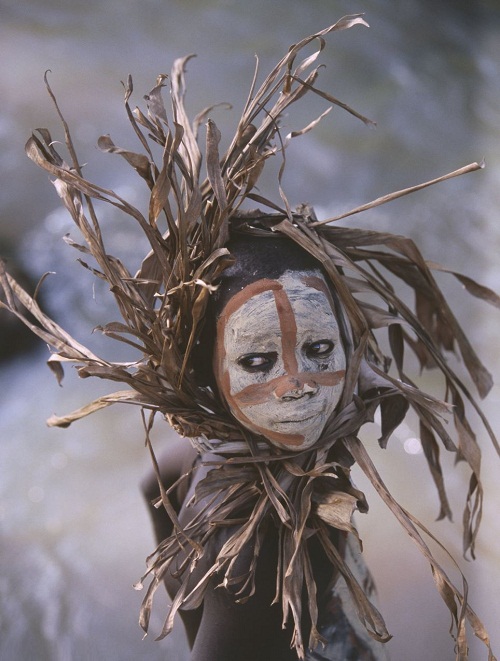 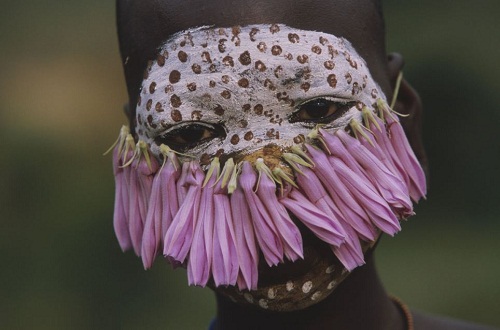 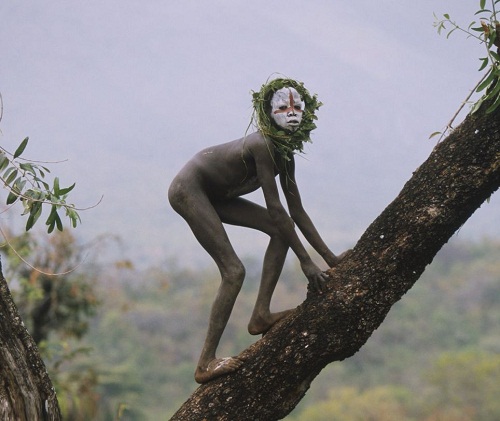 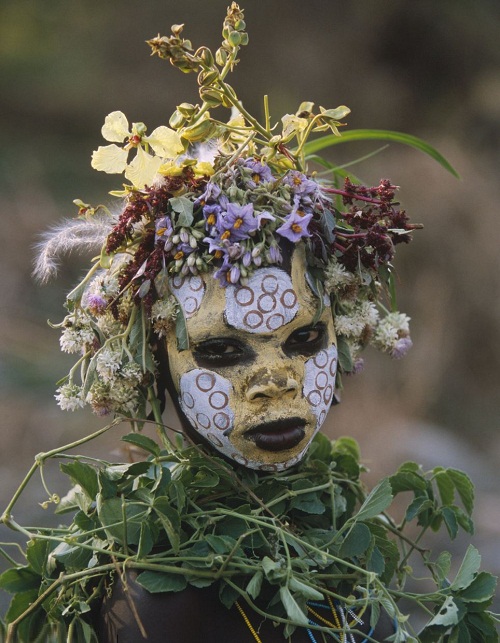 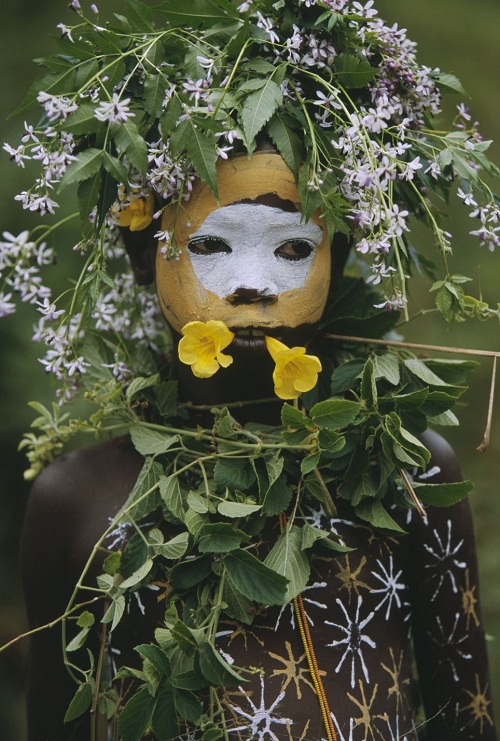 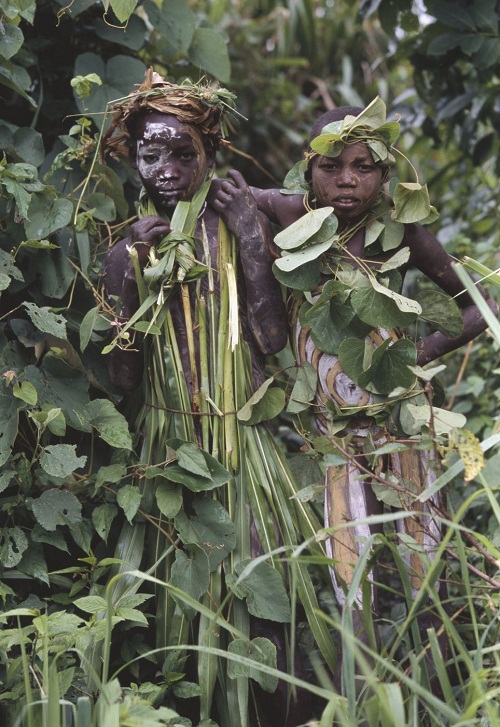 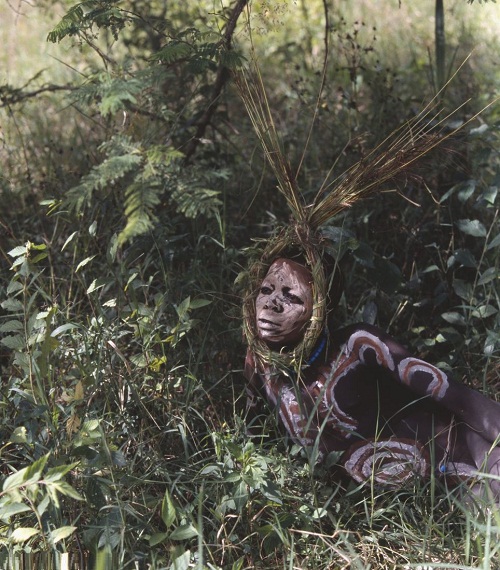 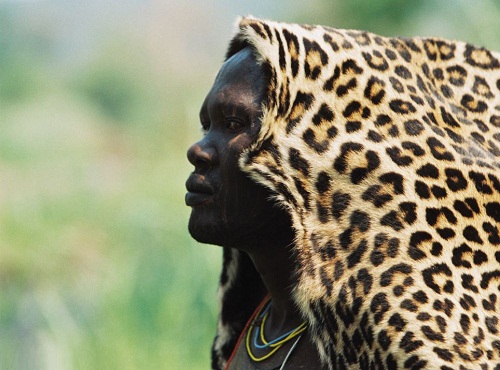 A woman covered with leopard skin 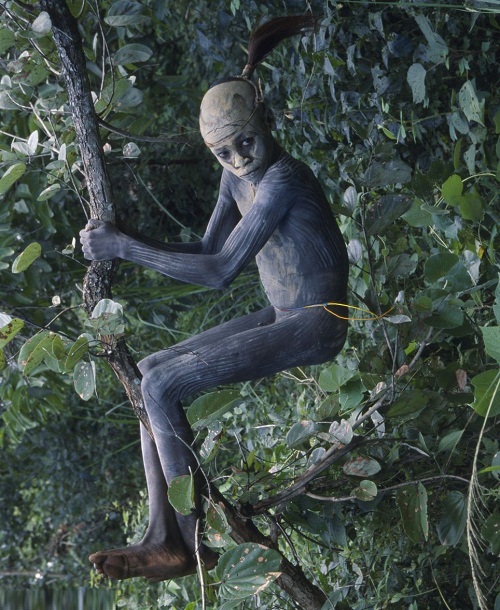 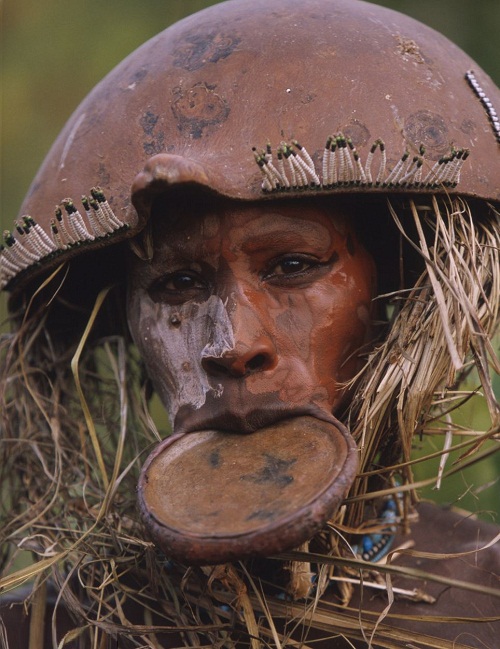