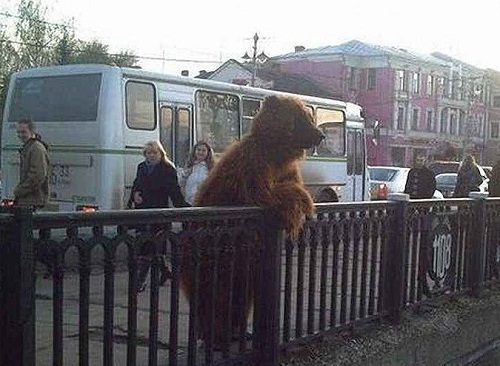 Meanwhile in Russia. A bear standing at the fence in a crowded city

Traditionally, bloggers use popular phrase “Meanwhile in Russia” to distinguish between Western civilized world and shocking life style in Russia. That’s why in the “Meanwhile in Russia” publications, Russia is pictured in a weird way, just what “Western minds” are unable to understand. In addition, all weird things can happen only in our country and nowhere else. Of course, not. In fact, curious situations can happen anywhere, in any corner of the world. More than that, if a funny situation happens somewhere, for instance, in Finland, or Kazakhstan, or Poland, it will be titled “Meanwhile in Russia”. Even more, sometimes such curious situations are staged for fun. “Meanwhile in Russia” is a stereotype, similar to anecdote, about Russian winter, women, bears, vodka, etc. And if such “meanwhile” entertains internet users all over the world, and make them laugh, why not? We, the Russians, don’t mind at all. 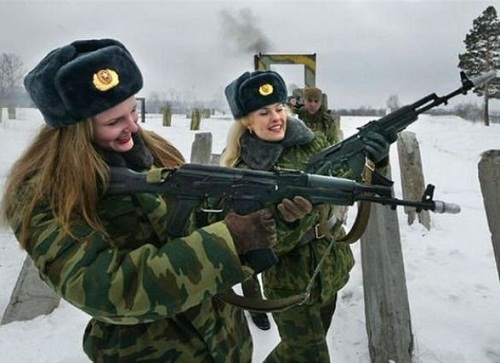 Fur hats & coats, caviar, samovars and enormous shawls have all been considered as an integral part of Russian life for centuries. To the joy of visitors, some of them still really exist. You only have to travel a few kilometers outside Moscow to be convinced that duck-down shawls are still widely used. And there are still many families and places (for example train compartments and restaurants) where tea is served in a tea holder. Some of the attributes of Russian life have disappeared naturally, but are being cultivated in the country either for commercial reasons (since foreigners are willing to pay good money for them) or as an observance of traditions and ceremonies. Nowadays, the folk festivals (and not those for foreigners, but for natives!) will always include a troika sleigh, a samovar with barankas (round cracknel) and sometimes, though rear, even a bear on a chain (sadly, but fact). 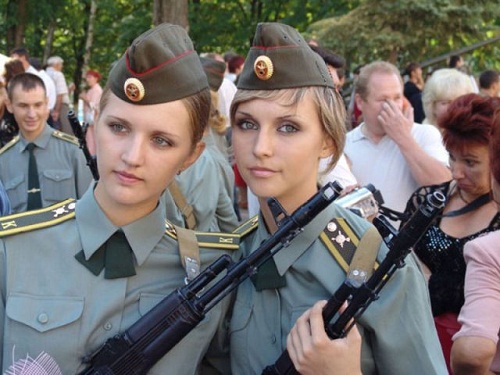 Beautiful and armed. Somewhere in Russia

First impressions, which are as a rule based on stereotypes already existing in the traveler’s mind, are far from always being false and, indeed, they often contain much that is justified. The first impression, which is very sharp and real, sometimes gives a better picture of the surrounding world. The only thing that is important is the mindset with which you judge other people and their world. It is important to remember that each nation has been formed through specific historical and cultural conditions, which determine its behavior and actions. 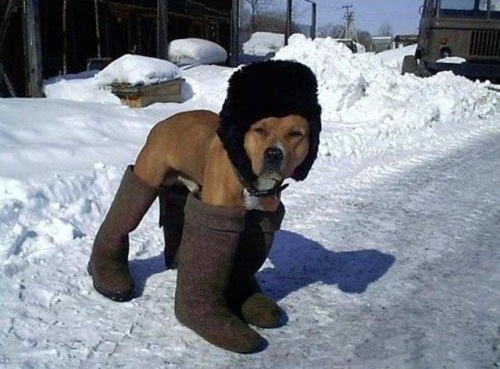 A dog in valenki (winter footwear). Somewhere in Russia

For example, a Russian returns from America or Great Britain and says, “Everything is great, but they are so stingy. They invited me round for a coffee and gave me a cup of coffee and a biscuit, nothing more. And at the party there was only beer with crisps and nuts.” British students, living in Russian families, are often irritated by the persistent looking after them. There are constant attempts to feed them and on top of that, they are offended when you politely turn them down. “Well, why should I eat patties and potatoes in the morning if I prefer cereal and tea? Why do I have to justify myself all the time?” Foreign students may also be forbidden from returning home late. According to Russian tradition, children live with their parents until they get married and are subject to constant surveillance. 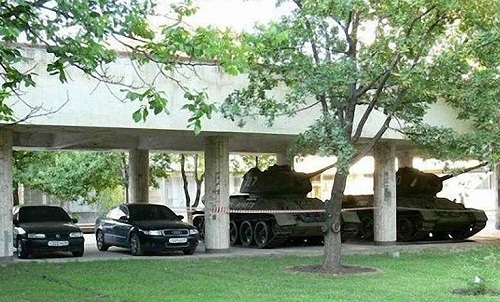 Of course, much of what people expect from Russia turns out to be a lie. Bears do not wander the streets and many Russians can live without a hard frost. But Russian hospitality, fur hats with earflaps, excessive confiding and openness with half-strangers live up to expectations. 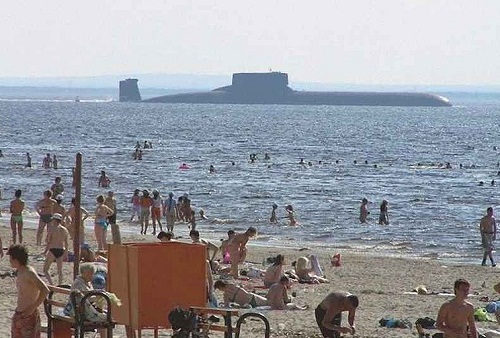 Submarine as the background for swimming in the sea 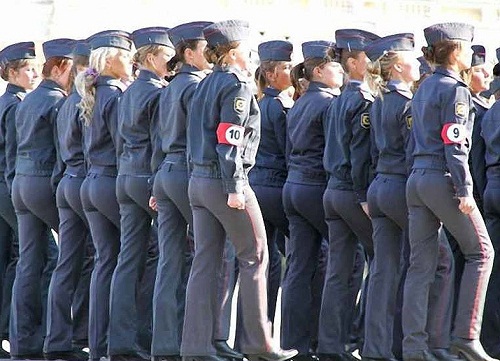 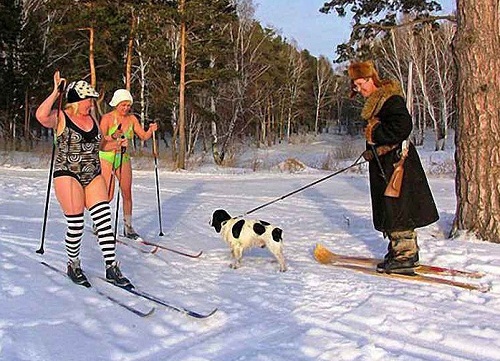 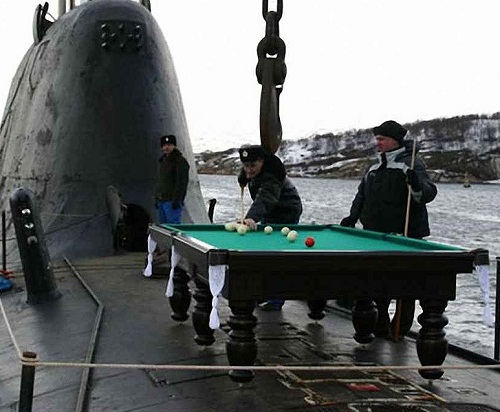 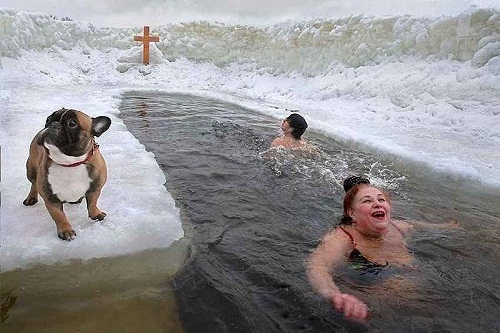 Baptism takes place in Russia on 19 January when frost is particularly severe. In addition, the popular is swimming in the hole, and the people who practice it – called walruses 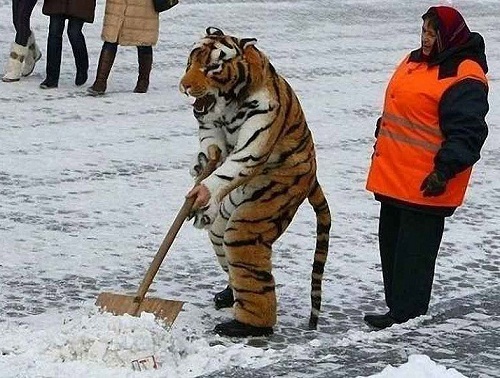 Cleaning the roads from snow is everyday duty, and a tiger with a shovel is a man wearing a tiger costume 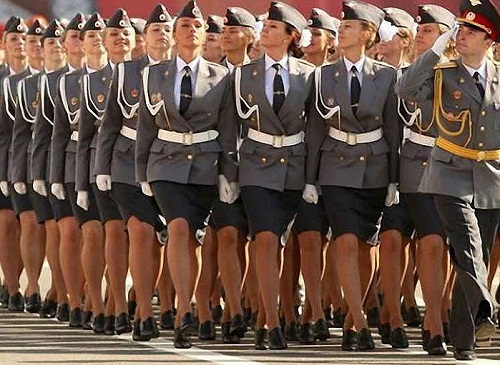 They say Russian girls are the most beautiful 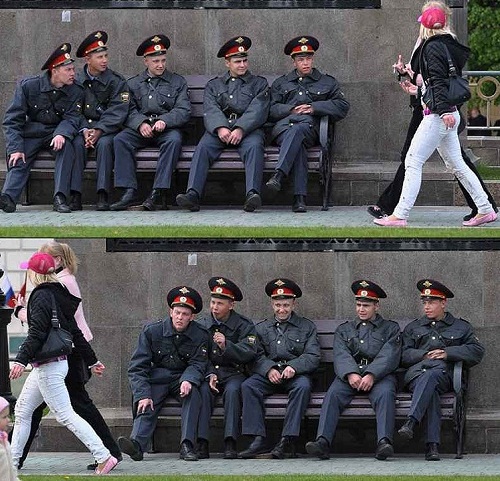 In continuation of the previous photo 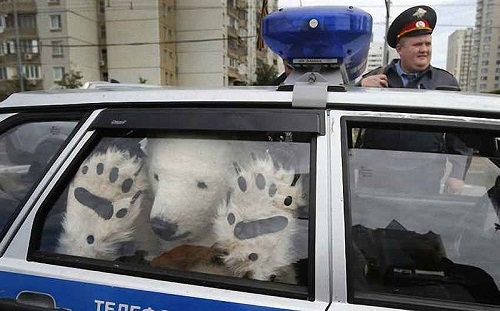 A polar bear in a car. Somewhere in Russia 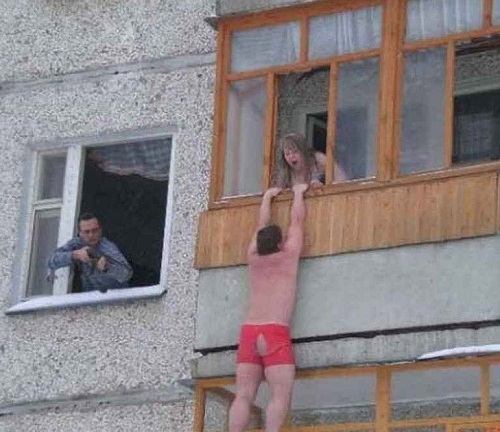 The love triangle somewhere in Russia 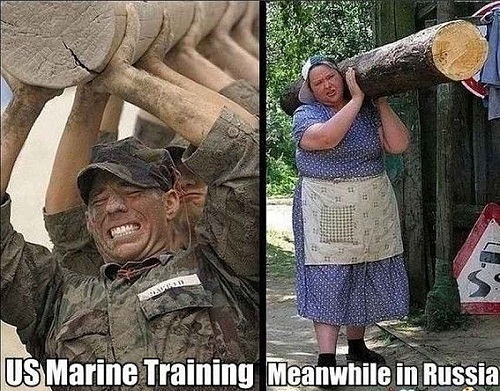 US Marine Training vs one village woman somewhere in Russia 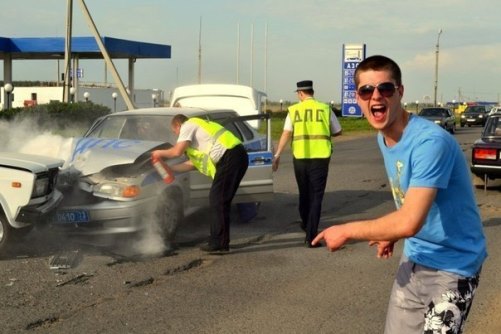 At the petrol. Somewhere in Russia 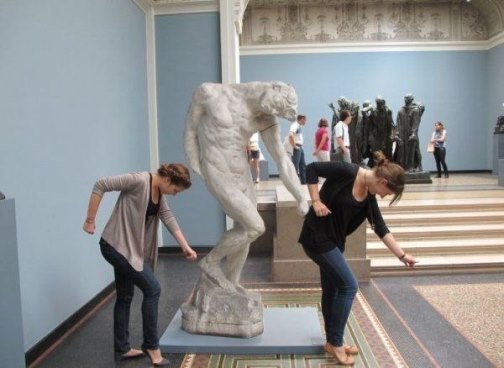 Somewhere in a museum… 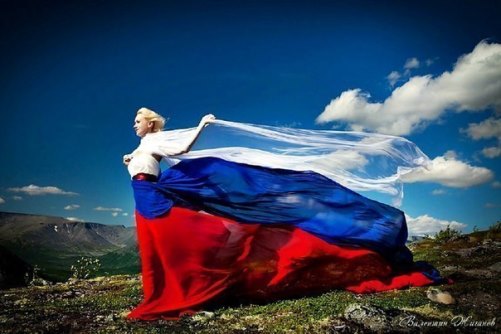 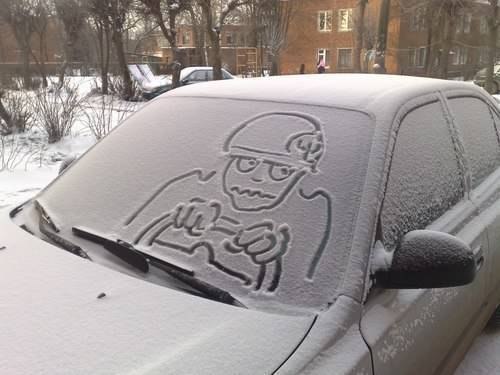 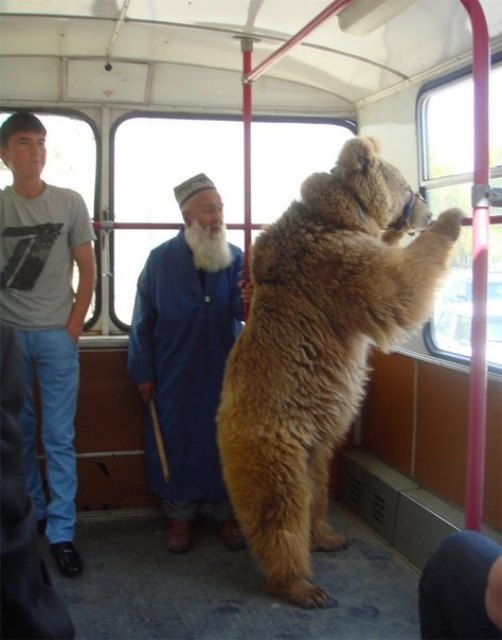 A bear in a trolley-bus 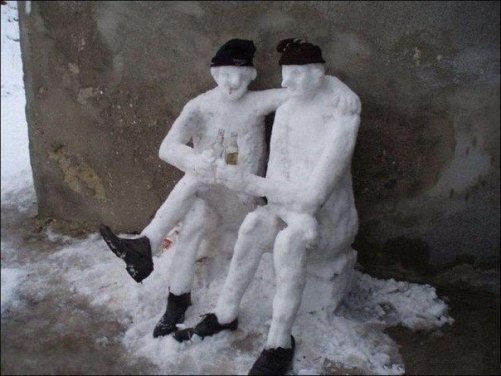