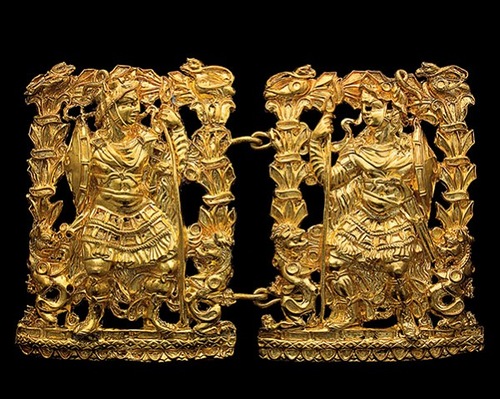 Ancient treasures of Afghanistan
Tillya tepe means Golden Hill, an archaeological site in Afghanistan near Sheberghan, surveyed in 1979 by a Soviet-Afghan mission of archaeologists led by Victor Sarianidi. The hoard contained about 20,000 gold ornaments found in six graves (five women and one man) with extremely rich jewelry, dated to around the 1st century BC. Several thousand pieces of recovered fine jewelry were made of gold, turquoise, lapis-lazuli. The ornaments included coins, necklaces, belts, medallions and crowns. 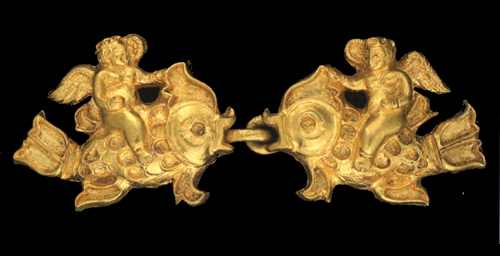 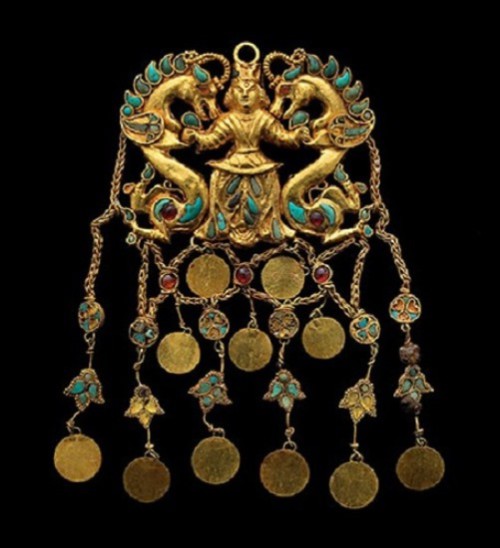 Pendant made of gold, turquoise, Garnet, lapis lazuli, Carnelian and pearls, depicting Lord of dragons. Carefully sculpted ornament depicts a man in tunic and wide trousers typical of a nomad. He holds two Dragon-like creatures for the front paws. A mythical scene of ancient Persian and Siberian art denoting power and invincibility 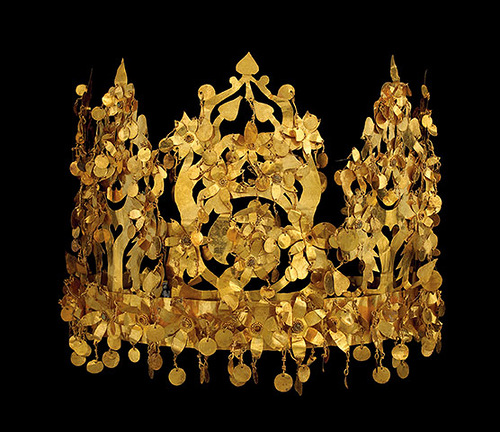 Golden Crown. It was found in the tomb of a high-ranking female. Its basis is a diadem decorated with flowers. Center of flowers were once inlaid with turquoise. On the upper branches of four of the five trees of life sitting gold bird. Found in Tillia-Tepe, age 1. BC-1B. a.d. 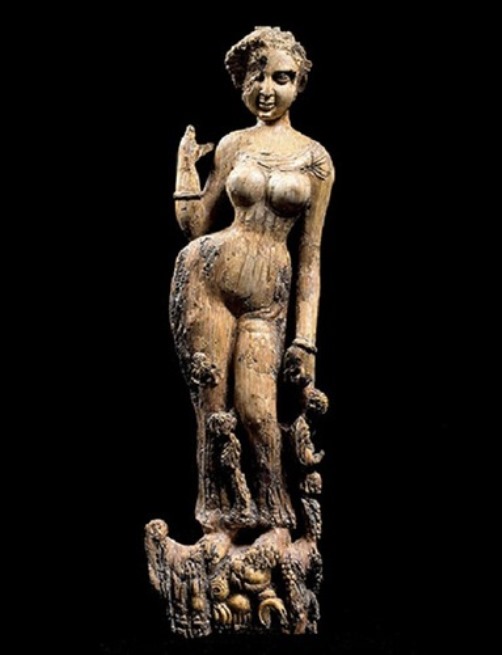 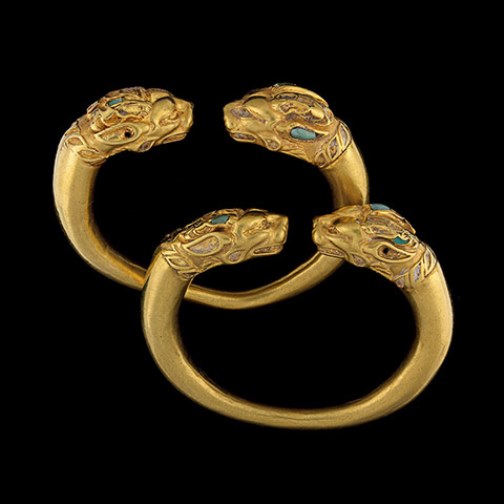 A pair of Turquoise and gold bracelet. They are separated by lion heads. Found in the burial ground No. 4 of Tillia-Tepe, age 1st century BC 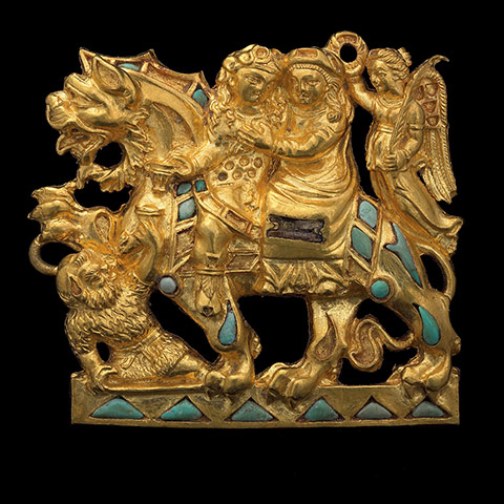 Belt buckle made of gold and turquoise. It depicts Dionysus and Ariadne riding a lion. Found in the burial ground No. 4 of Tillia-Tepe, age 1century BC 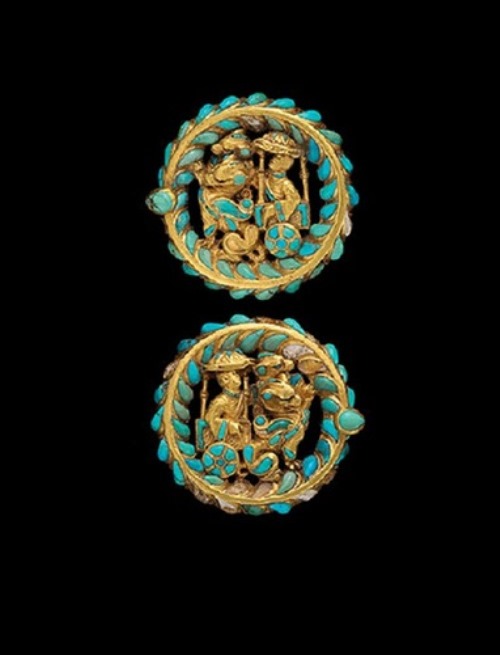 belt buckles from a shoe made of gold, turquoise and carnelian. They depict the chariot, pulled by dragons. Found in the burial ground No. 4 of Tillia-Tepe, age 1. BC-1B. a.d. 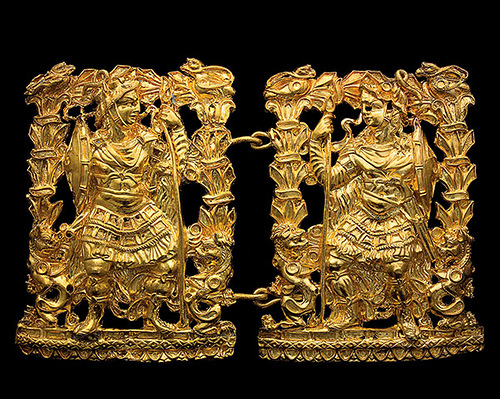 Gold Buckle, which shows 2 Greek Warriors. Found in the burial ground No. 3 tillya-Tepe, age 1 century BC 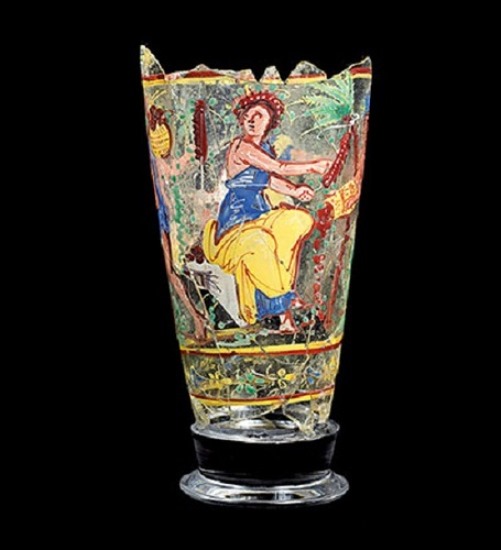 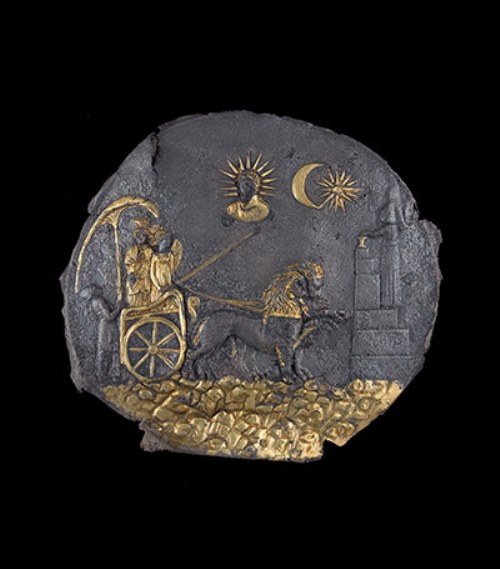 Bowl for ceremonies, which depicts the goddess Cybele of gilded silver 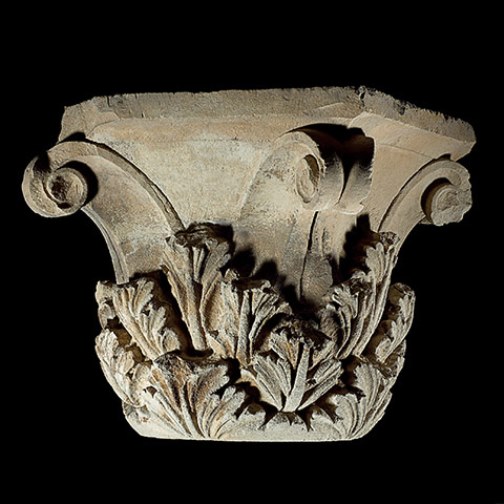 the Limestone Cap columns of Ah-Hanuma. Corinthian style, up to 145 BC. 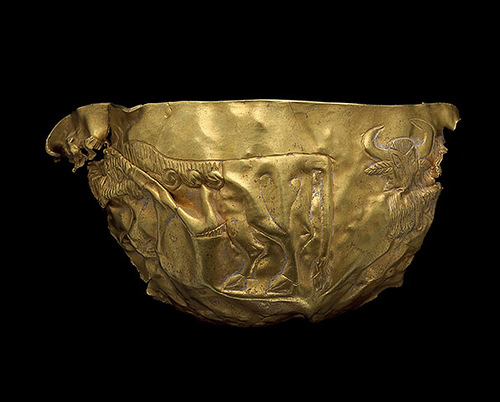