Mechanical Elephant by Frank Stuart
This Mechanical Elephant has a name Nellie, and it was a creation of English engineer Frank Stuart in 1950. Nellie later successfully toured to different countries, had several owners, and continues to be operated to the present day. Interesting model of the first mechanical robot elephant powered by a petrol engine, can move independently, transporting its passengers. Frank According to Stuart’s wife, he was a genius. In addition, he was a maker of stage scenery and masks. Frank motivated the construction of mechanical elephant by high cost of feeding and keeping real elephants. By the way, Nellie was not the only mechanical elephant, as at least 10 mechanical elephants were built. But later appeared reports of them ending up all over the world. Unfortunately, due to poor financial management the elephant building business was not a success and stopped in the 1950s. 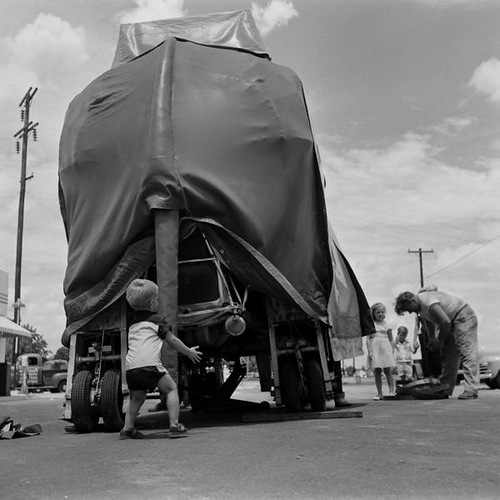 Amazing elephant. At least 10 of the elephants were built

British actor and comedian Peter Sellers (1925 – 1980) smiles and holds an umbrella as he drives his nearly full-size elephant, Chipperfield, England, 1960. 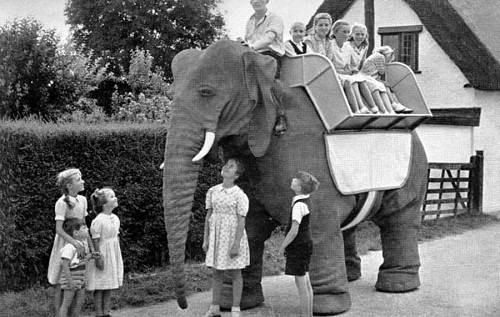 A cute elephant – such a joy for children 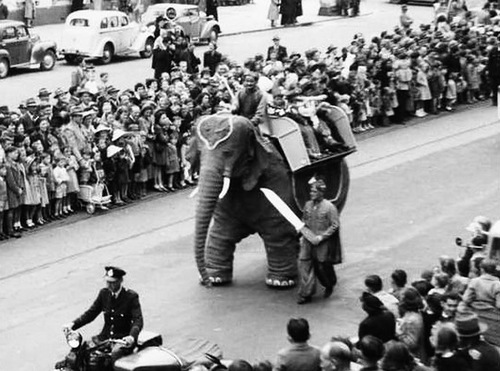 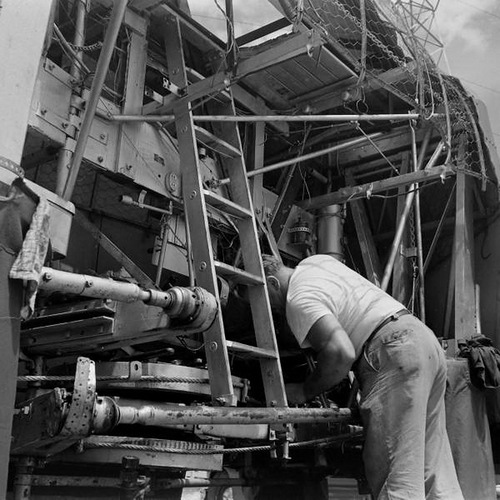 The construction of the Wonderful Elephant created by Frank Stuart 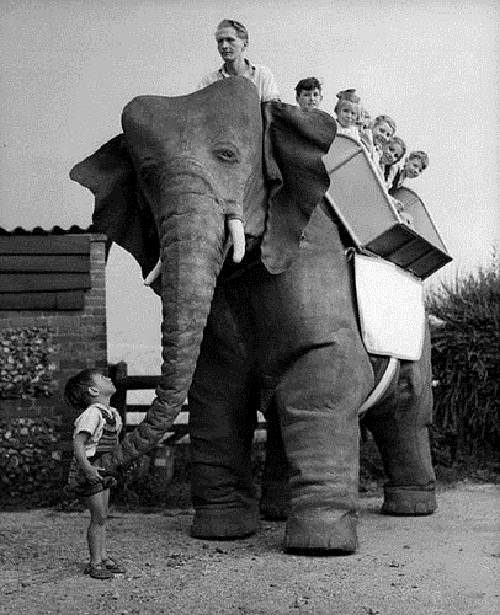 The elephant, though mechanic, gave such joy to children 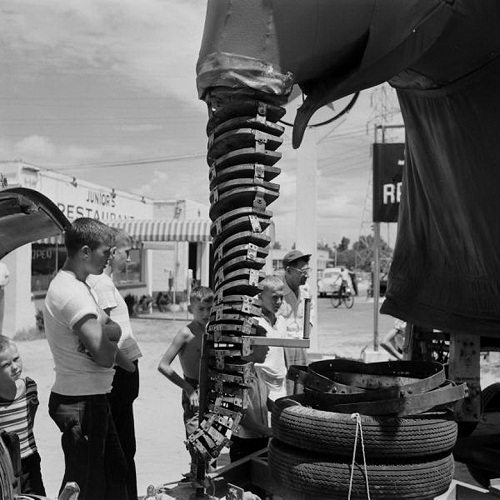 Looking at the trunk. Nellie 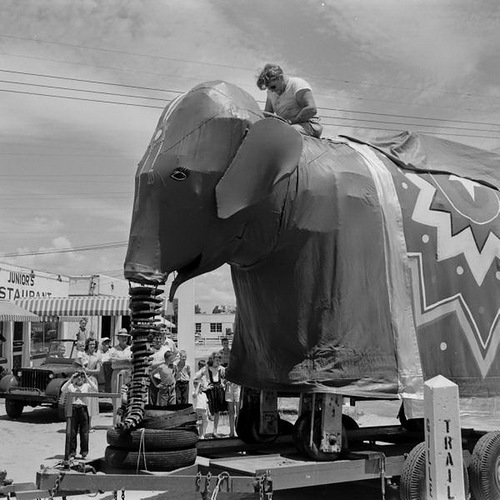 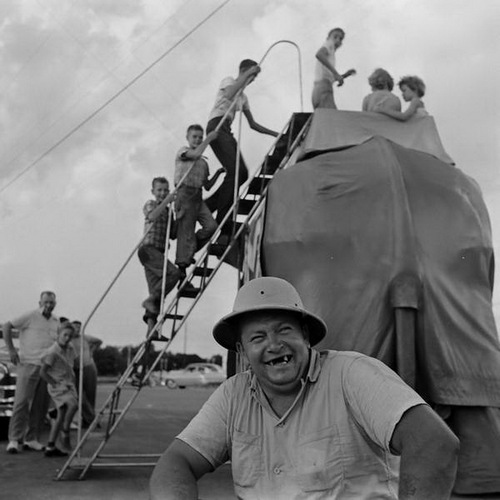 Interestingly, Nellie later successfully toured to different countries, had several owners, and continues to be operated to the present day 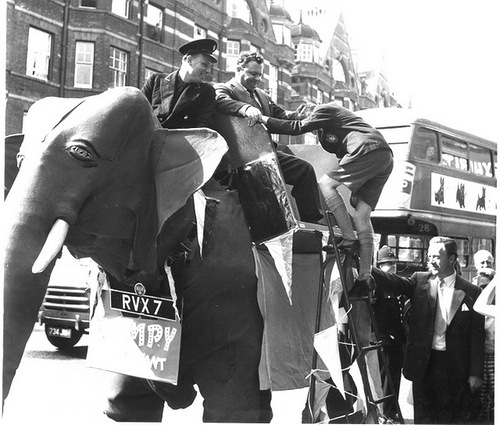 To the great joy of viewers, including adults, Nellie toured to different countries 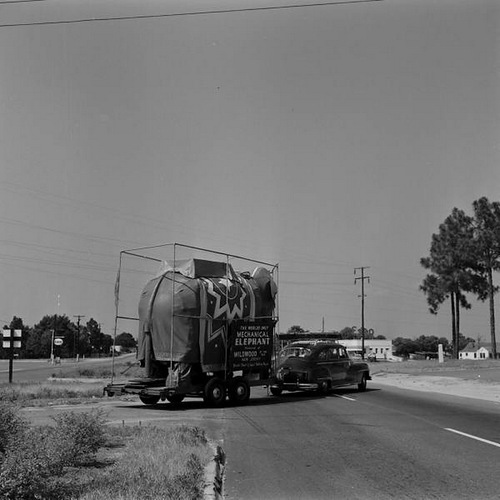 Sadly, due to poor financial management the elephant building business was not a success and went broke later in the 1950s. 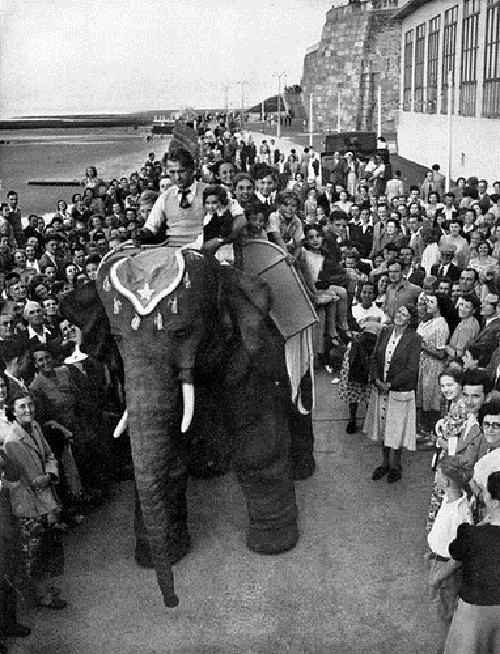 The crowd of people gathered to see the invention. Indeed, the elephant was a great success 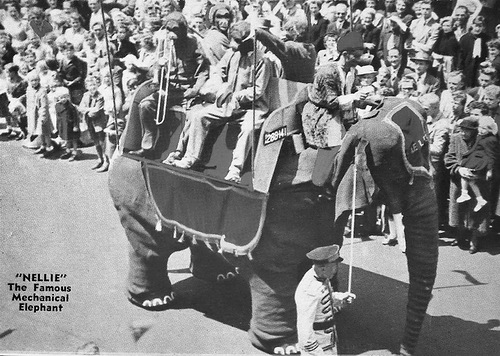