The world of chess by Grigory Pashkov 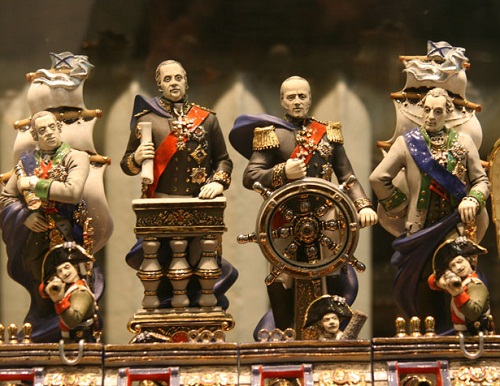 Historical figures in the world of chess by Grigory Pashkov

The world of chess by Grigory Pashkov
Such a bright, luxurious chess set – just breathtaking! The main theme for the talented chess maker Grigory Pashkov is historical – military events, marine battles, Russo-Turkish war, defense of Sevastopol. The figures height up to 25 centimeters, variety of colors, and an abundance of small parts. Each of them is absolutely solid, made from porcelain, precious metals and colored glazes. Each figurine passes ten stages of processing: shaping of clay, dividing into details, details are in ceramics, incorporate, then solid, seven stages of heating the figurine, and only then the sculptor begins serigraph. Total production of each figure takes almost a month, the complete chess set – a couple of years.

Made from porcelain, precious metals and colored glazes chess by Grigory Pashkov

“I try to invest in chess not only all physical strength and all my time, but I put the soul into it. Work consumes you entirely” 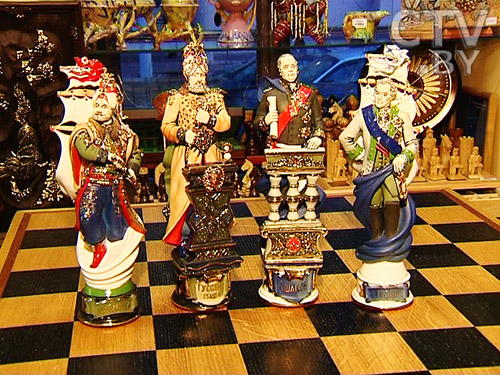 Look how bright the Turkish troops are at first look! Their uniforms are full of gold-painted awards. The Russian army is of course more modest in terms of luxury, but their uniforms are also great, and we see many awards for bravery. Admiral Ushakov is calm and confident.

Sevastopol. This is also set on the military theme. The collection is dedicated to one of the bloodiest battles of the nineteenth century (from two sides, more than 150 thousand soldiers were killed). Here besides the phenomenal similarities of figures with generals, battle role-players, each of pawns them a separate image, the finished piece. The opposing Coalition army half figures dressed in French uniforms, the second in British.

On the side of the Russian army is self-confidence. Here we see the main heroes protecting Sevastopol – Admiral Nakhimov, and here’s a fearless sailor Koshka, and here’s a genius engineer Eduard Totleben. The French are also led by General Aimable Pelissie more idle and carefree, but no less formidable in their intentions, like their British allies. In this work the attentive viewer will be able to examine the details of the battle of Balaklava and Inkerman. Much time and effort it took to make the absolute copies of uniforms from both sides with all badges and awards.

The world of chess by Grigory Pashkov 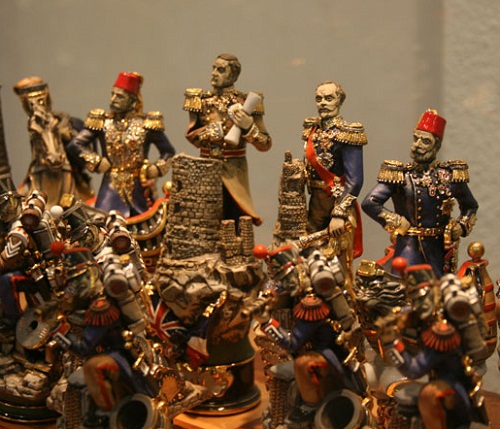 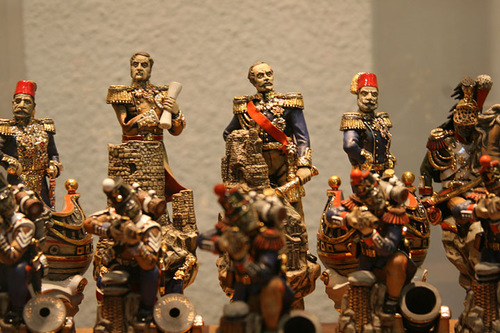 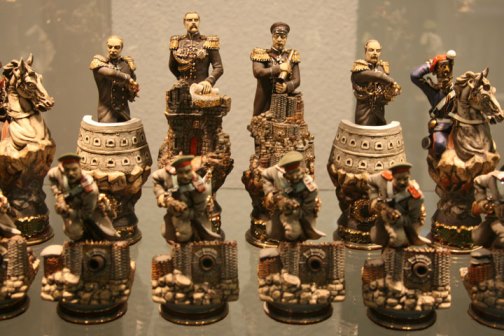 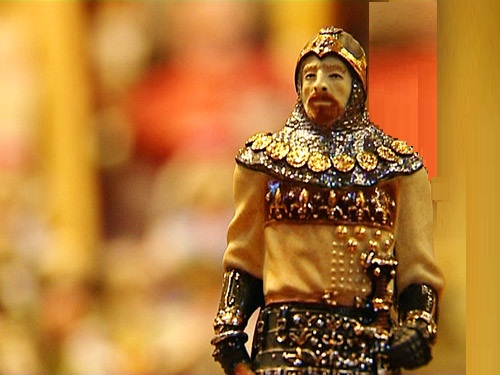 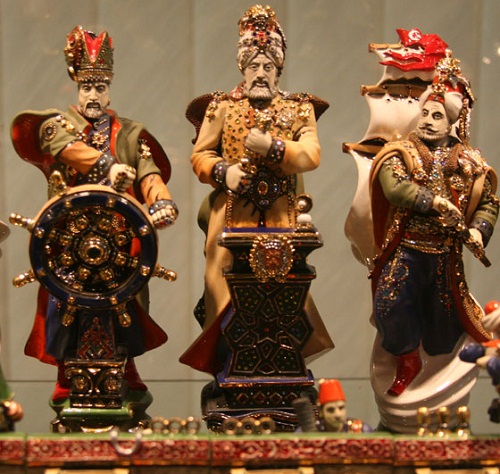 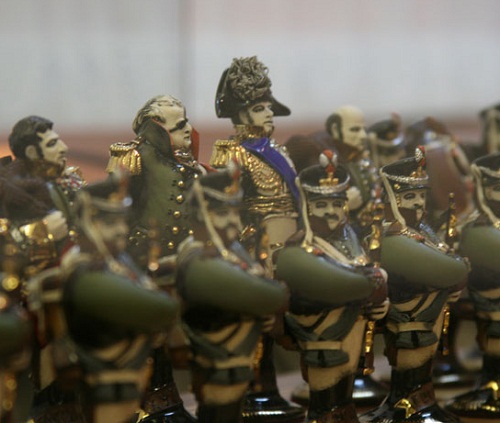 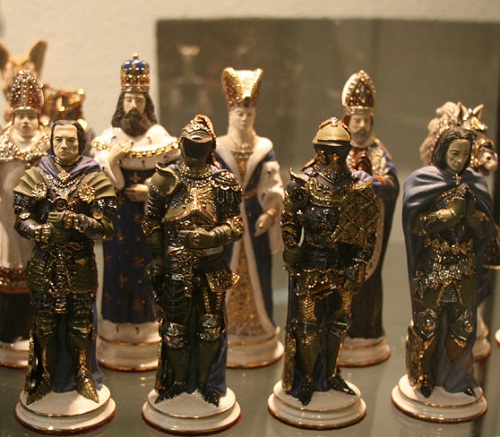 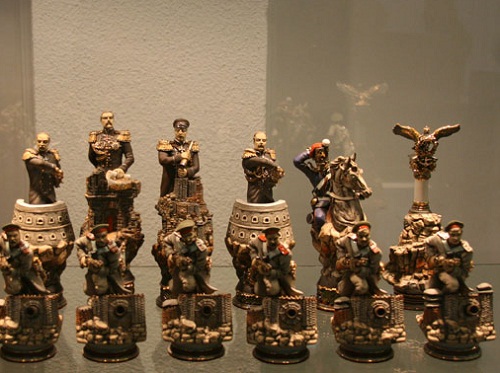 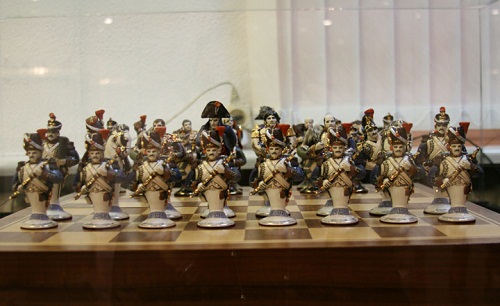 Soldiers of Great Patriotic war of 1812 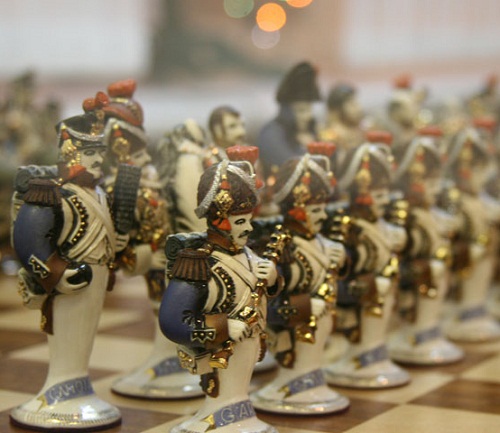 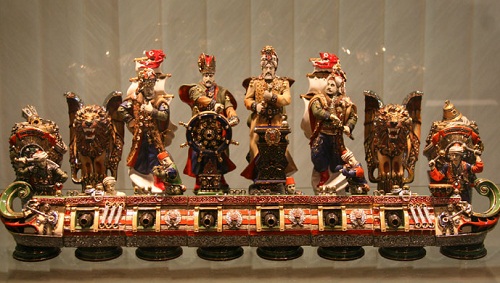 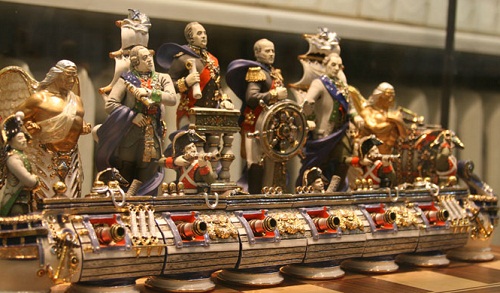 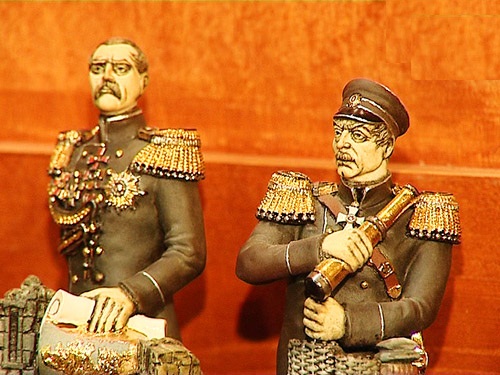 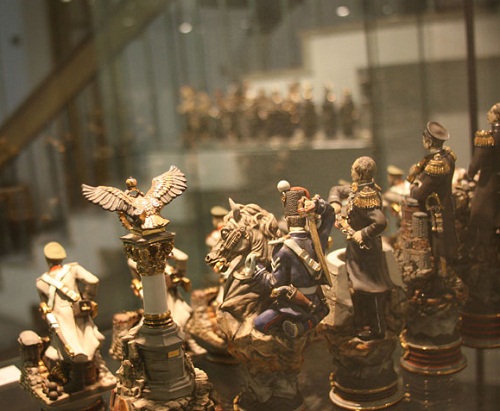 All figures as if in movement 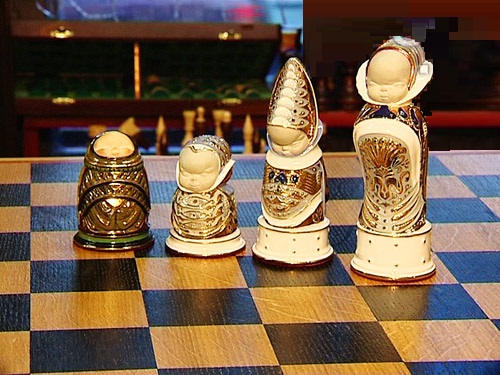 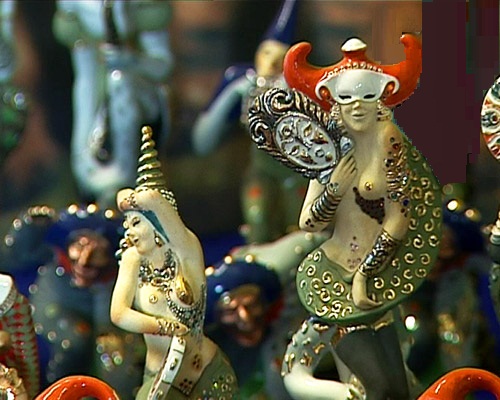 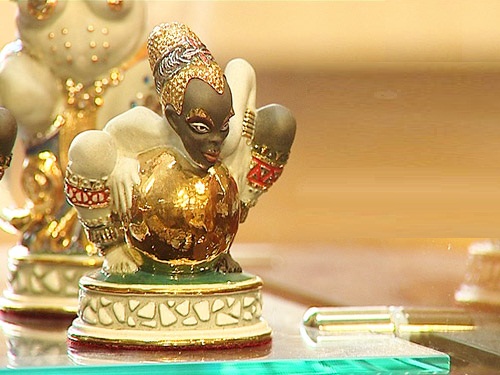 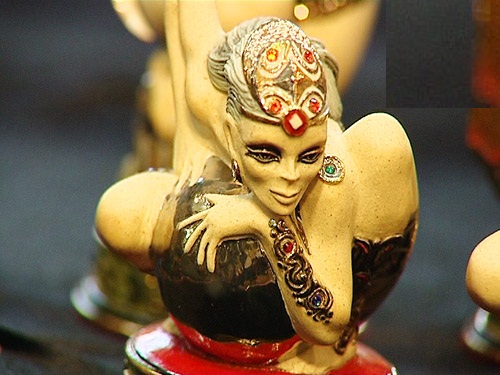 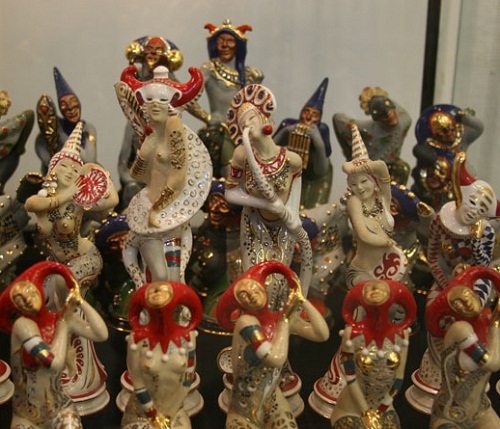 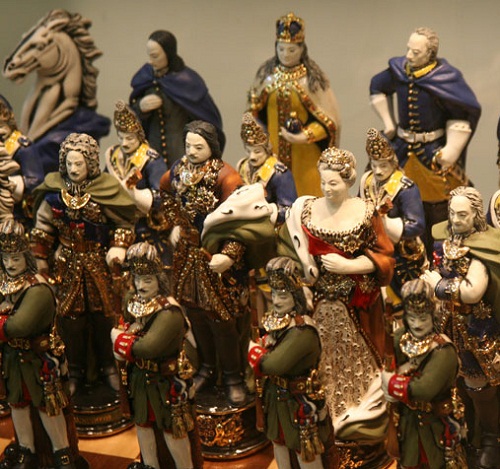 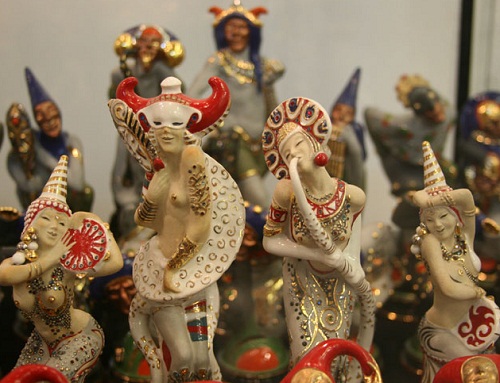 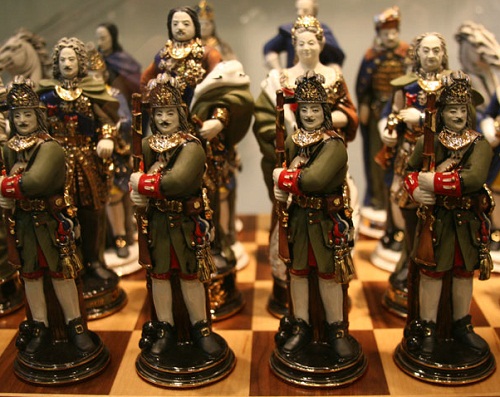 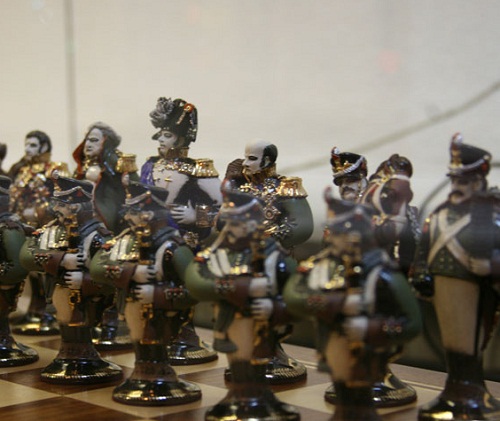 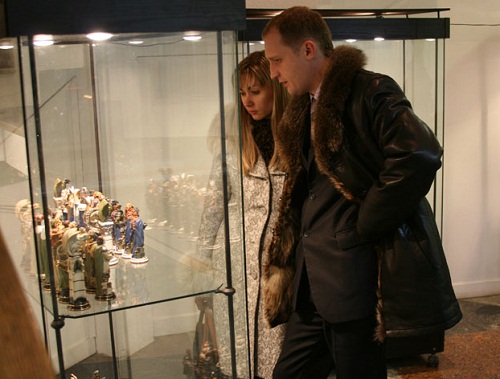 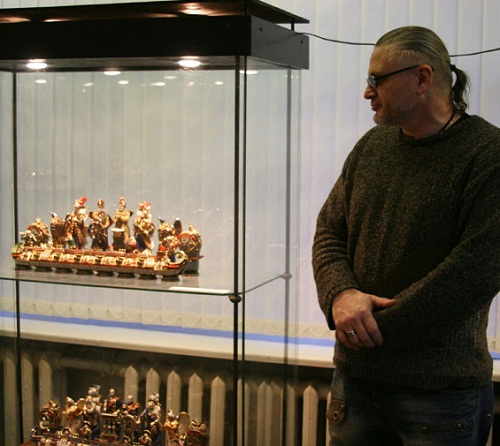 The artist next to his work