Museum of sin in Tambov 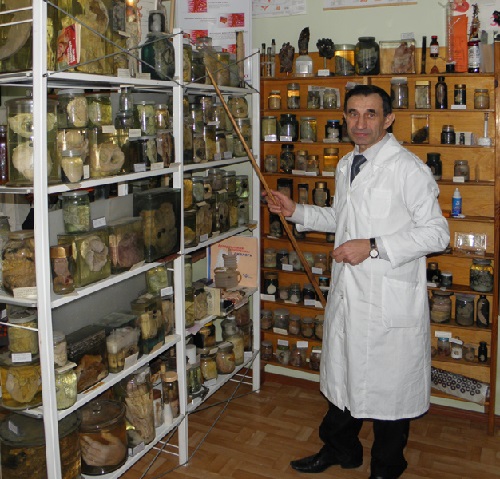 Museum of sin in Tambov
The director and founder of the museum, Yuri Shchukin, who has worked at the morgue for 35 years, constantly faced various pathologies. Gradually, the collection included about 700 agents, and each of which has some sinful history. First, the museum was in the morgue, but later moved to one of the buildings of Tambov State University. Today, its walls actively promote a healthy lifestyle. According to Shchukin, he tells to the visitors how not to behave not to harm health. The consequences of drinking, smoking, and taking drugs are horrible. Here are freaks with defects in the limbs, trunk, head, and severed hands, feet, and genitals defects. Indeed, it is better to see once than to hear unsubstantiated horror stories about bad habits. 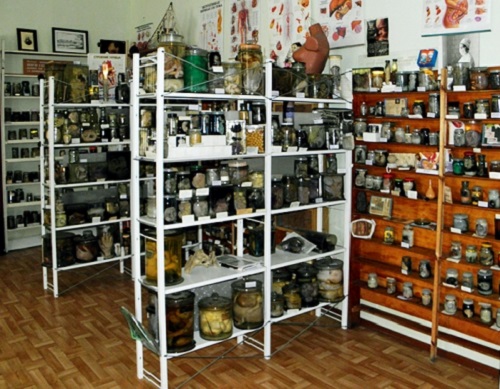 Unique Museum of sin in Tambov

Yury Shchukin, 58, a pathologist in Tambov, has spent 30 years accumulating a unique collection of body parts and organs of people who were ruined by their passions as a vivid illustration of human vices. ‘Every individual is responsible for his or her actions, and my collection is a vivid proof of it’, the doctor believes.

At the entrance to the depository, which contains over 300 exhibits, there is an inscription proclaiming in Latin, ‘This is a place where the dead teach the living’. Among the exhibits is an amputated hip of a young man tattooing the Mother of God. He did the tattoo ‘to attract women’s attention’. Some time later gangrene set in and the hip had to be amputated. 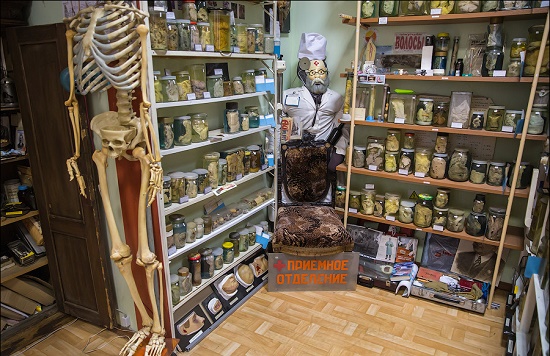 Another exhibit is a torn-away third finger of an unlucky lover. As is the classic case, escaping from the suddenly arriving husband by jumping from the balcony, he had his wedding ring caught on the rails. The medics failed to sew it back.

There is also an amazing horn which grew on the skull of a man who committed a burglary. The owner of the apartment hit the burglar on the back of his head with a stick. Some time later a real horn grew on the place of the injury – a seven centimeter-long outgrowth of connective tissue saturated with keratin.

But the most dreadful displays in this ‘museum of sin’ are unviable human embryos born of alcoholic and drug-addicted mothers. They are babies with two heads and eyes instead of ears.

Museum of sin in Tambov

Unfortunately, I can not publish some photos of the museum exhibits, just not everyone can watch them. 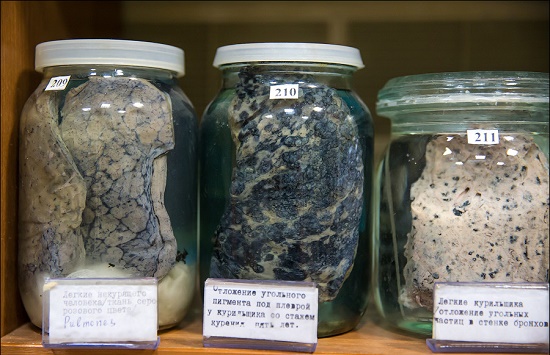 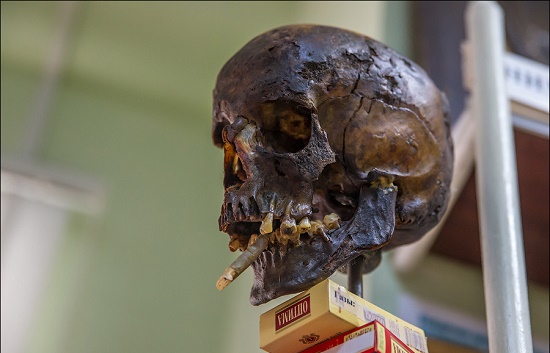