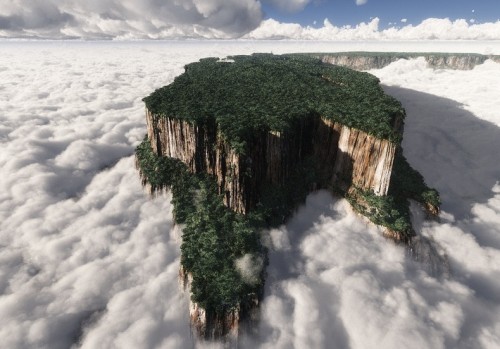 The Lost World exists in reality
Tepuis is flat mesas on the Guiana Highlands in South America, particularly in Venezuela. The language of the Pemon people who live in the Gran Sabana, the word tepuis means “House of the Gods” – because they are very high. Tepuis are separate mountains, so they can find a great variety of endemic species of plants and animals, some of which are found only here, in tepuis. 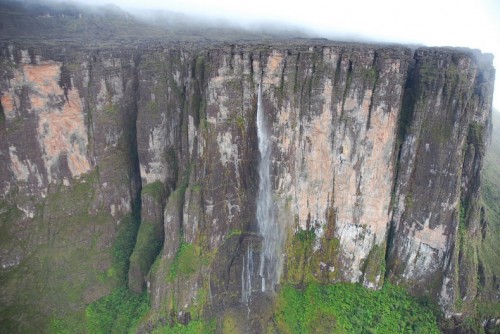 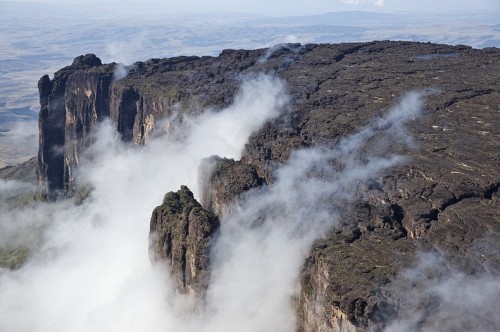 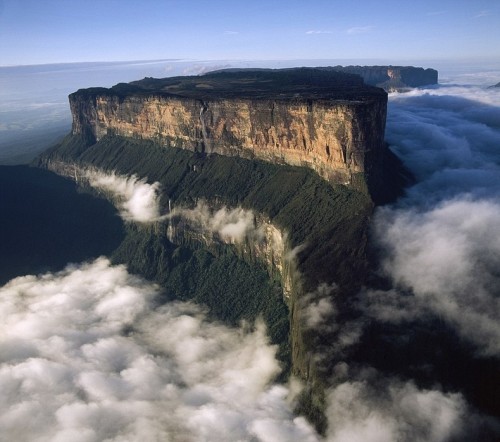 Although the tepuis seem deserted, their tops are full of life

Tepuis — the remains of a large sandstone plateau that once covered the granite layer between the northern boundary of the Amazon and Orinoco, between the Atlantic Ocean and the Rio Negro, during the Precambrian period. 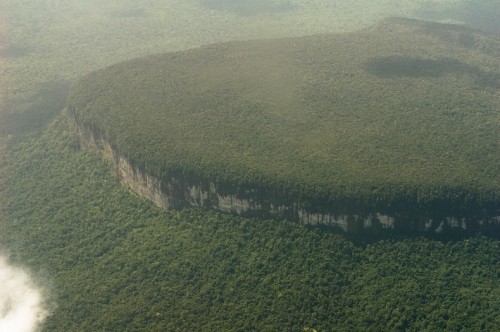 Another famous tepuis — Auyantepui with the Angel Falls — the tallest waterfall in the world. 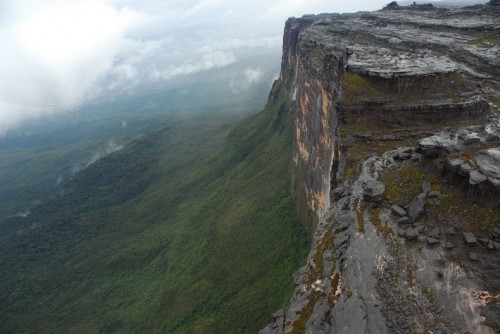 Around 9400 species of tall plants were reported in Venezuela, Guyana, of which 2,322 registered on tepuis. 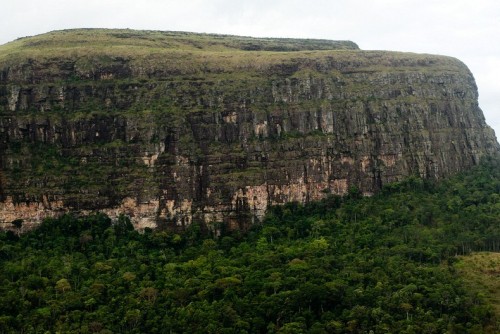 At the top it is often cooler, more rainy, and the bottom of the mountain is tropical, warm and the climate is humid. 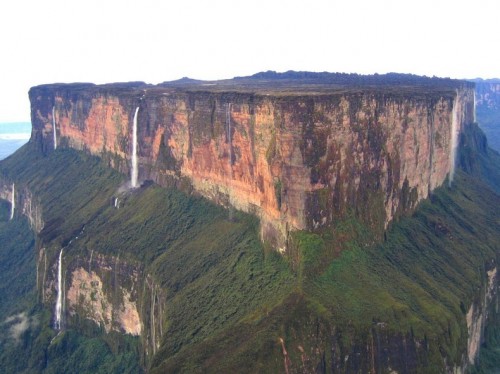 Because of the high altitude, climate of the tepuis is different from what prevails at the bottom. 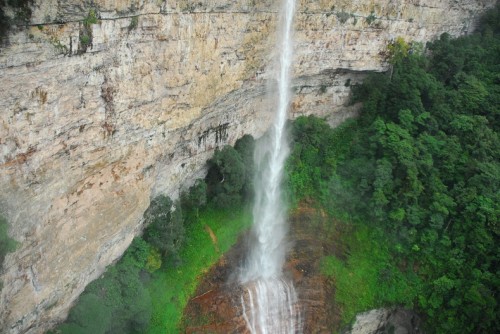 In the Gran Sabana area there are 115 such mesas. They are located in the south-east of Venezuela, where there is the highest density of tepuis. 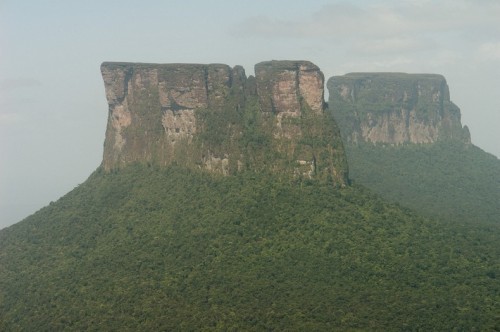 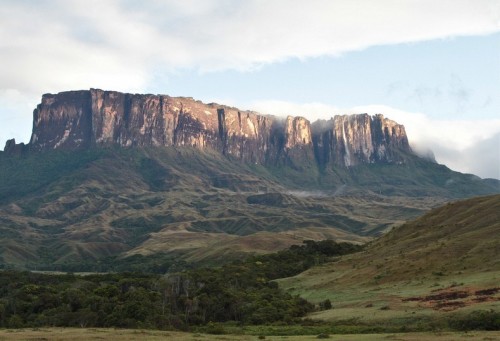 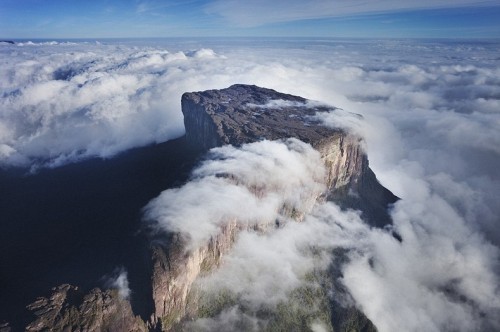 Only to three Gran Sabana mountains one can reach on foot, and among them — Mount Roraima of 2180 m height. 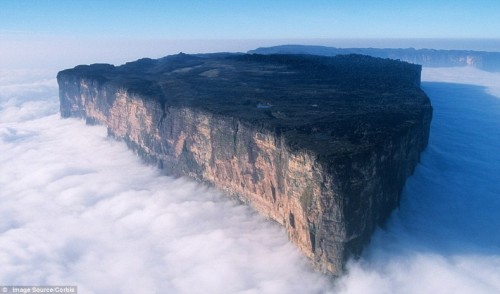 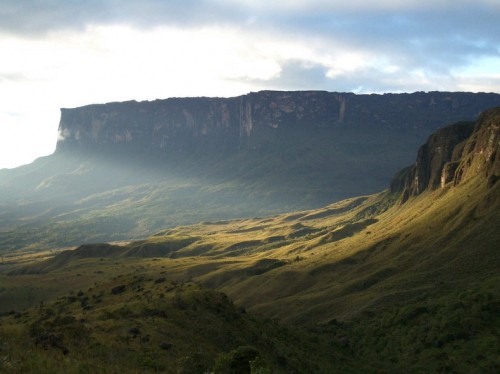 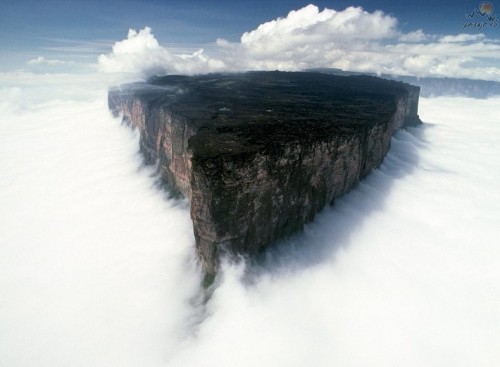 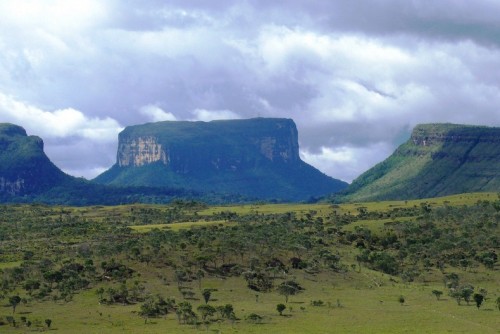 The most famous among them — Mount Roraima 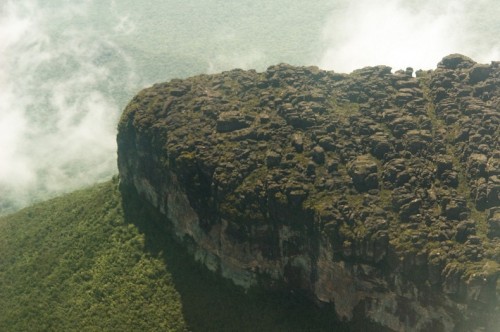 There are small waterfalls, natural pools with quartz and Triangle Punto — the point at which borders Venezuela, Brazil and Guyana 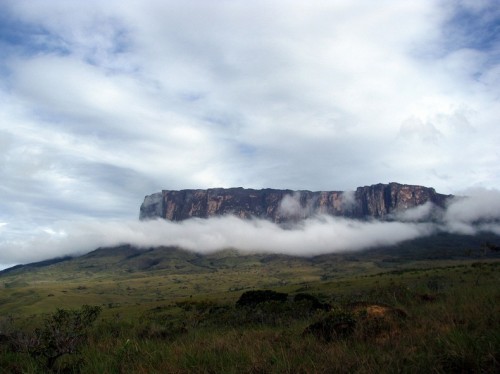 Today it is a popular destination for tourists.