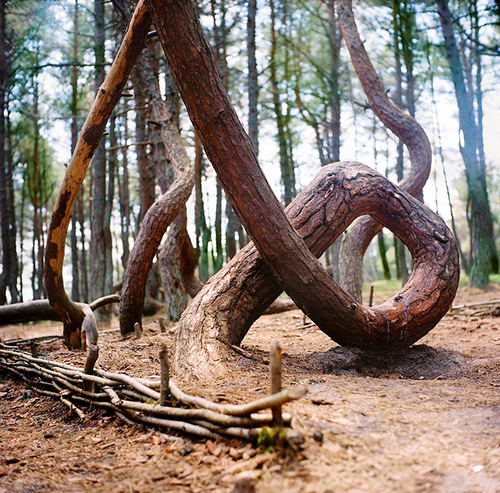 Phenomenon of Dancing wood
Called “Dancing woods”, a truly unique place is in Kaliningrad region, Russia, in the national park Curonian. To understand the phenomenon of twisted trees anomaly, many scientists have tried different hypothesis. In particular, environmental factors, genetic factors, exposure to viruses or pests, and even a special cosmic energy of the place. Undoubtedly, the place is far from being normal. For example, if you come in to a few meters, you feel something is wrong, as if it’s the world of spirits, the place has a strong energy. However, the staff of the national park do not believe in supernatural. Instead, they see the answer in the geomagnetic field. Also, a similar place called “Troll Forest” is in Denmark, and it is also on the Baltic coast. In fact, no one has fully explained the nature of this phenomenon. 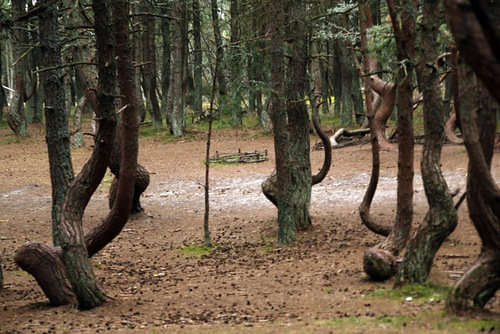 The reasons for the abnormal structure of trees are still uncertain. Among the versions – the effect of the wind, damage from insects, “turbulent energy circle”, etc. Phenomenon of Dancing wood

Pine trees in the forest are bent in weird “poses” as if in a dance. Trunks of trees are shaped ring. Believed that if people get through a ring, make a wish, it will come true. Another legend has it that the place is the boundary of the positive and negative energy. And if you crawl through the ring from the right side, the life will be extended for one year.

According to a legend, in these places hunted Prussian prince Barty. In pursuit of deer, he heard a beautiful melody. Going toward the sound, the prince saw a young girl playing the lyre. The girl was a Christian, and her name was Predislava. The prince asked her to marry him, but she said that she will only marry a person of her faith. Barty agreed to convert to Christianity, if a girl could prove the power of her invisible God, if it was stronger than trees around. Predislava began to play, the birds were silent, and the trees began to dance. The prince took the bracelet off his hand and gave it to his bride.

In fact, this part of the forest was planted in 1961. Anomalies have been discovered only recently. Since 2009, access to the Dancing forest is open – but the trees are now protected by fences. 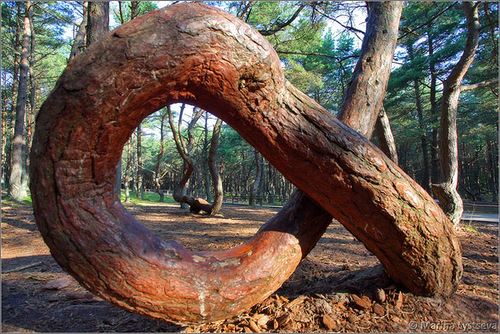 One of the trees of the Dancing forest 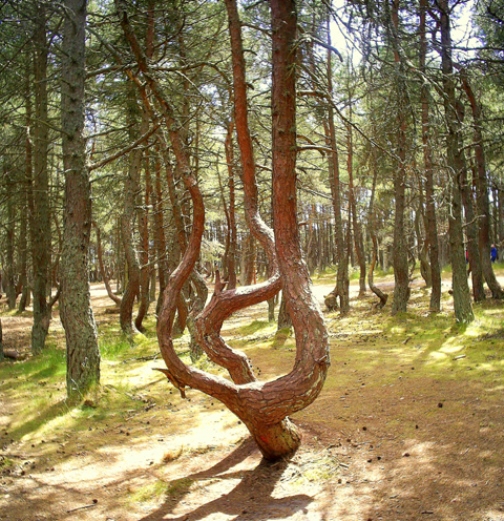 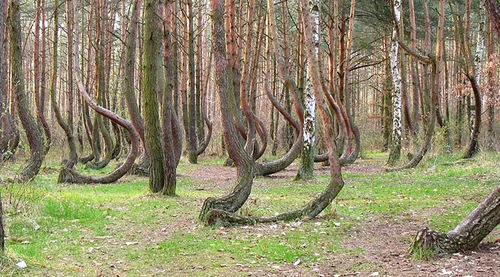 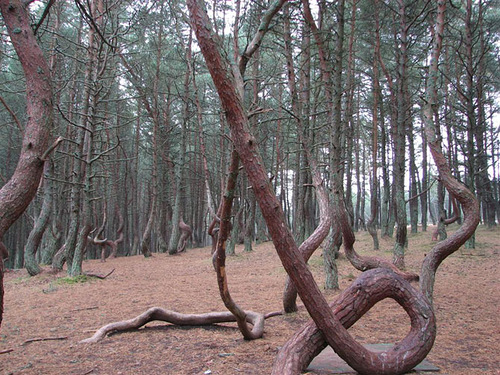 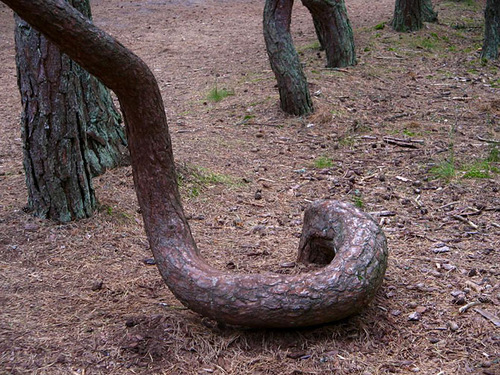 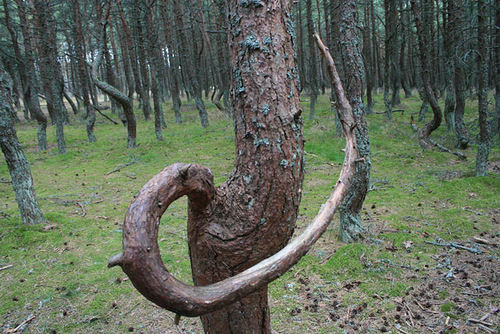 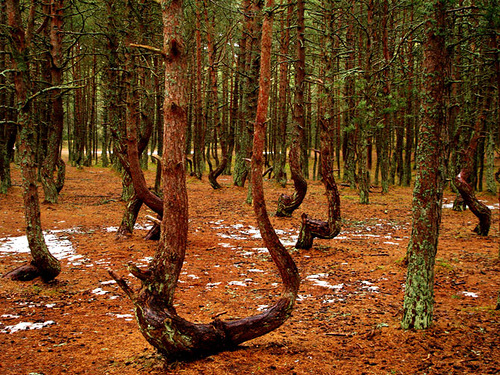 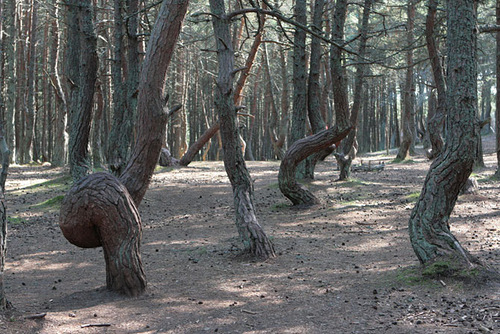 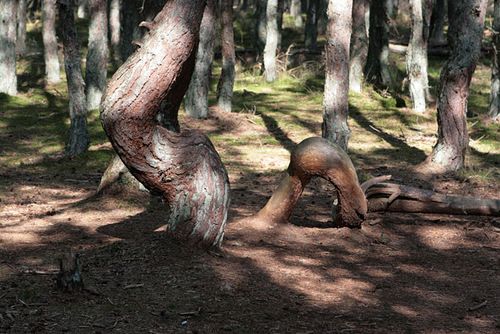 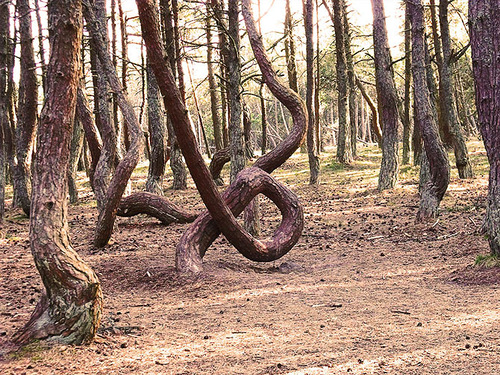 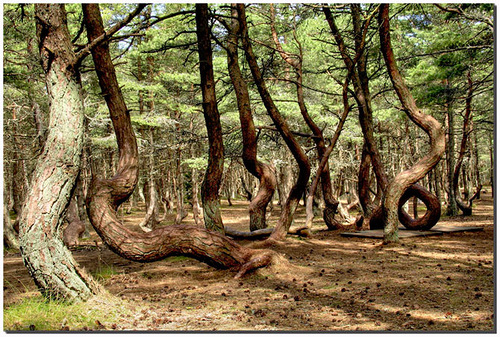 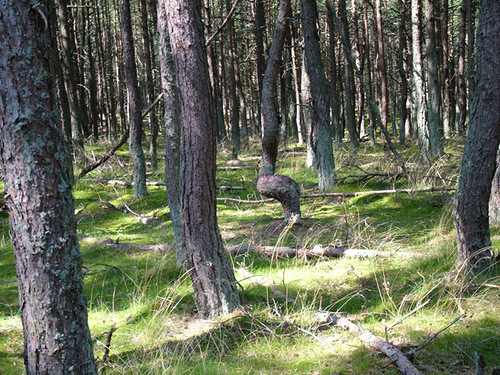 The place has a strong energy 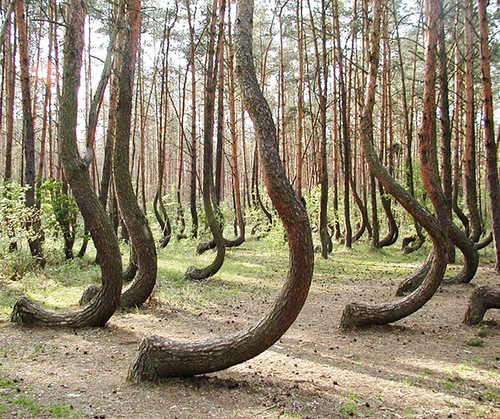 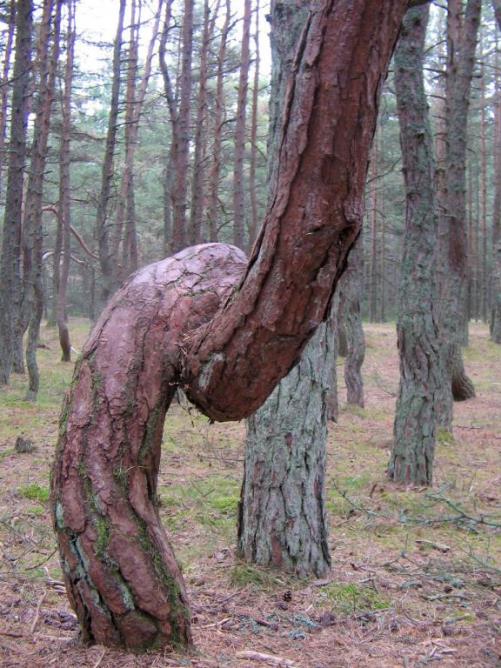