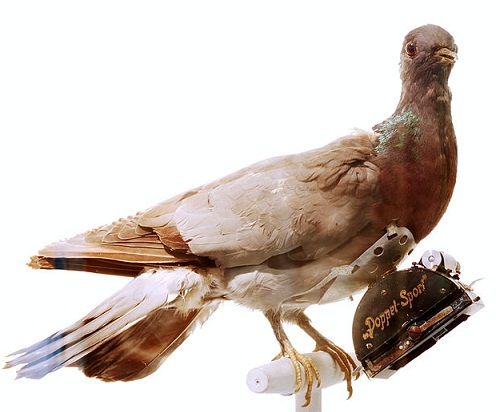 In 1903, German apothecary Julius Neubronner decided on an unprecedented experiment – to combine dove and camera. The innovator equipped birds with automatic cameras. Reducing the size of the camera, Julius places them at the pigeon breast. Despite the extremely lightweight design, the birds could not fly at an altitude of 100 meters. Five years later the inventor Neubronner patented his “Method and means for photographing landscapes from above.” He achieved recognition in 1909 at the International exhibition in Dresden. Visitors could experience firsthand how Cyborg pigeons flew with cameras on their chests, the negatives at once manifested, printed and then sold. 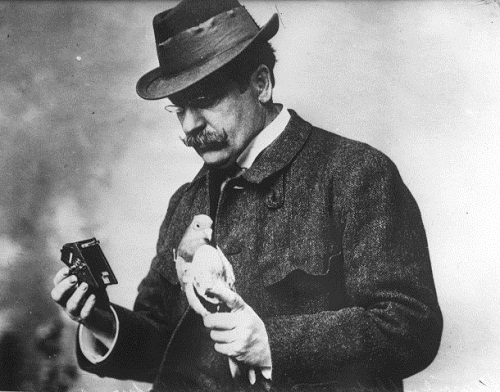 Julius Neubronner with a dove and a camera (1914) 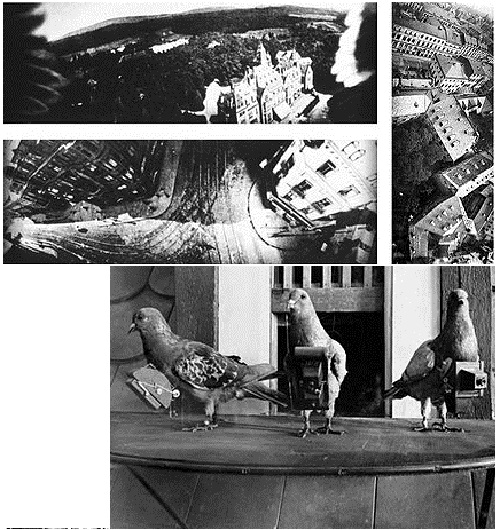 Initially, the military potential of pigeon photography for aerial reconnaissance appeared attractive. Battlefield tests in the First World War provided encouraging results, but the ancillary technology of mobile dovecotes for messenger pigeons had the greatest impact. Owing to the rapid perfection of aviation during the war, military interest in pigeon photography faded and Neubronner abandoned his experiments. The idea was briefly resurrected in the 1930s by a Swiss clock maker, and reportedly also by the German and French military. Although war pigeons were deployed extensively during the Second World War, it is unclear to what extent, if any, birds were involved in aerial reconnaissance. The United States Central Intelligence Agency (CIA) later developed a battery-powered camera designed for espionage pigeon photography; details of its use remain classified. 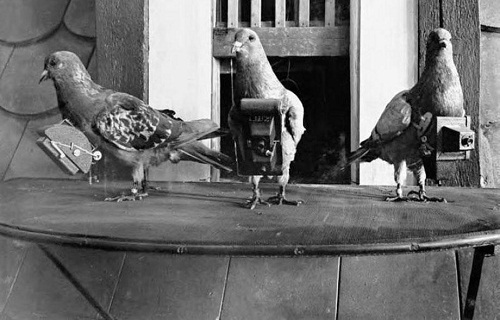 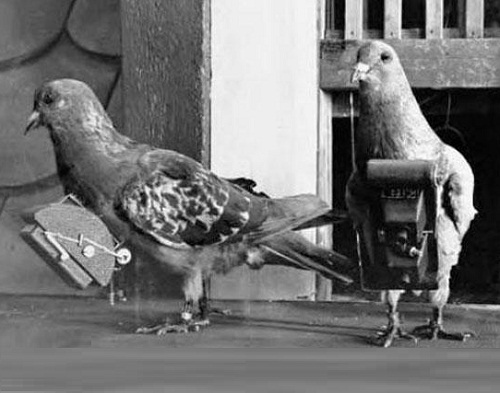 A couple of pigeons with cameras 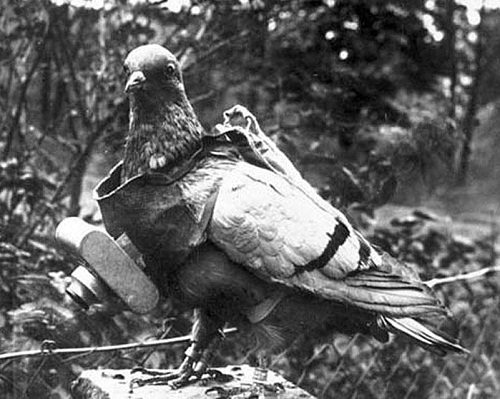 Black and white photo of a pigeon with a camera 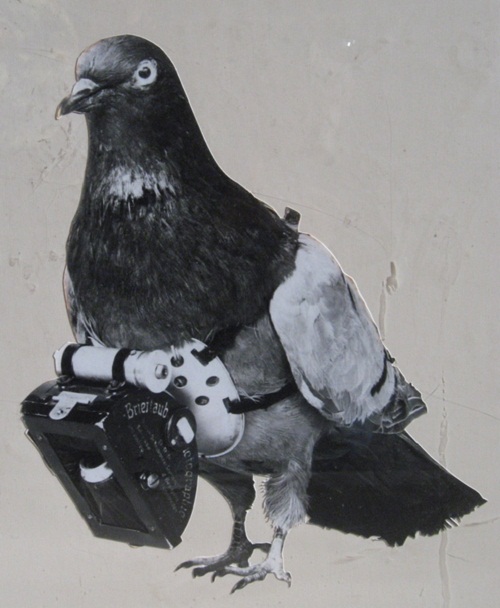 A Pigeon equipped with a camera 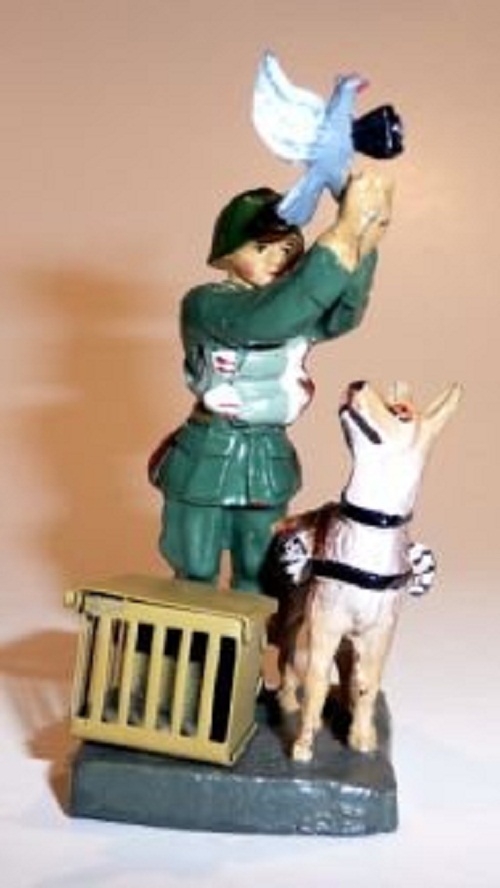