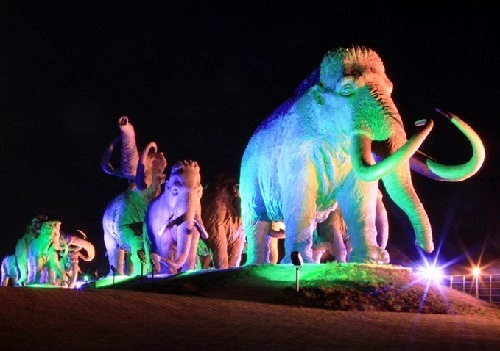 Khanty-Mansiysk Archeopark Prehistoric mammoths
Where today you can see the mammoths? In the picture, the museum, on the TV. But it is better to go to the capital of Yugra – Khanty-Mansiysk, Russia, where the open-air Archeopark is located. Russian Archeopark is similar to the “Jurassic Park” and could be called “Quaternary” or “Anthropogenic park.” This unique natural and historical complex was opened in 2007 in honor of the 425th anniversary of the Khanty-Manskiysk. The place of the arrangement is not accidental. Archeopark is located at the foot of the so-called Samarovsky outlier, which is a hill of naked ancient rock minerals. 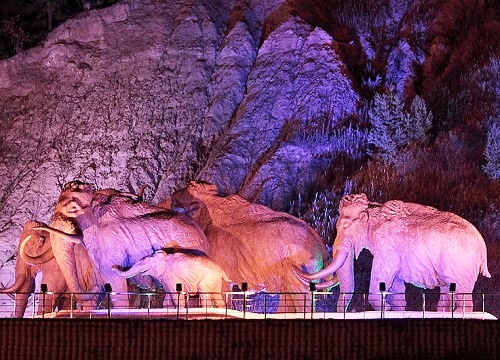 Samarovsky outlier is a unique facility for a variety of reasons. First, in the vicinity of preserved natural area of ​​northern taiga with its unique landscapes. Secondly, this small hill is a real celebrity in the world of science. For over a hundred years outlier was studied by geologists all over the world, and its origin is still a matter of controversy. For example, proponents of the theory of continental glaciation, believe that the territory up to the Khanty-Mansiysk was repeatedly covered with an icy “shell”, the existence of Samarovsky “xenoliths” was one of the bases of the boundary of the glacier here.

Third, it is interesting from a historical point of view. At the top of the hill is Samarov town – according to legend, it was the residence of Prince Ostyak Samara, whose name gave the name of this place. However, the first humans were here long before, as evidenced by numerous archaeological finds made in the floodplain of the River Irtysh. They also confirm that near the sites of primitive men once roamed these mammoths.

In memory of this neighborhood area Archeopark today is adorned with the bronze sculptures of ancient animals. The composition “Mammoths” is very original: Giants look like they have just come out of the woods and strode at the foot of the hill. The composition includes seven sculptures – this family is headed by a huge mammoth mother growth of 8 meters and a weight of 70 tons. The smallest member of the procession – mammoth growth of 3 meters. At night, the sculpture clearly visible thanks to a special highlight.

Mammoths – only part of the Archeopark exhibition. Apart from these, you can see prehistoric bison, wolf pack, cave bear, woolly rhinos and two primitive people. All of the sculptures were created in collaboration with scientists, paleontologists, who made sure that the ancient inhabitants of these places seemed to be accurate. Archeopark creators managed to bring to life a unique idea: to tell time on the geological, biological, and human history of the area and to show the continuity of their interaction. Today Archeopark has become one of the major tourist attractions of the Khanty-Mansiysk and a favorite vacation spot for city dwellers. 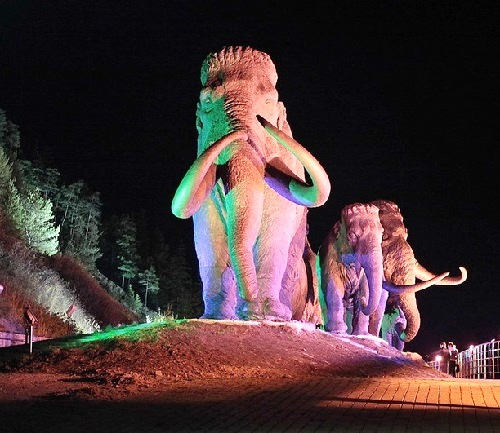 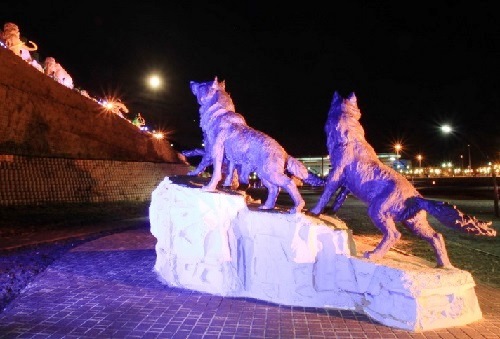 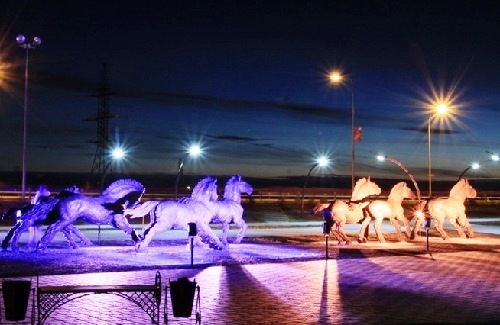 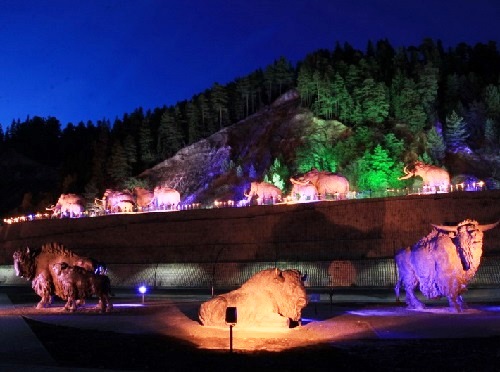 The view at night 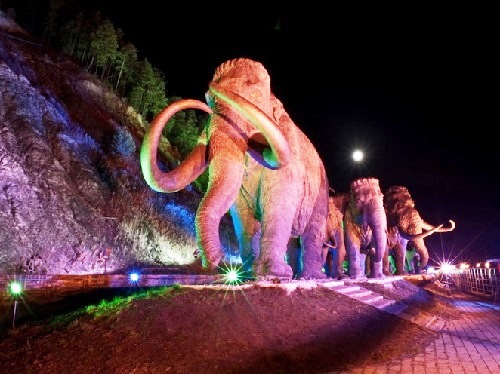 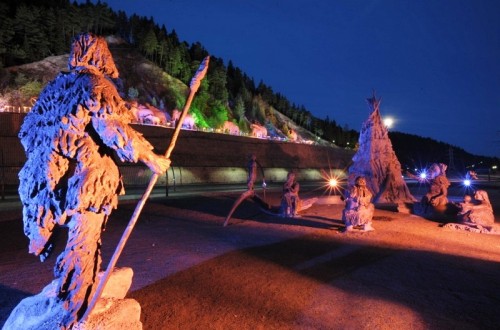 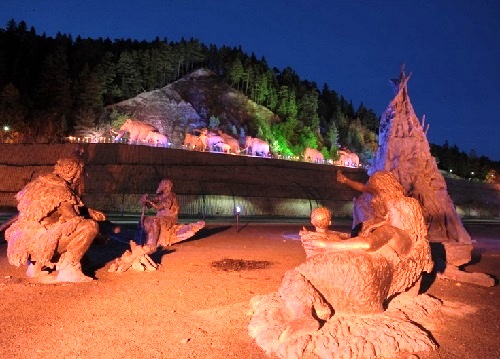 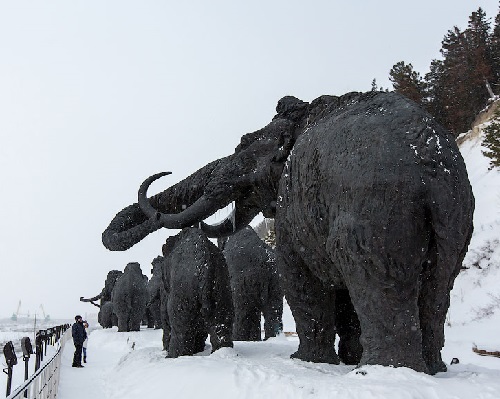 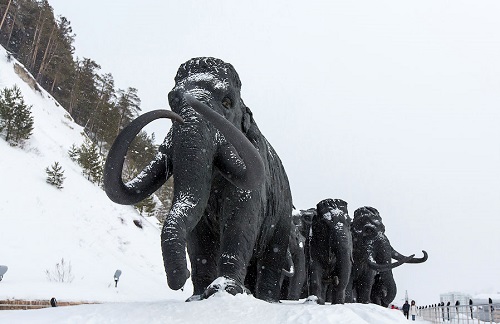