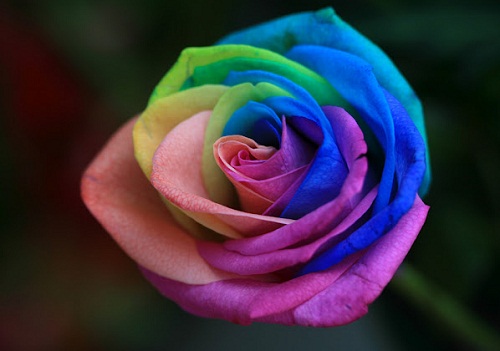 Peter van de Werken’s Rainbow roses
Ideal in their beauty, roses still make humans do their best in improving the perfection. In fact, the original Rainbow Rose has the 7 colors of the rainbow and this is the most popular rose in this category. Other color combinations are also possible, though black and white are impossible to make.
In 2005 the Dutch grower Peter van de Werken succeeded in using this complicated process with a special color combination, using a rose, in a way that the outcome showed as a Rainbow Rose. And the result, presented as Breaking News, became a worl sensation. Since then Peter van de Werken became well known as the inventor of the Rainbow Rose. 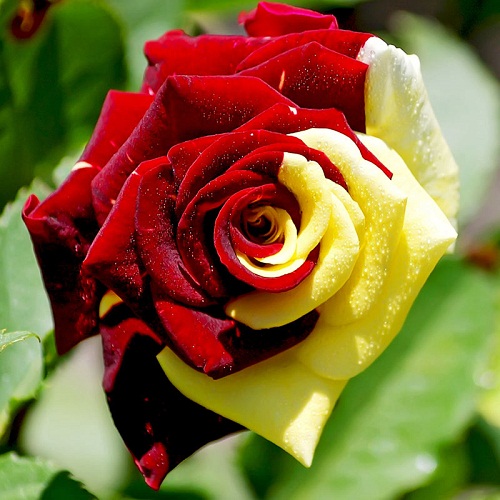 Rainbow flower is a real flower, which in the process of growth is placed in a special solution with color additives. The stalk feeds bud with this moisture, and growing petals became painted in unusual palette. In addition to roses, other cut flowers, like the chrysanthemum, carnation, hydrangea and some species of orchids, using the same method can also obtain rainbow colors.

According to his biography, Peter van de Werken studied biology, physics, and chemistry. He studied in the Agricultural College in Den Bosch, from which he graduated in 1992. Since 1993, he has lived and worked in a picturesque village in Delwijnen, Netherlands, where he experiments with flowers. Peter van de Werken says how wonderful it is to see the Rainbow Rose making its way around the world. “I’m touched by the fact that the Rainbow Rose means a lot to many people and has added something to their lives. Remarkable stories, remarkable events, emotional situations”. 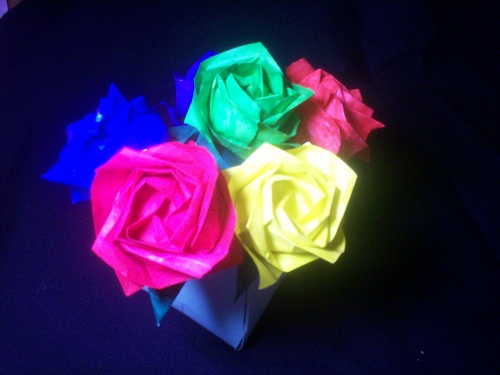 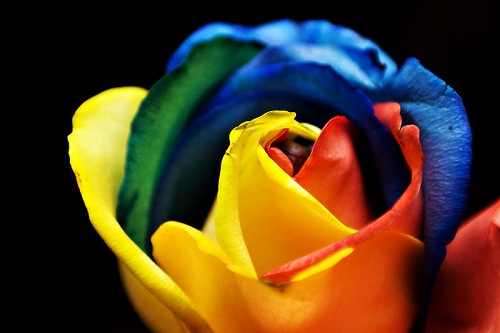 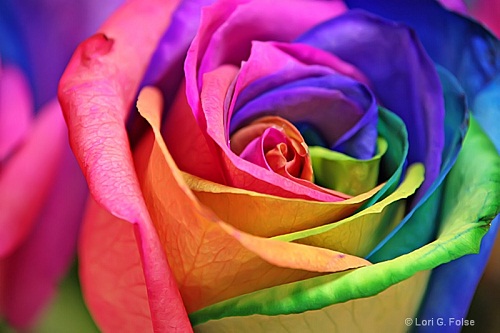 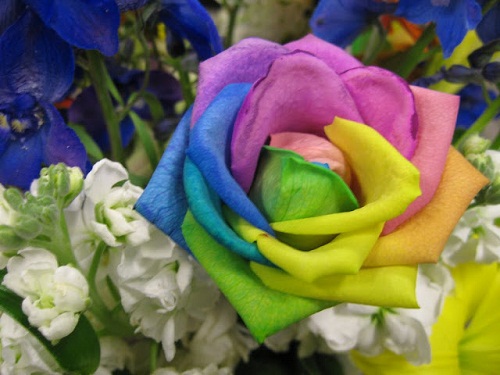 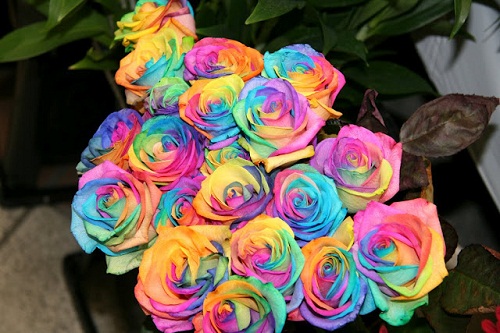 A bouquet of Rainbow roses by Dutch grower 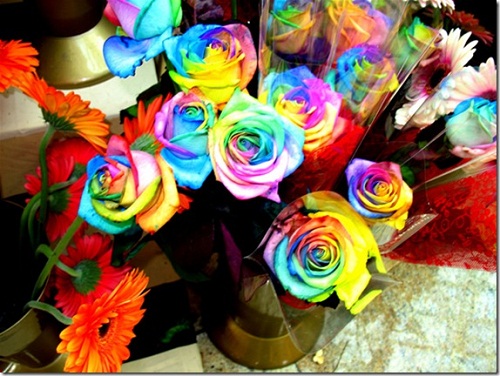 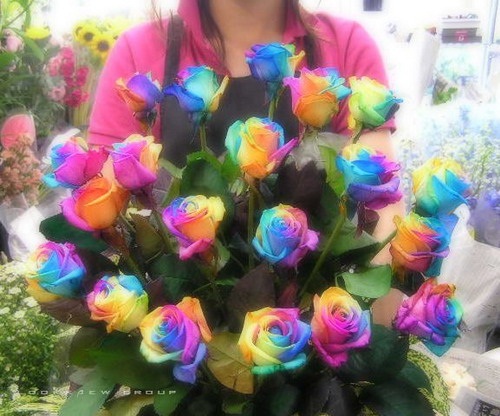 Peter van de Werken, the inventor of a rainbow rose 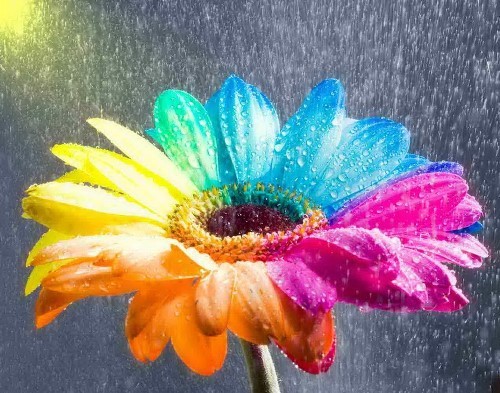 However, not only roses can be rainbow 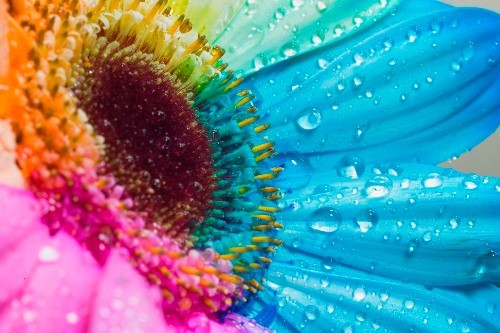 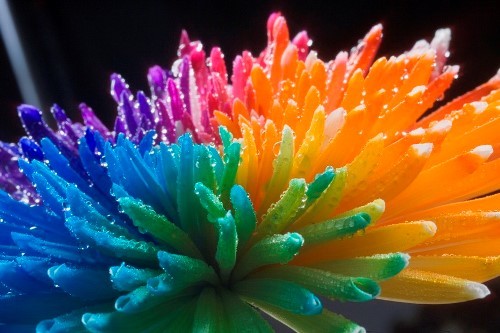 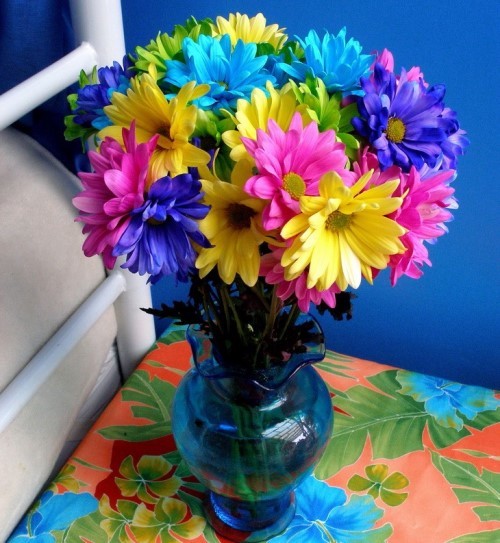 A bouquet of Rainbow flowers 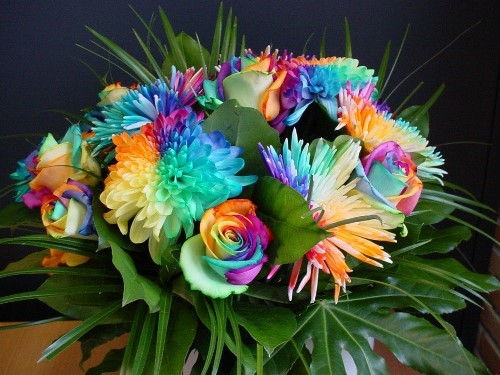 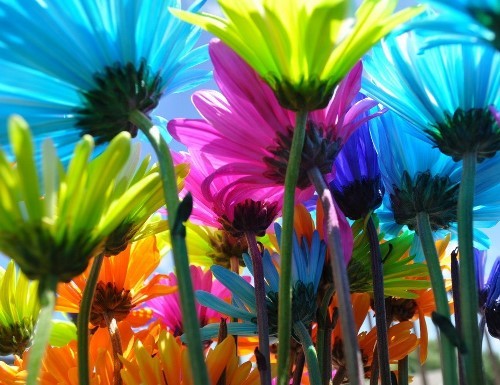 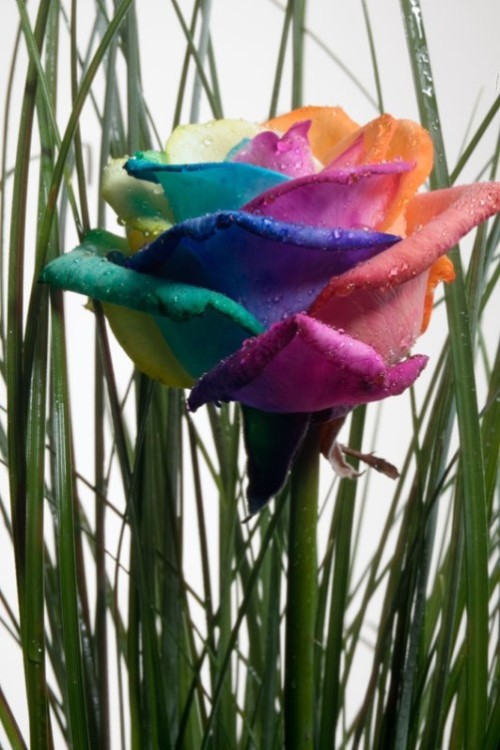