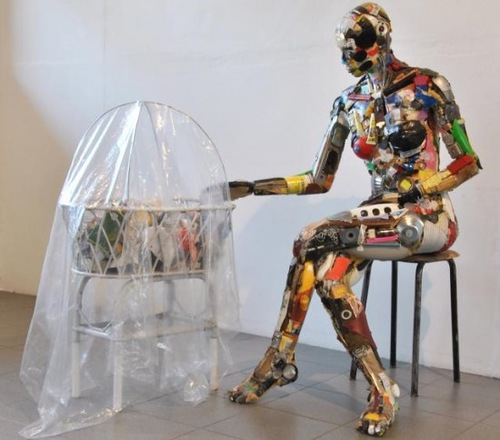 Woman with a cradle for a baby. Recycled Toy Sculptures by Robert Bradford, British artist

Recycled Toy Sculptures by Robert Bradford
British artist Robert Bradford creates his life-size sculptures of humans and animals from discarded plastic items, mainly toys. Also, in his gallery – other colorful plastic bits and pieces, such as combs and buttons, brushes and parts of clothes pegs. Noteworthy, some of the sculptures contain pieces from up to 3,000 toys and sell for US$19,000.
According to Bradford, ideas come from a wide variety of sources. Among them – psycho-therapeutic concepts (the artist practiced as a therapist for several years); the culture and climate of the time; physical experiments with matter and things – everything from fire to paint to objects to past and present aesthetics and styles. People and other species, synthetic and natural worlds. All materials are potential sculpture, they are dealt with in a non-hierarchical way. 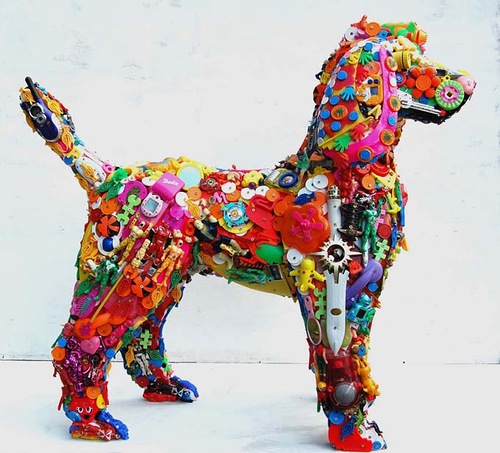 Robert was resident in Cornwall for seven years. However, he moved to France in April 2011. Bradford has exhibited his artwork, and his works are in public and private collections in Europe America and the Emirates. Robert’s work tends to follow groups of ideas in series’ in both 2D and 3D. Much of Robert’s work can be treated either as single pieces or can be grouped together to form larger 2D or 3D progressions / installations. 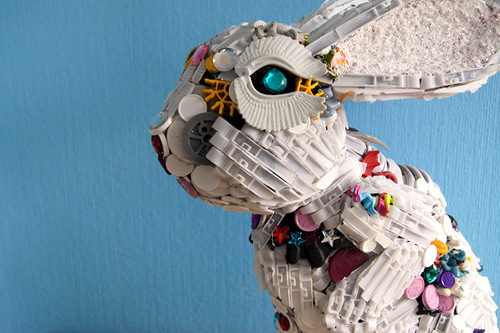 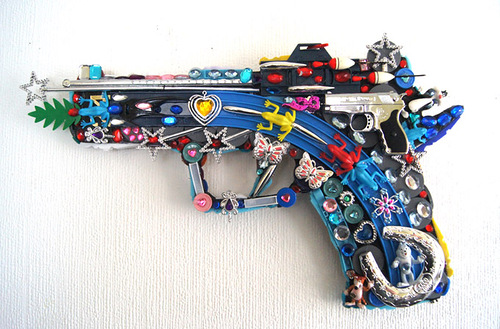 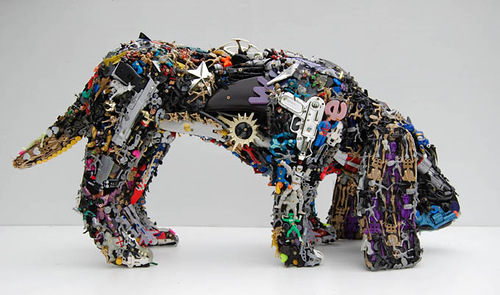 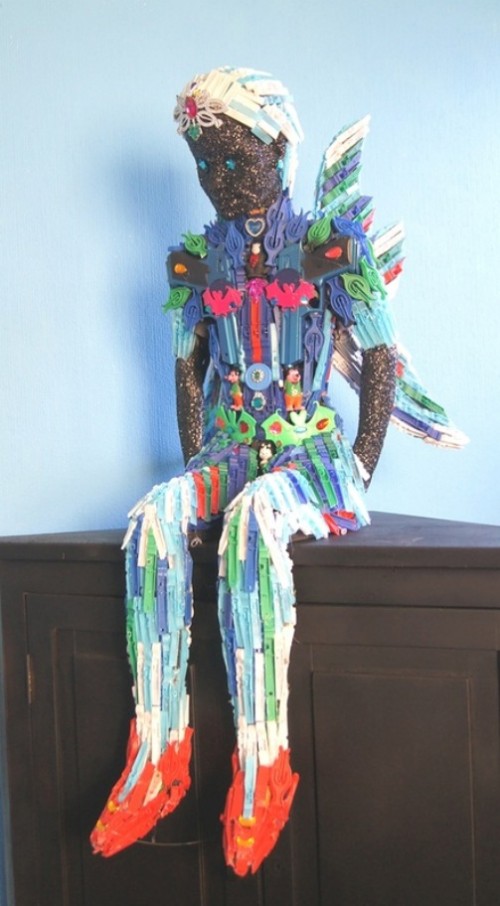