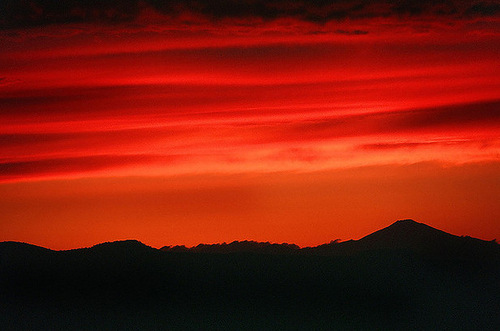 Thanks to the stimulating effect of the red color, it is good against general physical exhaustion and weakened immunity. In addition, this color increases the hemoglobin content in the blood and thus prevents anemia. Also, regulates the action of the heart, liver and kidney and rectum, and promotes muscle relaxation. Traditionally, the smbolic images of this color are fire and blood. Besides, red energy fills you with desire for life, strengthens different expressions of love and creativity, and enhances body’s internal resources. In Russian, the word for red comes from the same old Slavic root as the words for “beautiful” and “excellent”. Thus, Red Square in Moscow, named long before the Russian Revolution, meant simply “Beautiful Square”. 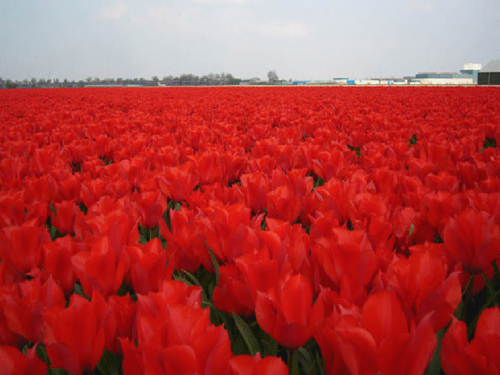 Idiomatic expressions:
to see red – to be angry or aggressive;
to have red ears or a red face means to be embarrassed);
to paint the town red is to have an enjoyable evening, usually with a generous amount of eating, drinking, dancing;
to raise a red flag – to signal that something is problematic;
like a red rag to a bull – to cause someone to be enraged;
to be in the red – to be losing money, from the accounting habit of writing deficits and losses in red ink;
a red letter day – a special or important event, from the medieval custom of printing the dates of saints’ days and holy days in red ink;
to print in red ink – for emphasis or easy identification);
to lay out the red carpet or give red-carpet treatment – to treat someone royally as a very special person;
to catch someone red-handed – in the act of doing something wrong, such with blood on his hands after a murder or poaching game;
red herring – A false clue that leads investigators off the track. Refers to the practice of using a fragrant smoked fish to distract hunting or tracking dogs from the track they are meant to follow.

According to belief, in the United States red cars are stopped for speeding more often than other color cars. However, there is no statistical evidence that this is true. Many police departments have denied it, saying their officers stop drivers for their behavior, not the color of their cars. 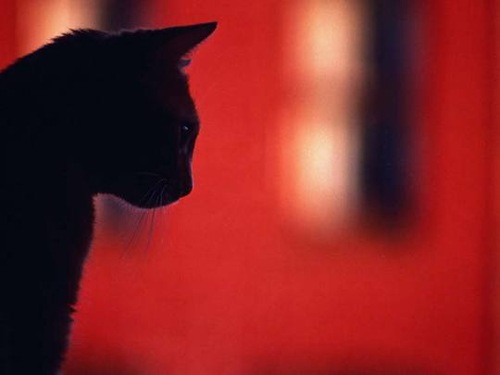 The one survey that was made on this subject in 1990 by a St. Petersburg, Florida newspaper showed that the number of speeding tickets given to drivers of red cars was about the same as the proportion of red cars on the road in the community.

In ancient Egypt, red was associated with life, health, and victory. Egyptians colored themselves with red ochre during celebrations. Egyptian women used red ochre as a cosmetic to redden cheeks and lips, and also used henna to color their hair and paint their nails.

In ancient Greece and the Minoan civilization of ancient Crete, red was widely used in murals and in the polychrome decoration of temples and palaces. The Greeks began using red lead as a pigment.

In Catholic Church – it symbolized the blood of Christ and the Christian martyrs – and it associated the power of the kings with the sacred rituals of the Church.

In the Middle Ages red clothing was a sign of status and wealth. It was worn not only by cardinals and princes, but also by merchants, artisans and town people, particularly on holidays or special occasions. 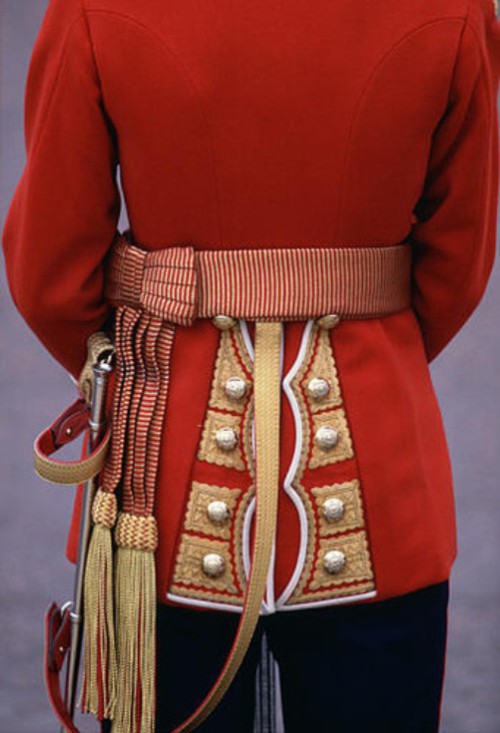 During the French Revolution, Red became a symbol of liberty and personal freedom used by the Jacobins and other more radical parties. Many of them wore a red Phrygian cap, or liberty cap, modeled after the caps worn by freed slaves in Ancient Rome. During the height of the Reign of Terror, Women wearing red caps gathered around the guillotine to celebrate each execution.

Describing his painting, The Night Cafe, to his brother Theo in 1888, Van Gogh wrote: “I sought to express with red and green the terrible human passions. The hall is blood red and pale yellow, with a green billiard table in the center, and four lamps of lemon yellow, with rays of orange and green. Everywhere it is a battle and antithesis of the most different reds and greens.

Red has been an important color in Chinese culture, religion, industry, fashion and court ritual since ancient times. Red played an important role in Chinese philosophy. It was believed that the world was composed of five elements: metal, wood, water, fire and earth; and that each had a color. And Red was associated with fire. 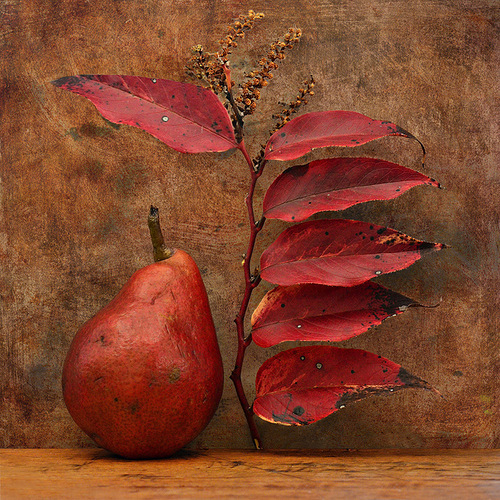 A pear and a branch. Beautiful Red color symbolic meaning

Many kinds of mammals, such as dogs and cattle, have dichromacy, which means they can see blues, yellows and greens, but cannot distinguish red or orange. Bulls, for instance, cannot see the red color of the cape of a bullfighter, but they are agitated by its movement

At sunrise and sunset, the blue and green components are removed almost completely, leaving the longer wavelength orange and red light. The remaining reddened sunlight can also be scattered by cloud droplets and other relatively large particles, which give the sky above the horizon its red glow.

Mars is called the Red Planet because of the reddish color imparted to its surface by the abundant iron oxide (salt) present there.

Red giants are stars that have exhausted the supply of hydrogen in their cores and switched to thermonuclear fusion of hydrogen in a shell that surrounds its core. Despite the lower energy density of their envelope, red giants are many times more luminous than the Sun due to their large size.

A red dwarf is a small and relatively cool star, which has a mass of less than half that of the Sun and a surface temperature of less than 4,000 K. Red dwarfs are by far the most common type of star in the Galaxy, but due to their low luminosity, from Earth, none is visible to the naked eye.

Fire is often shown as red in art, but flames are usually yellow, orange or blue. Some elements exhibit a red color when burned: calcium, for example, produces a brick-red when combusted. 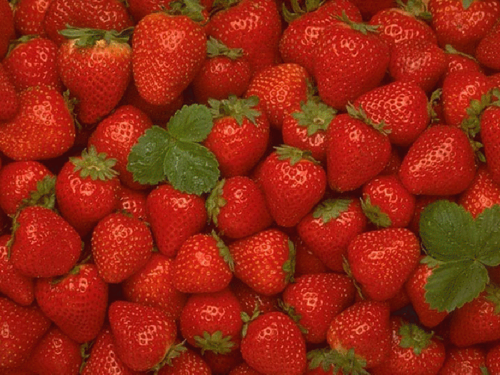 The color most commonly associated with love, followed at a great distance by pink. It the symbolic color of the heart and the red rose, is closely associated with romantic love or courtly love and Saint Valentine’s Day. Both the Greeks and the Hebrews considered red a symbol of love as well as sacrifice. 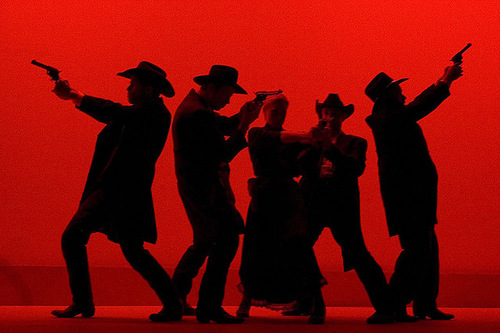 The color most commonly associated with joy and well being. A red carpet is often used to welcome distinguished guests. Red is also traditional color of seats in opera houses and theaters. Scarlet academic gowns are worn at by new Doctors of Philosophy at degree ceremonies at Oxford University and other schools. 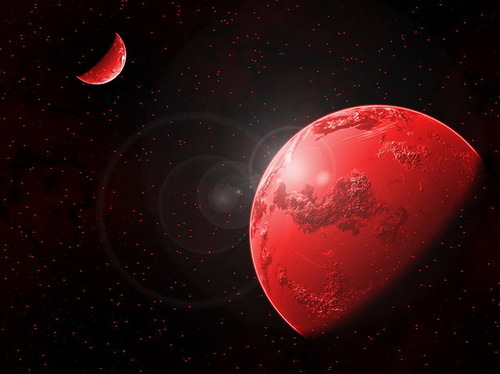 In China, it is the color of good fortune and prosperity, traditionally worn by brides. Christian countries, traditionally Santa Claus is wearing red. In fact, in the 4th century the historic Saint Nicholas was the Greek Christian Bishop of Myra, in modern-day Turkey, and bishops then dressed in Red. 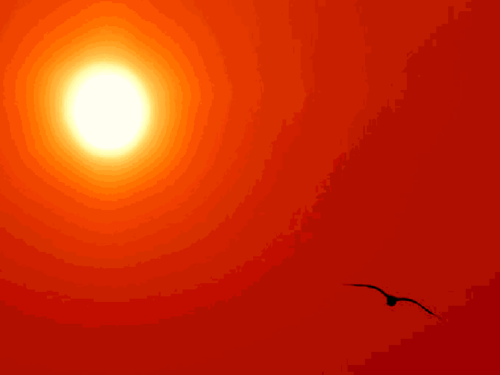 The rays of sun color the dark sky in red 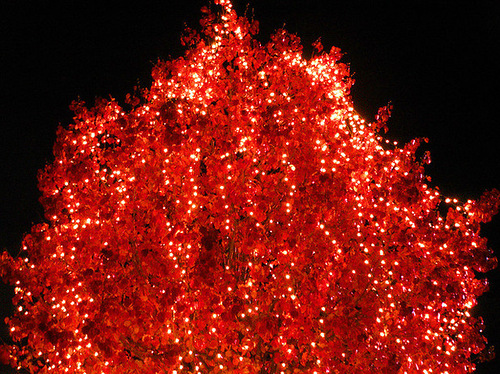 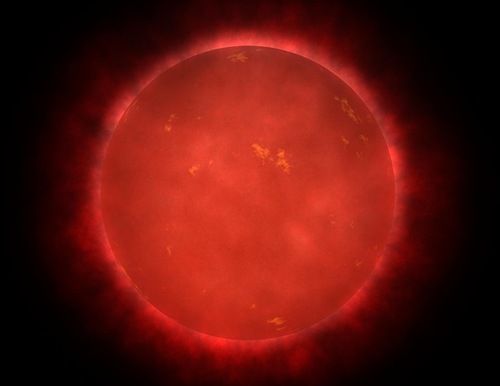 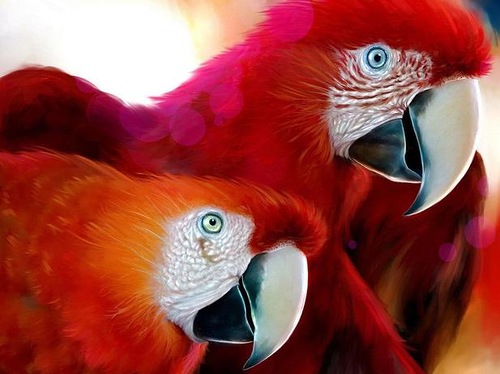 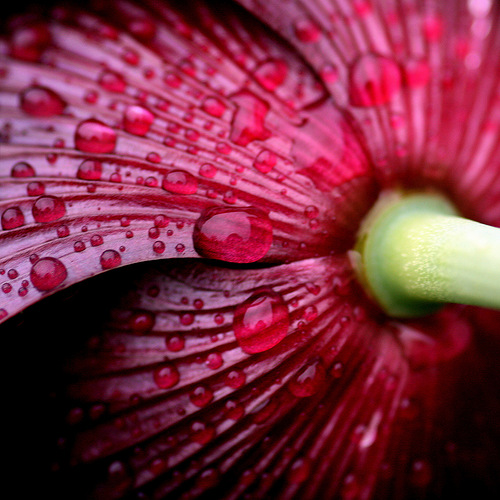 Closeup of a flower 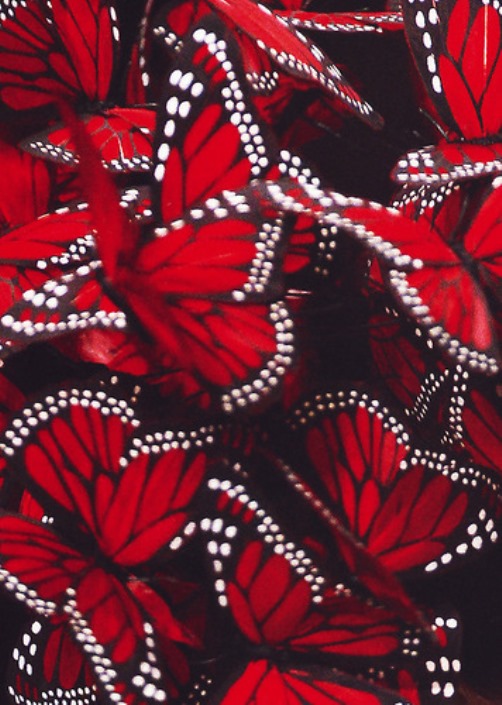 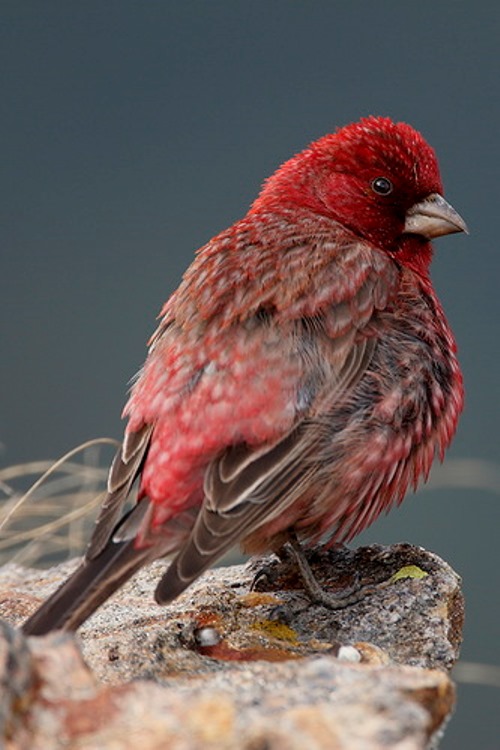 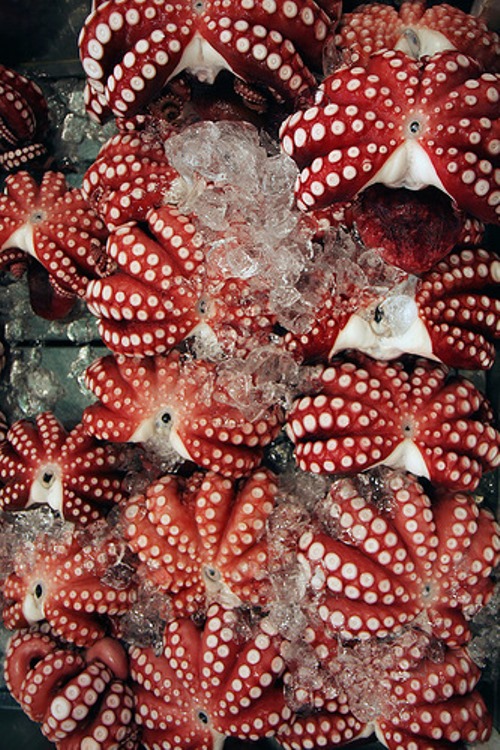 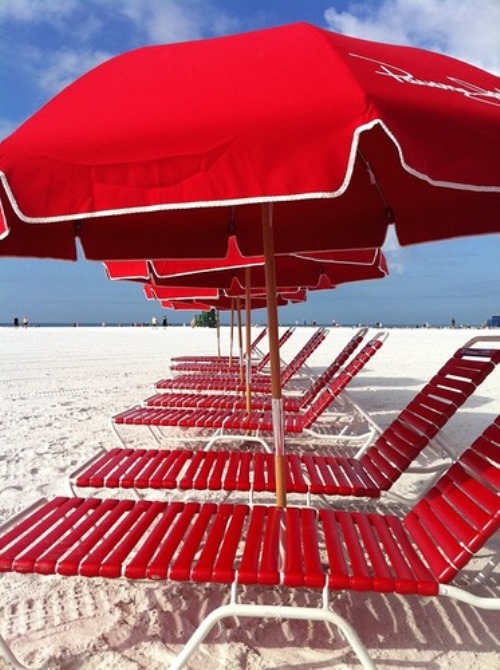 Loungers and umbrellas on the beach 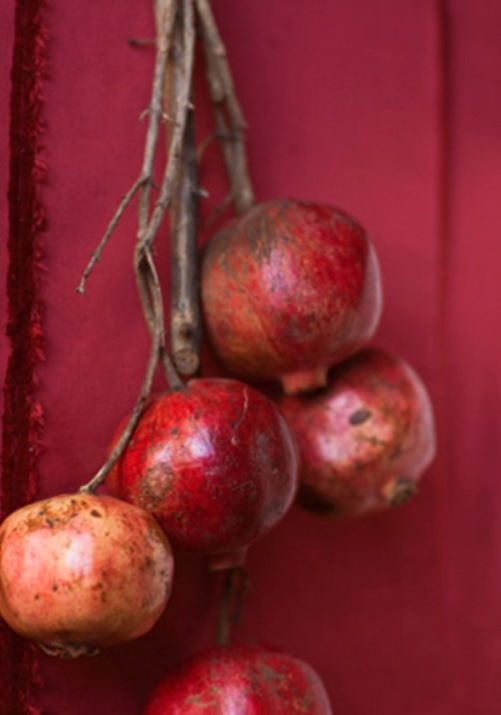 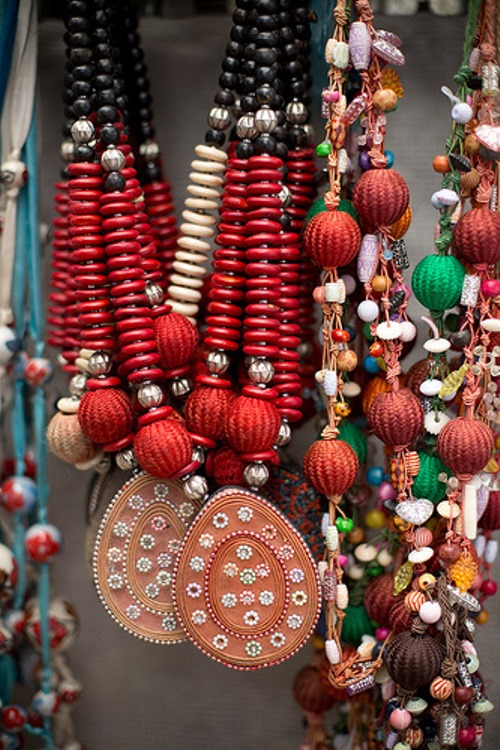 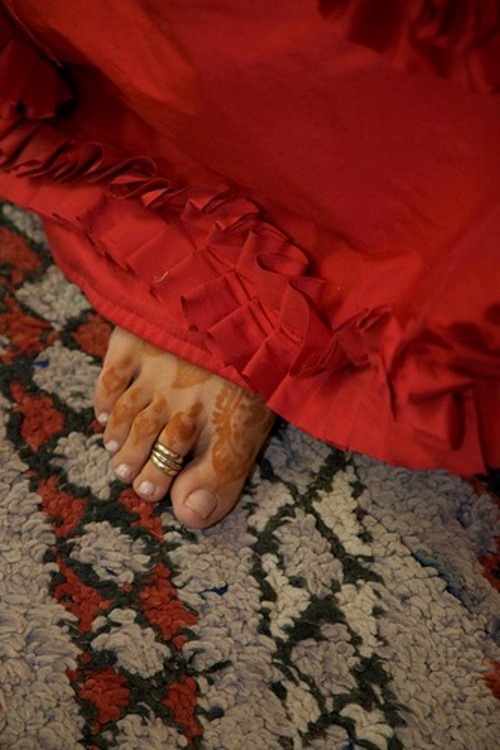 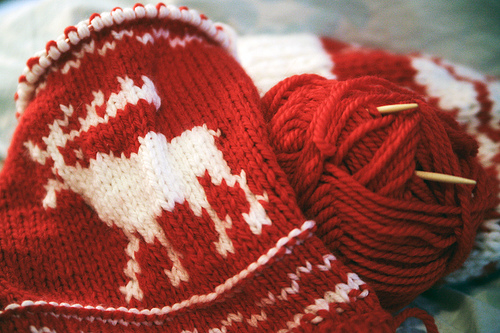 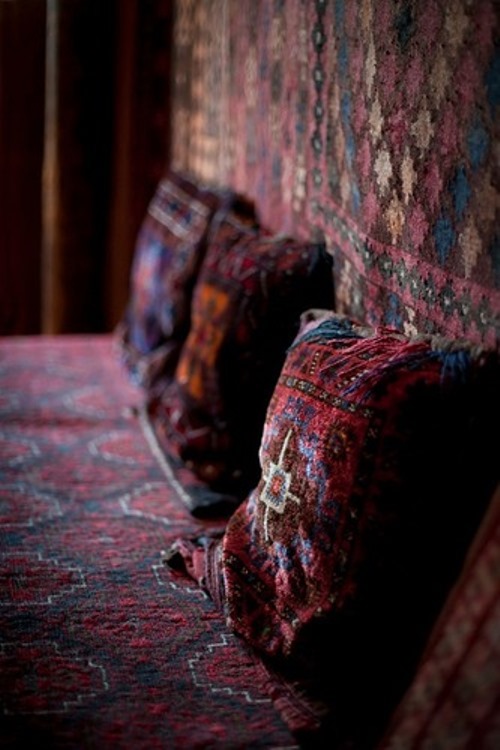 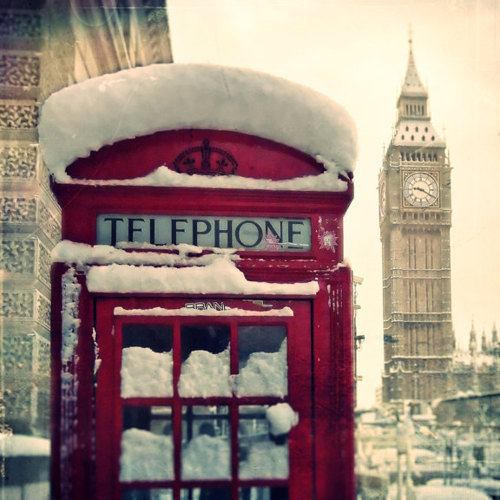 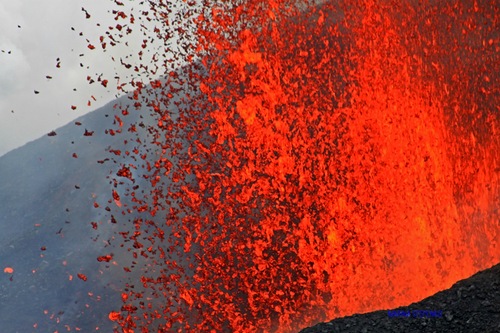 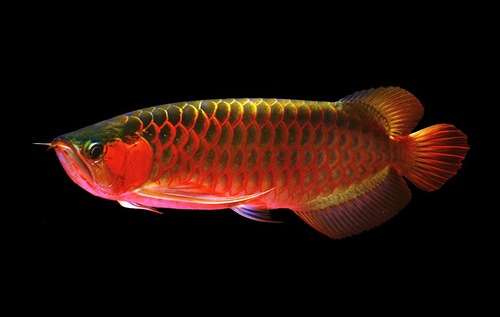 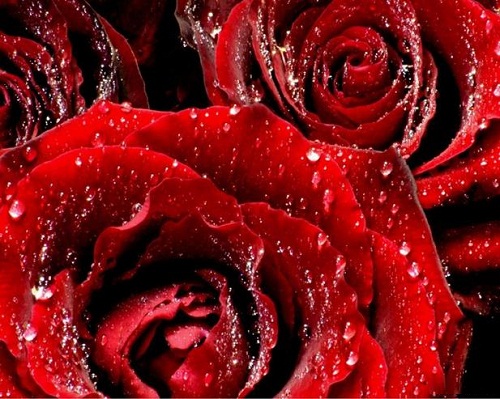