Secret House in the forest built by Joel Allen 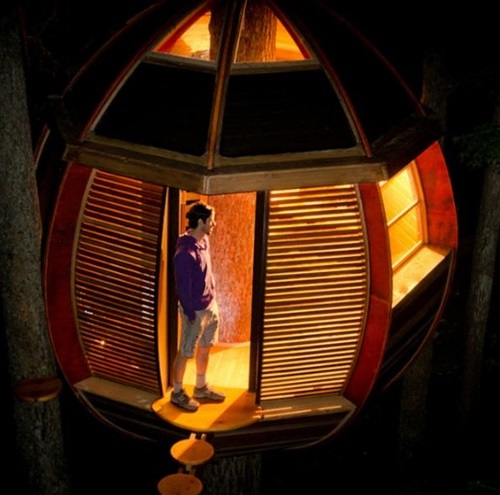 Secret House in the forest built by Joel Allen
The former computer technician and currently carpenter, Joel Allen secretly built incredible treehouse hidden in Canada’s Whistler forest. Meanwhile, it took him months to find the right tree to build on. And when he found the spot, it was on public land looking down on a row of multi-million dollar homes. So, without telling anyone, he started off by creating a scale model of his design. Besides, he had to test its strength and durability, before beginning the months-long quest to find the perfect tree. Noteworthy, without the money to buy property, he decided to do it on Crown land in the forests of Whistler. 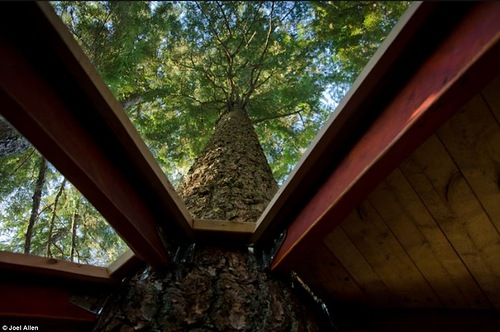 The detail of the incredible egg-shaped tree-house built by Joel Allen in Whistler forest, Canada

‘Finding that perfect spot on Crown land wasn’t so easy,’ he said. ‘I had an informal checklist of requirements, the most important ones being that it within a reasonable distance to a road, yet out of sight and out of earshot of human traffic.

‘The other requirement was hard to qualify, but was of prime importance: the shape of the egg would need to suit the environment and be proportionate to the tree. I couldn’t explain exactly what that was but I figured I would know it when I saw it.’

Mr Allen found it in a patch of old growth near a development of multi-million dollar homes, then began secretly constructing it. The process took years, thousands of dollars, and many free items found on Craigslist.

Secret House in the forest built by Joel Allen 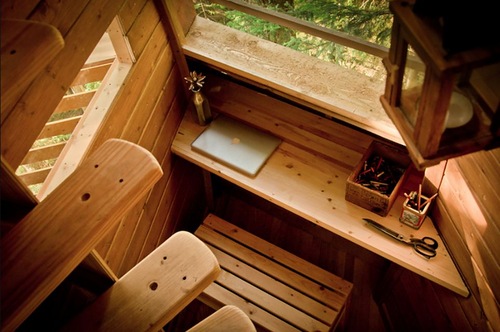 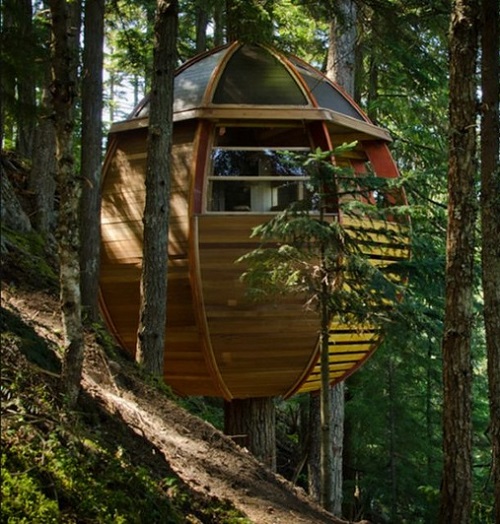 Located in the forest egg-shaped treehouse 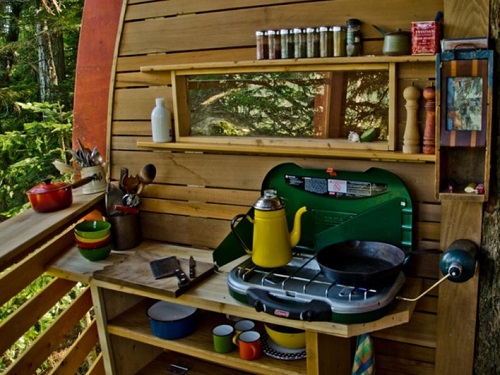 A kitchen in the house 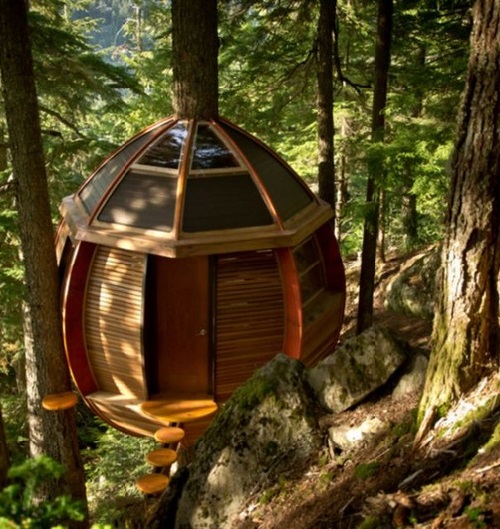 A treehouse built by Allen in Whistler forest, Canada 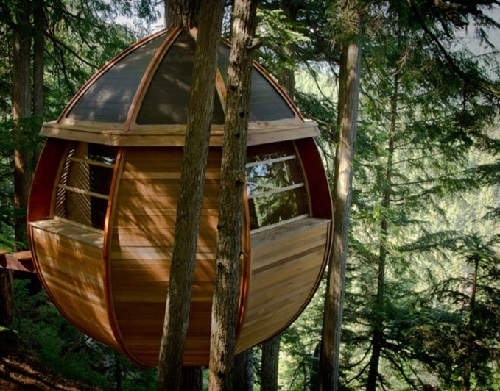 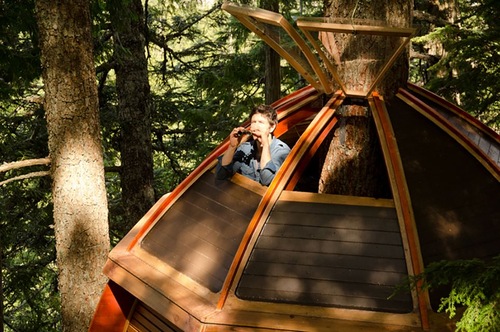 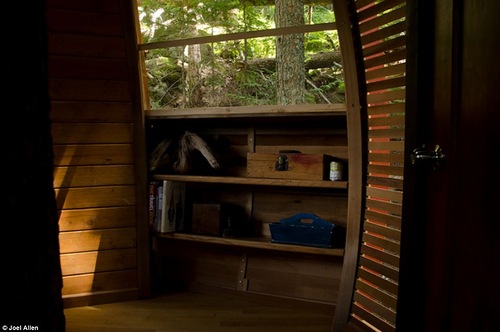 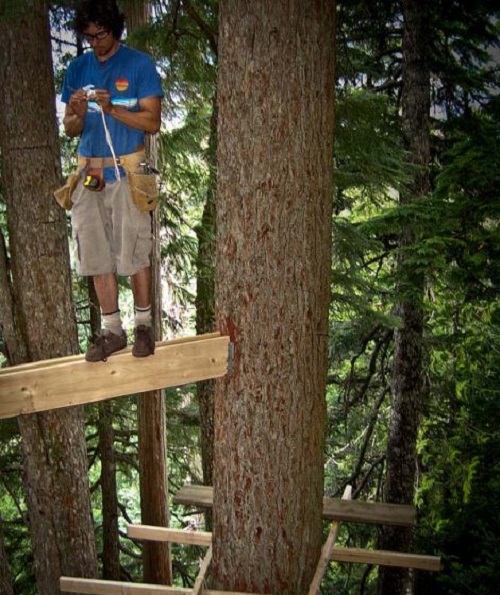 The construction place for a future house 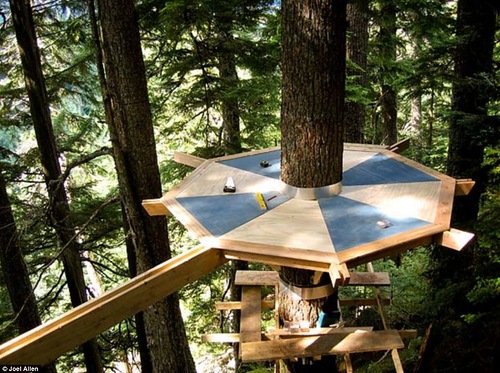 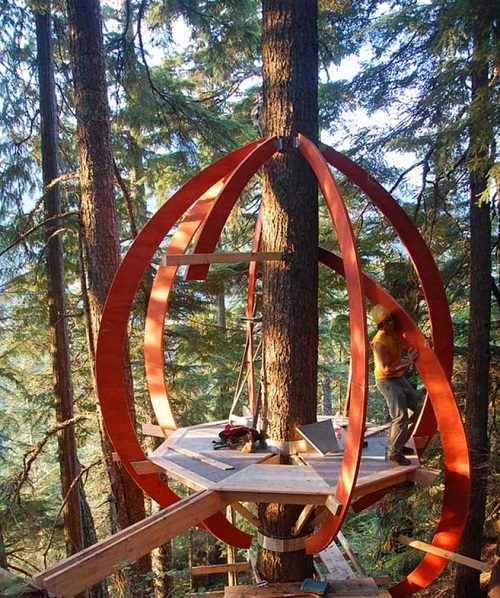 Built on a tree egg-shaped house by Joel Allen