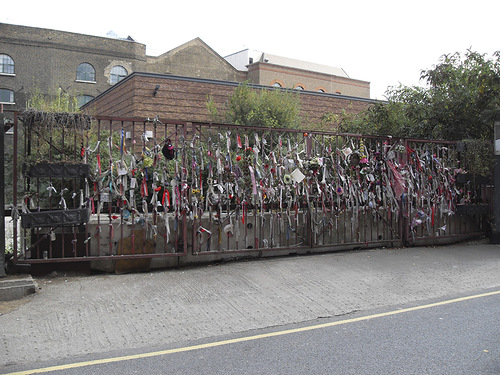 Cross Bones Graveyard, known also as Redcross Way, is a post-medieval cemetery in The Borough, Southwark, south London. It’s an ancient site, dating from medieval times and a large proportion of up to 15,000 people buried here are said to be prostitutes and their children. In 1992 archeologists found a highly overcrowded graveyard with bodies piled on top of one another. Tests showed those buried had suffered from smallpox, tuberculosis, Paget’s disease, osteoarthritis, and vitamin D deficiency. A dig in 1992 uncovered 148 graves, dating 1800 – 1853. Over one third of the bodies were perinatal, a further 11 percent were under one year old. The adults were mostly women aged 36 years and older. The gates to forgotten graves are permanently decorated by a changing array of messages, ribbons, flowers and other tokens. 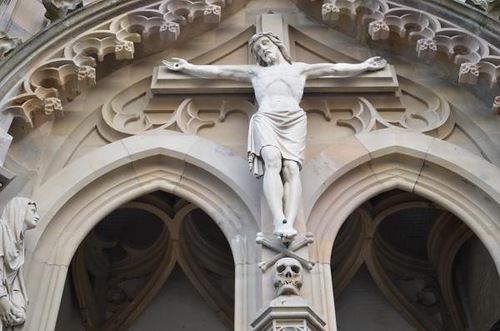 I was born a Goose of Southwark
by the Grace of Mary Overie
whose Bishop gives me licence
To sin within The Liberty.’

from The Book of The Goose
The Southwark Mysteries, John Constable

Here lay your hearts, your flowers,
Your Book of Hours,
Your fingers, your thumbs,
Your Miss You, Mums.
Here hang your hopes, your dreams,
Your Might-Have-Beens,
Your locks, your keys,
Your Mysteries. 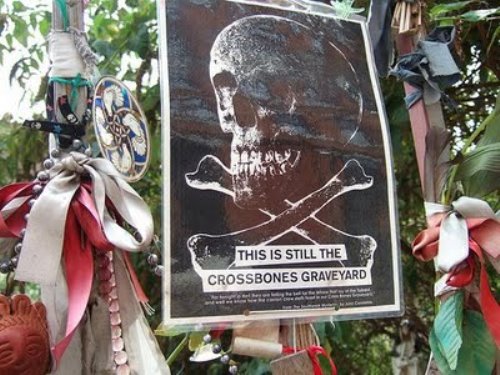 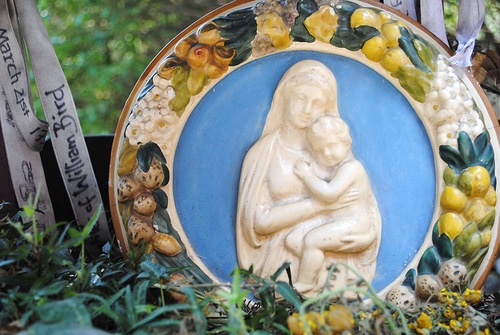 At the cemetery Cross Bones 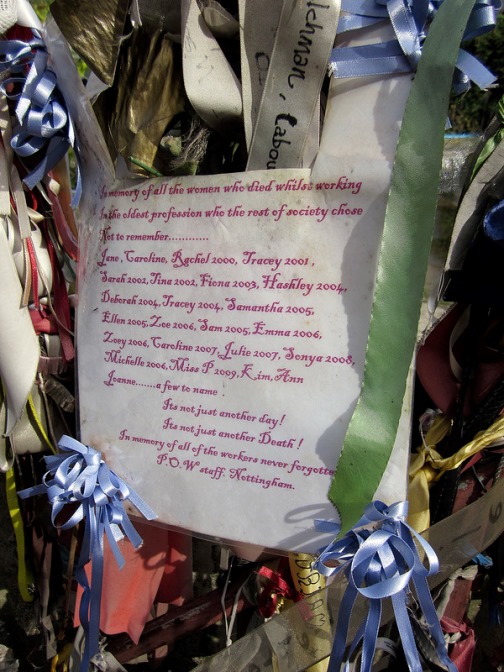 Message at the grave yard 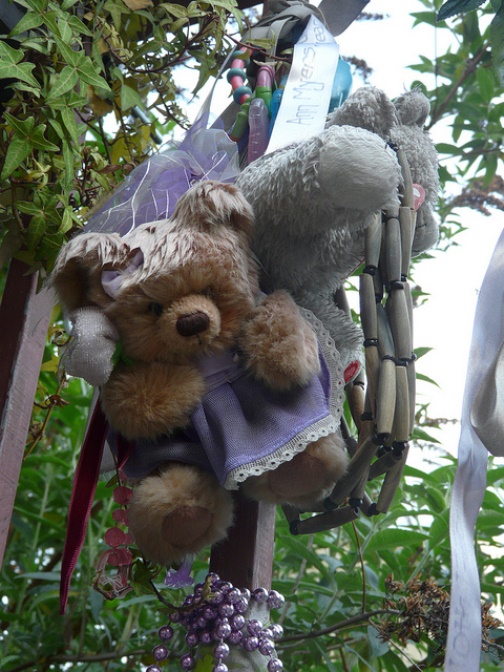 Toys at the Cross Bones 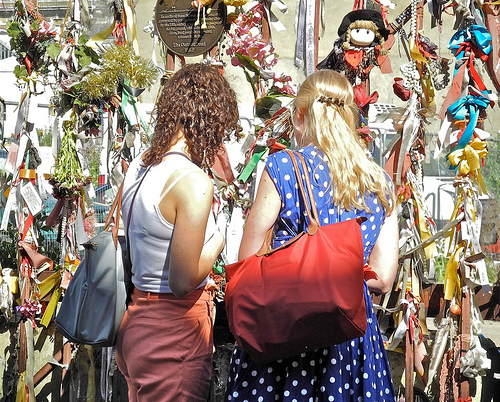 Visitors at the graveyard 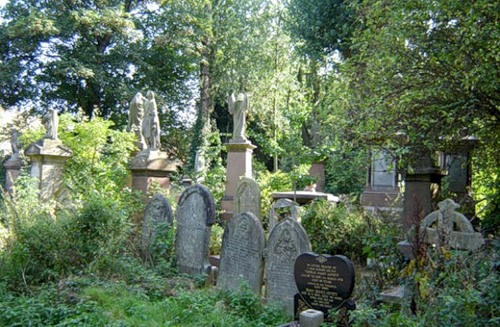 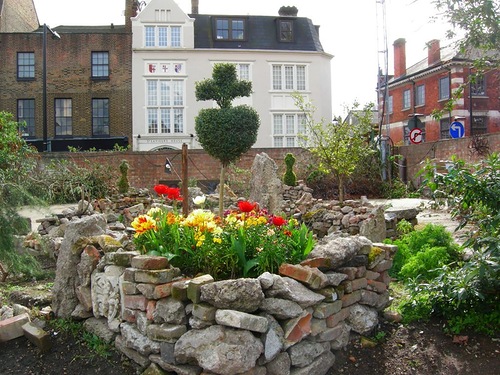 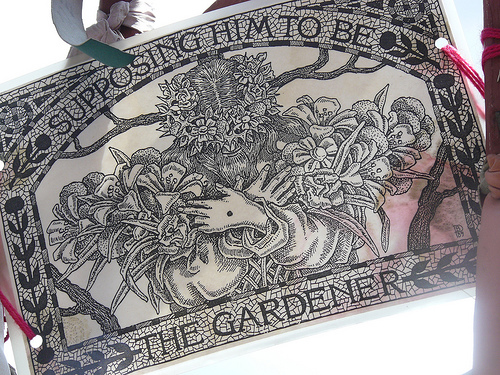 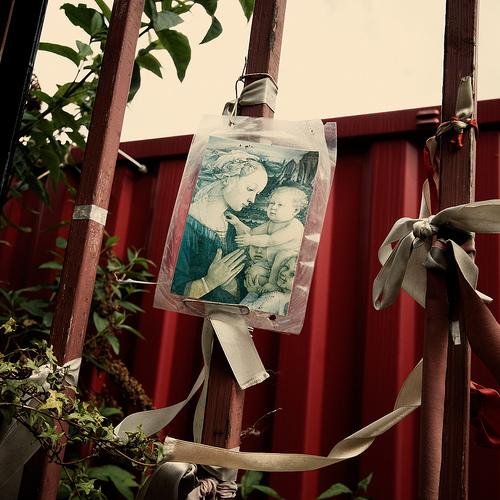 According to researchers, over one third of the bodies were perinatal, a further 11 percent were under one year old 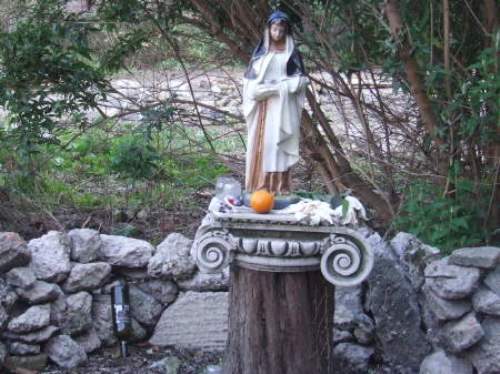 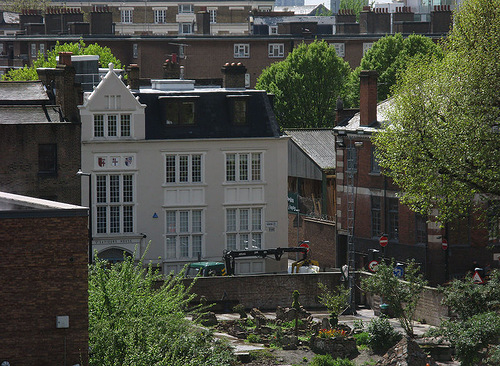 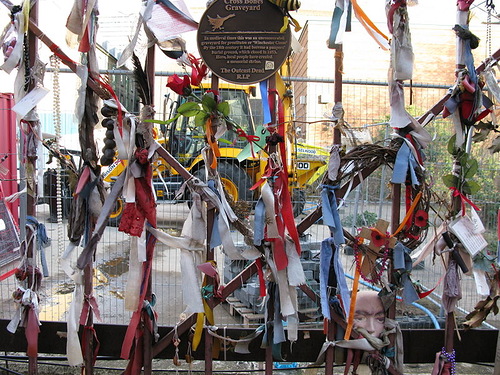 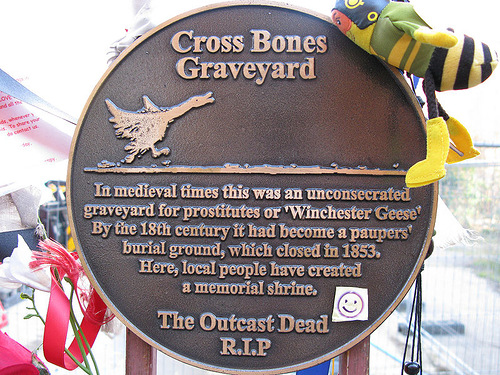 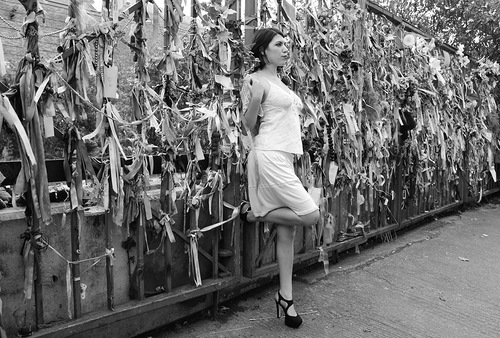 Ribbons, flowers and other tokens at Cross Bones 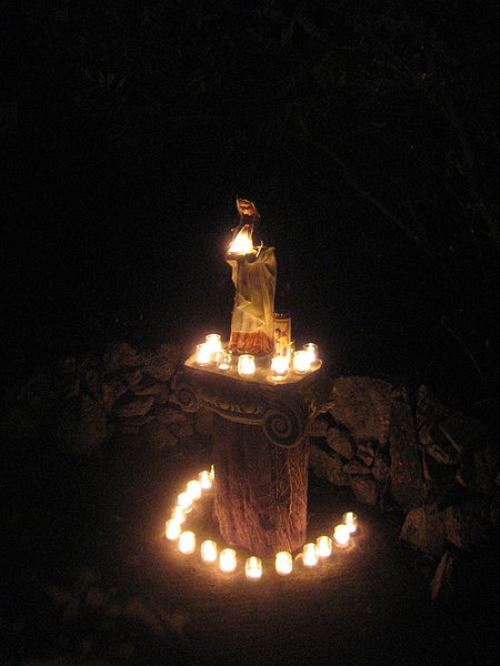 The statue at night, Cross Bones