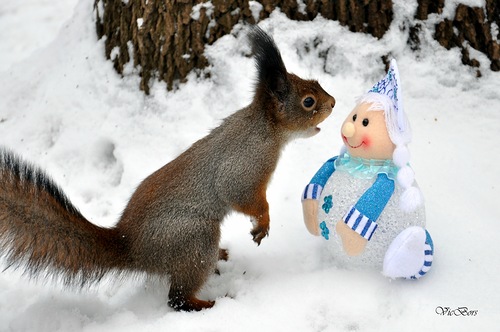 A jaw dropped in surprise curious Squirrel and snowmaiden. Photo series of Moscow based Photographer Viktor Samoilov made in one of a local parks on the New Year’s Day eve (December 31, 2012)

Curious Squirrel and snowmaiden
Born on October, 1959, Viktor Samoilov is a creative self-taught photographer. He lives and works in Moscow. His photographs are very popular on the Russian photo site yandex.fotki, they have thousands of views, and lots of positive comments from viewers. Just look at this curious squirrel, which the creative photographer met in a local park. The picture was taken December 31, 2012, on the Christmas eve, which is celebrated on 7th January in Russia. By the way, this funny photo has 316 973 views for just one week. 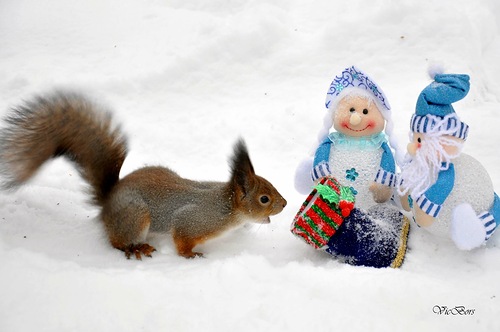 Squirrel and a snowmaiden in a local park, somewhere on the Christmas eve. Although the photo session in the winter park is staged, the reaction and the behavior of this cute squirrel is just amazing. Photographer Viktor Samoilov 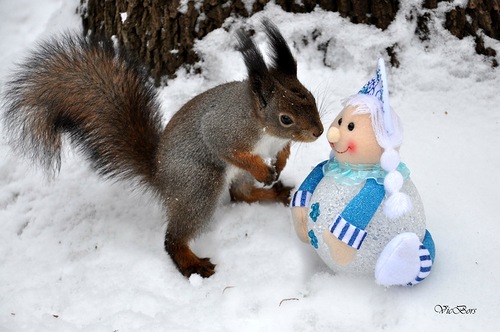 Trying to start a communication curious squirrel in one of the Moscow parks, just on the Christmas eve 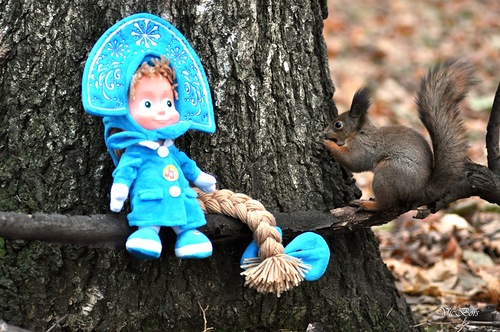 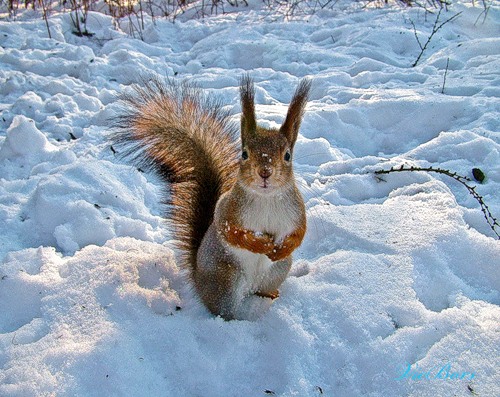 Posing to the photographer squirrel acts like a professional model 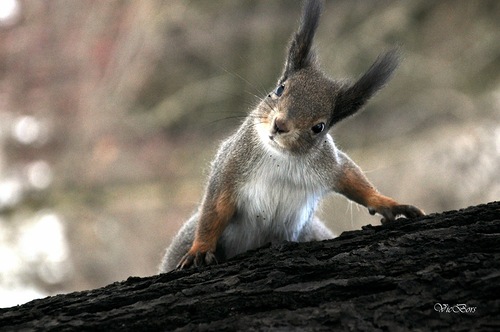 Professional model, a local squirrel living in the winter park 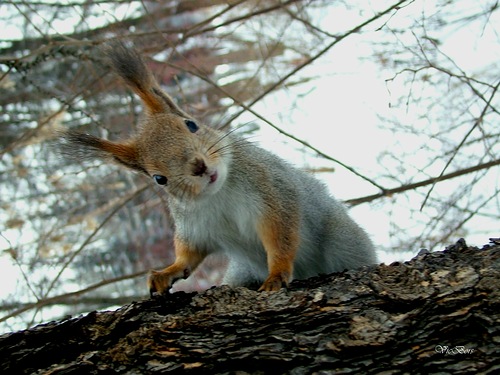 Gray squirrels are quite used to humans and many will come close to people hoping they will be fed. However, squirrels deserve our respectful distance. They have very sharp teeth and sharp claws and defend themselves by biting and scratching if they are startled. However, they are fun to observe. Think of it like this — people are HUGE to the little squirrels. If a HUGE animal tried to play with you…would you defend yourself? Of course! So treat them with gentle respect…and they can be wonderful “wild friends”.